Last November the GSBTB Open Music School (OMS) teamed up with CreAid Network Berlin to help launch a project from the Syrian musician, Nabil Arbaain. The project is called Al Khaimeh (The Tent in Arabic). Next week it’s time for the second edition.

Al Khaimeh is a series of musicians’ meet-ups designed to bring newcomer and established Berlin musicians together to forge new friendships and collaborations and further open up Berlin’s already vibrant music scene. The organisers believe everyone should have equal opportunities to share their musical talents in this amazing city no matter where they are from, how they got here, or how much money they have.

The first event (held at Klingendes Museum Berlin) was a great success with well over sixty participants introducing themselves, meeting potential collaborators, jamming for hours and just hanging out. At one stage there were musicians of six different nationalities playing music together and it sounded great! 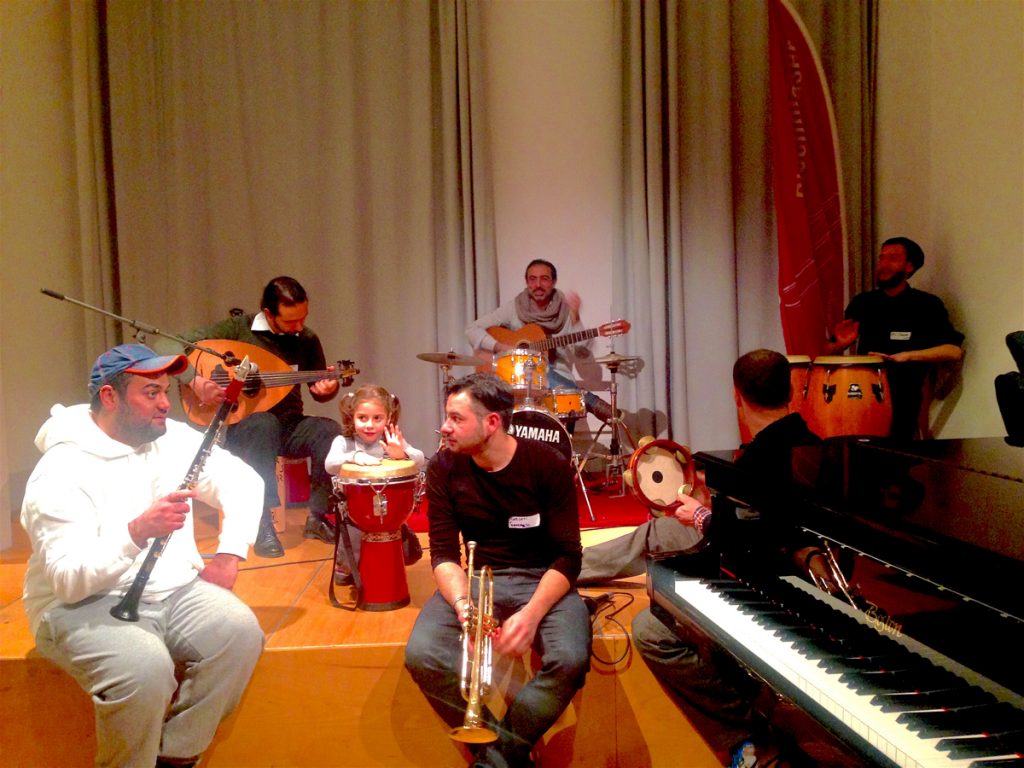 Next week on the 13th of March at 19:00, the Open Music School is teaming up with Noize Fabrik (Elsenstraße 52, 12059 Berlin) to bring you the second edition of Al Khaimeh! Noize Fabrik is a multi-purpose space dedicated to the Audio & Creative Industries aiming to “provide an environment where like-minded people can collaborate, learn, create, network and follow their passion for music and sound”.

After receiving so much positive feedback after the first event, the OMS has identified several key focus areas for future Al Khaimeh events. These include workshops on how to make press-kits, how to apply and plan for festivals, hip-hop/rap production, among others.

Al Khaimeh is open to everyone! Musicians, poets, bookers, promoters and anyone interested in an open and supportive musical community.

This time we will be joined by the GSBTB Open Kitchen who will be making delicious treats to keep us all going!