One year in Berlin

The GSBTB Magazine has partnered with ABWAB, a new monthly newspaper in Germany by newcomers and locals, for Arabic and German speakers.

In this first collaboration, journalist Rama Jarmakani shares diary entries from her first year in Berlin.

I have not felt such inner peace for a very long time. For the last four year I haven’t slept and I have forgotten what fear is. Today, it’s been a month since the life that I abandoned. I feel like a little girl who ran under a blanket to protect herself from the cold. I did not leave anything for her to remember me by, I just put a lot of kisses on her forehead, left her at the border and walked away.

I did not bid farewell to my life as I was supposed to do. I did not bid farewell to a Damascus known as the city of the greatest grief, the capital of bereavement. I neither said goodbye to the streets nor to my family and friends who have been a kind of jacket to protect me from the winter. I knew the last person to whom I would say goodbye would be the immigration officer who threw my passport at me while I was expecting a smile. I tried to remain positive and I wanted my last memory of my country to be good, but it failed. 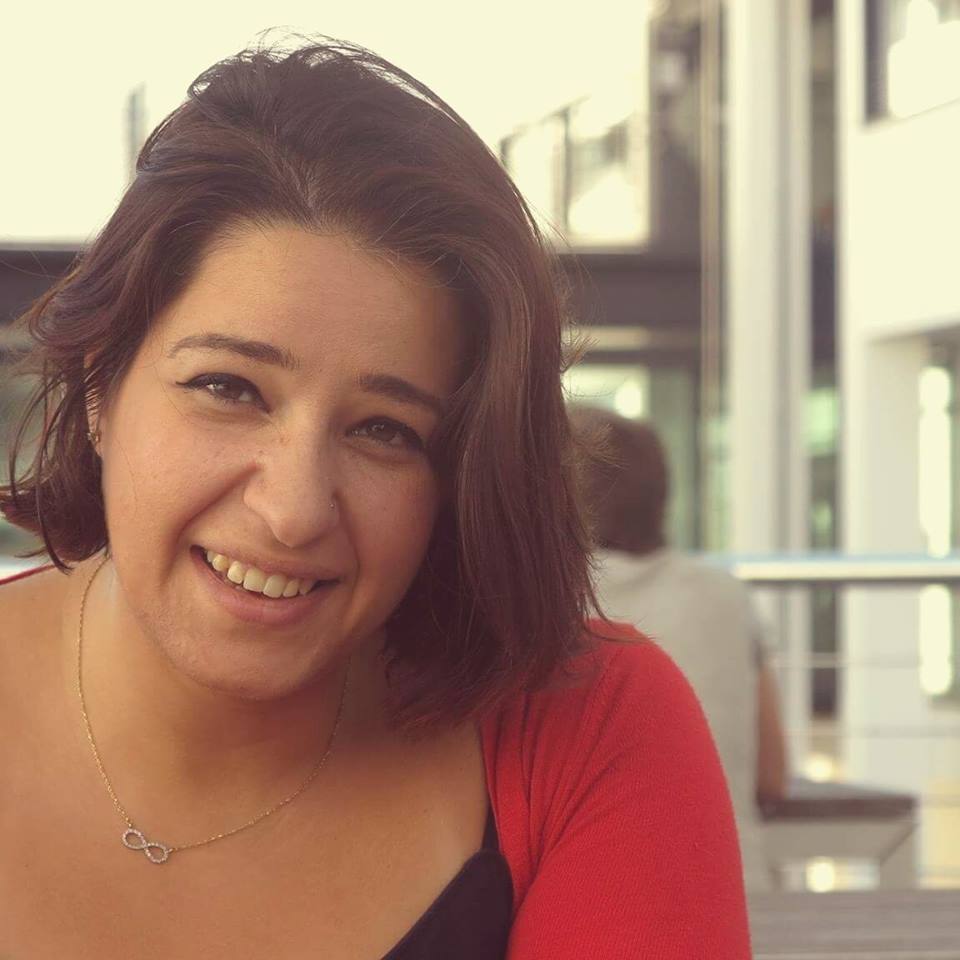 I turn the pages back and laugh but I do not know what kind of return I am talking about. Today I am with those people who were strangers for me just a month ago. I did not even know about their existence and I still don’t even know their full names. Everything changes, even my interest for my own language or the importance of my name.

Every day in the underground station, the same scene repeats: the train comes in a hurry and takes my mind to Hollywood, as if I am in one of the movies. But such things come as a coincidence: having your hair curves flying in the air and seeing that smile to start a Hollywood story. However, I know that those perfect stories only happen in movies.

I hear dozens of saddening stories of suffering Syrians every day, stories that one can see on the faces of even the last generation. But this suffering no longer interests me; it has been a long time since I left the pain behind. Travel is like morphine running through your veins, a strong painkiller.

Exile is where people accept everything since they are not given a choice, they cannot even shape their own lives. This was what I did not understand two weeks ago.

Each time I told myself that I wanted to go back, I lied. I haven’t surrendered yet.

I tried out being mute and it was, indeed, difficult. Twenty-four hours without hearing my own voice, but I succeeded and now it is time to disappear.

I was not used to looking into the eyes of people in Damascus but here I look at all the faces, not out of curiosity but to find an answer to this question: if these people were born here, why are they still here despite the passing of time? 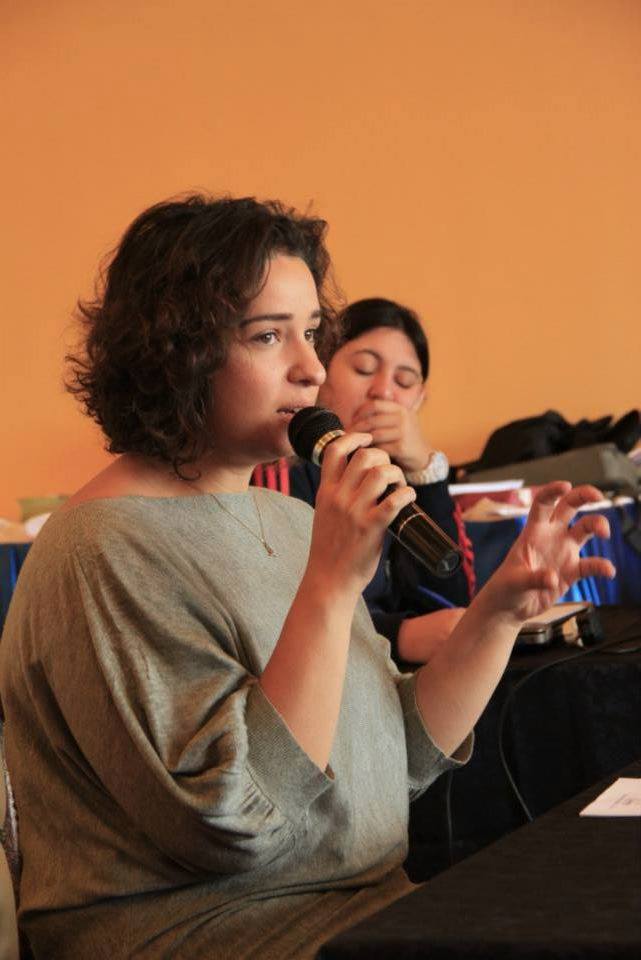 Rama speaking at an event in Germany.

Every day when I open my eyes, it takes me ten minutes to embrace the place, to realize the details of a new room, to see that I’m not in our house in Damascus. I look at the ceiling, I hear my mother’s voice and I smell my dad’s coffee. I check my mobile and I know that there is no job appointment that I am late to. I close my eyes for another two minutes, to wonder about that house and its smell.

Whenever it gets too cold here, the coat that I brought from Damascus accompanies me, not because it is warmer than German coats, but because of the value it has for me. Although it is not suitable for the weather here, I still wear it.

How ironic it is that I bought it despite the fact that it was not suitable for Damascus’ warm weather. It was actually made in Germany, but here it is not suitable because it isn’t warm enough. How much it is like me: the two of us with our confused identities and uselessness.

Every now and then when I was washing the dishes in Damascus, I would talk to myself in English, just to practice, since I believed it to be the language of the future. Later I came to know the value of my mother tongue when I paid for the translation from Arabic for the first time.

Whenever I lose my way, I immediately switch to technology. After spending months in this complicated city, I am no more afraid to lose my way since I have GPS with me to guide me wherever I go. It tells me when to walk and when to stop and it even tells me as I reach my destination. How much my soul needs a GPS!

After having a long discussion with my roommate about the miserable situation of my room, I was told that it neither bothers nor interests her. The situation of the most beautiful room in my house was a source of depression for me.

It terrifies me that time goes by and I am alone. Twenty four hours pass and I cannot find a single person to ask me how I am. At least a little conversation and exchange of news would be better than this. I am afraid of loneliness.

You may not believe me but when I saw you, I thought I’d finally found the lacking part of me in this strange country, like an old flute brought back to life.

I apologize to everyone but I cannot tell you about the tragedy of Syria since it bothers me to see the pity in the eyes of people when they hear that I am Syrian. I neither grieve nor feel shy, I only get upset. I have more things to be concerned about rather than my nationality, for instance “him”.

Today I complete a year away from Damascus. I feel nothing. I am neither sad nor happy. But wait, I have a job now although I am without it. I have a house but I do not live there. I am surrounded by a lot of people but I am still alone. I have a lot of friends but not a lover. The only thing that I am sure of is that it is life, just as it would be anywhere else.

I sometimes feel awkward about what I am doing, or even find my existence absurd. I had lost interest in living my life, but after several sessions with psychiatrist, I was told that it was depression.

I used to have daily pleasures that lit up my day. For instance, the happiness I felt whenever the electricity came back on, or when I arrived to find my house warm, or the bliss I felt when I found a parking spot in front of my house, or a special song playing by chance on the radio, or someone returning money I’d forgotten I’d lent them, a text message before sleep, an unexpected call. I miss all of these pleasures.

I used to think the homeland was where you felt comfortable. Well I have a job, house and friends here now, but today I realised that the homeland is where you have your memories.

This story was first published in ABWAB in Arabic.