Having worked in Tempelhof for over a year we often get questions from people asking if they can “drop by and see how it is”. People are curious, that’s human nature, but we always say no. That sad cold place is people’s “home” and they should not feel like animals in a zoo. However zoo is the name used by the residents themselves to describe the place. All photos in this story were taken by teenage girls living at Tempelhof refugee shelter, who are learning about documentary photography with GSBTB Open Art Shelter.

It was one of those sunny June afternoons, when I met Farideh nervously smoking a cigarette in front of the Hangars of Tempelhof Refugee Shelter. Using only the common language of hands and facial expressions I asked what happened. With the skill of an actress she mimicked a bird making poo on a bed in which a child was sleeping. Her exaggerated gestures made us laugh. Then the laughter turned into tears. She’d had enough.

I asked social workers if we could do something about the dirty pigeons flying and pooing inside the Hangars where people live with no protection above their heads. I was told, “if they stopped feeding them there would be no birds. As long as children throw bread crumbs they are responsible. Also, if people kept closing the doors to the yard, there would be no birds.”

If people kept closing the doors, there would be no air and no daylight, I thought. 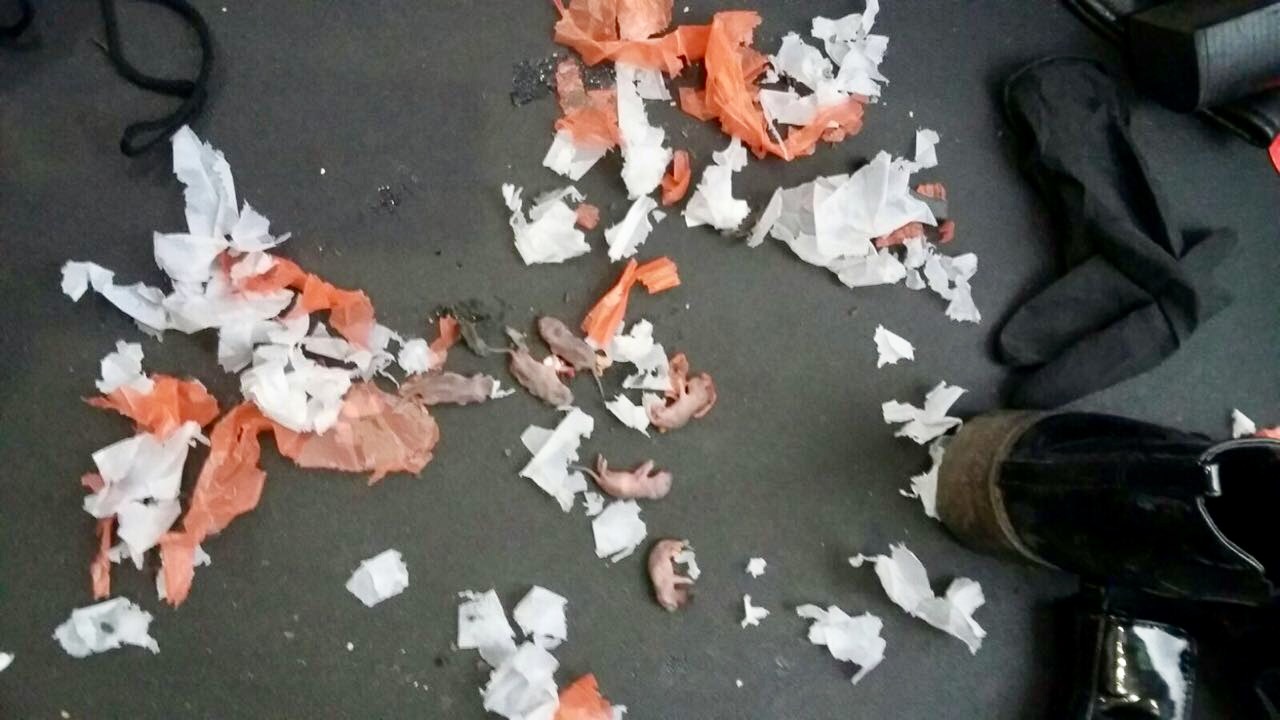 The photo is from one teenage girl’s “room” and yes, those are dead rats. Count the rats in the picture and ask if you would accept that for your daughter, mom, family, neighbour.

Almost one year later, Farideh is still here, living in the same small cube in Hangar 2 at the former Tempelhof Airport. Last Monday, I saw her screaming something in Persian at her neighbour. I asked what had happened, this time in German, as over these past few months people have shown courage to learn the local language, allowing us to exchange some gestures for words.

In the morning she had wanted to go to school, when she saw a rat inside a basket with clothes. Her favourite dress had holes in it. “We already have a mouse family living in our room. This rat is too much.”

We went to her room, where her husband, using fabrics and children’s play-do was trying to close the gates to mice houses. He seemed really proud of his constructions. “I need to repair it every day,” he added. He showed me a selfie with a mouse sitting on his pillow. It made us laugh. His face looked like he’d hunted a lion. But the laughter turned into tears. They’d had enough.

“Our kids do not sleep, they are afraid of the mice running over their bodies. It’s happened before. We shake our shoes before putting them on to be sure that there are no animals. At night you hear mice everywhere and almost every night someone screams because there are animals climbing up the beds.” 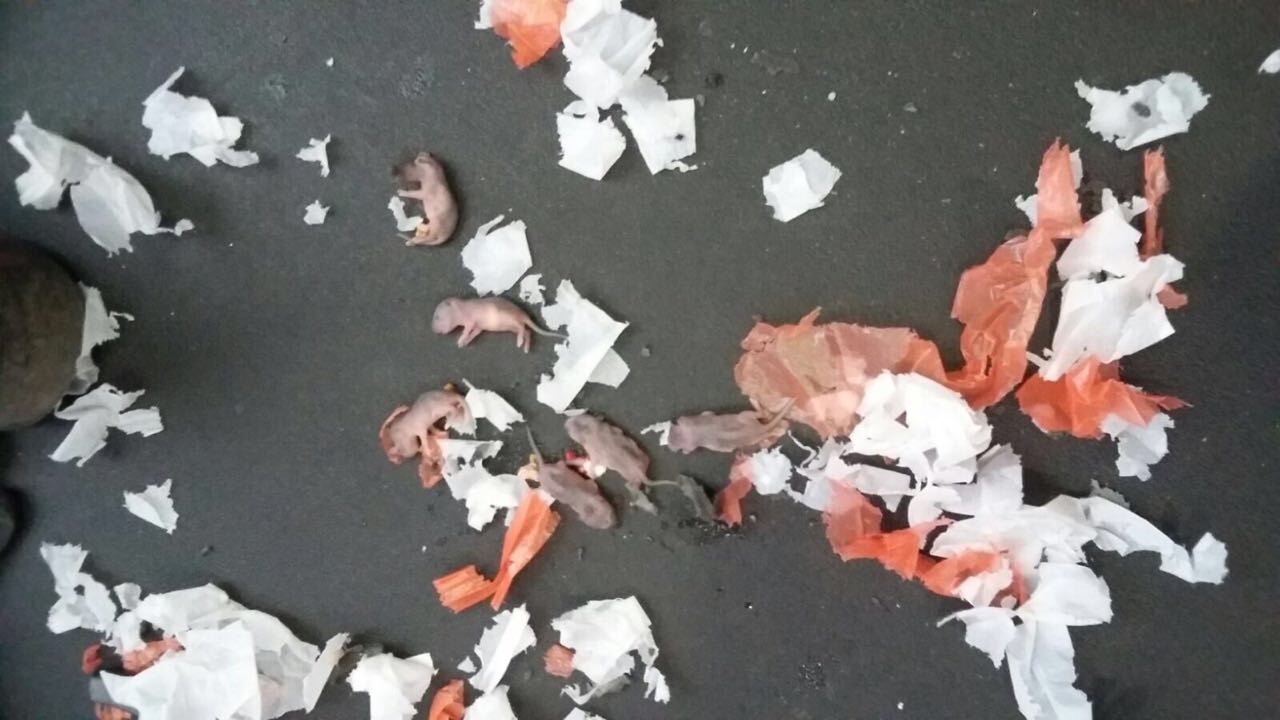 I asked the staff if we could do something about the unwanted residents. I heard “We try, but as long as the residents keep food in their rooms, there will be animals”. Residents do not have fridges, they have no other space to keep food. Food at the camp’s canteen is nothing they enjoy and nothing that staves off hunger for long. When you live somewhere for more than a year, you want the basic comfort of your favourite nuts, late-night snacks and some emergency baklava for lonely days.

Over the last weeks the mice have become topic number one. People advise each other on hunting techniques. The new hero is a Syrian woman who can catch a mouse with her hands. “I have so much anger for the wasting youth of my daughter in this prison. I sometimes enjoy this hunting. I imagine I punish the people who fight in Syria, not the mice. I imagine I am becoming strong and independent. I have to learn; I am a lonely mother.”

Another woman, the mother of six children from Iraq, tells me: “What hurts me the most is that the people responsible for the camp think that living in a disgusting and dirty room is normal in our culture. At least this is my impression, because they ignore our complaints about mice and hygiene. I wish I could show them photos of my beautiful kitchen and bedroom with decorative mirrors and blooming garden. They would feel ashamed of treating me like that.” 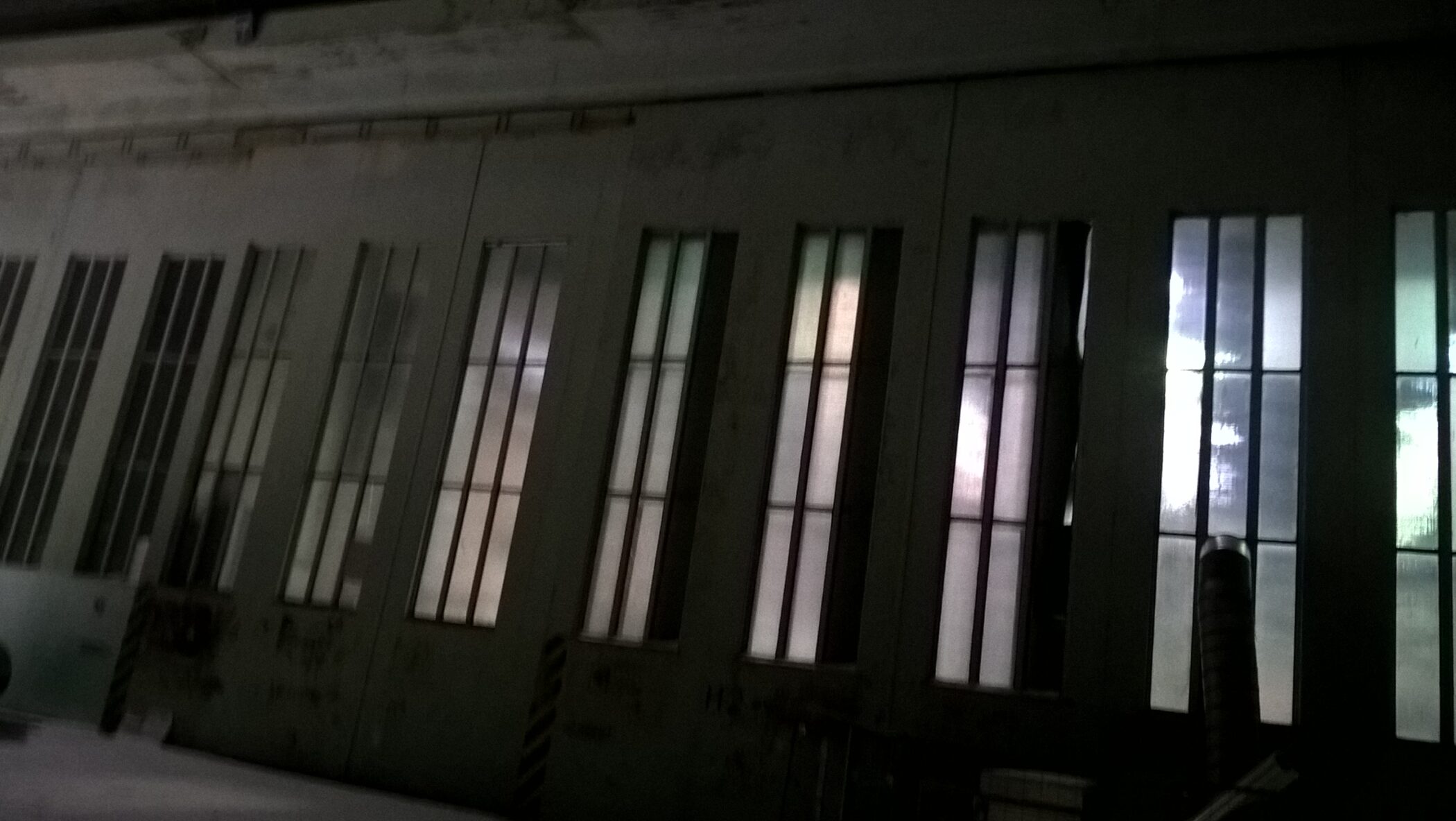 Last week we celebrated the Persian and Kurdish  New Year, Norouz. Part of the tradition is to put a goldfish on the table. I asked for camp permission to bring one. It was rejected by the management because, “all sorts of groups use the women’s room and who knows what might happen to the fish”.  This message stacked in my mind. I assumed that what was meant was actually protection of the people against accidents with glass fish bowl (glass is not allowed at the camp) and fish from the funny ideas kids could have (I remembered myself experimenting with goldfish swimming in coca cola and milk being not older than nine years old…). But exactly in this form of protection I find sadness of   superiority of the locals over the newcomers. It hides in lack of trust that these people can protect themselves, parents can take care of the children and build safe community without control being imposed on many aspects of their life. And if accidents happen, they happen as they do in normal life to all of us. But people living in Hangars of the Tempelhof are not treated like any of us. No wonder, they struggle feeling to belong. 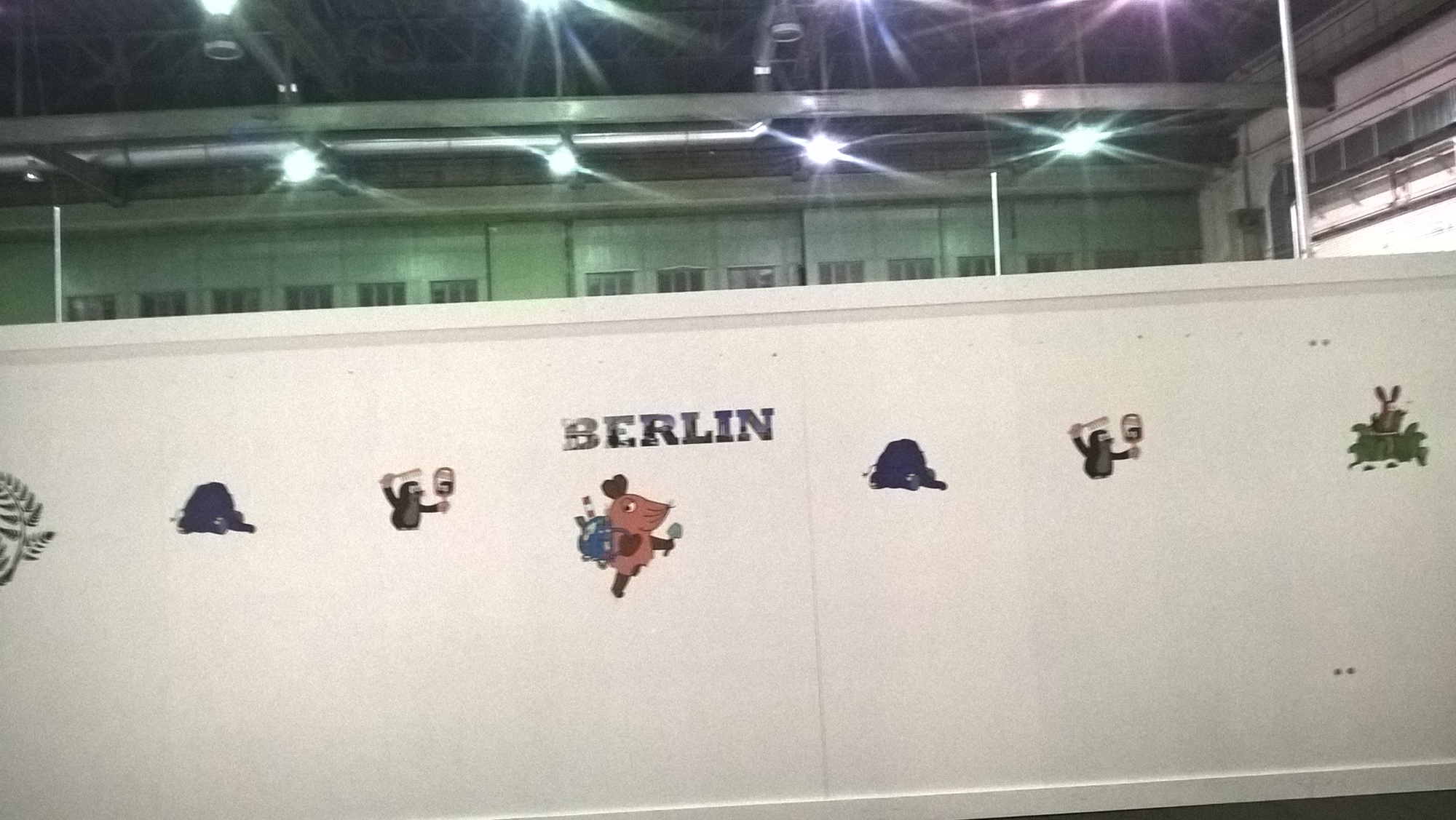 By the way: A volunteer in our group smuggled a goldfish inside the camp on Norouz day. It is still alive, swimming in a glass bowl next to the bed of a little boy who promised to care for it. But psssst….. “Who knows what might happen…”