A sunny outlook for migrant jobseekers in Germany

Syrian reporter and editor Majid Albunni interviews a German migration expert about the prospects for migrants seeking work in Germany. With the right qualifications and a bit of patience, the outlook is reasonably good.

The high number of refugees and migrants entering Germany has launched a controversial discussion about their impact on the German economy and the labour market.

To take a realistic view of the relationship between migrants – specifically asylum seekers – and the labour market, I’ve had a valuable discussion with Dr. Rainer Ohliger, a social scientist, historian and researcher on migration, cultural diversity and minorities in international and historical perspectives. 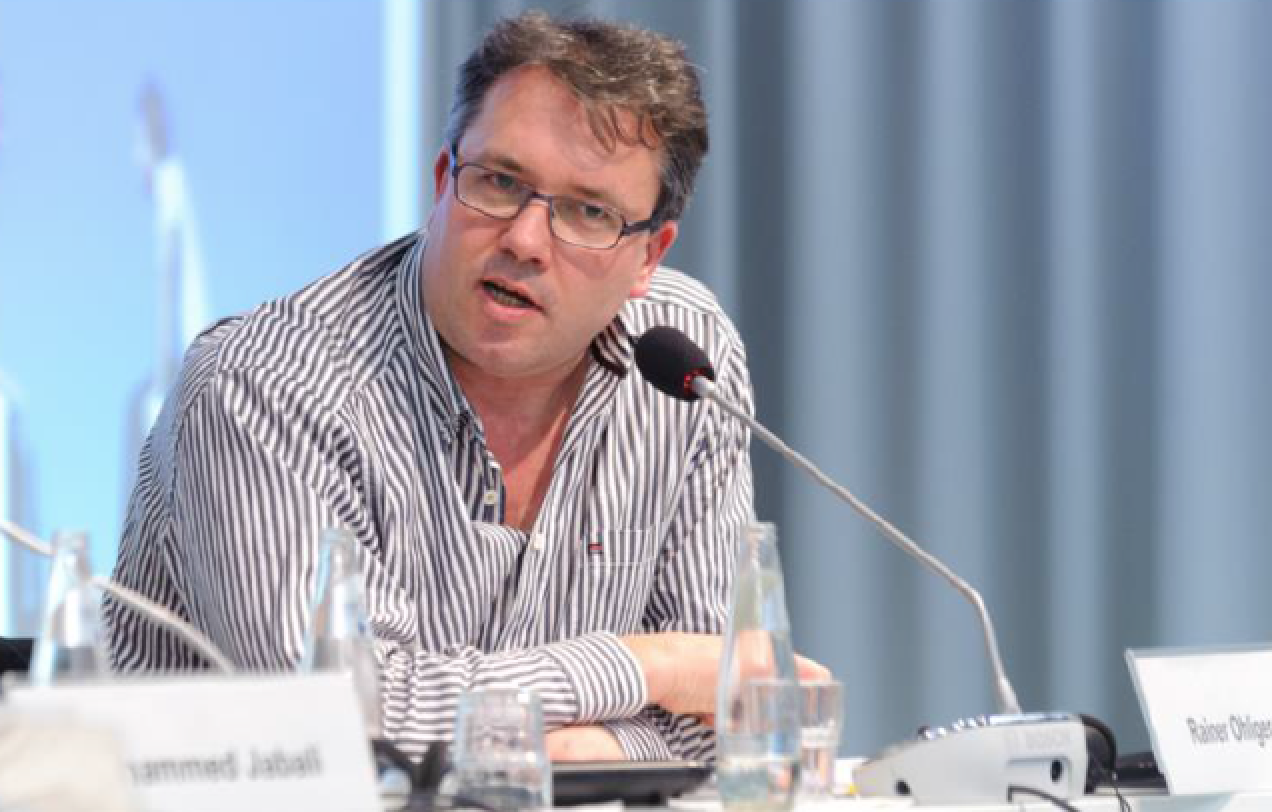 I found him to be a cynical but thorough academic, who I very much enjoyed annoying with my blunt questions.

After our coffee I went directly to the core of the subject, asking Dr. Ohliger about how he sees the implications of the high numbers of migrants and asylum seekers who have entered the country in the last three years.

Being an academic, he couldn’t but give me a hard-and-fast answer, instead dividing the needs of the labour market in Germany into two categories: skilled labour, which is an ongoing issue for the German market in terms of shortages in some professions, such as engineers, doctors and nurses; and unskilled labour, such as those who work in hospitality, construction and agriculture, and which Germany also has a shortage of. So basically, the outlook is good for those who come to Germany looking to enter the labour market in certain jobs.

“Newcomers differ with their origins, some have EU citizenship, some do not. Hence, their procedures in terms of the law differ,” says Dr. Ohliger.

“The first group with EU citizenship with full access to labour market, a couple hundred thousand are coming every year to join the labour market,” he explained, dividing migrants into three main groups. The second group consists of non-EU citizens, or ‘third country nationals’, and who don’t have an access to the EU territory, nor the EU labour market, and came either by visa or EU special programs such as the Blue Card which was implemented in Germany in 2012. The third group consists of refugees, who came without work permits, but will obtain them once their legal status is recognised (this procedure could take three to eighteen months to get a residency and a work permit).

Getting the right qualifications a necessary investment

Related to the same subject, I shifted the discussion to another corner, and tried to discuss two studies; One by the IAB (Institute for Employment Research) which found that “refugees are found to have better jobs qualifications than expected”, however, a study by the IW (The Cologne Institute of Economic Research) expressed doubts over that positive statement, finding that a huge number of asylum seekers have “no more than primary school level education”.

“We don’t have reliable data currently. We don’t know about the specific qualifications of refugees or asylum seekers,” said Dr. Ohliger. “That’s the first thing, then qualifications and recognition of qualifications is an issue, not only because people don’t bring their certificates or don’t hold certificates, but the translation of the certification in the German system of recognition is difficult,” He believes that the government has already made some steps to modify the system and make it easier.

Have they really, though? I’ve heard many complaints from asylum seekers who raise the question: why should we study something for three more years when we’ve already been doing it professionally for the last 15 years?

After explaining to me how this unique three-year training system is part of the “German Success Story”, Dr. Ohliger quelled my doubts with a reasonably convincing statement, saying “if you look at a career trajectory from a lifetime perspective, it needs to be seen as an investment into qualification. Over a lifetime you earn much more, because then you have access to the labour market as a skilled worker or a skilled person.”

Lobby organizations, as well as entrepreneurs, employer organizations and the government are unlikely to give up on the established system, but there is a chance they would accept modifying it to fit supply and demand without losing the existing high quality standard. “It is probably a very German trait of doing good work and quality is part of that.”

Should employers be doing more for migrants?

One could argue that in a thriving economy like the one Germany enjoying, companies and industrial institutions must have an obligation towards the asylum seekers and migrants, but is this really the case?

Dr. Ohliger explains that, “those institutions are profit oriented enterprises in a free economy and they take their decisions according to market forces which mean supply and demand.” So what about the government? “The government is partly toying around with these issues,” he answered.

But what does “toying around” really mean? Dr. Ohliger tried to satisfy my curiosity: “For instance, if you look at gender balances, the government introduced a quota for companies listed on stock exchange, that they have to hire 30% female leaders. But that was not so welcomed on the side of companies, so it is a mixed pack and you will have a lot of opposition – especially from companies and entrepreneurs – and the trade union would not lobby for hiring immigrants either.”

Are migrants taking jobs, like all those naysayers are wont to claim?

“That is a classical argument of xenophobic or nativist anti-immigration lobby groups. You found it in the US in the 19th century, and you can find it in every immigration society,” said Dr. Ohliger. But when a labour market suffers from shortages, like Germany’s does, of course migrant workers will get jobs.

“So basically there is a demographic imbalance, and it is not that there is an oversupply of domestic labour.”

Then there is the need for qualifications. “Probably 40 to 50 percent of those we call ‘Langzeitarbeitslose’ (or long-term unemployed) are not competitive, and they are not able to compete with well-qualified refugees or immigrants,” said Dr. Ohliger.

“You can’t send someone who has 10 years of schooling and no vocational training to Bosch to work as an engineer.”

He said the argument of migrants stealing jobs “is a very simplistic understanding of the labour market. I don’t buy into this argument.”

I asked Dr. Ohliger if he is optimistic about the future of the labour market in Germany and how migrants fit into that. “Short-term, it is an investment, mid-term it might turn into an equilibrium and in the long-term it is a benefit.”

To put an end to your suffering as a reader, and after sparing you from a lot of other information I discussed with Dr. Ohliger but didn’t mention in my article, I will simply share his conclusions on the matter: “Let me finish with a quote,” he said. “The head of the Federal Organisation of German Industry said, ‘if we manage to employ 20 percent of the refugees within five years, we will call it a success.’”

“20 percent in five years is fairly modest, and realistic. I am neither pessimistic nor optimistic [about this],” said Dr. Ohliger.

Majid Albunni is a journalist and editor from Syria.