On Monday April 24, just over a year after it began, the GSBTB Open Music School held its first ever Student Performance Night. 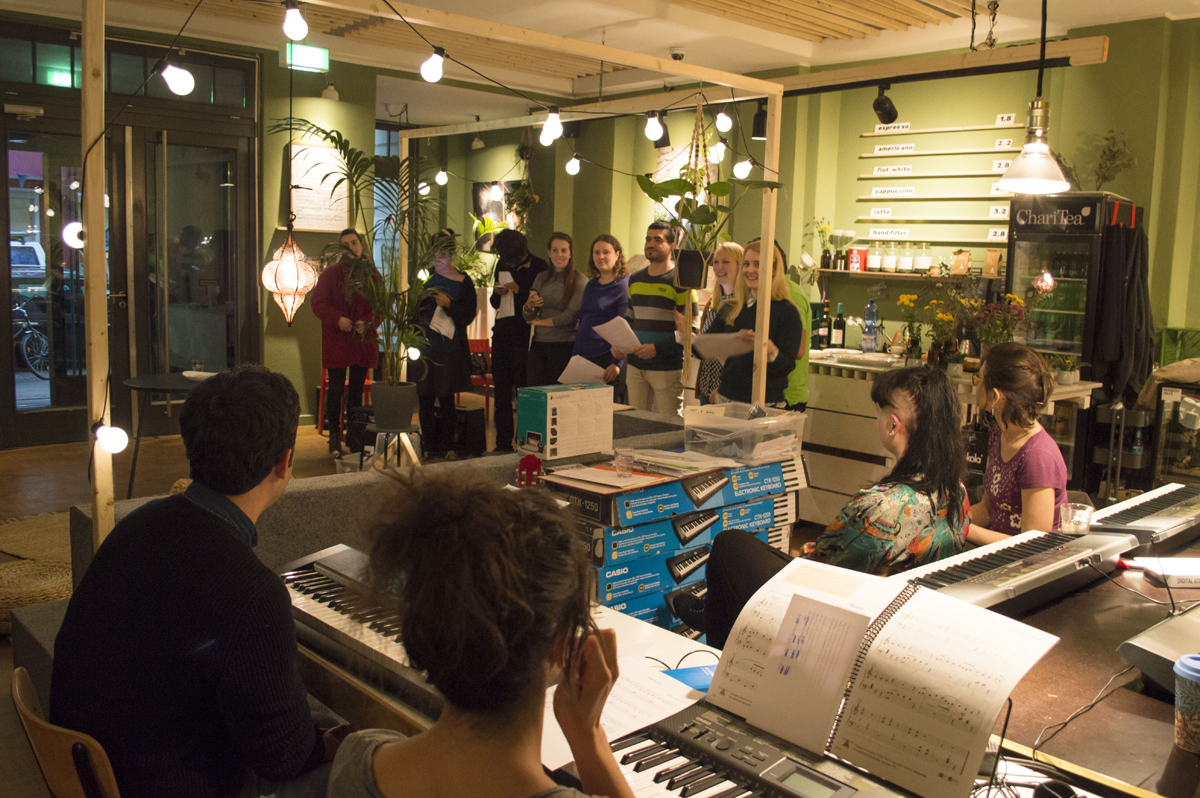 The Open Music School is made up of several different group classes, all interesting and adventurous in their own way. The purpose of this event was to get all of these groups together, hang out with each other in a relaxed and supportive environment, and show off some of what everyone has learnt so far. We heard performances of musical pieces from Beethoven, The Knack, Leonard Cohen, Dalida and more. 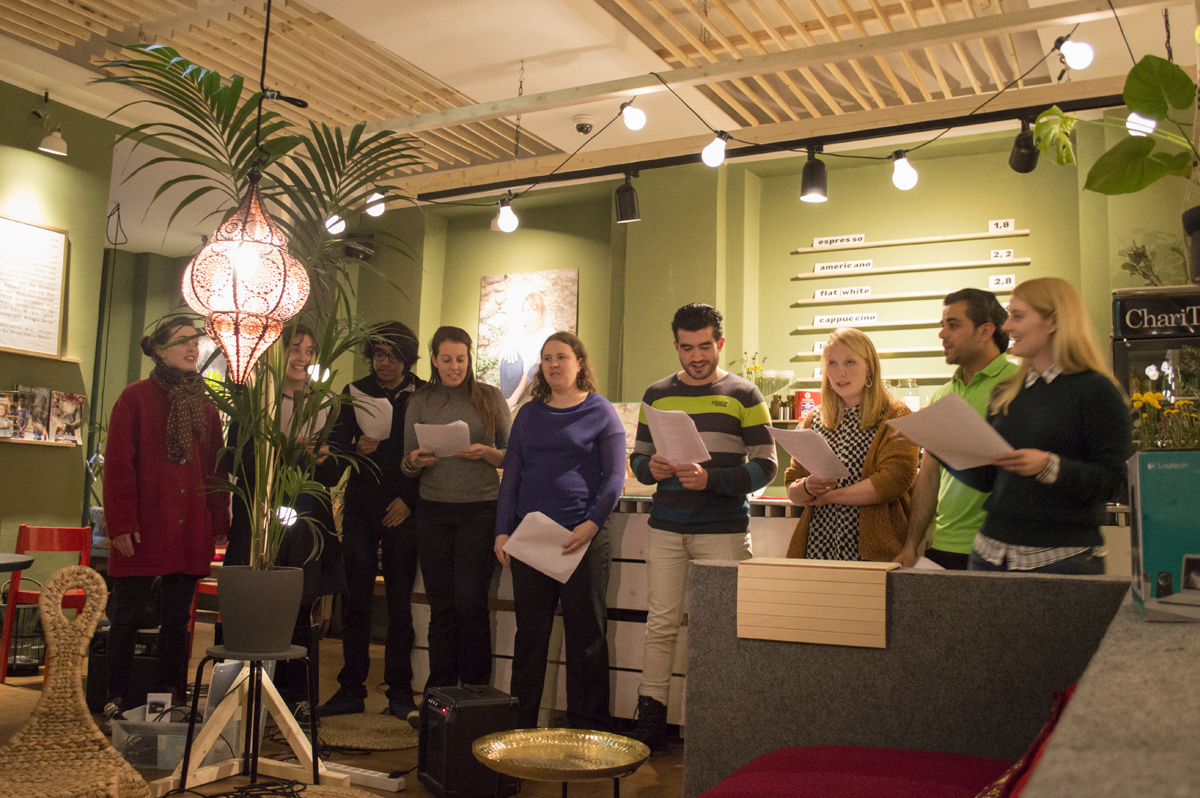 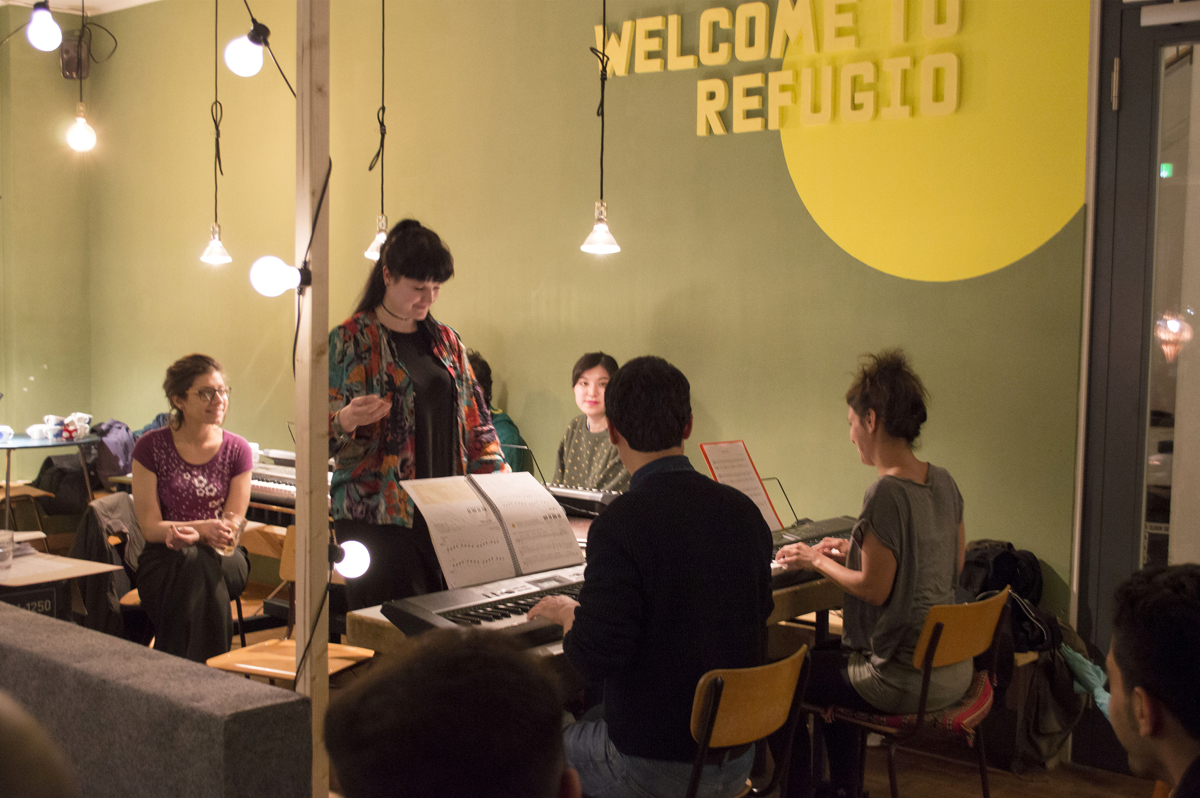 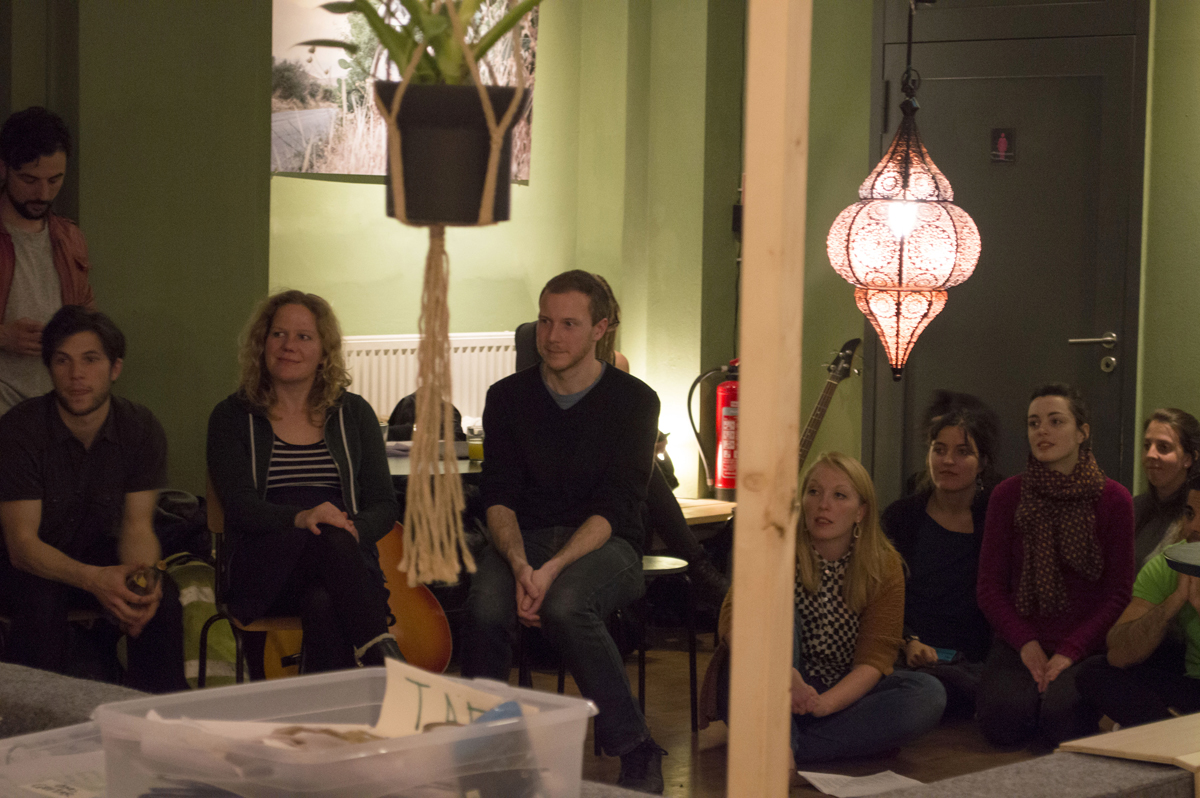 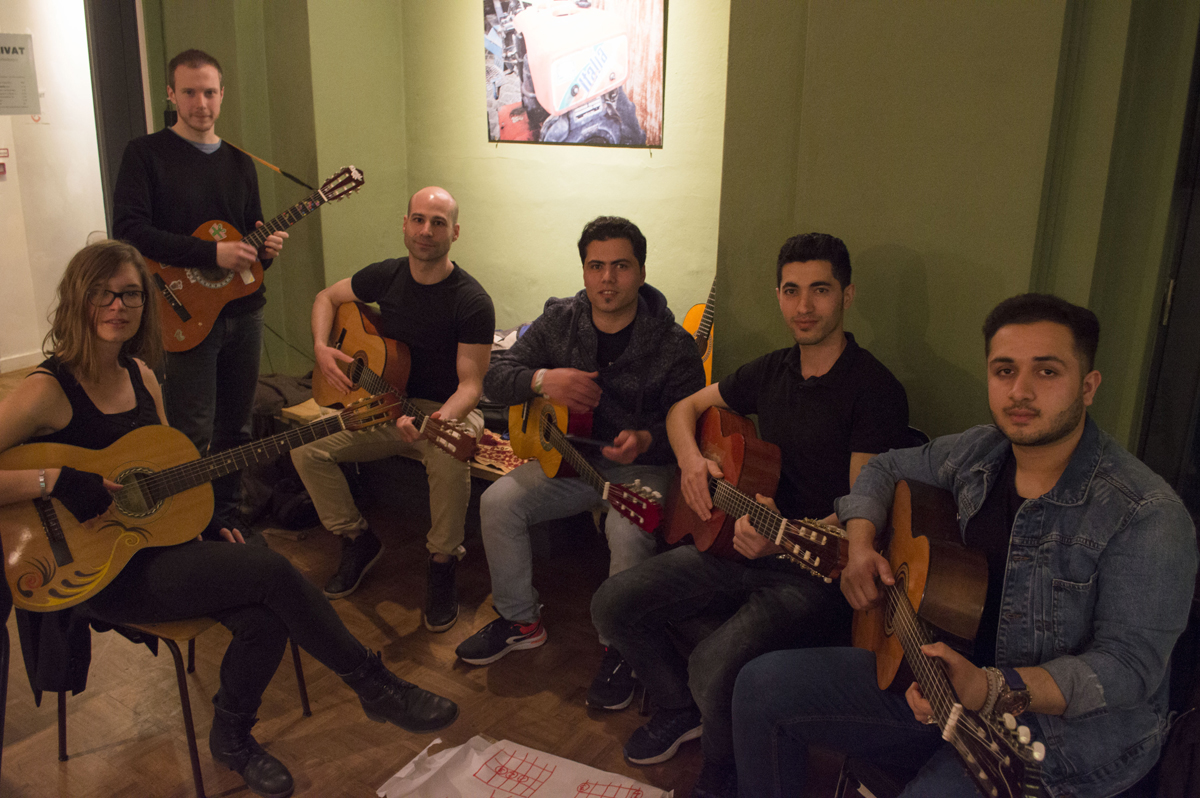 Then, after the individual groups had presented a song or two (all to plenty of applause), all of the groups performed a couple of songs together. So far, the Open Music School has John Lennon’s “Imagine” and Nena’s “99 Luftballons” in its repertoire. More common songs are currently being worked on! For many of the students, this was their first time playing music for and with others and the feeling in the room was pretty electric. 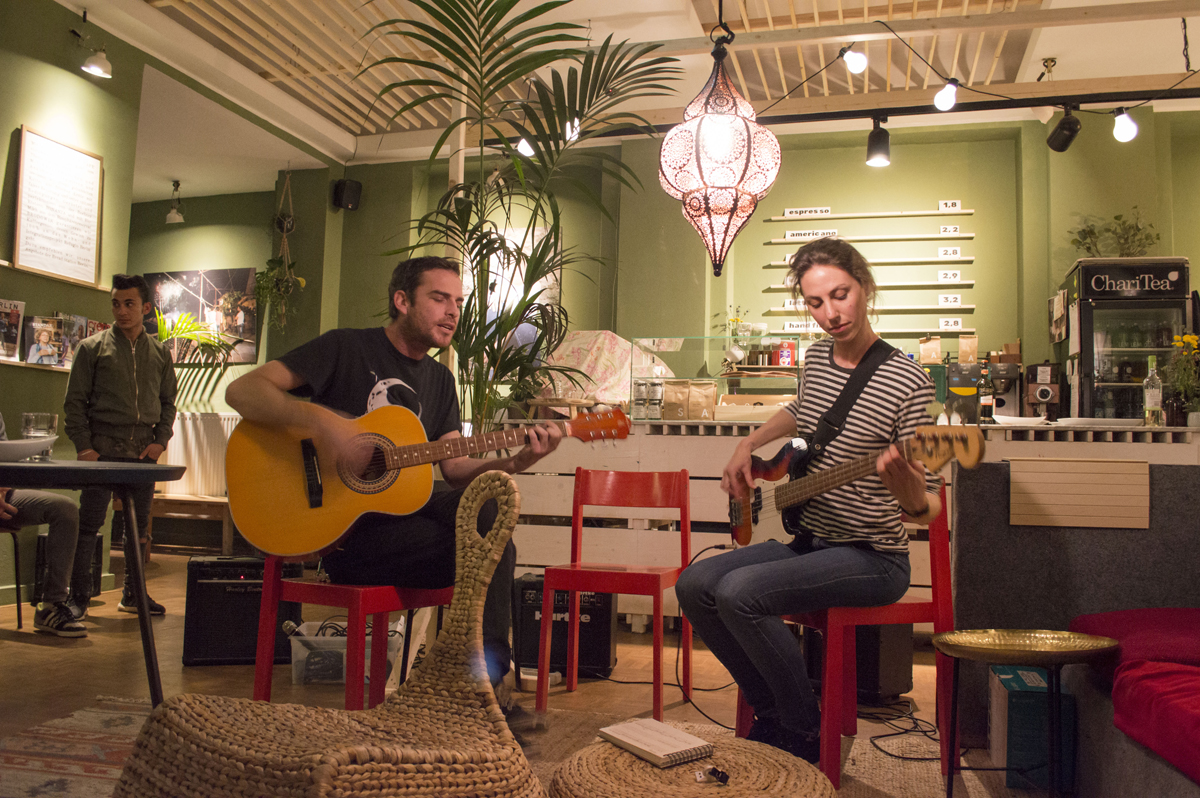 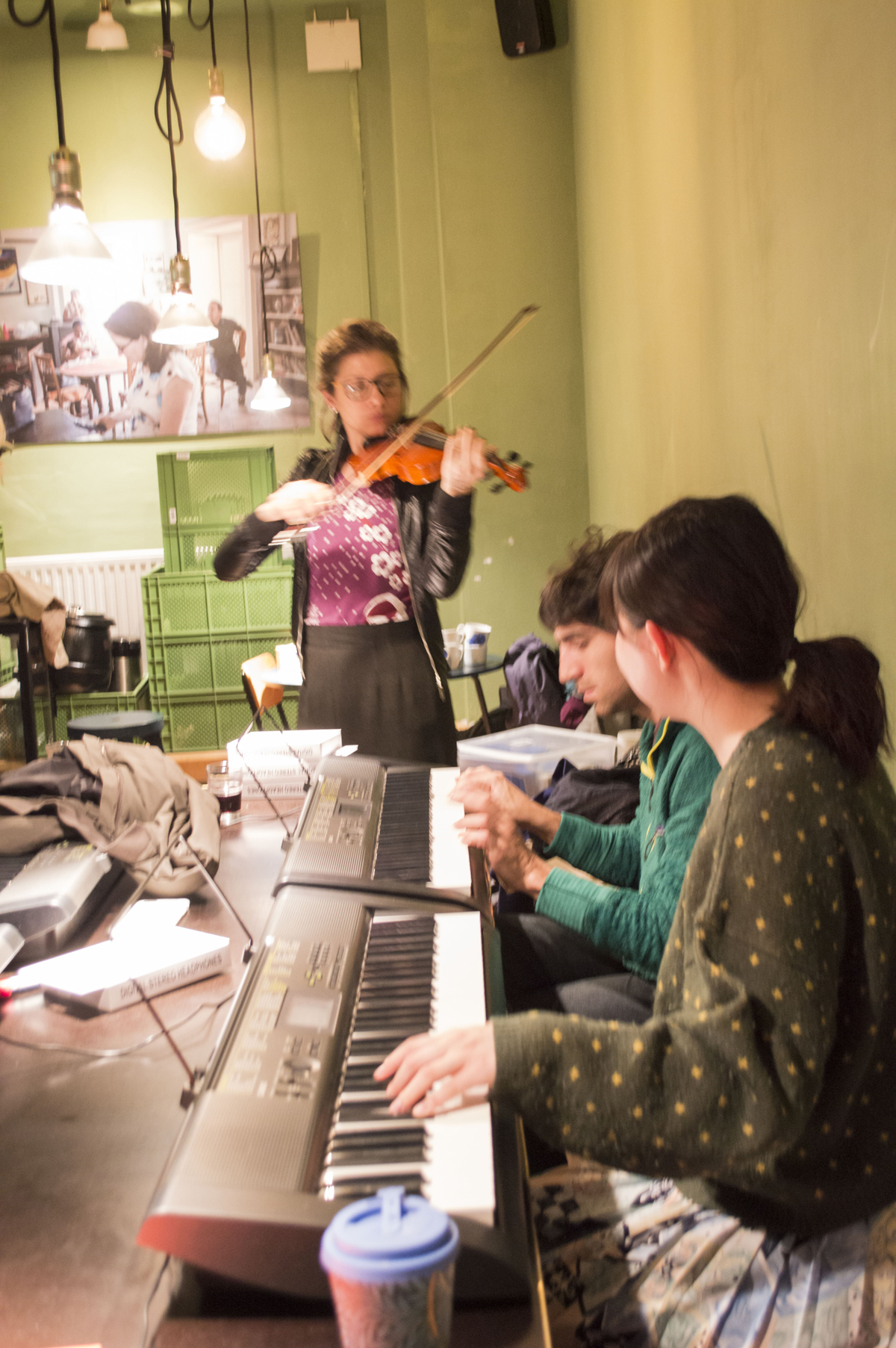 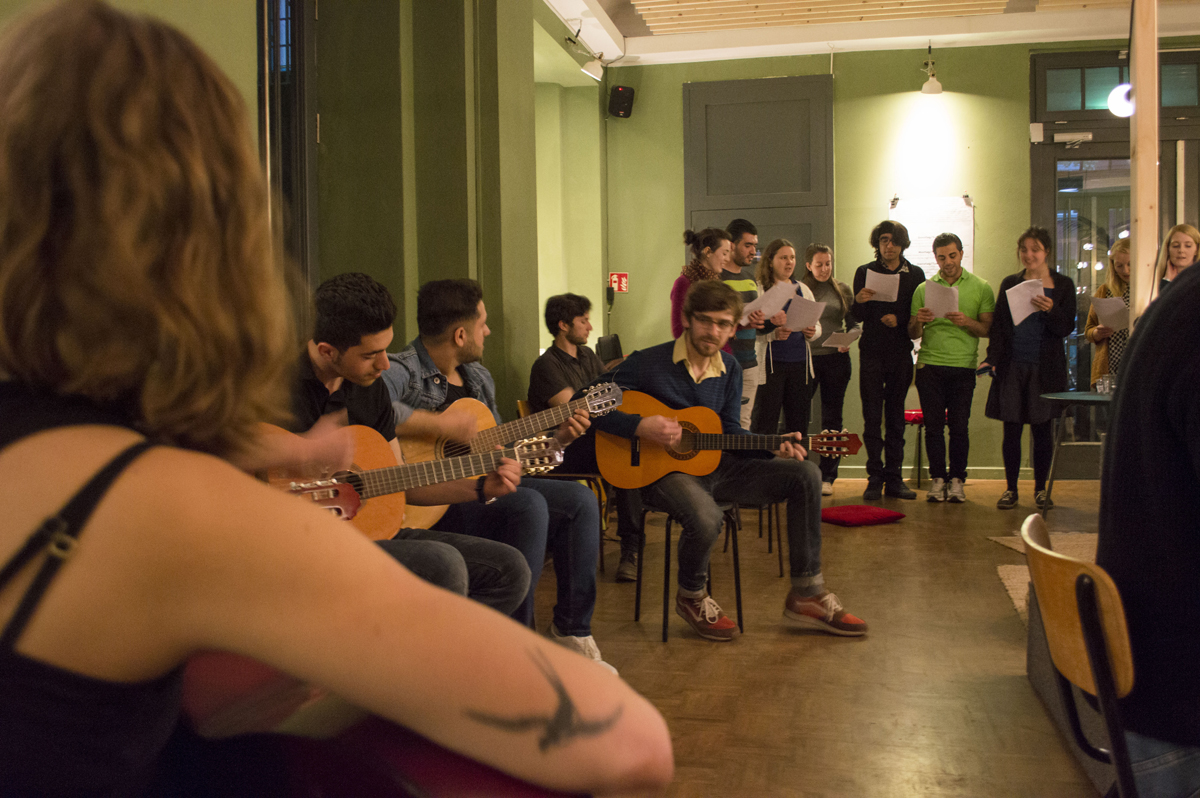 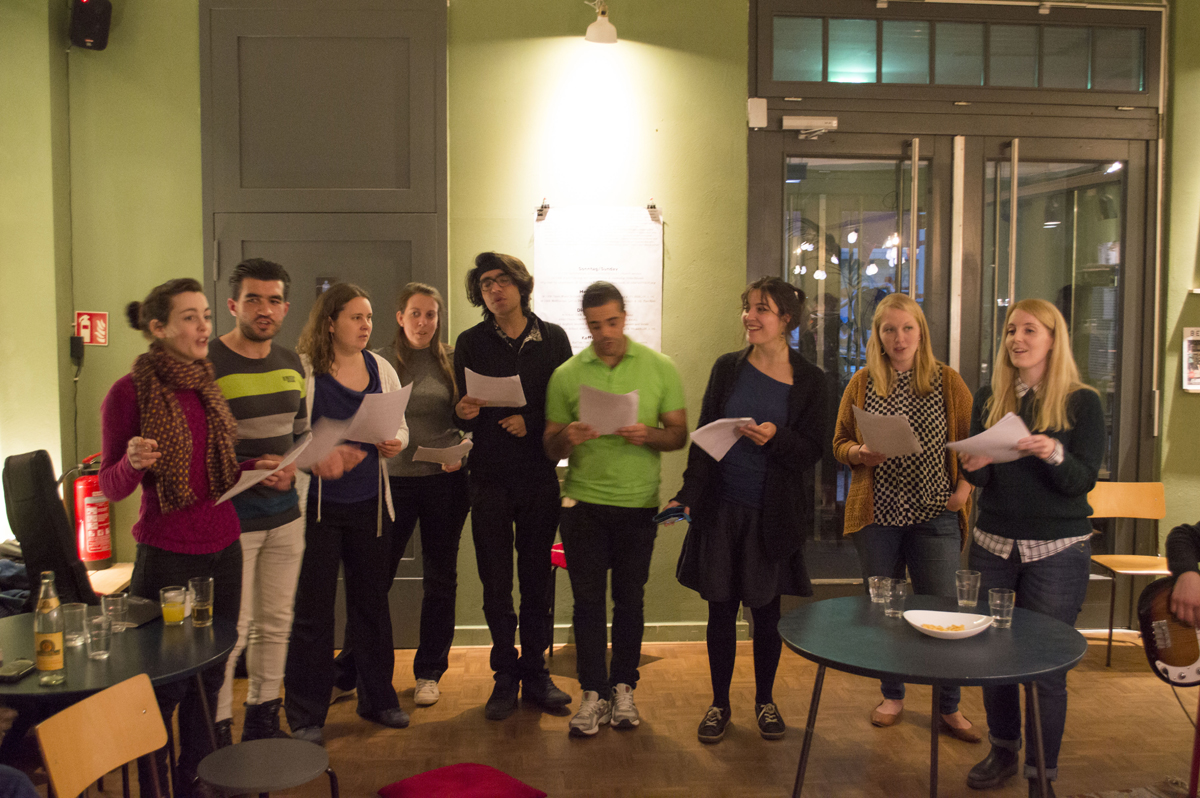 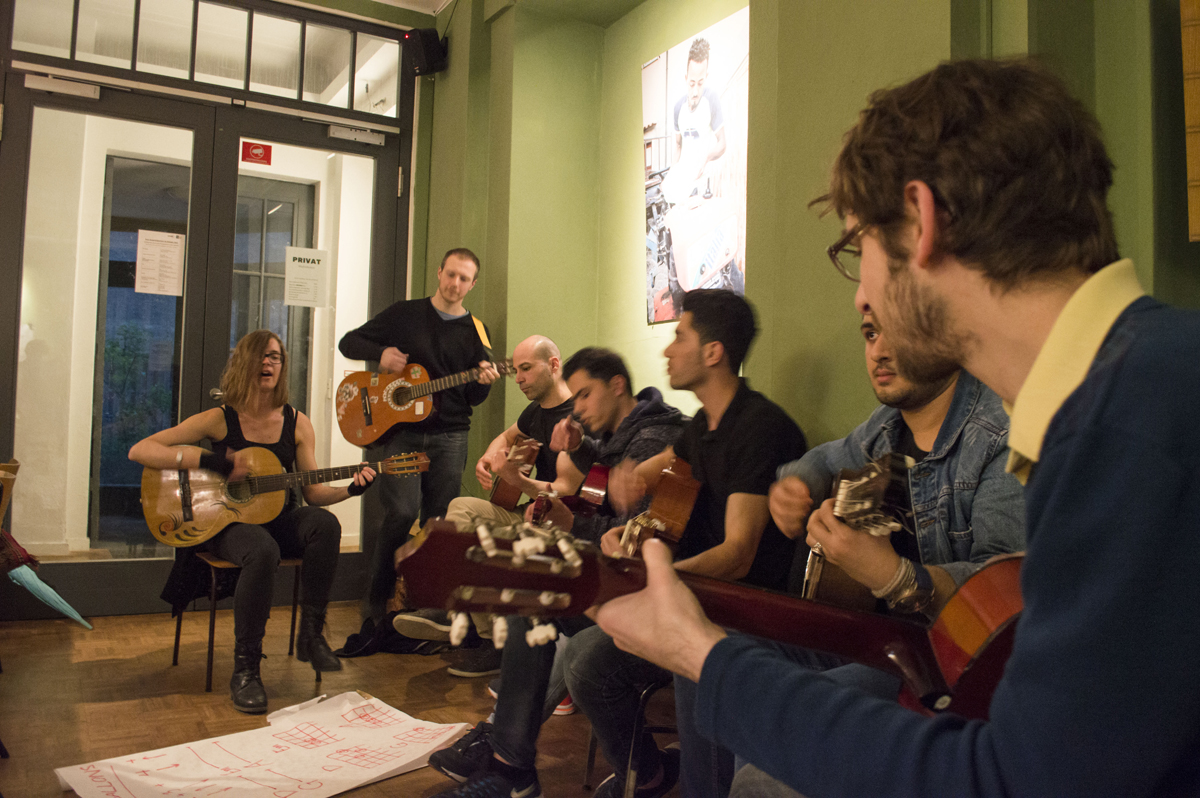 The OMS is a diverse group of brave, supportive, fun and talented people from many different cultural backgrounds. The Performance Night was a celebration of this, and the power of music and knowledge-sharing as a way for us to come together. 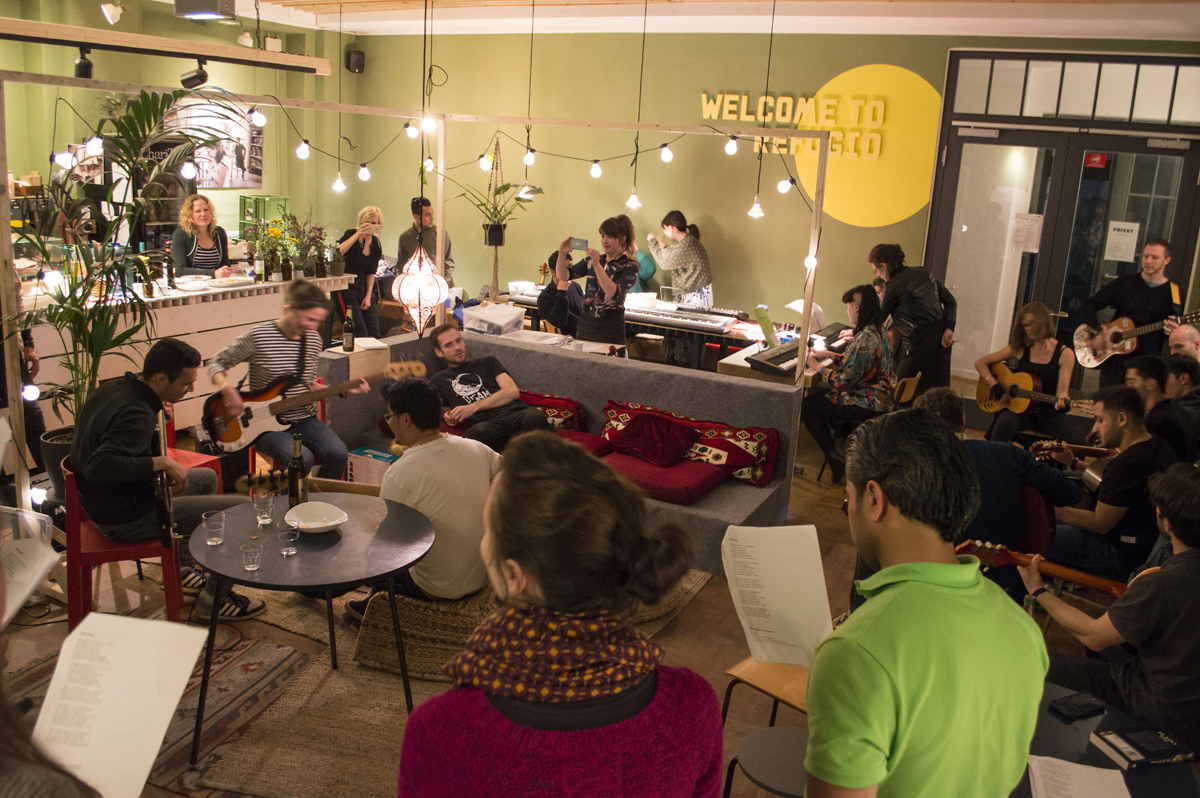 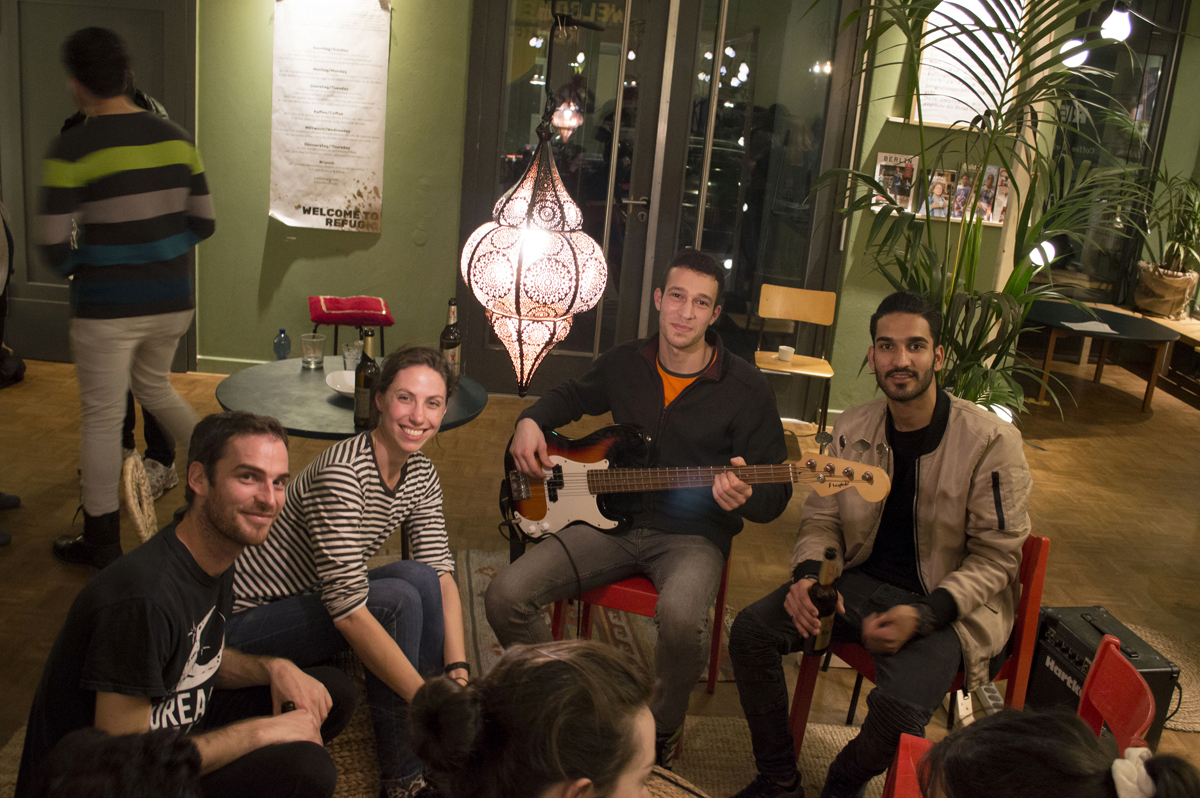 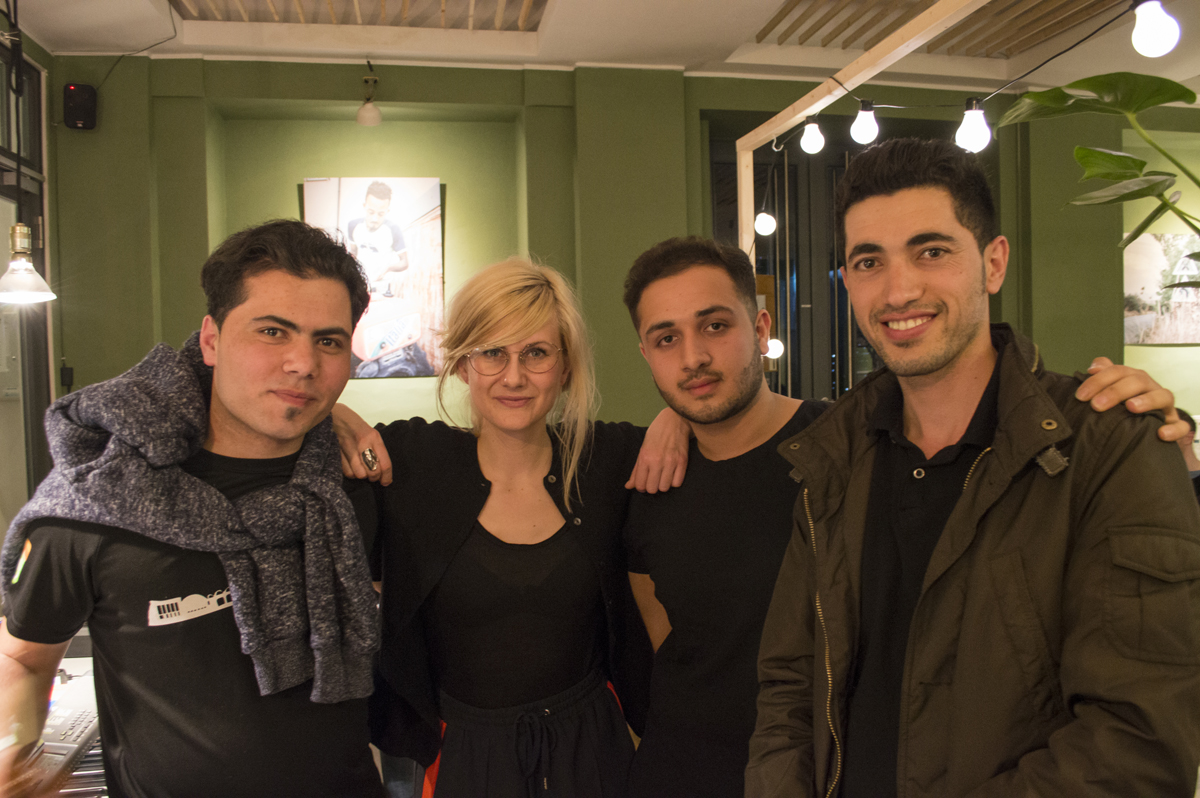 The next OMS Student Performance Night is scheduled for early June. Stay tuned on our Facebook page for updates.