Using a common language to connect with refugees

Sanaz Azimi Hailing from Iran, Sanaz Azimi speaks Farsi, making her a vital connection to the Afghan women and children at Tempelhof refugee camp who only speak Farsi. Her language skills have also enabled her to take on a role researching integration in Germany, a job she found through GSBTB.

Vanessa Ellingham interviewed Sanaz and got to hear how the treatment of refugees in her home country compelled her to volunteer with refugees here in Berlin. 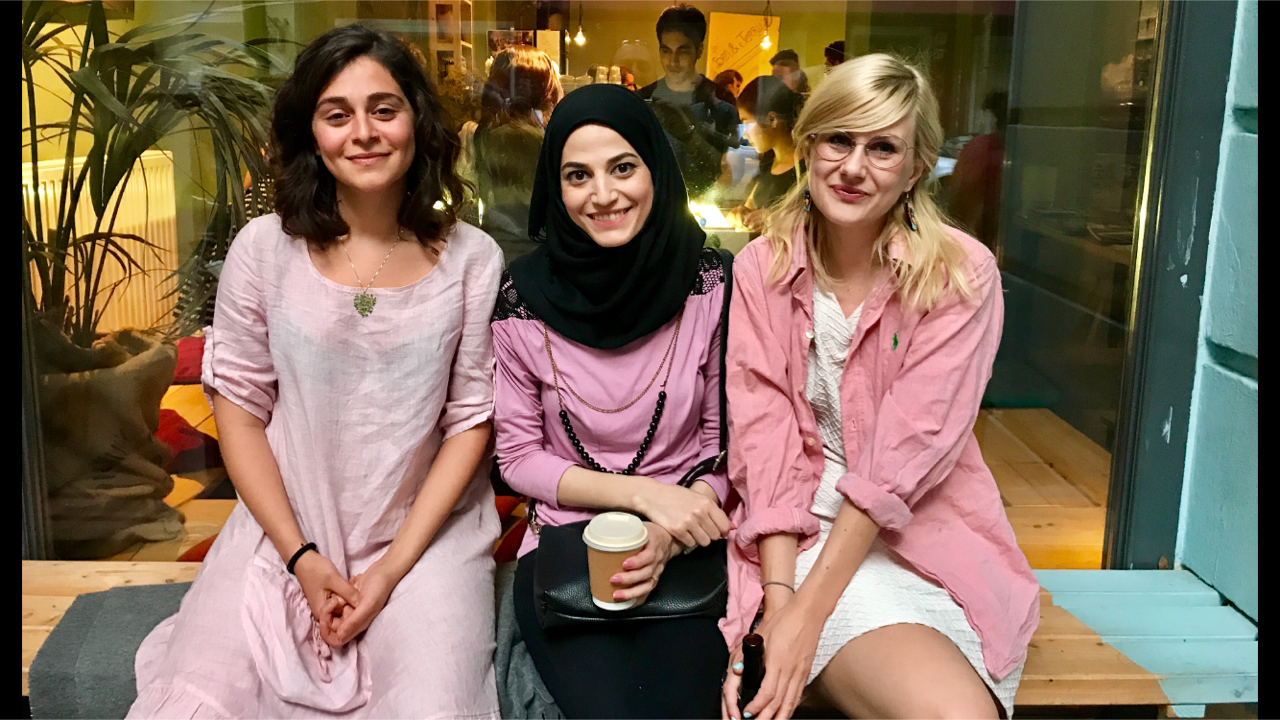 So Sanaz, what brought you to Berlin?

I came here for the first time two years ago, for a visit. Back then I was a student studying mathematics in Tehran, Iran, where I’m from. I was here in Germany for a summer school, in Göttingen. I cam e to visit Berlin, got to know some people, and I really liked the pace and the vibe of the city.

I always knew I’d want to move to another country eventually, but I didn’t have a specific plan. But once I’d seen Germany and Berlin, I wanted to come back straight away! For that I had to learn German really, really fast so I could apply for university here. So I studied for the test and arrived here six months later.

You make that sound so easy! So now you’re at university here in Berlin. What are you studying?

And you’re working, on top of your volunteering with GSBTB Open Art Shelter – but we’ll get to that later. First, tell us about your work at Sozialhelden.

Sozialhelden is an nonprofit organization. They mostly do projects with people with disabilities. But now they’ve started a project about integration with the refugees who are coming to Germany.

It’s mostly about, “what is the process of integration?” My job is to do interviews with people living in the different refugee camps and Wohnheim to see where they’re at right now. To find out what problems they’re having, how their integration courses are going, do they feel like those are helping? Our plan is to do this research and then write a book about it. Other members of our team are going to interview volunteers. We’re also planning to hold workshops based on the results of our interviews.

It’s really interesting because, with GSBTB Open Art Shelter, I was volunteering in Tempelhof refugee camp a couple of times each week. So I got to know the perspectives of the people living there. But now I know lots of people in many camps, and they all have different issues they’re facing and different ideas about what is happening.

So you interview the Farsi speakers in their own language?

Yes and I think that’s really important, because everyone can go so much further into their thoughts and expressing themselves in their mother tongue.

And did you find this project through long-time GSBTB volunteer Silke, who also works at Sozialhelden?

Yeah, it was actually really cool accident. They were looking for people who were refugees themselves. But Lucy at GSBTB passed the information to me and, although I’m not a refugee, Farsi is my language, so they were interested. 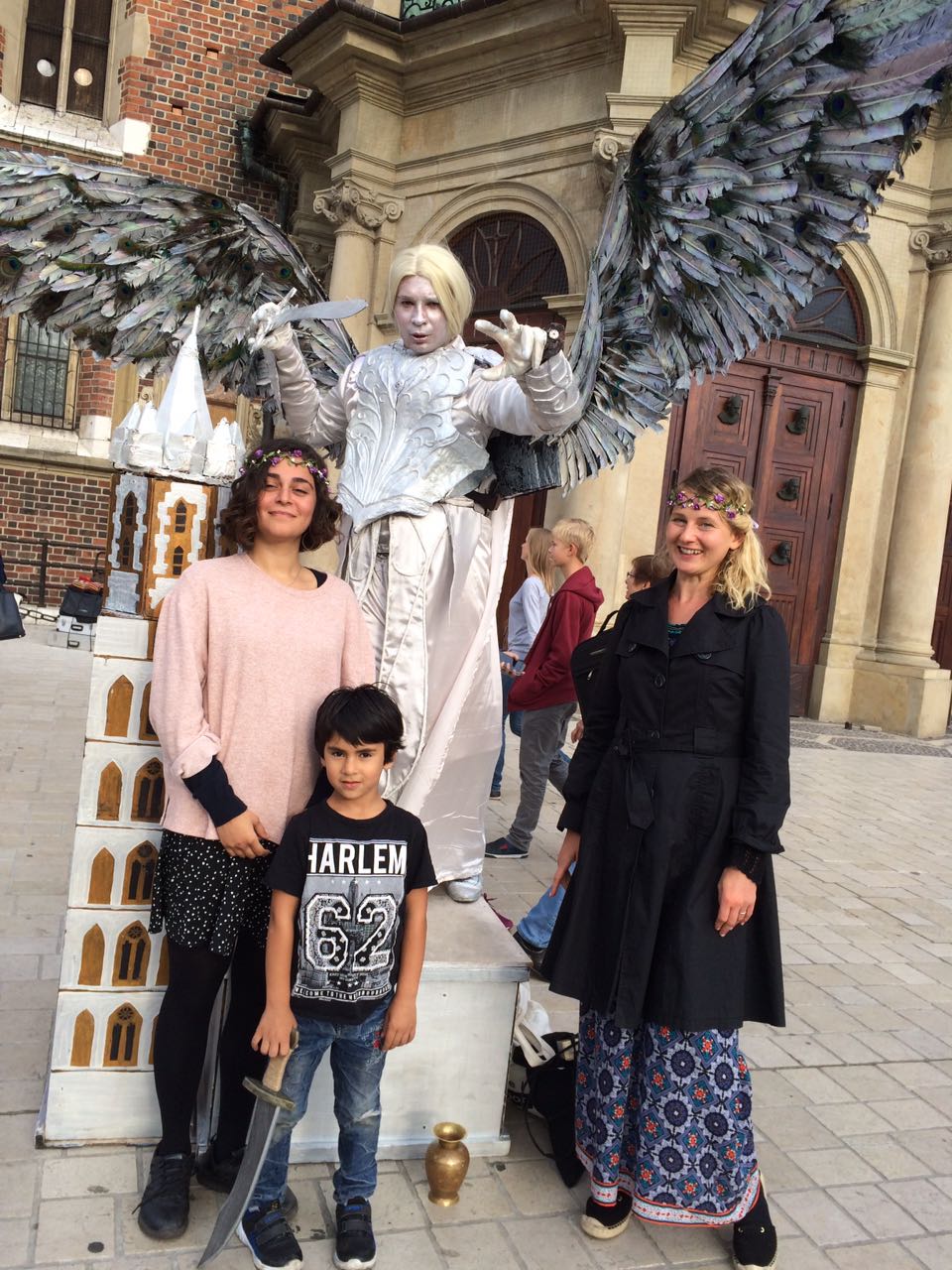 And it’s also the language that makes you such an asset at GSBTB Open Art Shelter, because you’re one of very few volunteers who can communicate directly with the women and kids who speak Farsi. What are your relationships like with them?

It’s pretty good, but it has its ups and downs. I really like to be with them. They’re really kind people.
The reason that I always felt that I wanted to do something in this area of refugees and integration was because in Iran, people from Afghanistan have a really bad situation. It’s totally shitty. When I lived there I wanted to do something, and now I’m here I have the feeling that I’m doing my part. At the same time I don’t want to feel patronising, like, “I’m doing something nice for you”, like they have to be grateful.

I really have the feeling that they’re really kind and we can get connected. But we’re also really different than each other. And it’s funny because we speak the same language and you might think that could mean we would have a lot in common, between our cultures. But we have totally different words, different cultural norms, and that has its own challenges.

So what do you do when you’re at GSBTB Open Art Shelter?

We go to Tempelhof refugee camp every Monday and Wednesday. We have arts and craft activities and we also have this weekly dancing session.

But in the end, it’s always more about connecting to people, spending time talking and getting to know each other. Plus I’m not so good at the arts [laughs]. I’m there to talk and translate.
Sometimes I also help with cooking activities, like at Fête de la Musique at Give Something Back to Berlin. I’m like a go-between for the families who speak Farsi and the authorities or people organising.

It’s a lot of responsibility to be a translator for people who are often dealing with trauma. How do you cope with that?

For me it’s a really big challenge. Because, you know, I’m not an expert in psychology or something like that. You’re constantly facing people’s trauma without having the power to take action. Like, I’m not a lawyer or a psychologist, and that’s frustrating. I just have to be a person who listens.

Sometimes it’s super intensive. Like when I come home, it can feel like too much information, too many stories and everything. But then I usually end up thinking, “OK, it’s better than nothing.” I mean, at least there is somebody to listen, and speak with them in their own language. Someone who isn’t the official authorities’ translator, someone more like a friend.

I’ve also really enjoyed working with my peers. I think through this project we get to know lots of different people who really care about this issue, migration, refugees, and want to do something about it.

Because you’re also a newcomer building your own community. 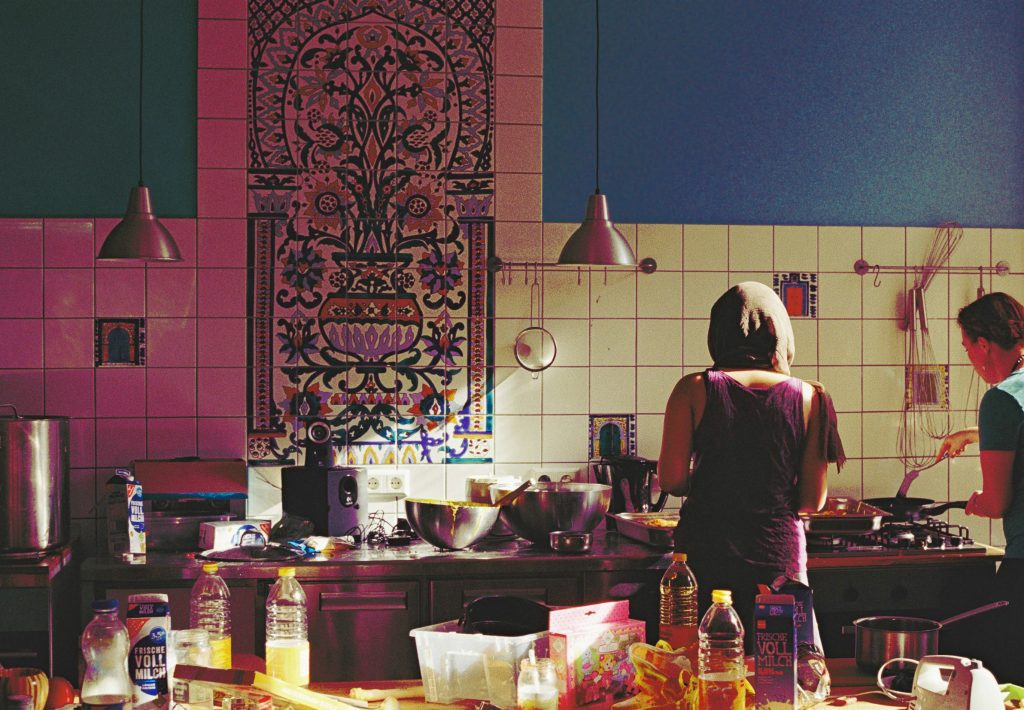 Do you see that experience fitting in with the kind of work you might do when you graduate?

Yeah, that’s a good question because the two – my studies in economics and mathematics and the volunteering – are totally unrelated to each other.

I think I would really like to work with another non-profit organization. I want to use my studies in a good way.

I want to go back to what you mentioned before, about the way refugees from Afghanistan are treated in your home country, Iran. Can you tell us a bit more about the situation?

After the war in Afghanistan, Iran took in about one million people from Afghanistan, but then they stopped accepting people as refugees. But even for those who were accepted as refugees, they have very limited rights and aren’t legally recognised: they can’t go to school, they can’t go to hospital in case somebody finds them, because they’re “illegal”.

As a refugee in Iran, you can’t get a job to support yourself and your family. You can only work ‘black’, doing something like handiwork. So it’s pretty shitty. And also people are racist towards them.

So these are people that already speak the local language, something that should create good opportunities for integration, but instead they have incredibly limited rights. How do you think that compares to here in Germany where people are coming and having to overcome a huge language barrier, but then they have much better opportunities?

I think in Germany it’s already different because of the different migration history.

Of course I think Iran is better now, compared to 20 years ago. I think people are getting more used to seeing immigrants around.

But I think in Germany – I mean what is Germany? It’s such a mix. I think Germany is more developed in terms of integration because of the history of migration, with the Gastarbeiter who came here, and many other kinds of migrants. So Germany is more used to welcoming people. But at the same time, I can see people’s concerns. There’s so much more that can be done for better integration.