Getting your head around Germany’s complex political framework isn’t always easy, especially if you’re a migrant with little influence over the state of immigrations laws in the country. More concerning is that around eight million migrants in the county today do not have the opportunity to vote in the national elections.

Two weeks prior to Angela Merkel winning a fourth consecutive term as Germany’s Chancellor, Give Something Back to Berlin brought local political leaders together with its community of “50 shades of migrants” to discuss the upcoming German elections and what the politicians’ policies could mean for the city’s newcomers. 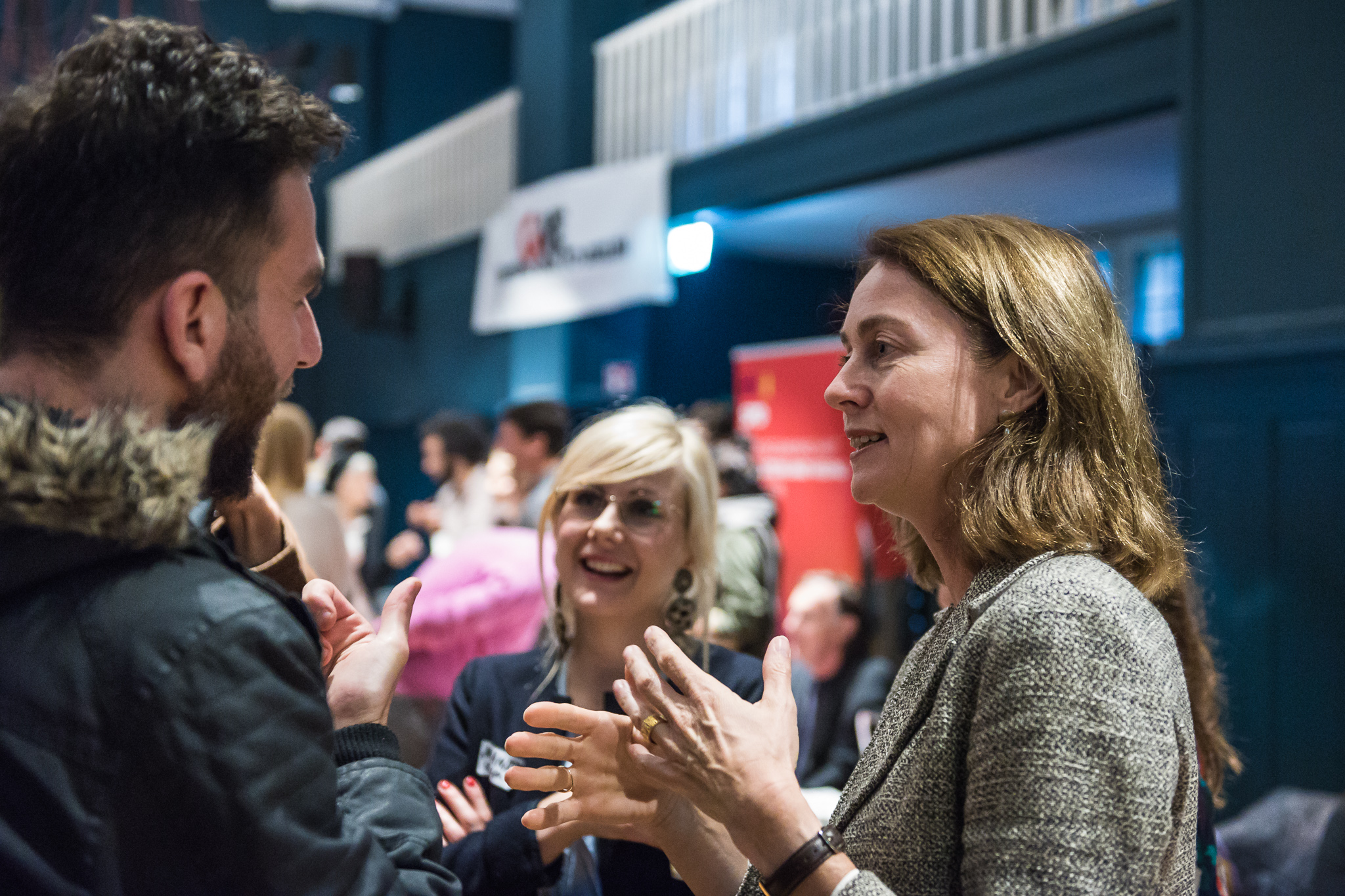 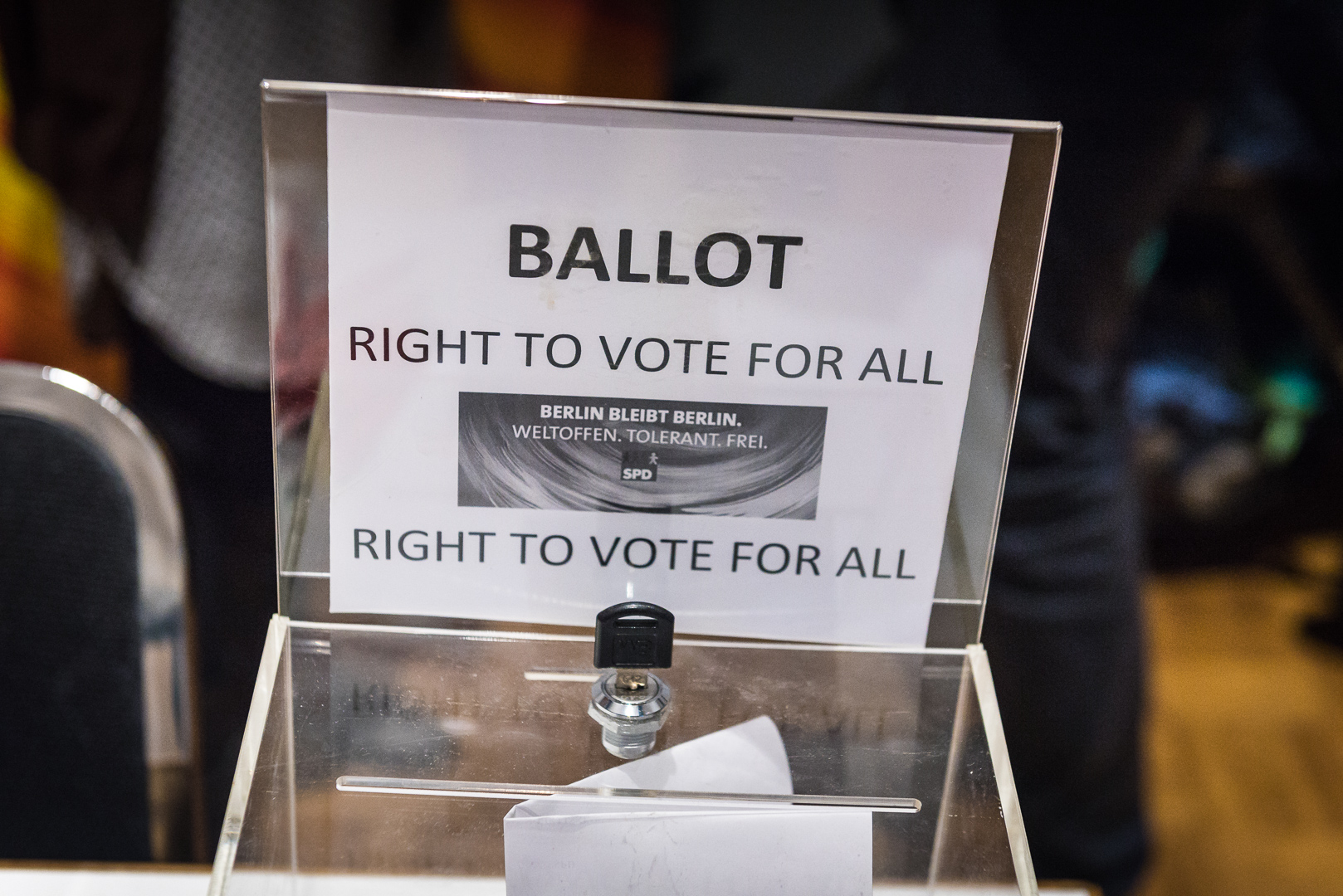 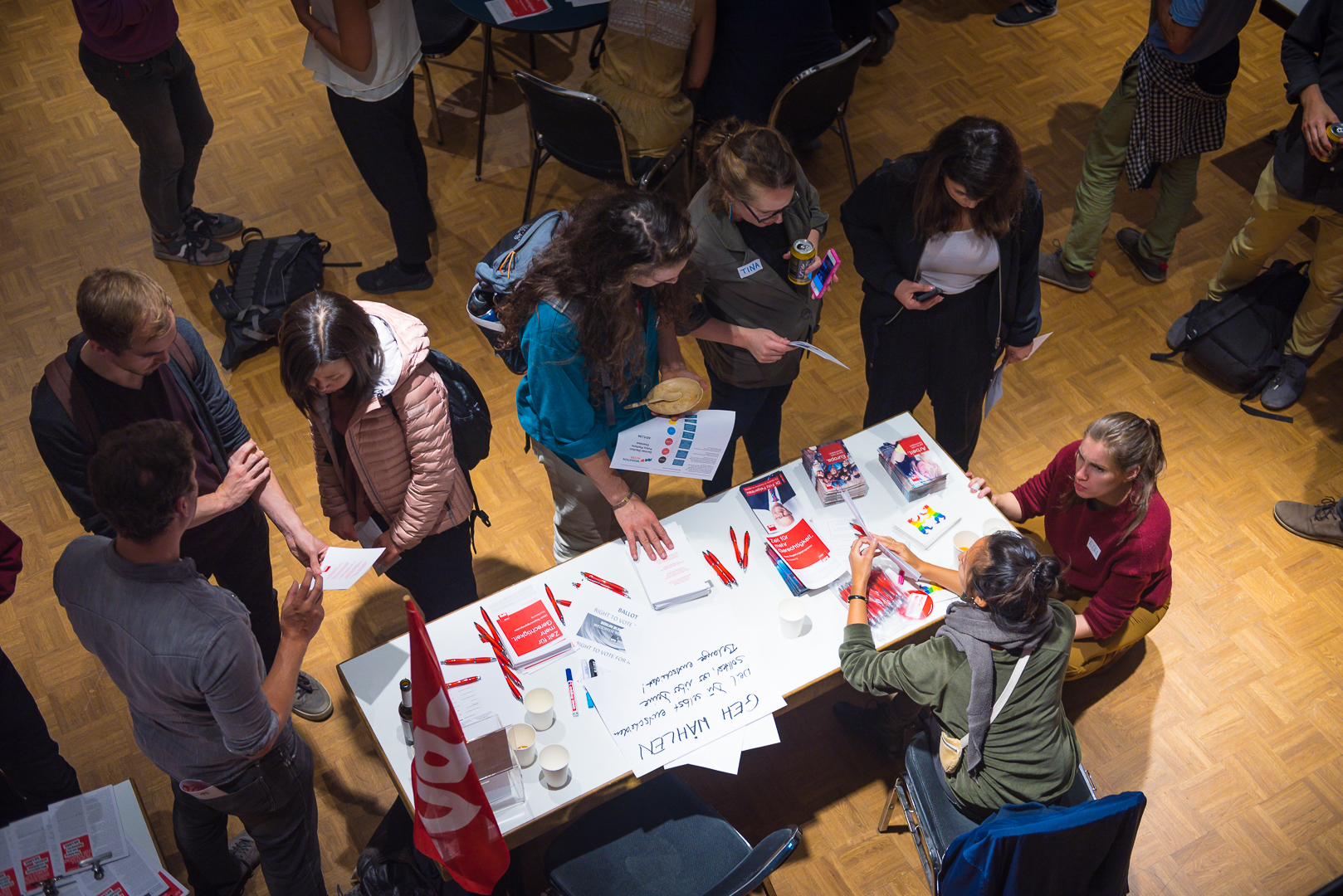 It was a rare opportunity for migrants from different backgrounds with diverse political views all living here in Germany’s capital to have their voice heard.

Among the guests were Susanna Kahlefeld (member of parliament and spokesperson for civic engagement and participation for the BÜNDNIS 90/Green Party in Berlin), Fritz Felgentreu (SPD candidate for the German Parliament), Judith Benda from Die Linke in Neukölln and Juliane Hüttl (Speaker for E-Government and Network politics from the FDP Berlin). 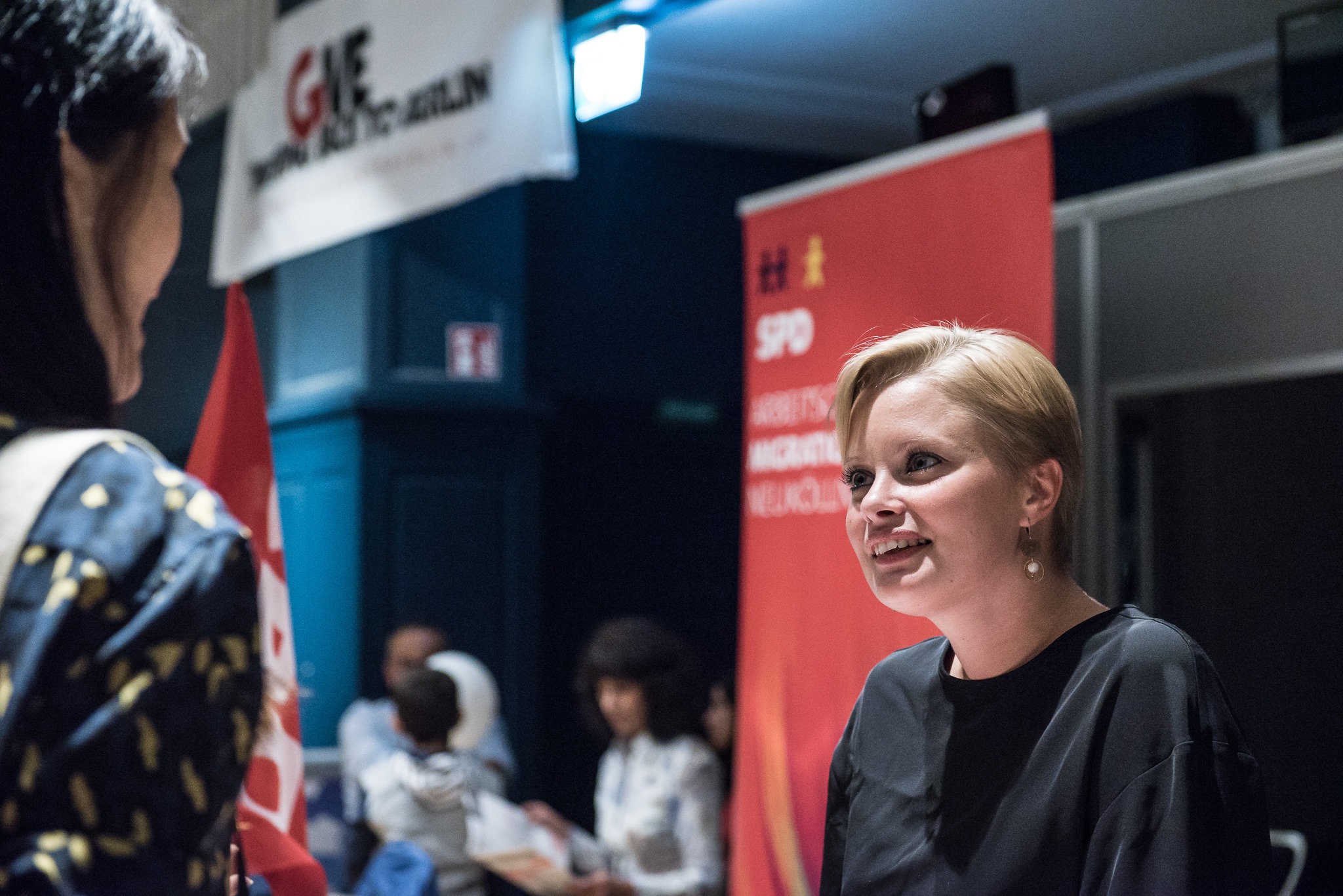 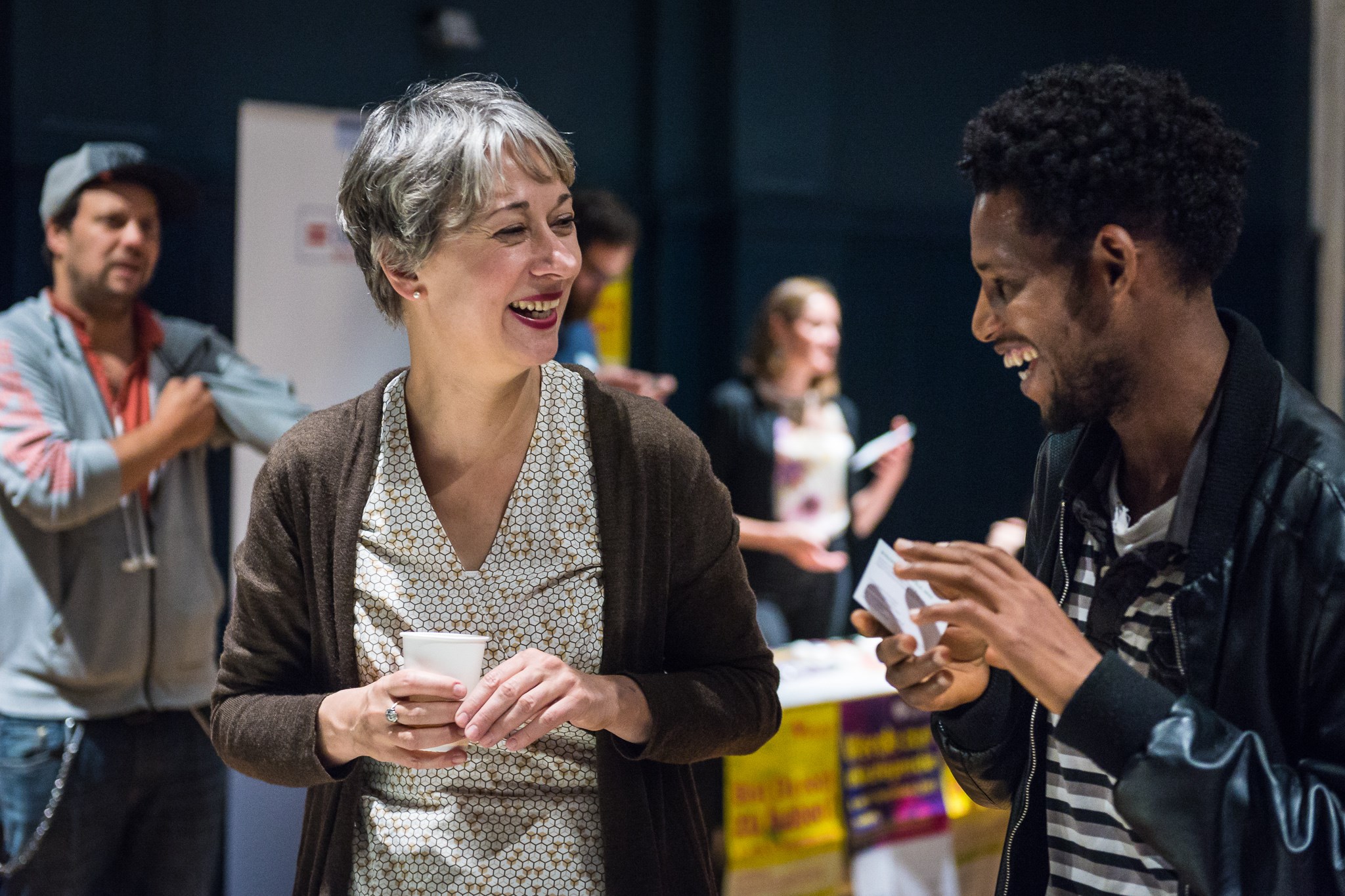 Susanna Kahlefeld (member of parliament and spokesperson for civic engagement and participation for BÜNDNIS 90/Green Party Berlin) mingling with attendees. 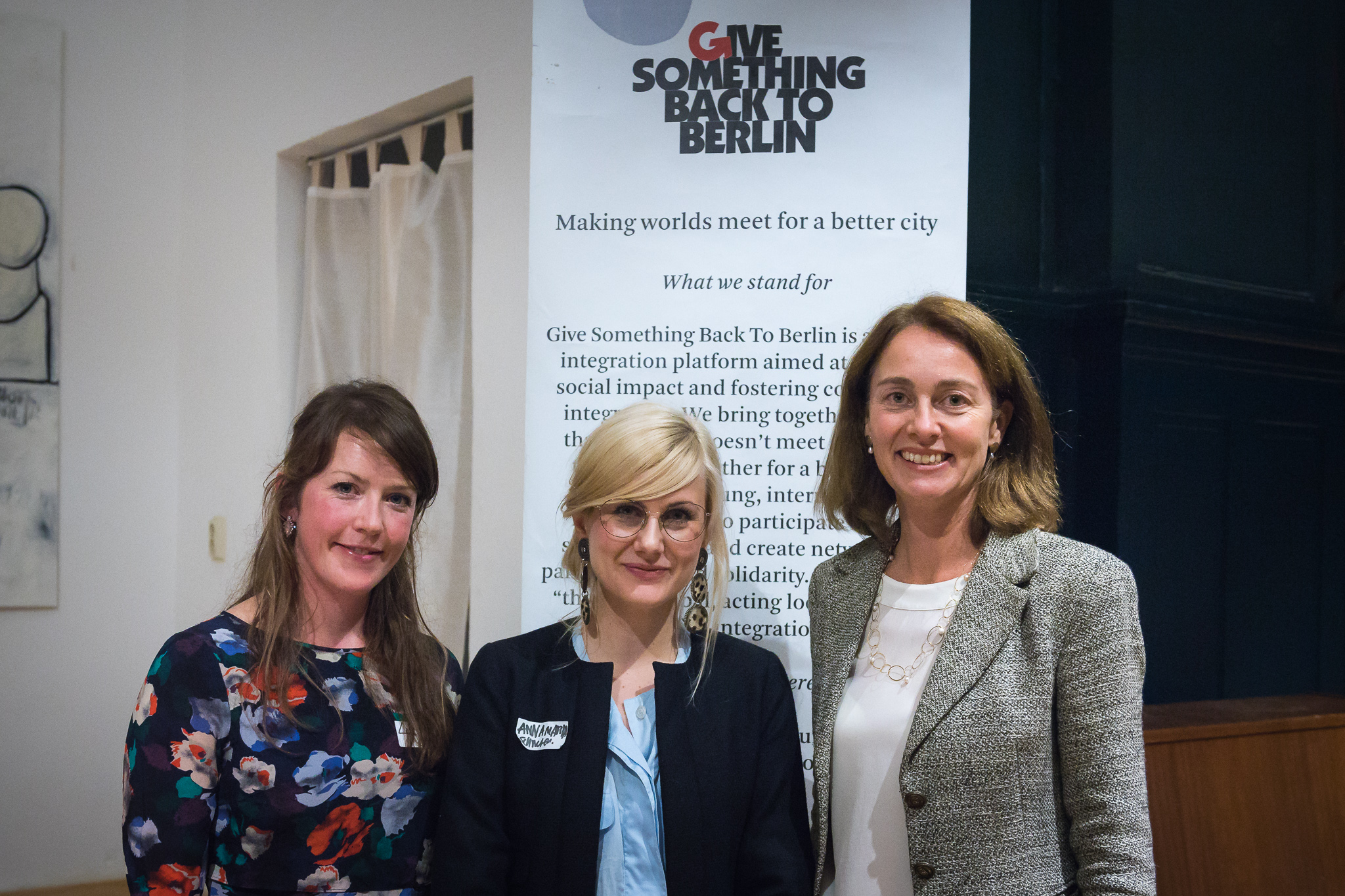 The special guest was Katarina Barley, the German minister of Family, Women, Children and the Elderly, who incidentally has migrant roots herself, hailing from the UK. 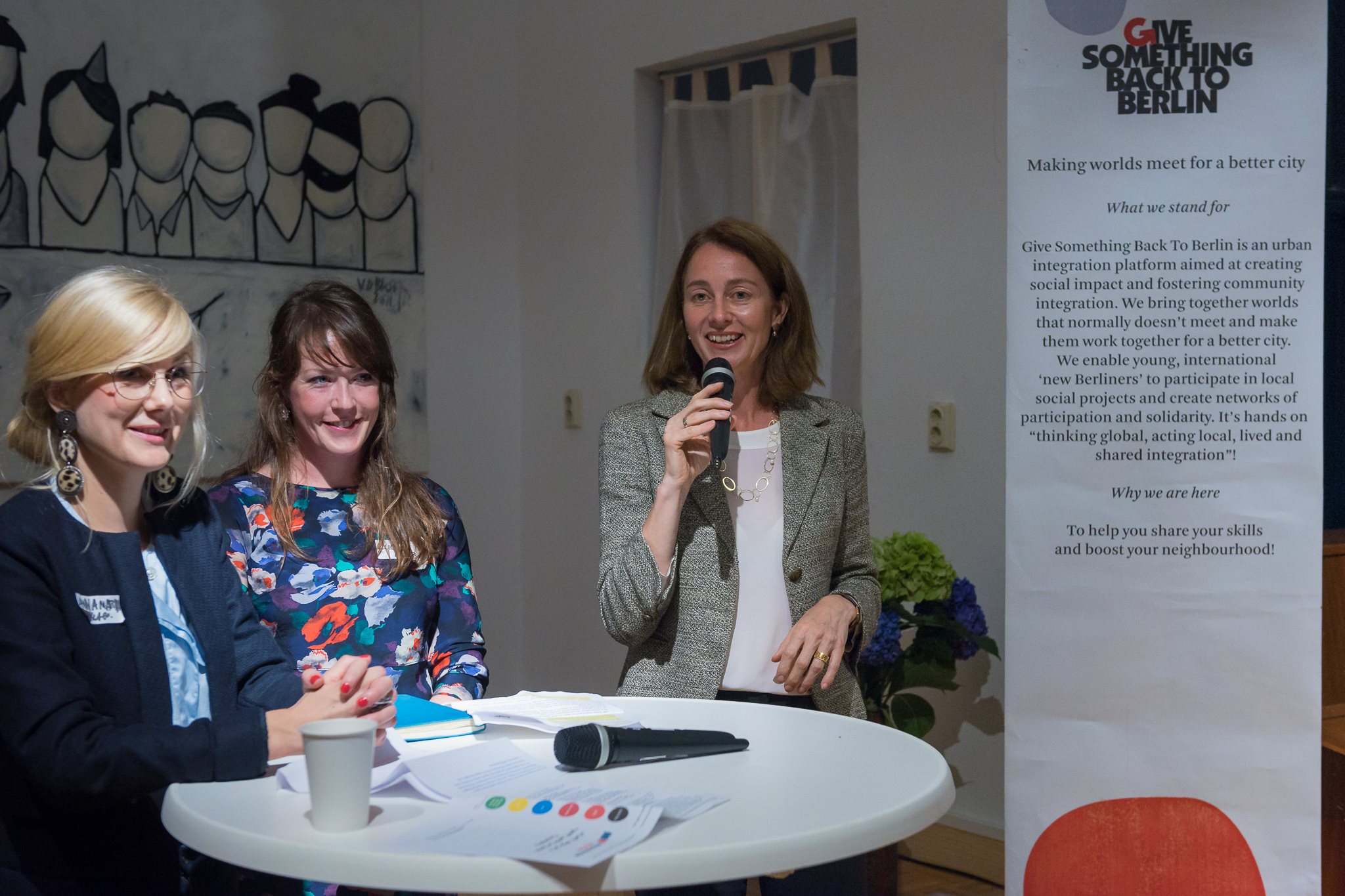 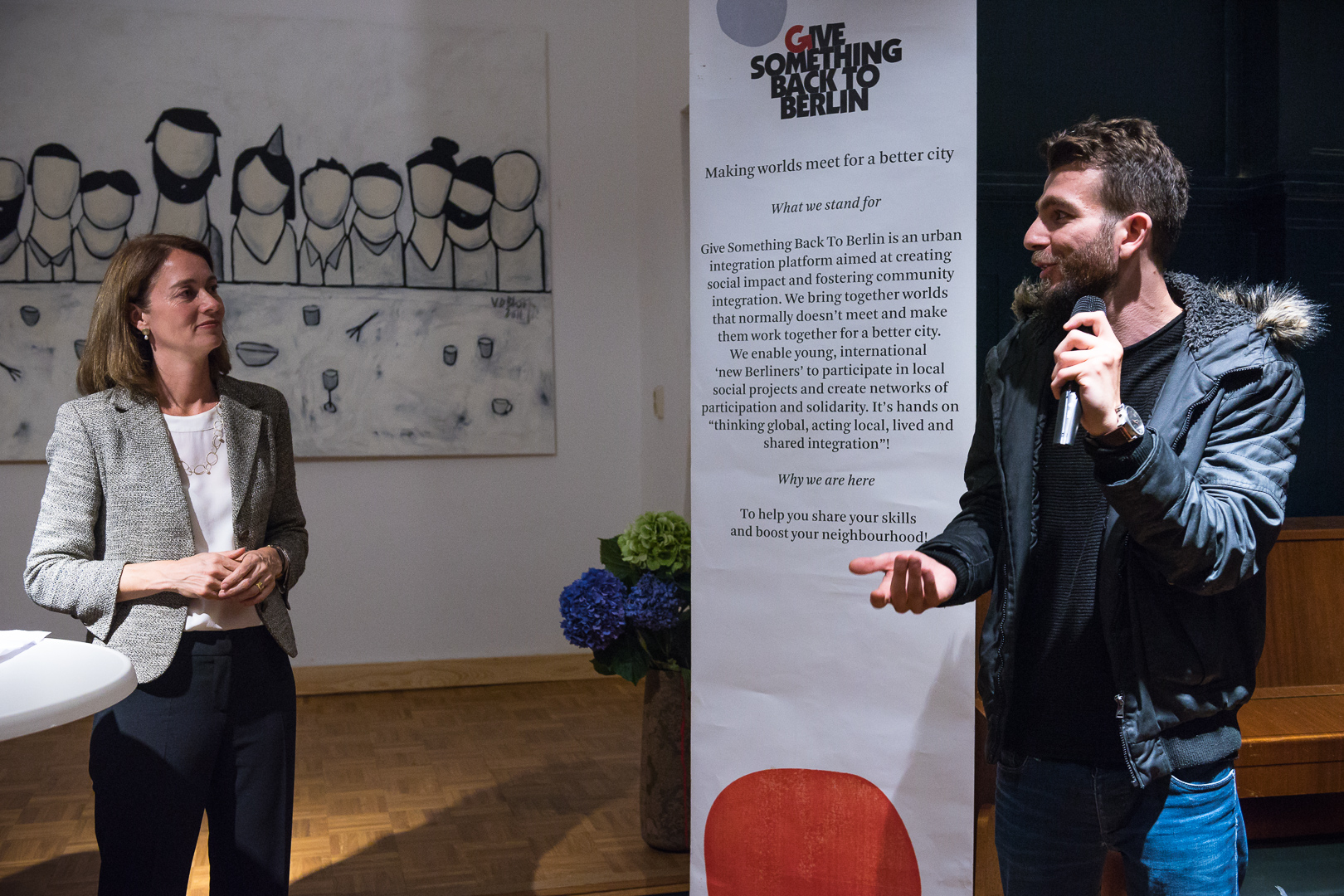 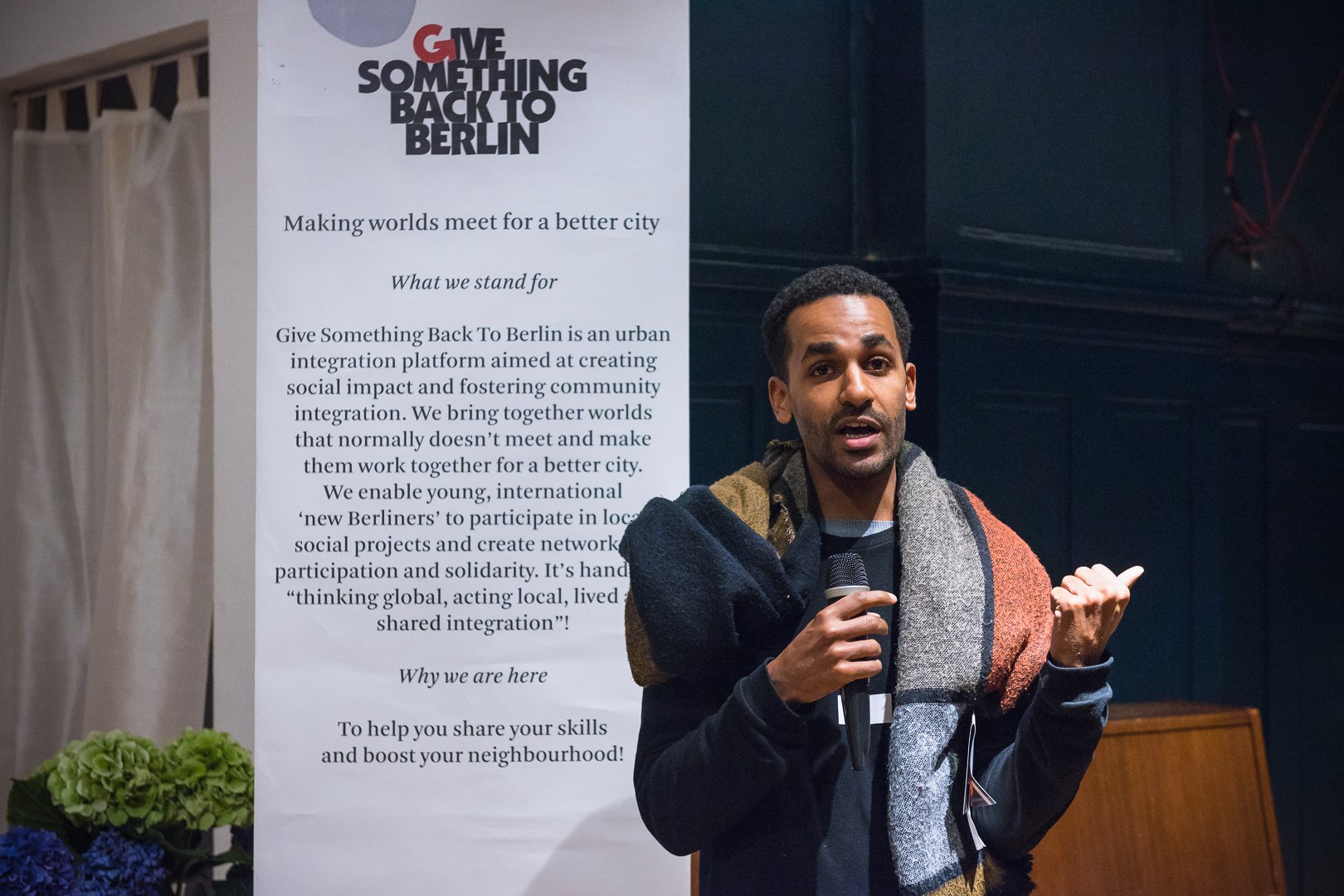 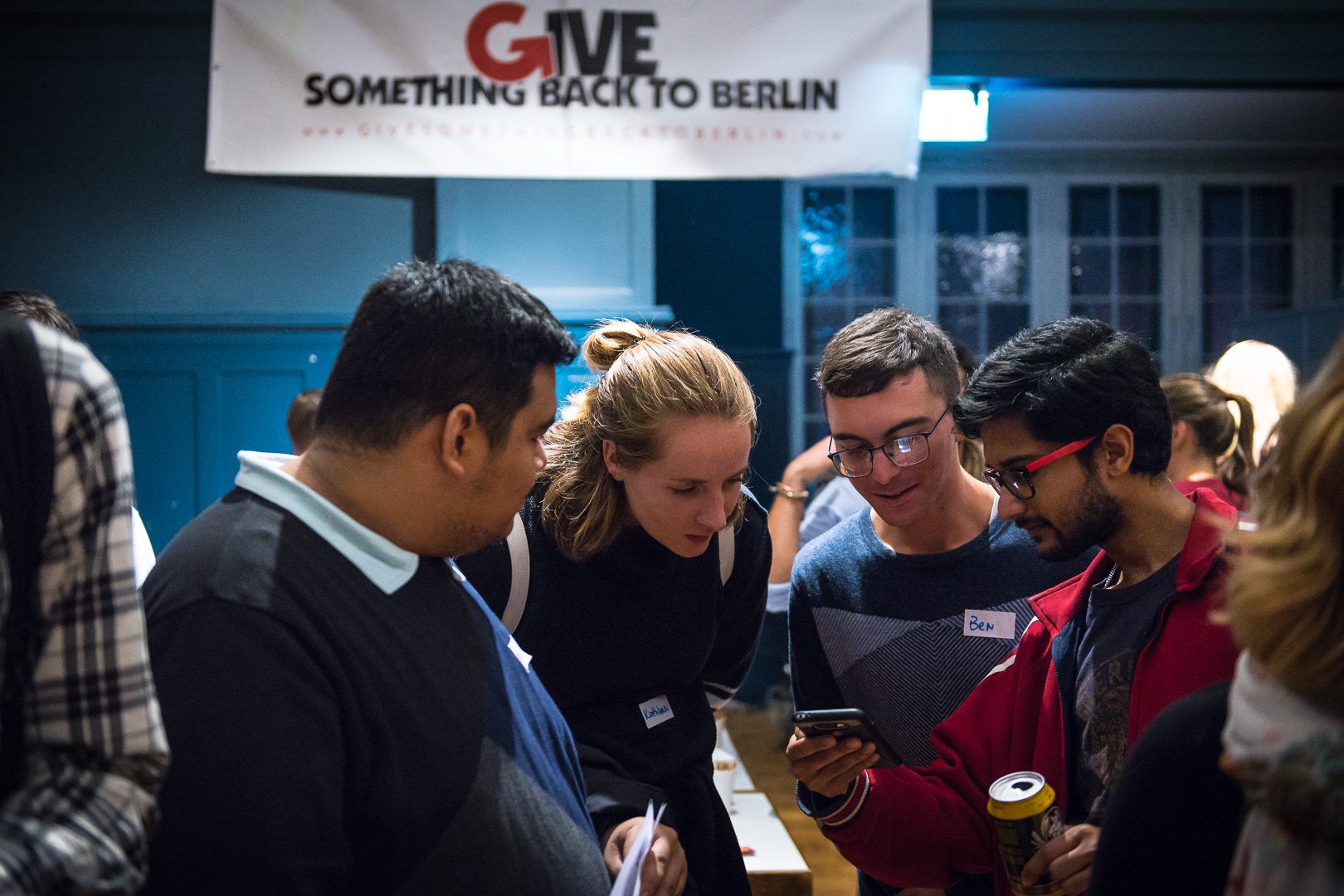 Migration policy analyst group Migration Voter were on hand to arm guests with key information about each party’s migration policies, so guests who might not normally engage with the political process would have the opportunity to get informed and ask questions.. 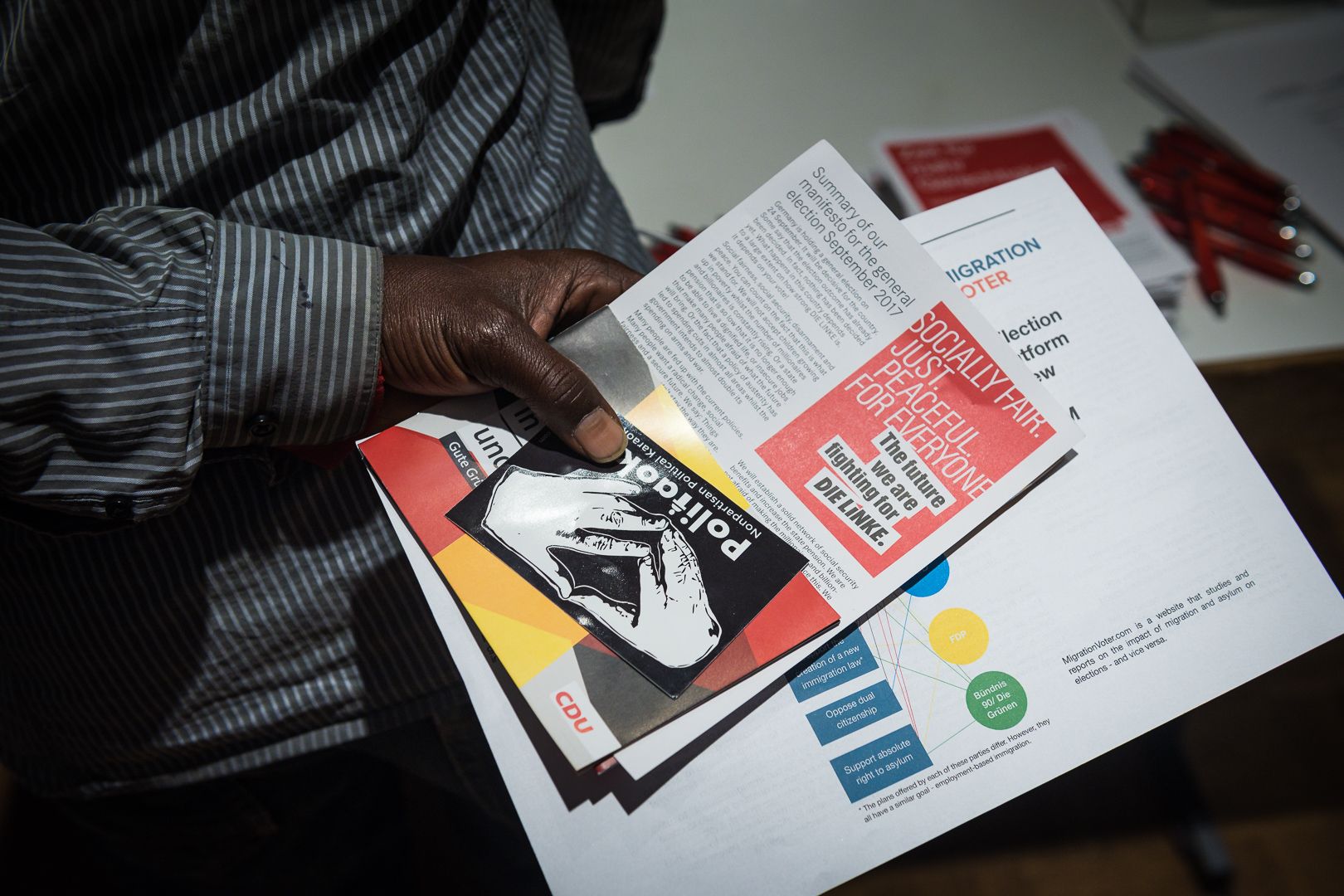 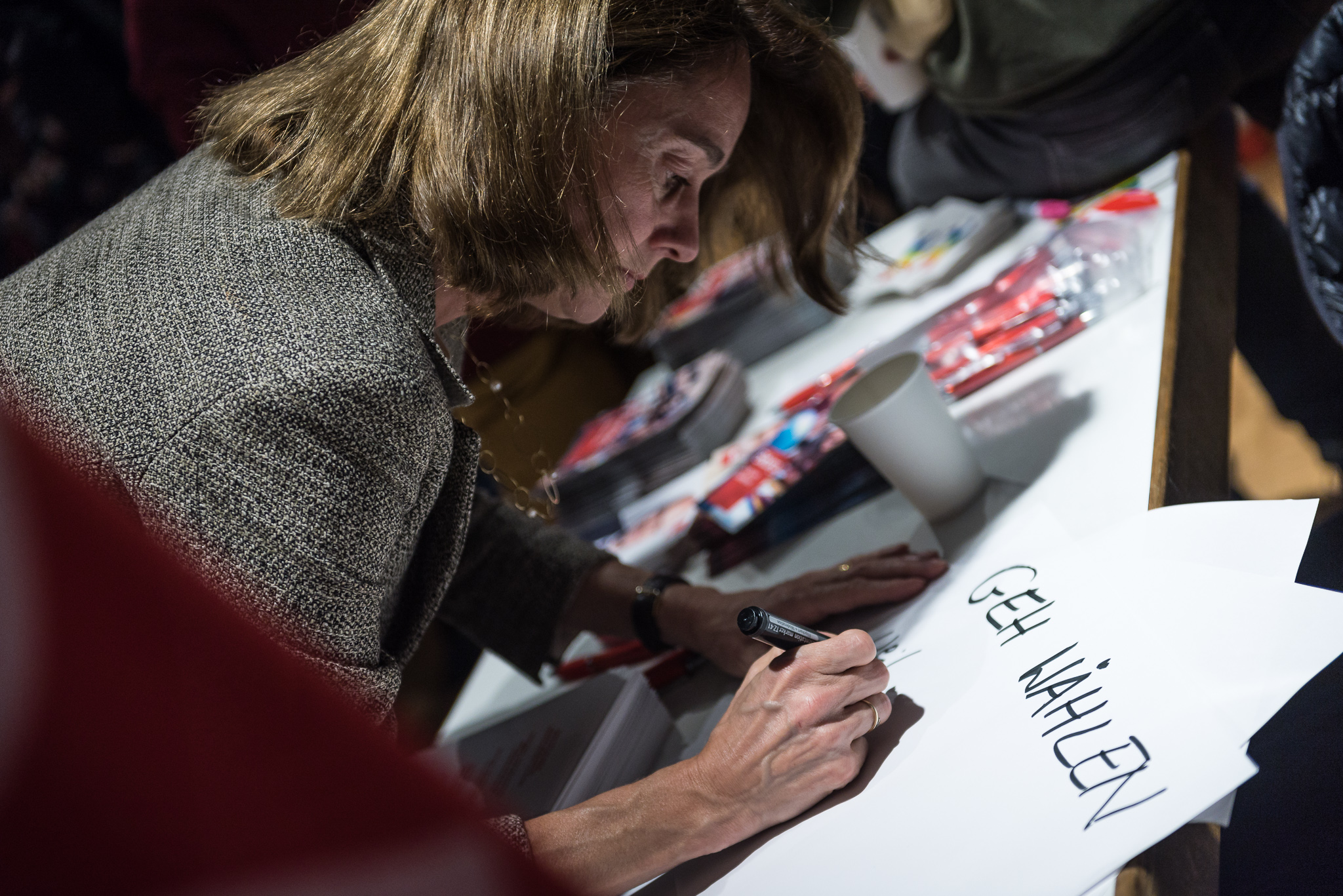 Each party had its own stall with informative catalogues, leaflets and giveaways for all attendees. Party representatives took questions on concerns like Angela Merkel’s real political agenda with regards to the migrant situation in Germany, if the Greens are in fact supportive of totally open borders, and imminent changes to the country’s Harz IV unemployment benefits. 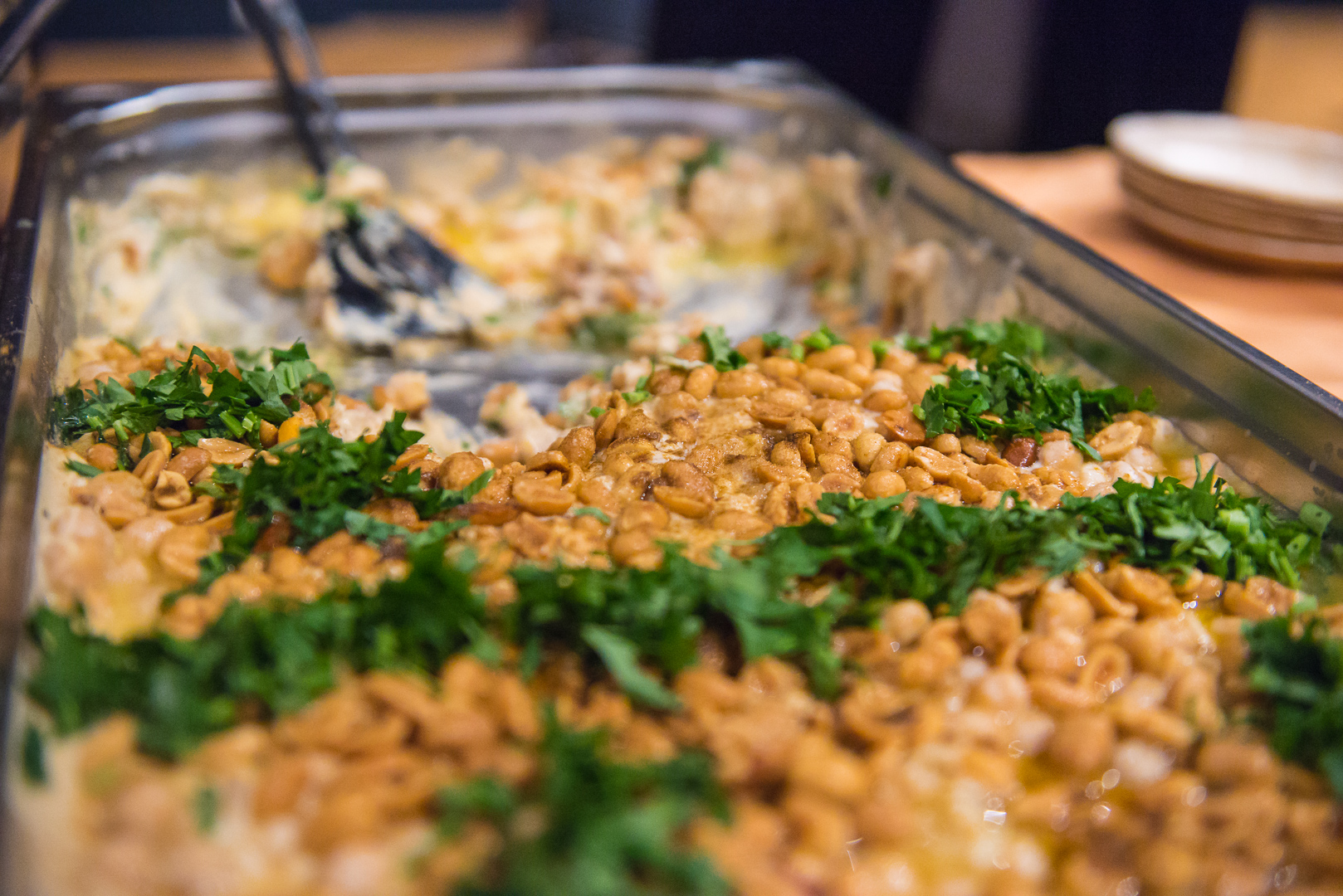 Adding to the charm and excitement of the gathering was some delicious Syrian food lovingly prepared by Syrian mum Qamar and her teenage daughter Bissan. 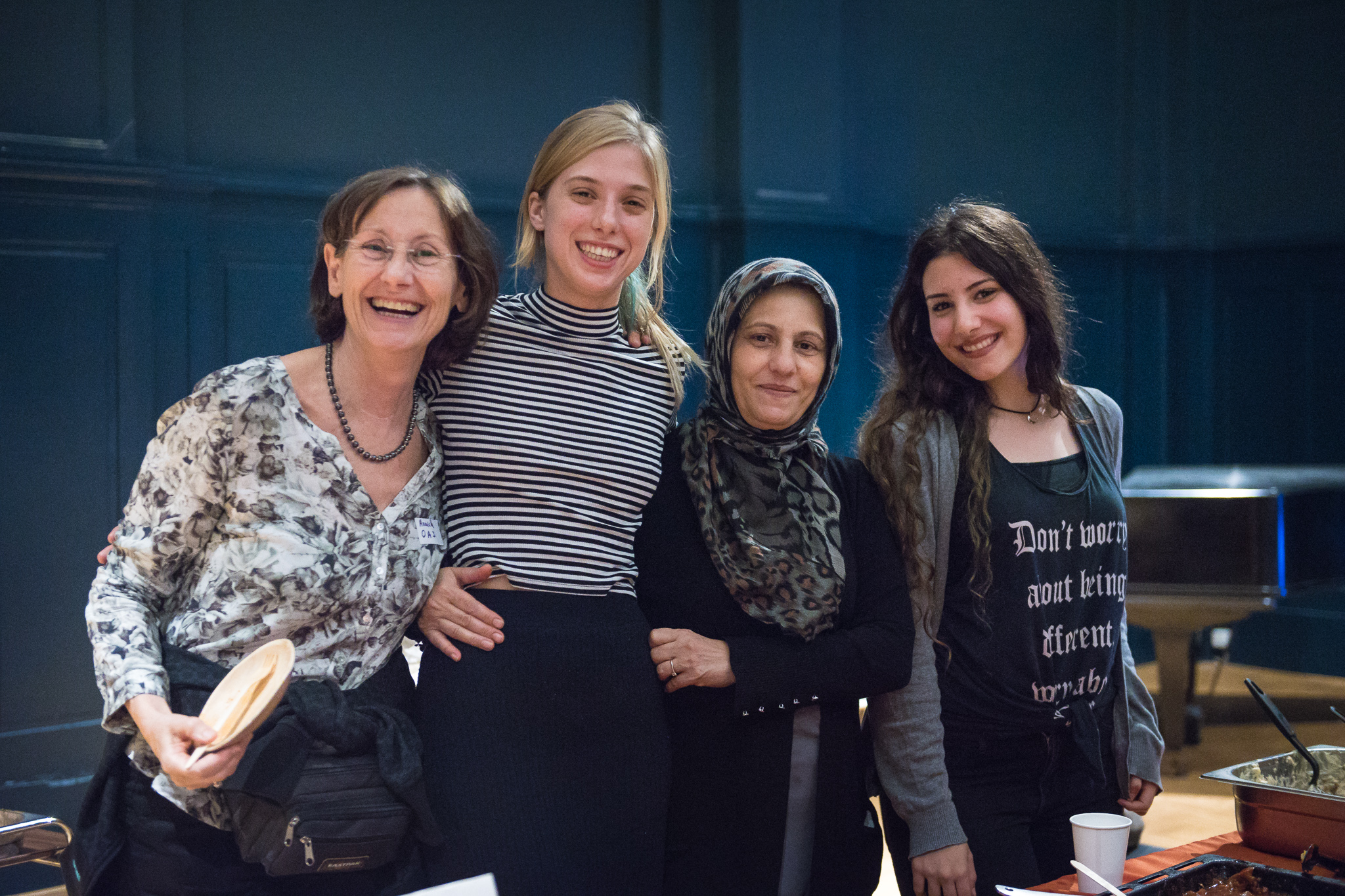 Volunteers Annick and Liza with Qamar and Bissan. 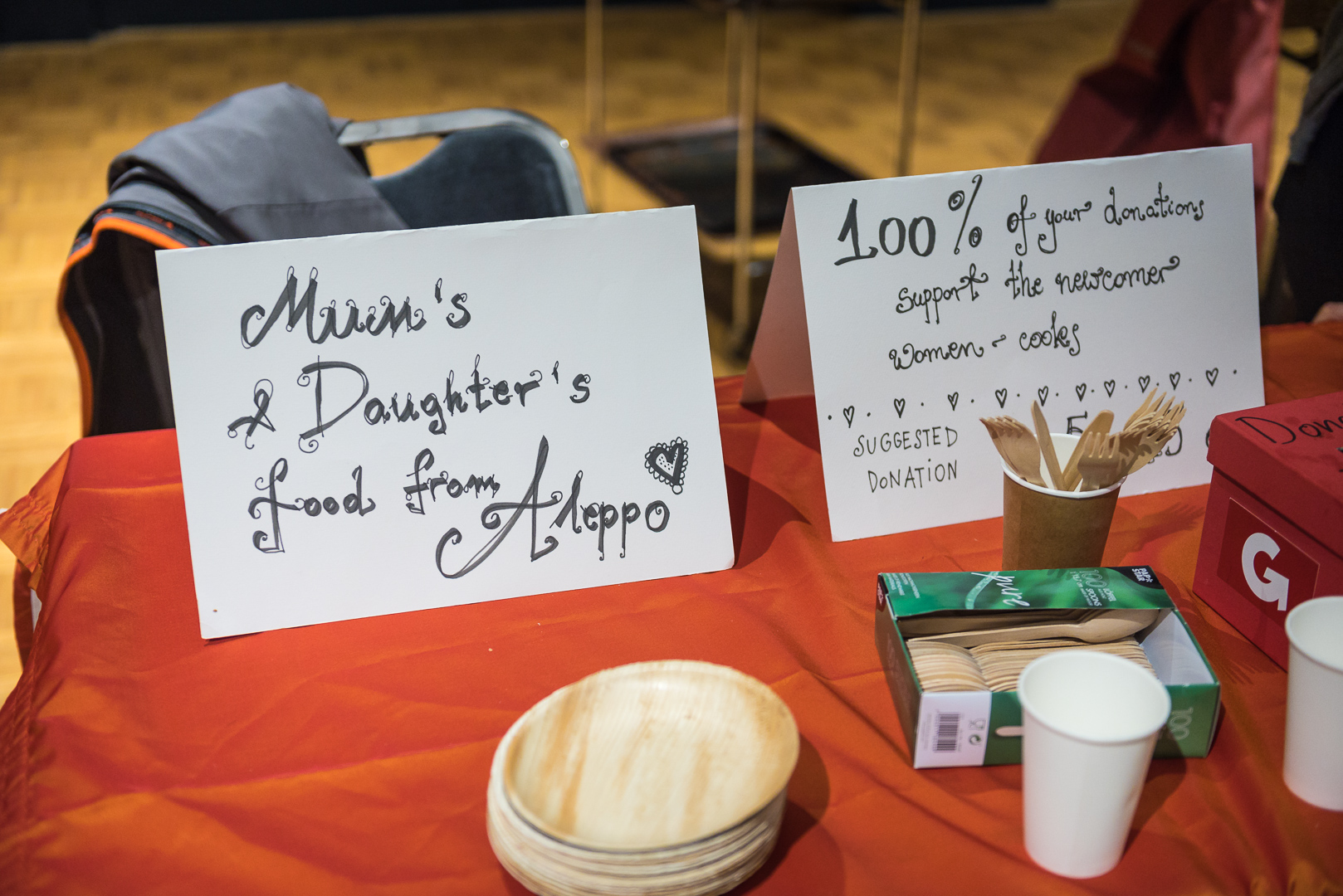 Refugio’s familiar and friendly atmosphere as always proved to be a great setting for this politically-themed event.

Rahul Basu brings strong journalistic credentials from his home country India. He is now an active and enthused volunteer at Give Something Back to Berlin.