Our first community event for this year, the February Mix-‘n’-Meet at Refugio Berlin, was the perfect occasion for our community members to get familiar with GSBTB-run projects and even present their own initiatives. 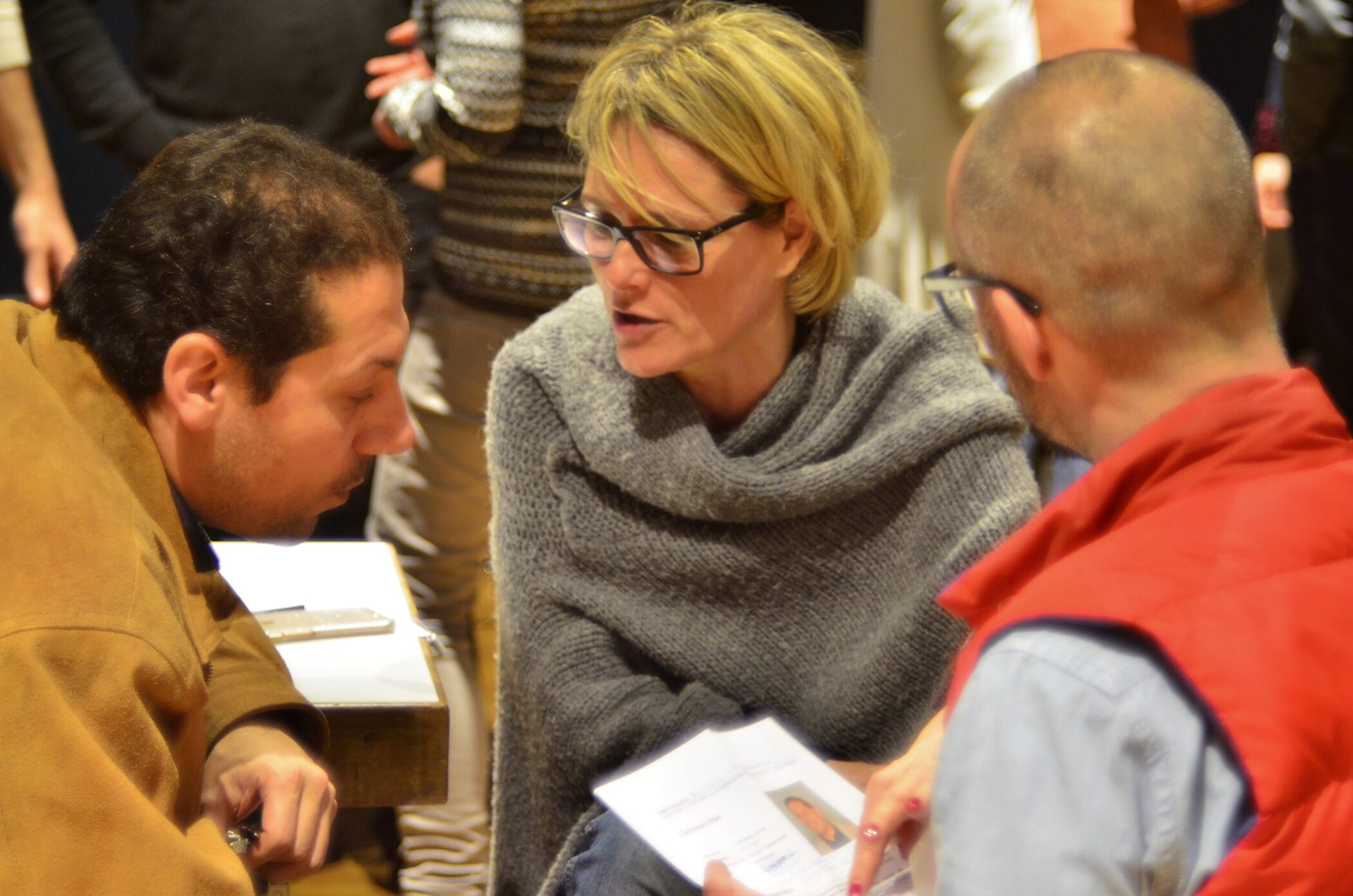 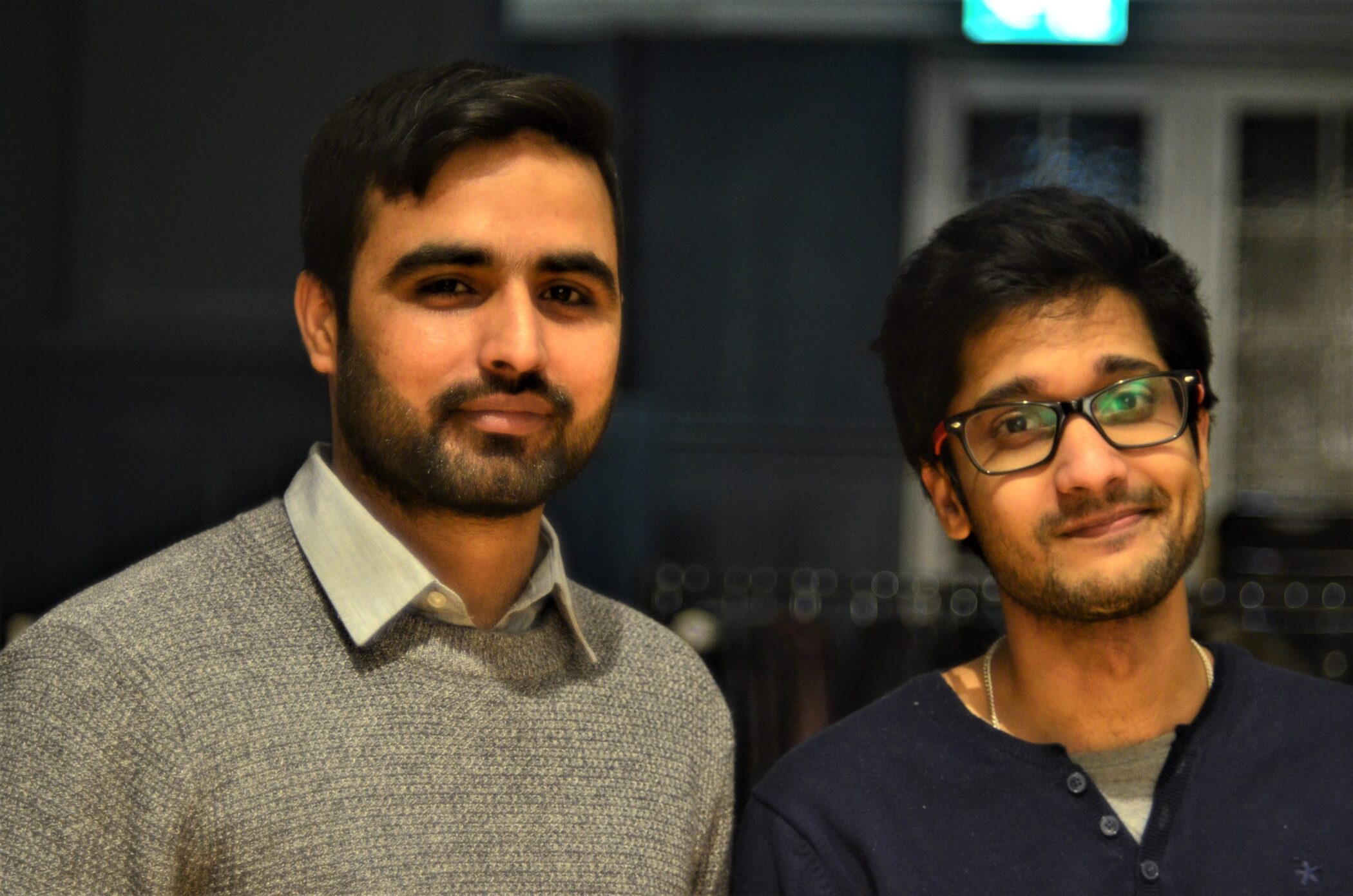 The event was co-hosted by Refugio Lab, a new initiative from Refugio Berlin (where GSBTB is housed) which involves a series of workshops around political participation.

Hania, who runs the GSBTB Open Art Shelter, presented her project which involves women and children living at a number of refugee shelters around the city. Currently the Open Art Shelter is on the lookout for native German speakers to become individual German tutors for women, men and children. Open Art Shelter is also looking for Farsi or Arabic speaking women with some basic knowledge of psychology or psychotherapy, who could work as interpreters for counselling sessions in English. 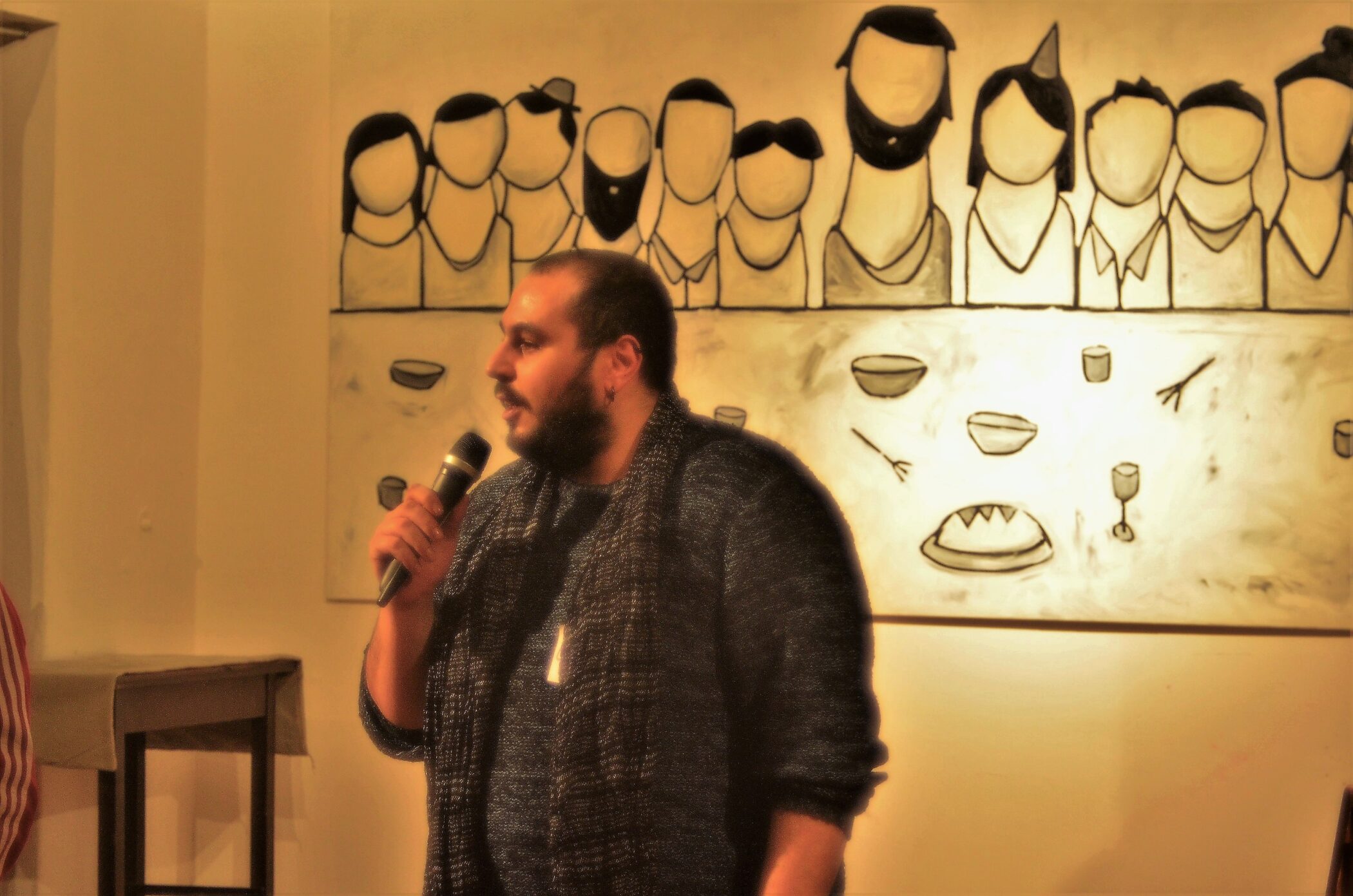 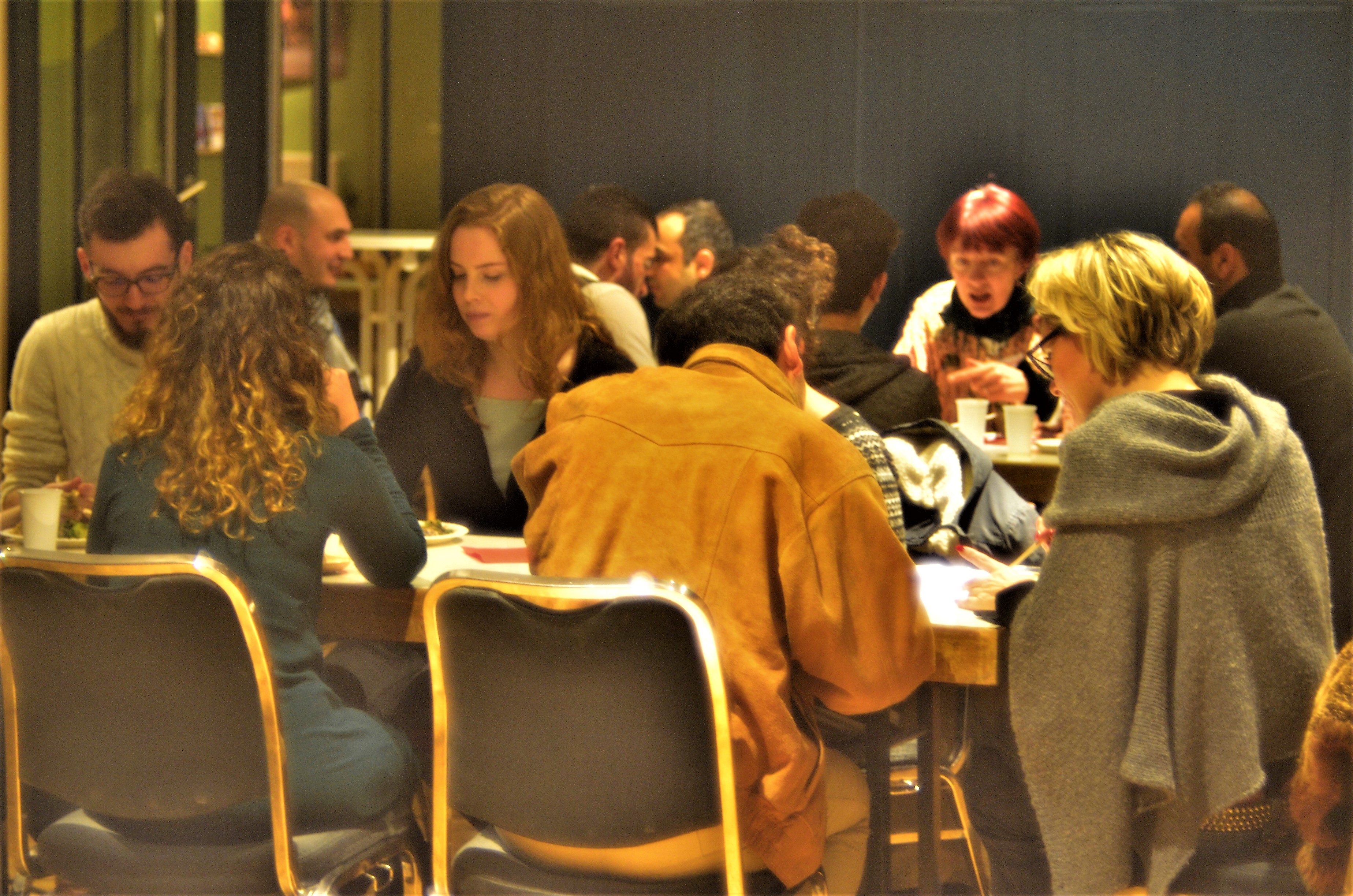 This was followed by an informal ice-breaker game/speed dating round where all the guests were asked to introduce themselves to someone they didn’t know in the crowd, with the aim of finding common interests and building new connections.

Around 50 people attended this month’s event, including volunteers, new recruits and first-time visitors. One of them was Luke from Cambridge, England, who – according to his name tag – likes running and is currently living in Berlin and learning German. Anas from Syria also attended for the first time. Anas was invited by his cousin, who is familiar with our community. Another attendee was Audrey from New York, who is a freelance travel writer and moved to Berlin with the aim of travelling across Europe and meeting new people.

And, of course, there was food. GSBTB volunteer Bissan and her mother, Qamar, from Aleppo, Syria, prepared delicious dishes for all the guests: traditional tabbouleh salad, malobeh (chicken with rice in a cake formation), plus chocolate snowballs for dessert. 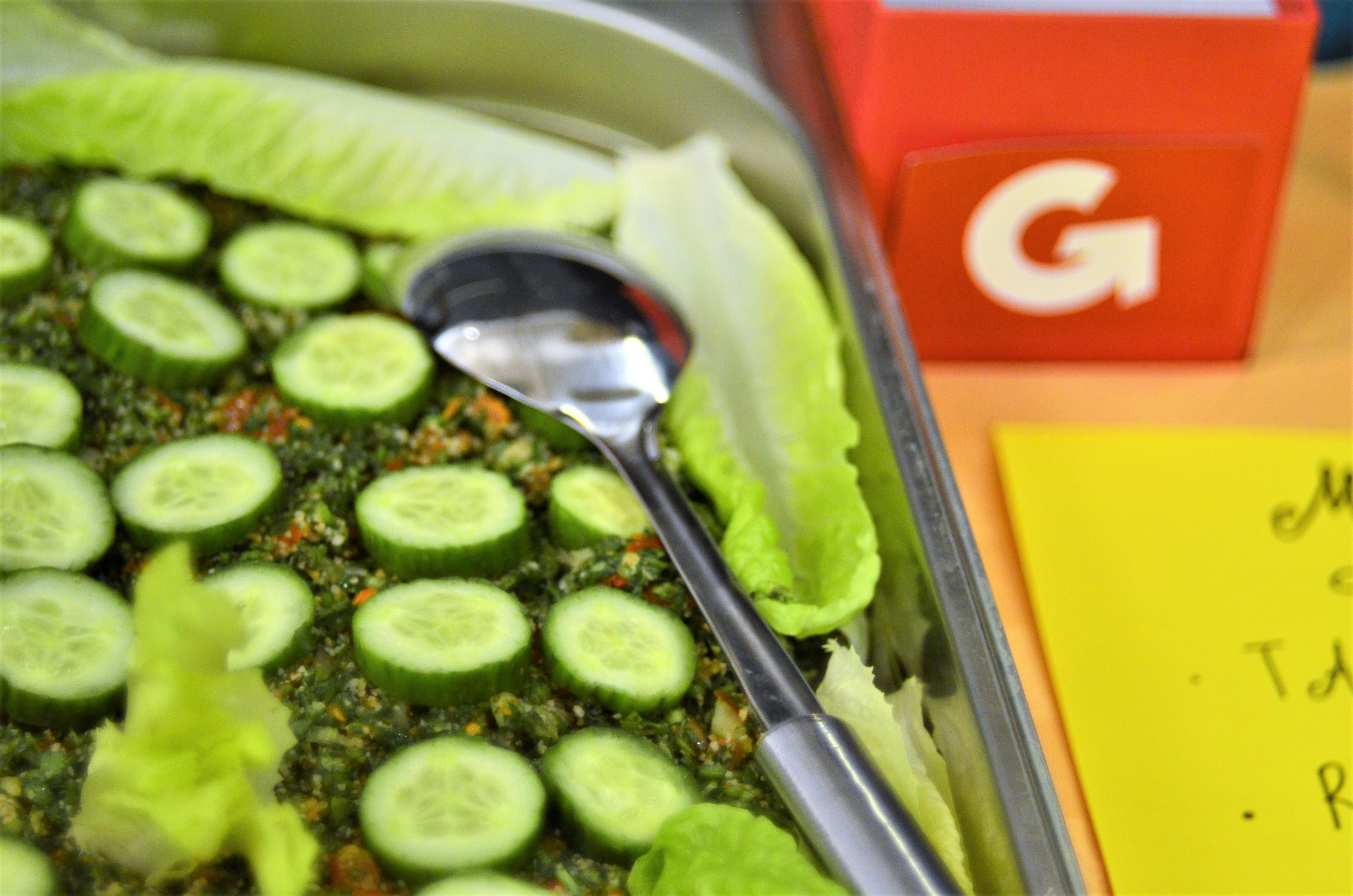 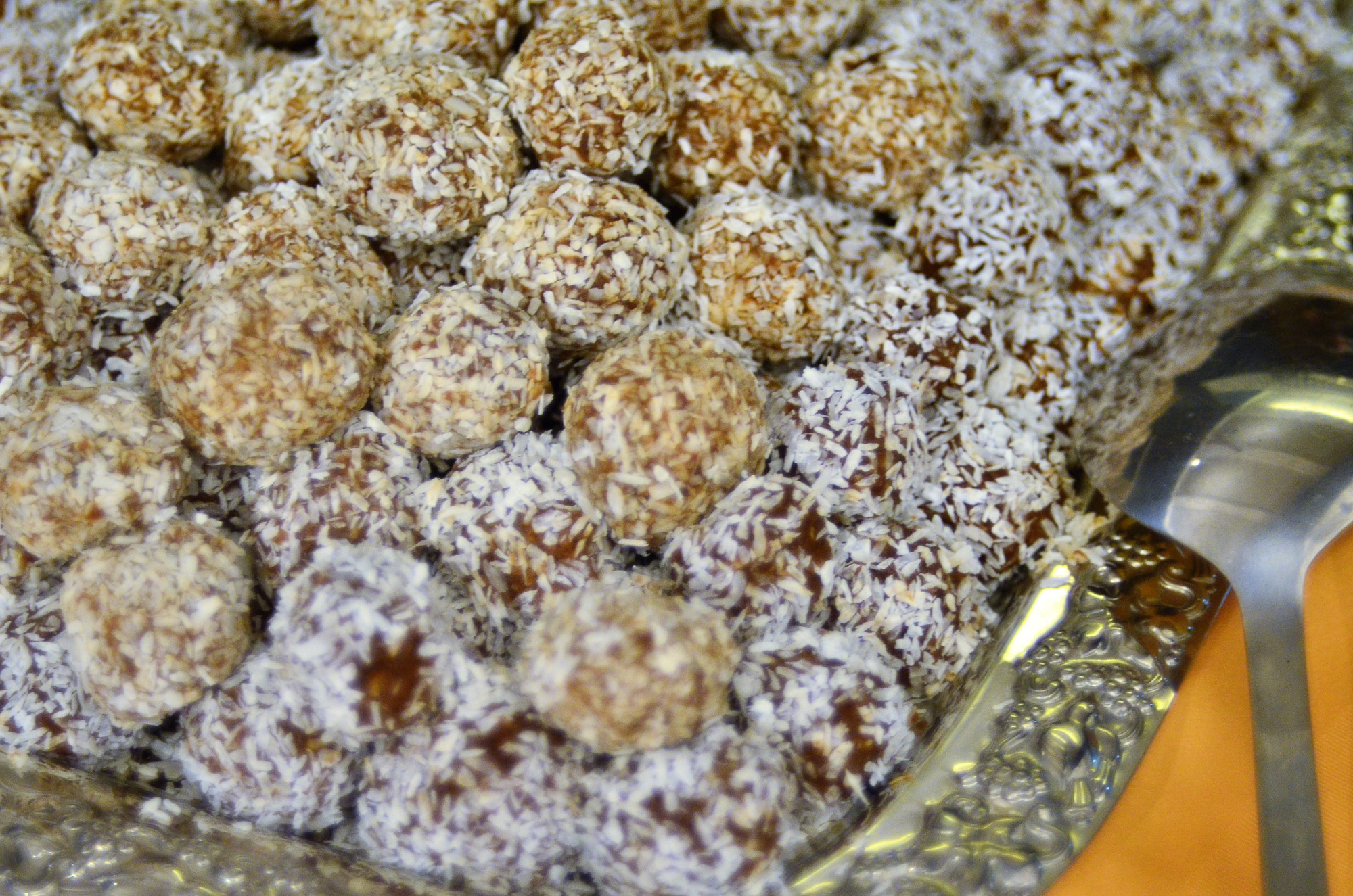 Rahul Basu brings journalistic credentials from his home country India. He is now an active and enthused volunteer at Give Something Back to Berlin.