Metal music has always been considered outside the mainstream in the Middle East. Usually people who listen to metal music are hiding or pretending that they are listening to “normal” music.

In Syria it’s more extreme, as people have to go through many more battles: against society, against cultures, against war. Traditional people in Syria, especially in Aleppo where I come from, would consider this music satanic or anti-islamic. They might say that people who sing this kind of music are gay or possessed by the devil, or they would think they are not well educated.

There are assumptions that all metalheads do is get drunk and take a lot of drugs, which is totally not true. People hear the screaming and think it’s just a phase, that you’ll grow out of it. 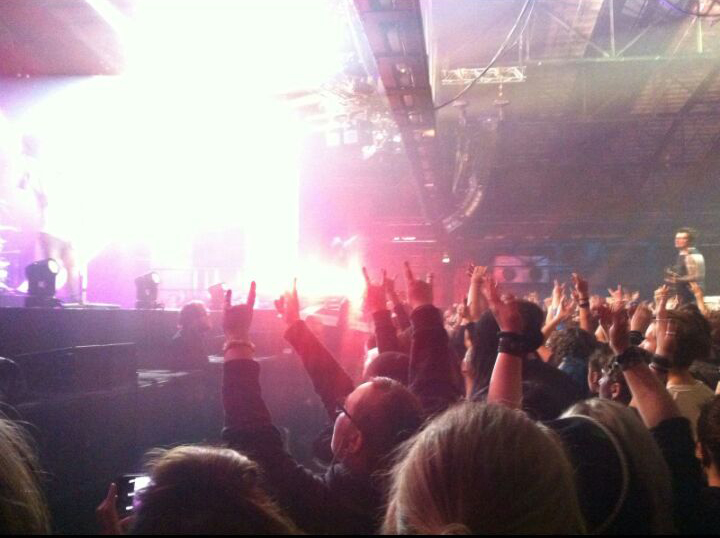 A photo Laya took at her first metal concert, in Berlin.

I started listening to metal when I was eight. My brother used to make me listen to popular bands like Metallica, Evanescence, Linkin Park and System of a Down. My mum used to hate it when he put this music on infront of me, saying, “stop this music! I don’t want her to be like this.”

I started to like this music a lot, but when I asked my brother to show me where to get this music from, he refused, saying I was too young to love it. I remember hiding behind him and peeking to see: “where is he gonna get the music?” I would tell him that I wanted to play a Barbie game on his computer, so that I could listen to all these amazing bands. Of course, a while later I found out that this type of music is called “METAL”.

What I really like about this music is that it speaks about everything in life: bullying, politics, war, sadness, happiness, mental illness, etc. I feel that they scream in anger because you cannot speak nicely about war and say, “hey, please stop killing us…”. Most lyrics are deep and meaningful. I have no favourite metal genre and I listen to all genres.

For me as a kid, music was my only escape and the lyrics said everything my lips wouldn’t say. By the time I was 10, my family was starting to realise that I was really into this type of music, as I began changing the way I dressed. They told me that I would regret it, that I wouldn’t be able to stop listening to it. I felt their reaction was kind of harsh on me. Some of them even printed articles about this music, saying that I would go to hell, and that these musicians are insane.

Some of my family members refused to go out with me because of my style of dress. I kind of understand their reaction: in their eyes, I was only a child. It wasn’t only hard for me with my family but in school I got bullied a lot. The school called my mum few times and I also failed Religion class, just because some of the girls told the teachers that I listen to all this screaming. I even got a warning that I could get suspended from school.

People would look at me in the street, calling me names. Our neighbors said they were afraid of the loud music in our house. I was at war with most of the people around me.

I’ve always felt older than my age, but everyone around me thought that I was only a child, that I would grow out of this music. I began isolating myself from everyone and going through adolescence didn’t help. Metal music became my one and only friend.

In 2011 the Syrian civil war started. Everyone was so lost, terrified and confused. People started moving to safer places within Syria.

We moved around Aleppo a lot. We went to even worse, more traditional places where even “normal” music wasn’t allowed. I had to listen to my own music in secret. In 2013 we shifted back to my old house, even though it wasn’t safe. We felt we had no other choice. By then I was 13 and when I went to buy band t-shirts or something punk rock I had to go to underground places. People were more and more paranoid about anything that didn’t fit with the Syrian culture. 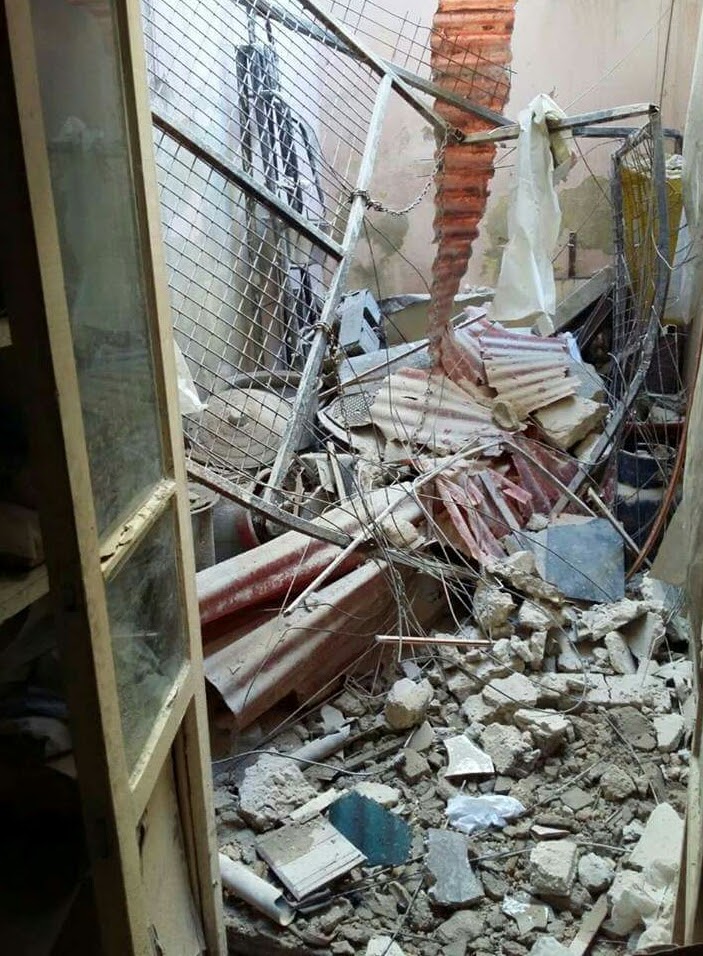 In 2014 I moved to Turkey, where things weren’t much better. Our living conditions were really bad and I had to count on myself a lot because my mum had to stay in Syria to do some things. I was only a teenager and this music helped me a lot, through my worst times.

But when I left Syria I knew I didn’t want to be so alone again, so I learned to hide the fact that I am a metalhead because I needed friends and I was afraid of rejection.

Once my mum arrived in 2015, we decided to travel to Sweden as my brother was there.

It was the worst experience of my life. We fell in the water three times and saw people and children sinking. I was wearing my Metallica t-shirt, which I remember struggling to find in Turkey.

In Sweden I was more comfortable listening to what I wanted, but I also experienced a lot of rejection from Arabic society there.

In 2016 they sent us back to Germany, as we had already been fingerprinted there, so that’s where we had to live. In Berlin I finally learned how to be myself, to not care what other people around me think and how to stand up for myself.

Since coming here I have seen Avenged Sevenfold and Disturbed live. It was the most amazing life experience and I felt right at home. 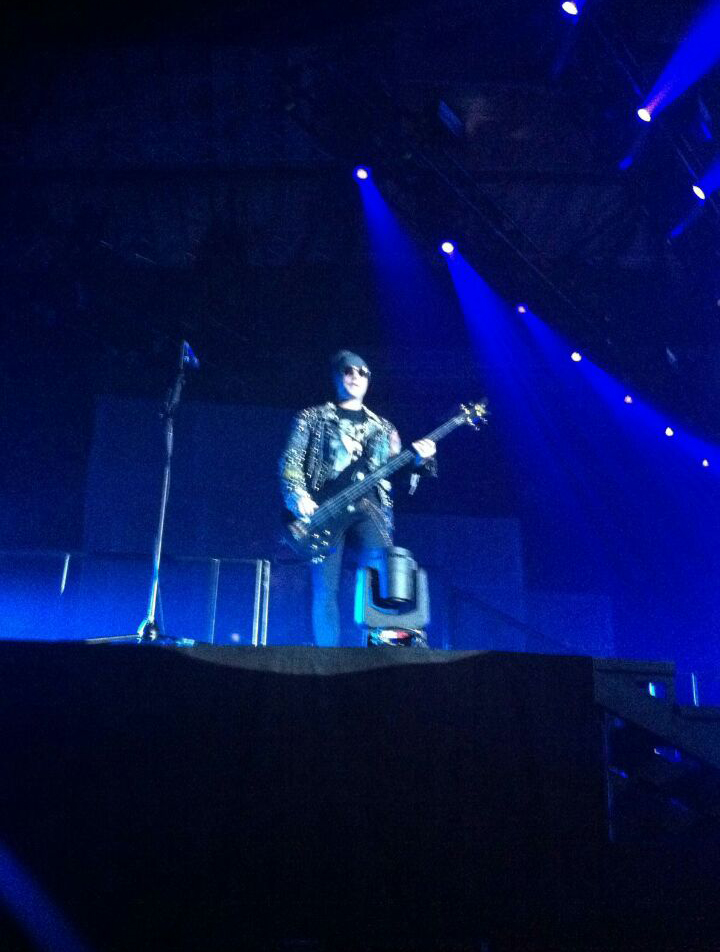 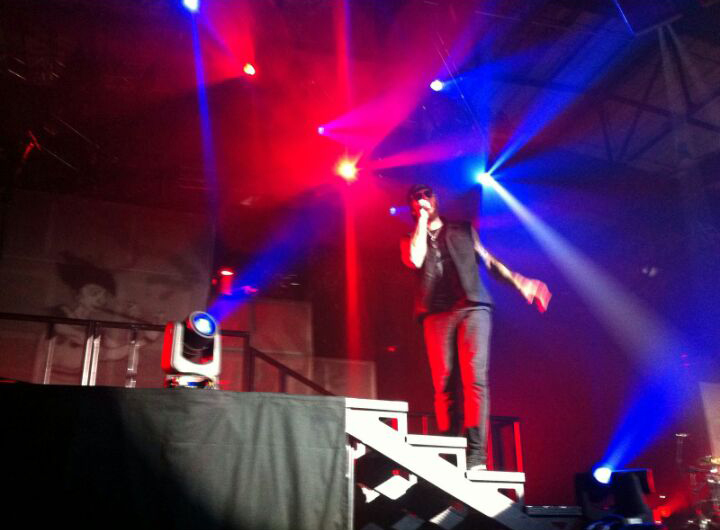 In the end I just want to say that I don’t stand against anything religious or against anyone else’s culture. I just want people to respect that God made us different in order to complete each other, not to judge.

I want people to treat metal music the way they treat other music genres. I don’t understand how you could not judge someone who listens to music about appearance, sex, money and drugs and then reject metal music, just because it expresses emotions in a different way.

*Name has been changed

[Editor’s note, August 2018: Exciting news! Laya’s story was re-published in the international metal music magazine Revolver, with beautiful illustrations by Batman illustrator Becky Cloonan. Laya’s story went out to 100,000 readers in print, but you can also check it out online, with illustrations, on Revolver’s website].