To celebrate two years of GSBTB Open Music School, we held a party and music showcase at Refugio. Called ‘New City Sounds #1’, the name of the event encapsulated its spirit, offering the stage to some of Berlin’s emerging musical talents.

The GSBTB Open Music School aims to celebrate diversity, inclusion and empowerment in music by offering free weekly music classes to any and all, targeted at new Berliners. The schools also hosts weekly women*-only music classes. To the same tune, the event was prefaced by two workshops both for women*: one an introduction to the basics of electronic music production, and the other focusing on telling a story through rapping, by exploring different storytelling techniques. There was also a panel discussion  entitled “Berlin’s Music Community: Truly Inclusive?” hosted by Caoimhe McAlaistair, with guest speakers/musicians Valerie Djurhuus, Adi Amati and Melanie Wharton. The speakers discussed some of their experiences in the male-dominated Berlin music industry, especially as women* of colour. 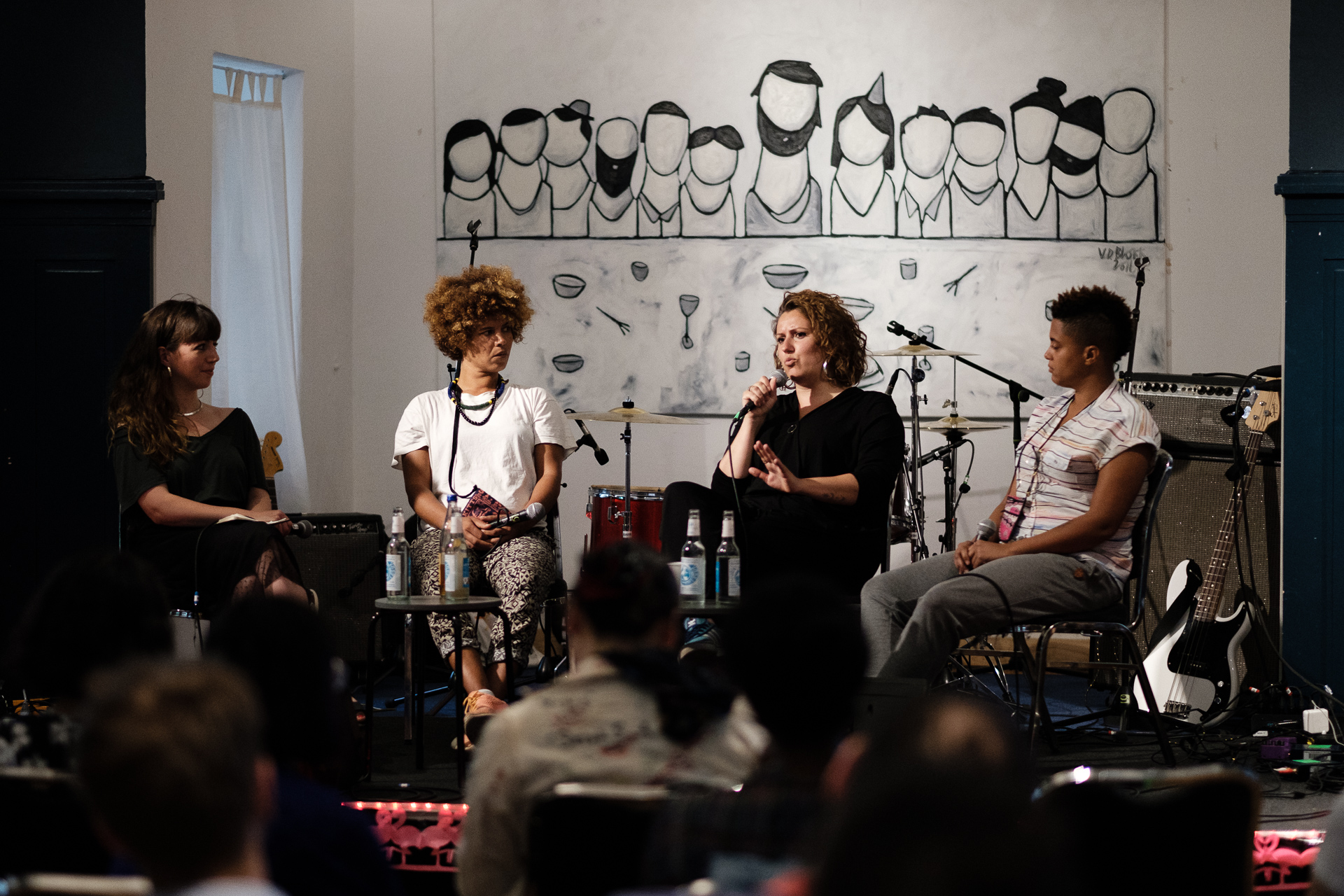 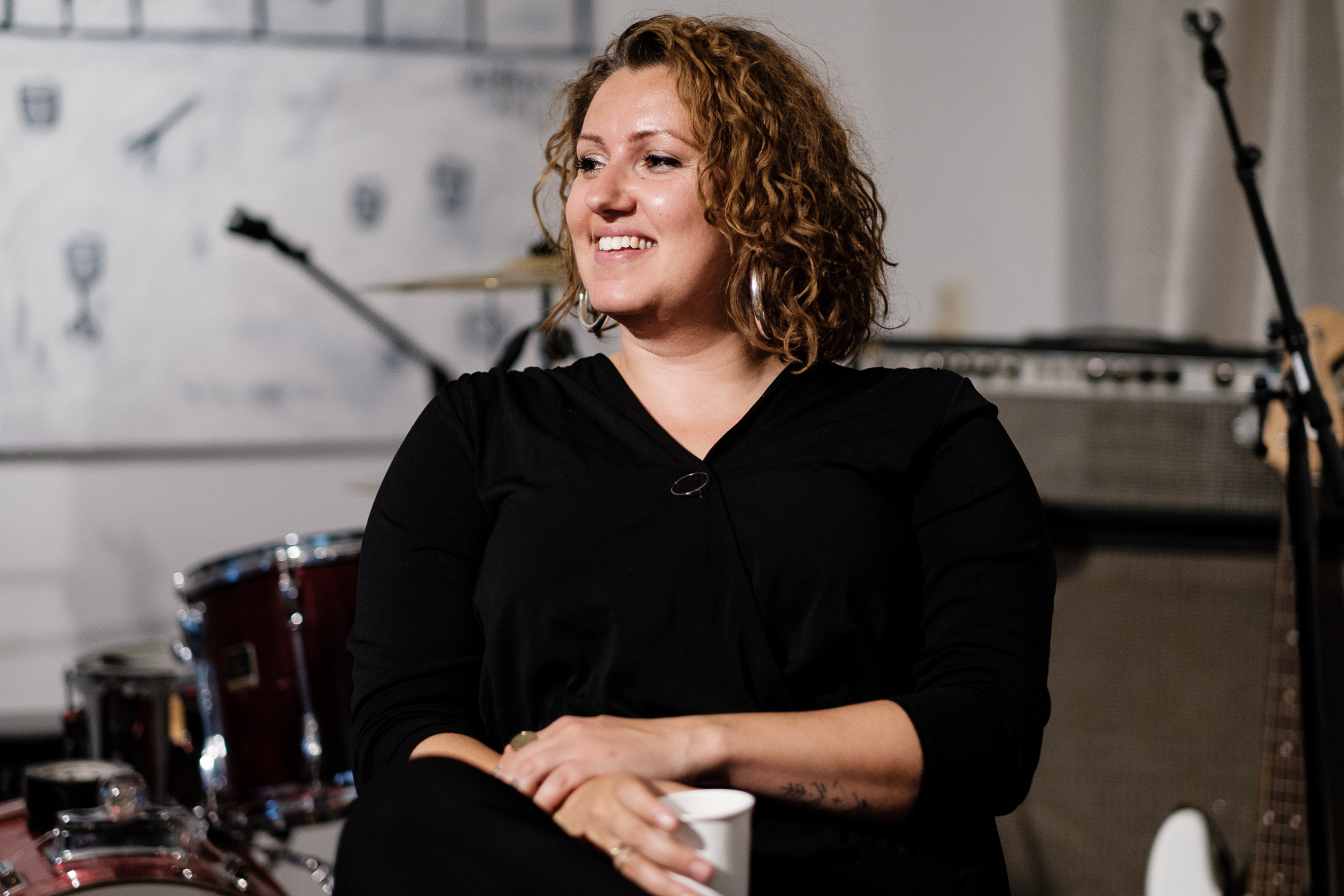 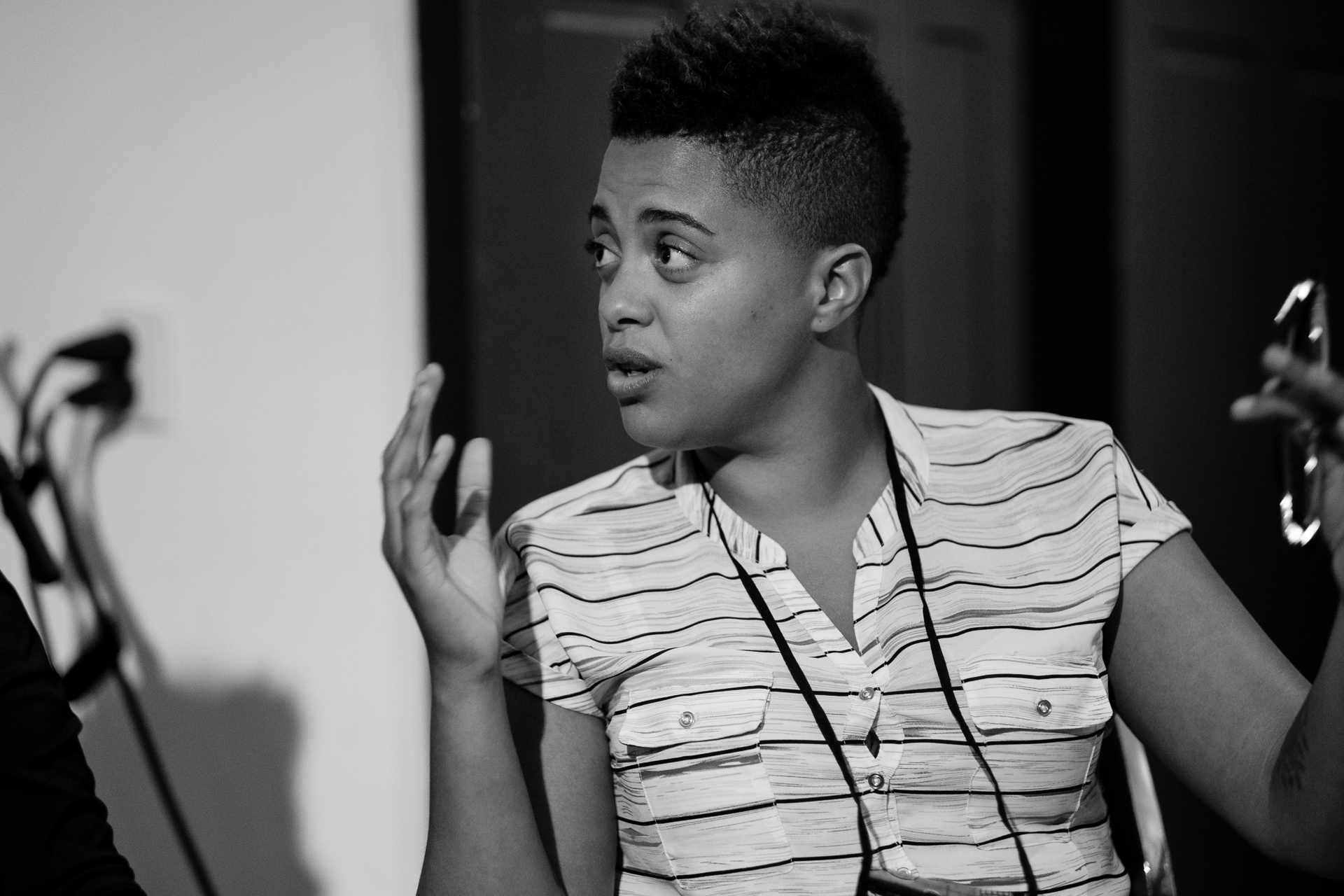 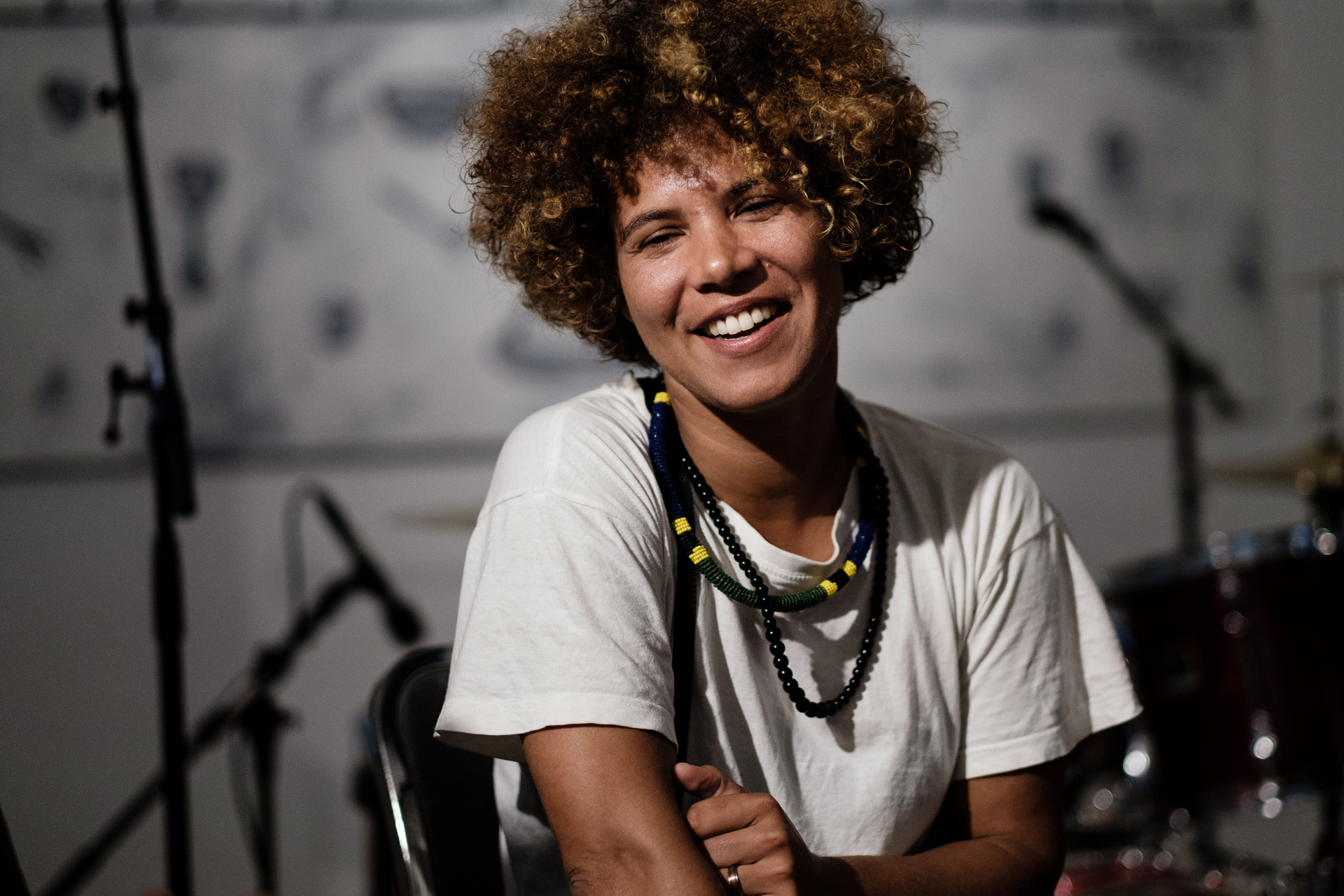 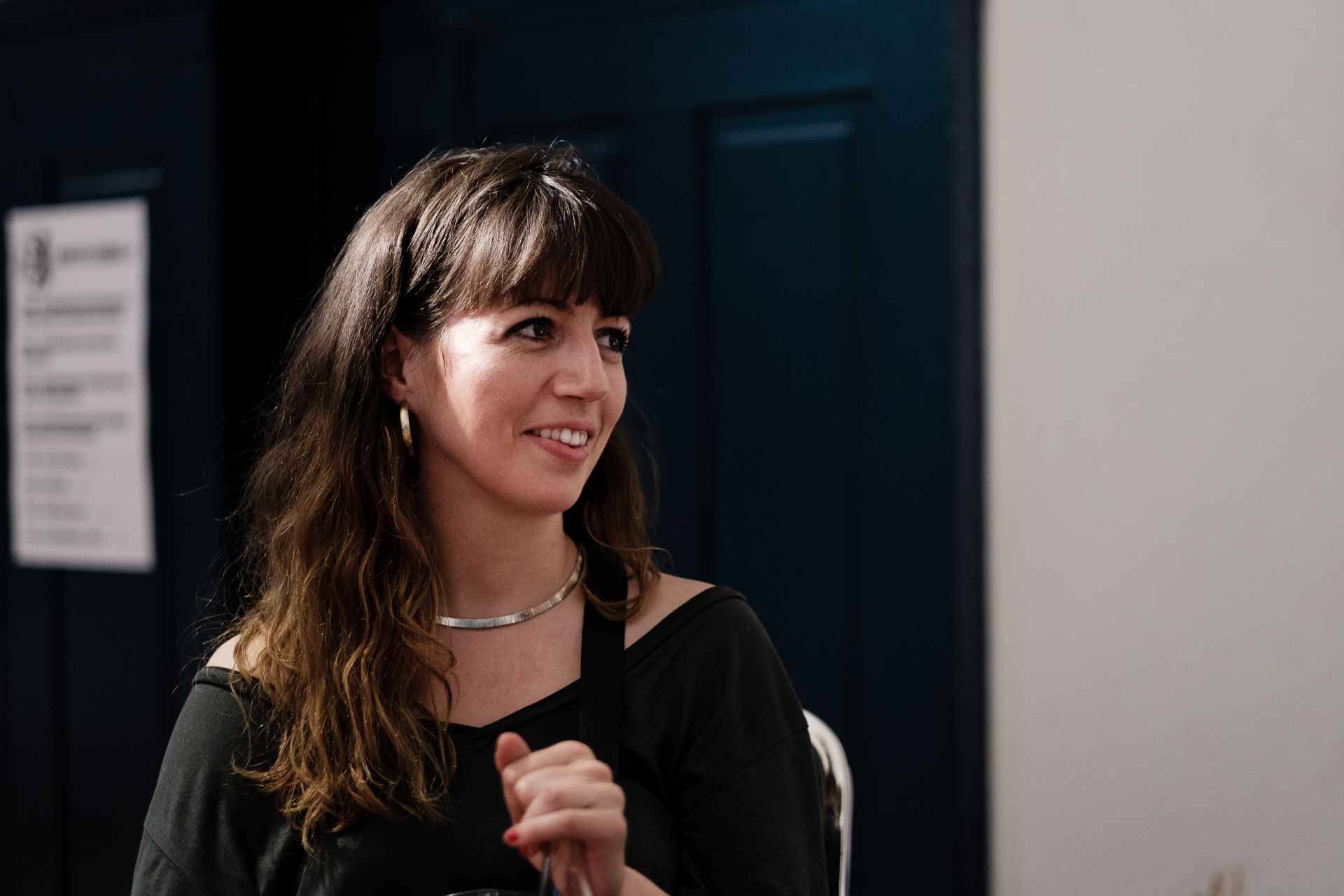 Following this, it was time to bring out the artists! Kicking off the party were the GSBTB Open Music School’s students, belting out beloved songs and joined by the audience in their renditions of “Hotel California” and the ever-popular “Imagine” by John Lennon. 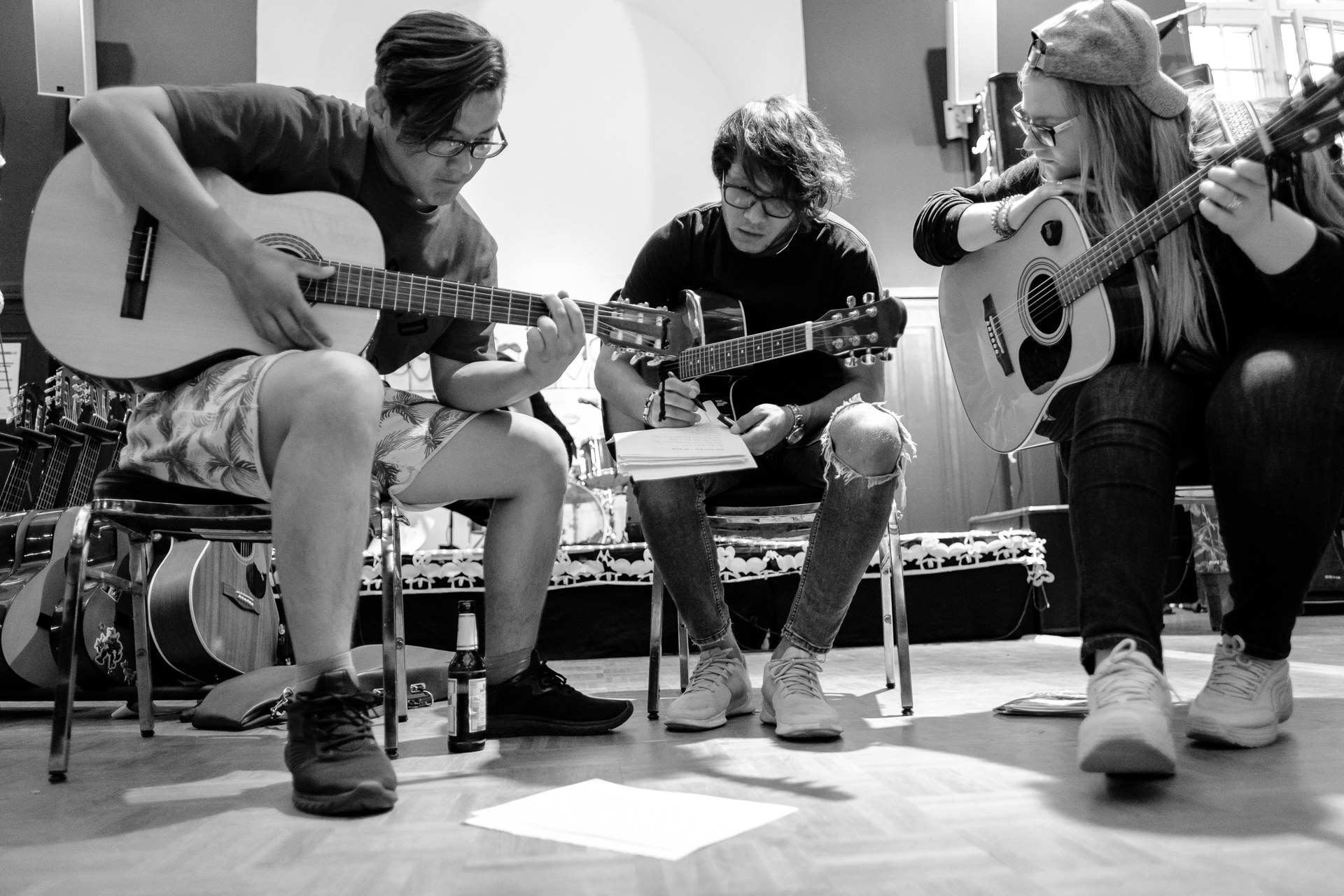 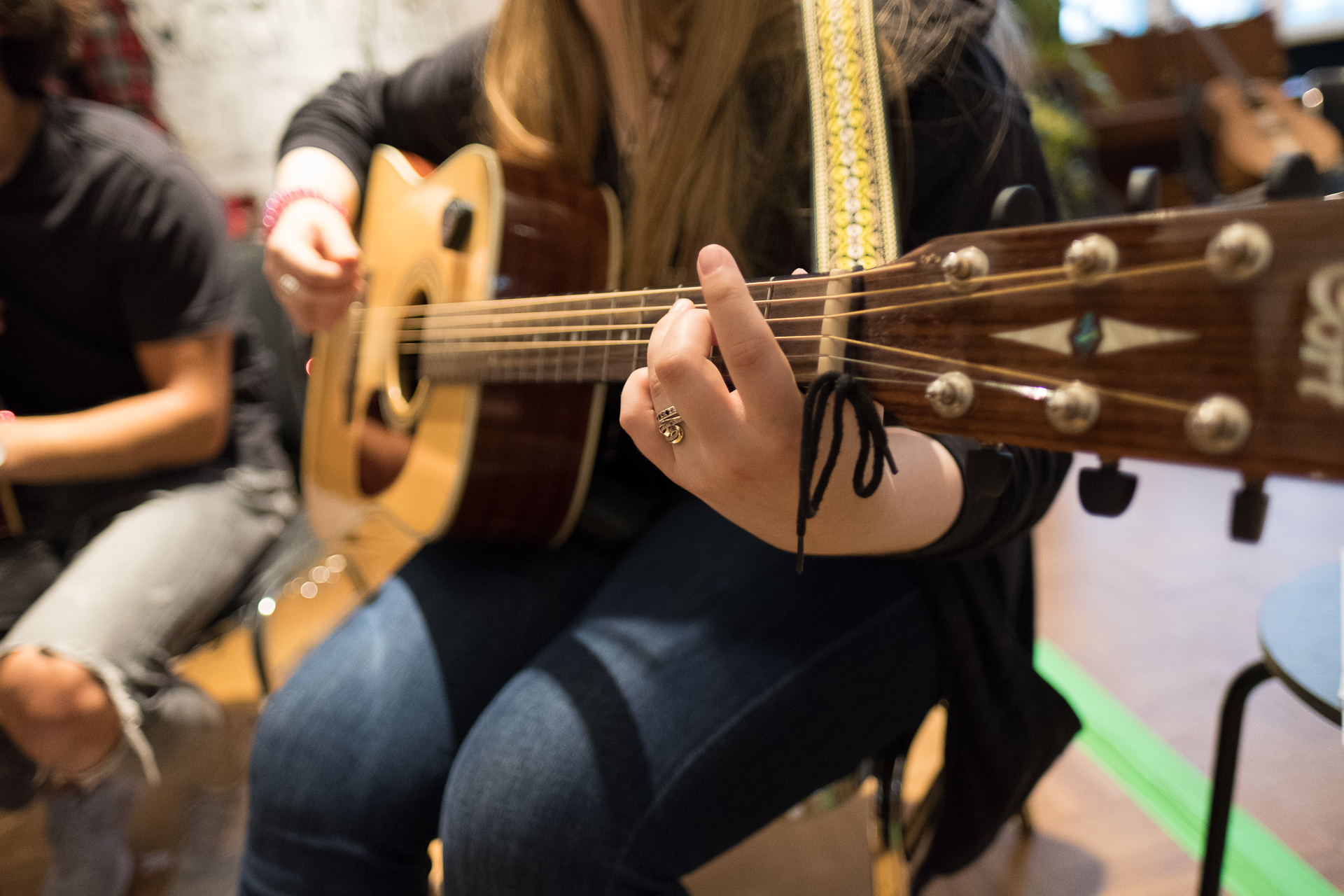 A student strumming her guitar. 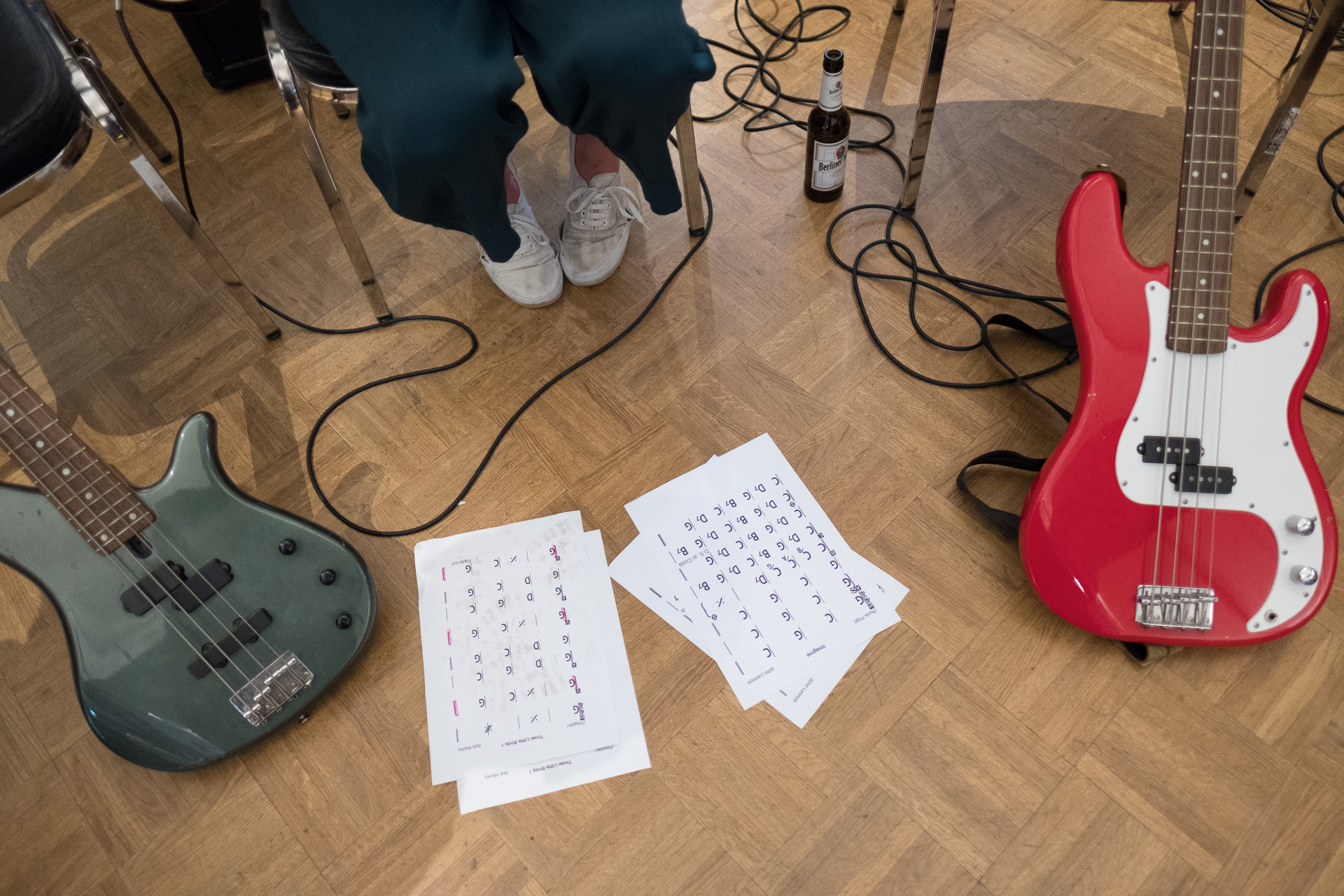 Chords on the floor. 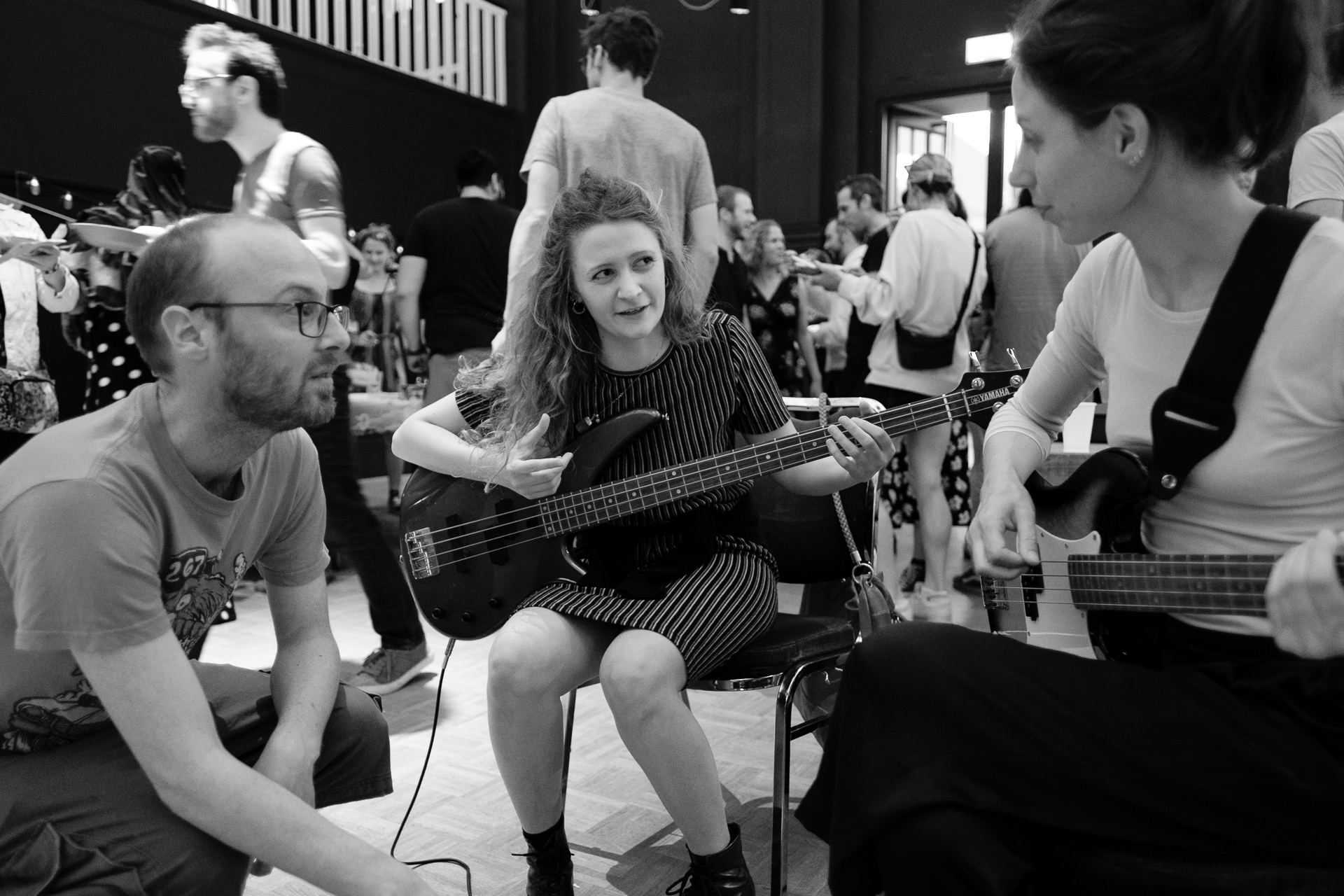 Some OMS students who were part of the performance. 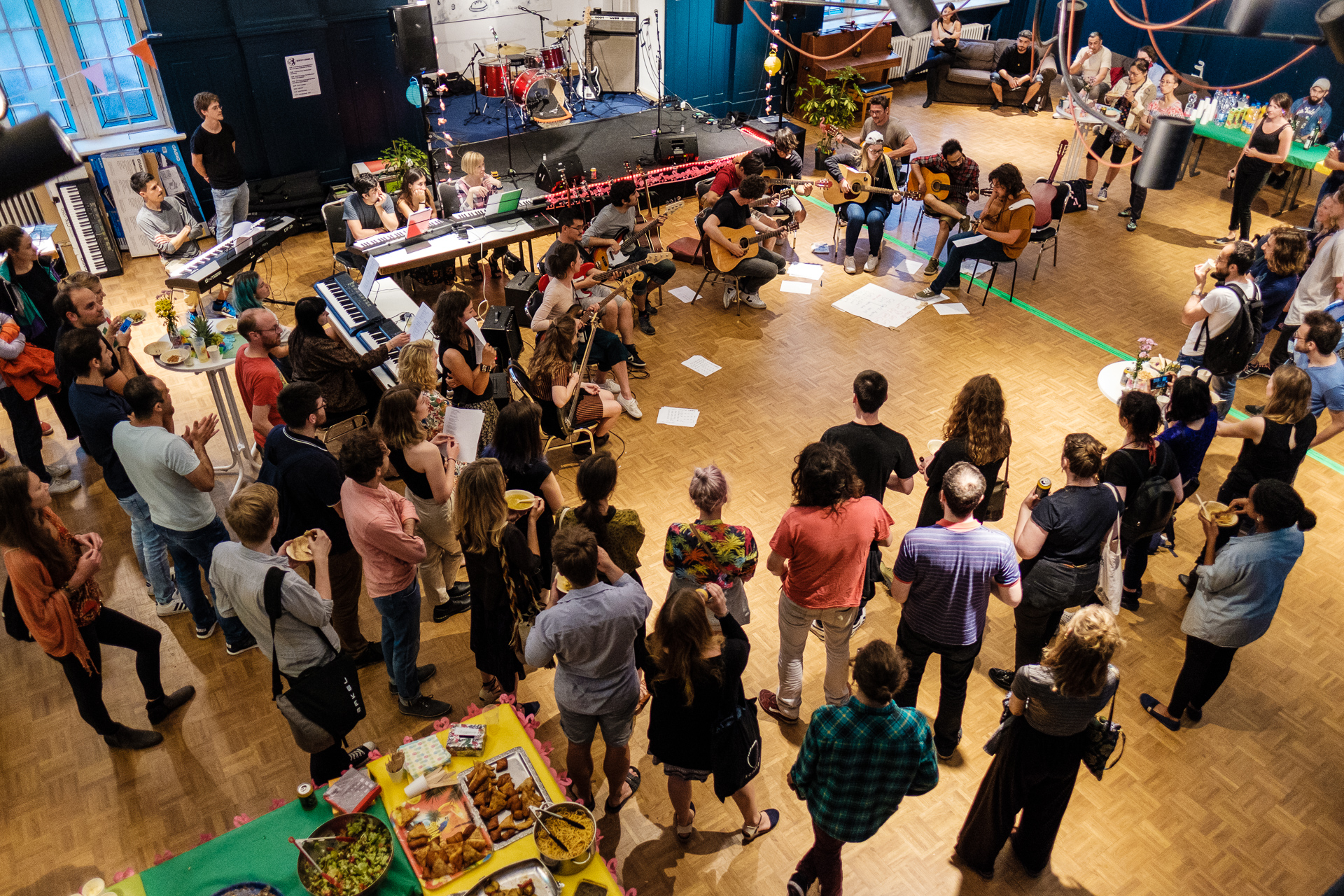 The audience cheers and sings along.

OMS students and teachers with the crowd. Image: Abeera Atif.

Next up was local punk-rock band Yaramiso – two of the members, incidentally, happen to be GSBTB team members Tom Young and Lucy Thomas! 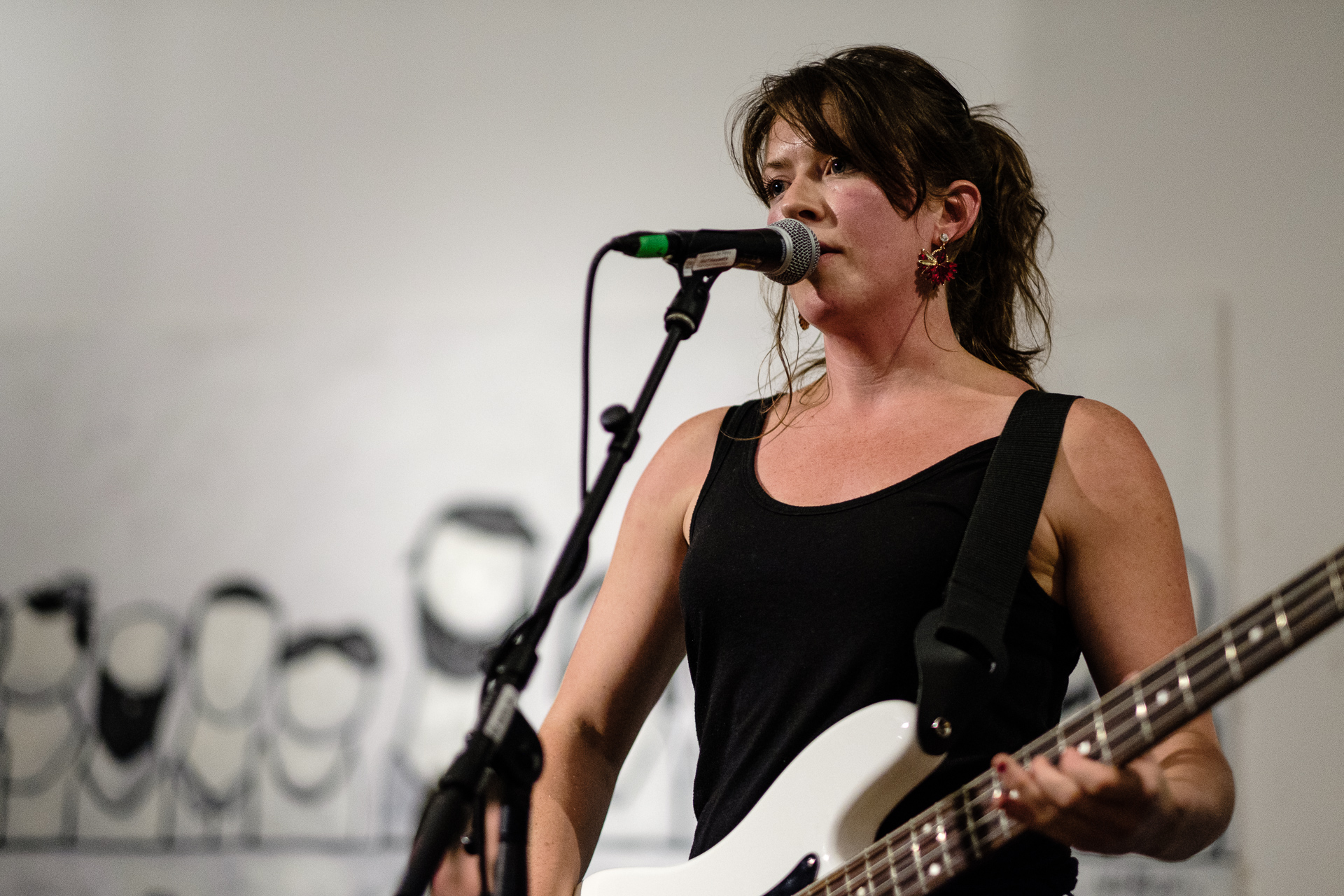 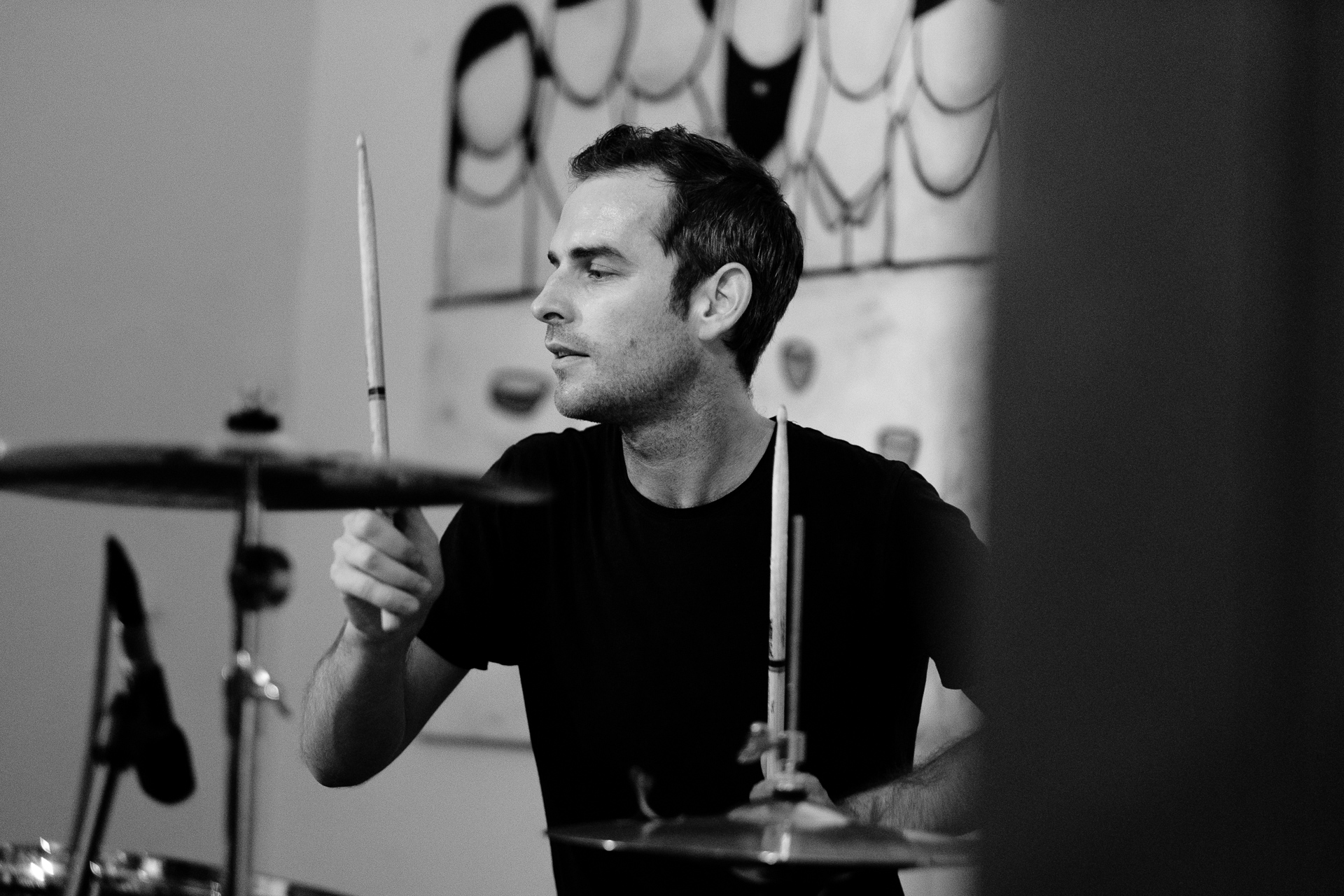 Following up was AVIA, a Berlin-based singer/songwriter with a powerful voice, singing over Berlin-style electro and melodic beats. 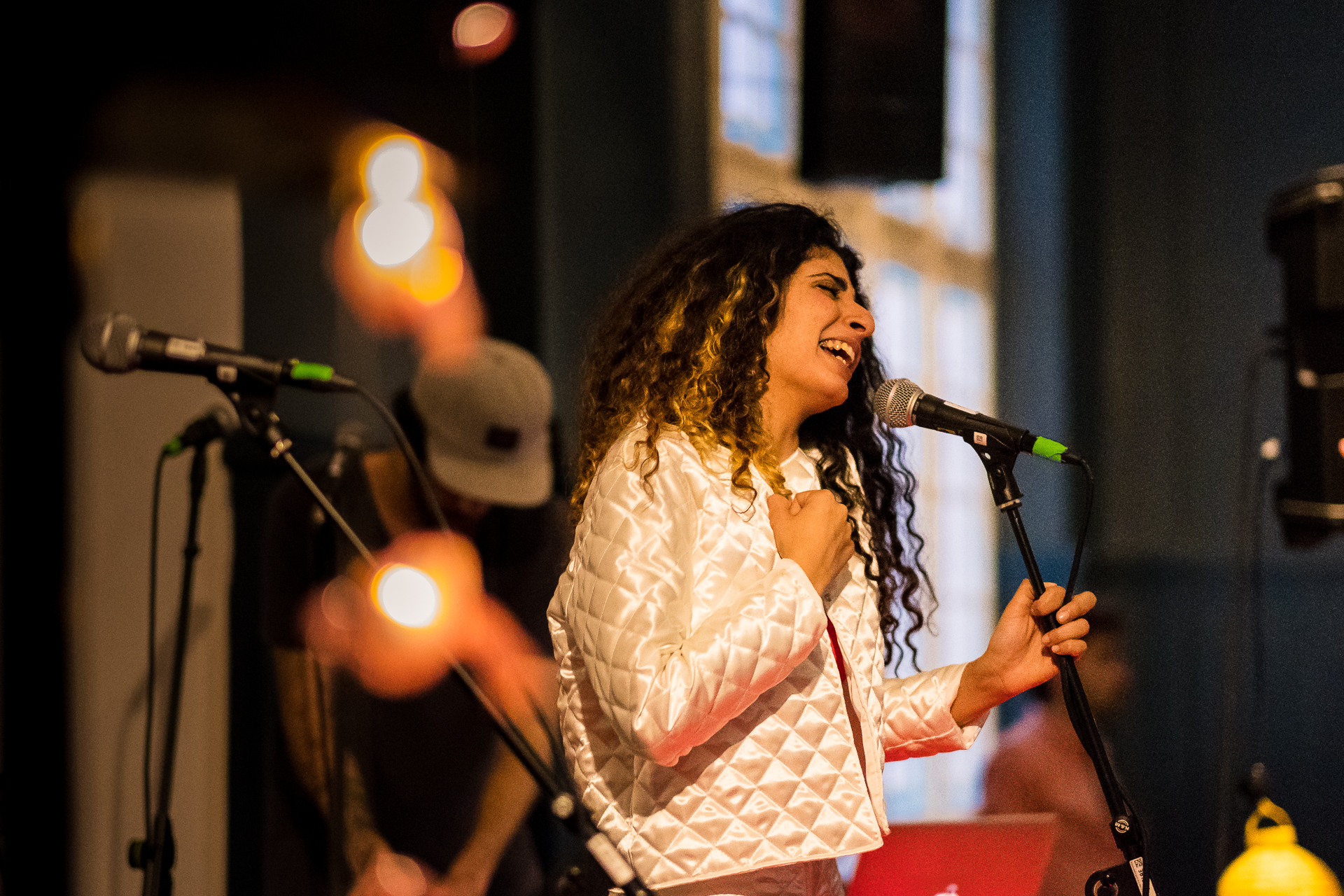 Taking the stage next was art-pop-rock band Party Fears, tearing the place UP!

Finally, Adi Amati closed off the night, providing soulful vocals and Meli & H8 rapping over beats that made the whole crowd move!

As with all of our events, food was cooked by our community members — our lovely volunteer Bissan and her friends made some delicious Syrian food for the attendees, while the Somalian residents of Refugio cooked up some amazing Somalian food! 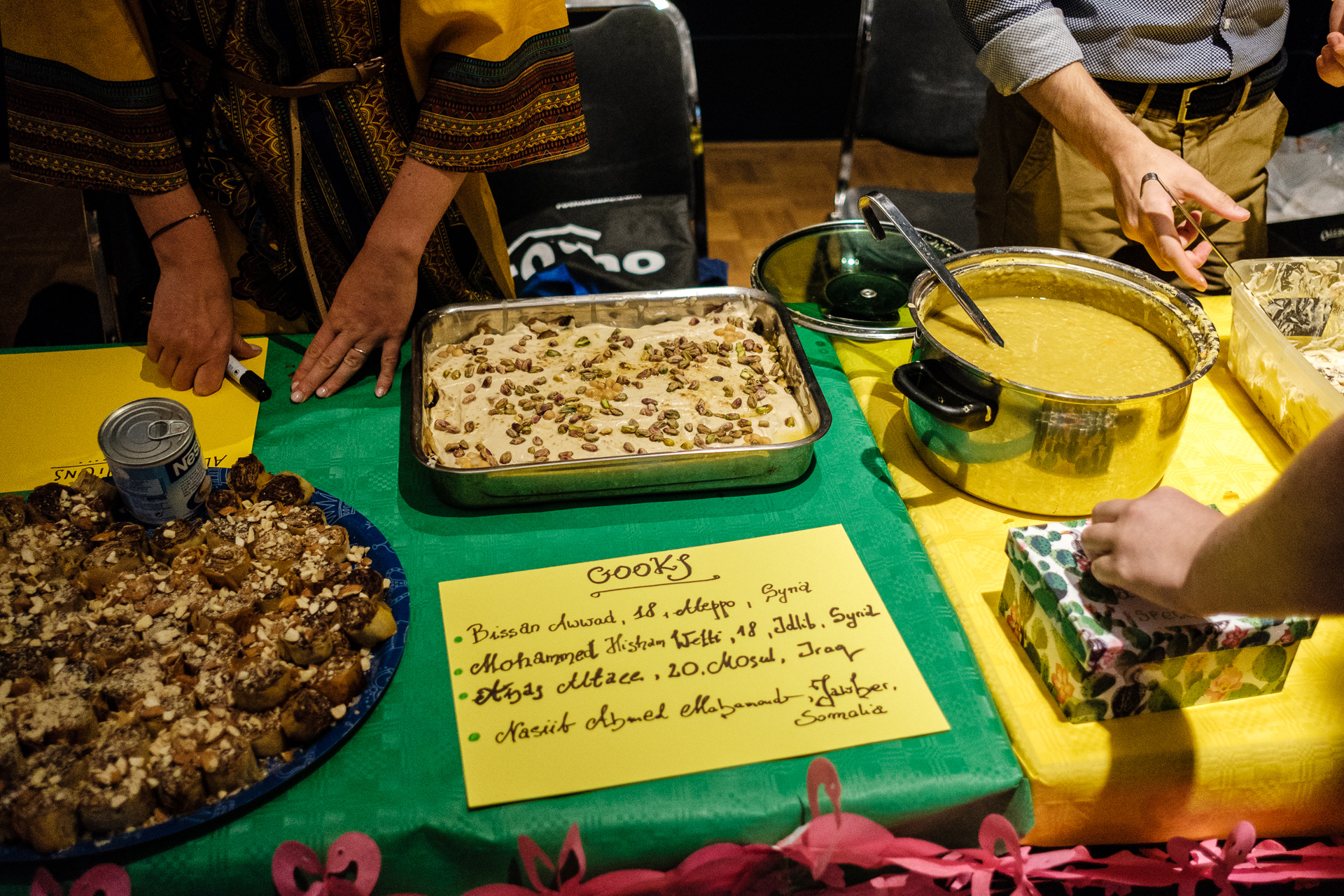 The volunteer cooks and their delicious dishes. Image: Abeera Atif.

The second round of the feast.

Check out some other impressions from the night! 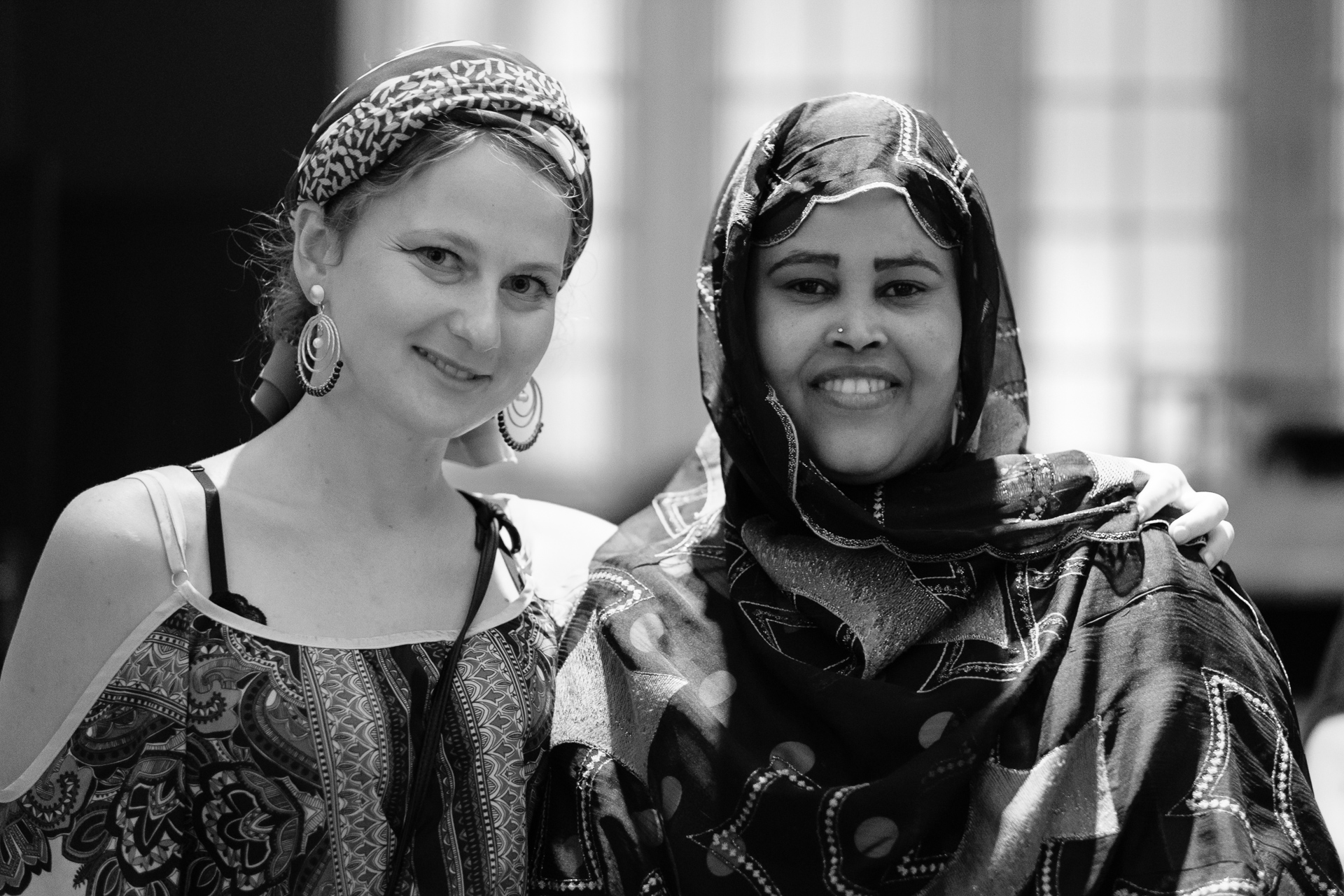 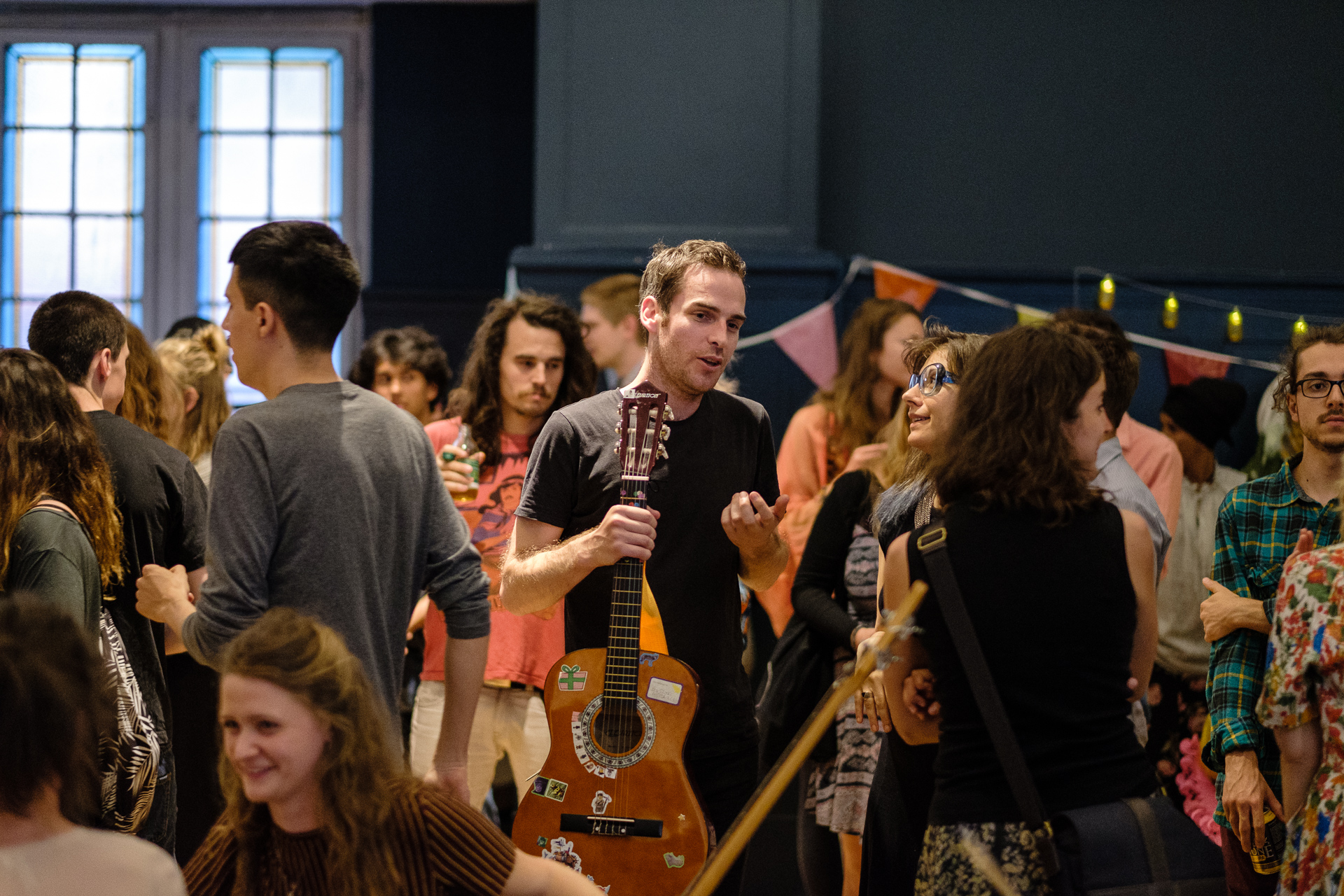 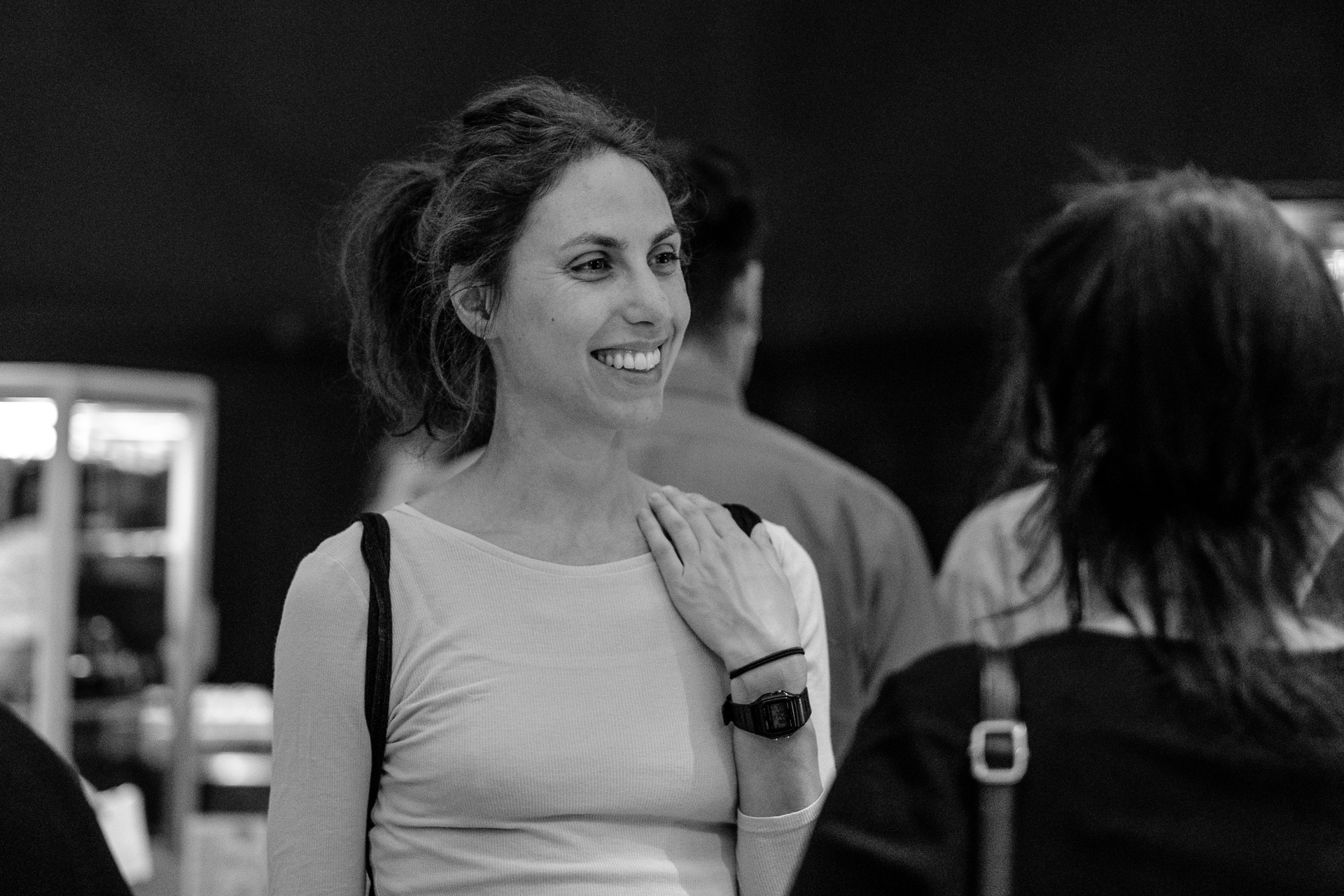 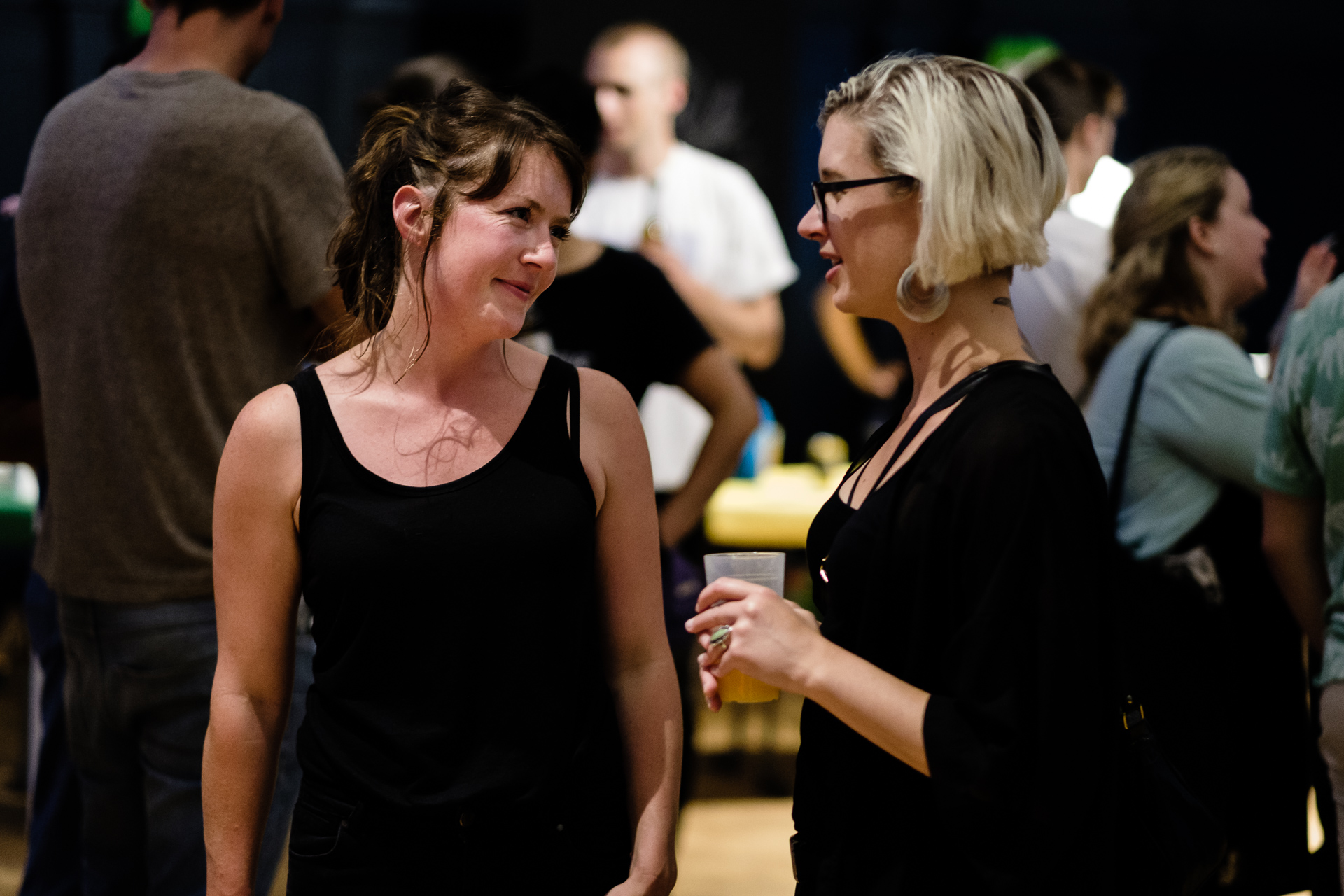 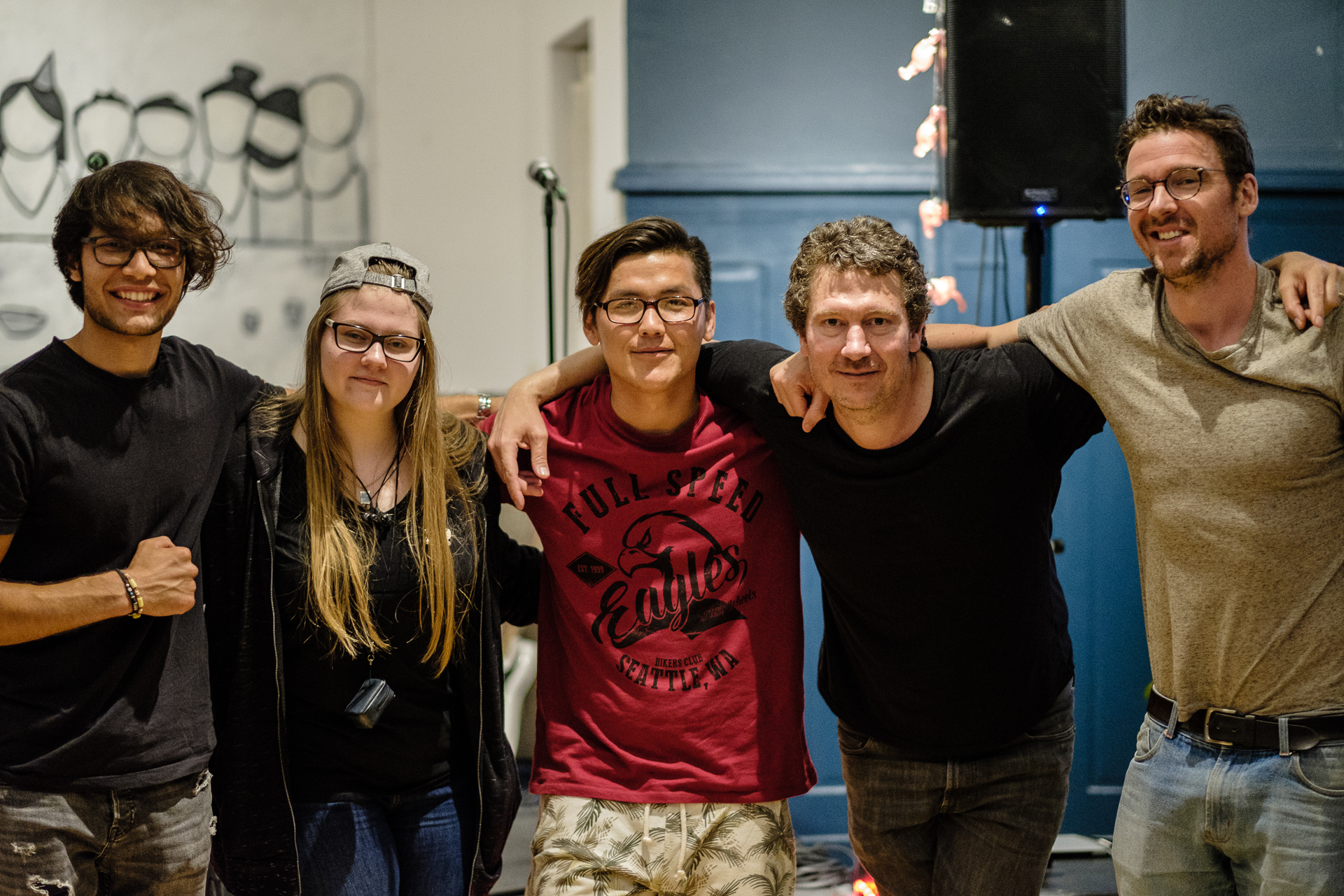 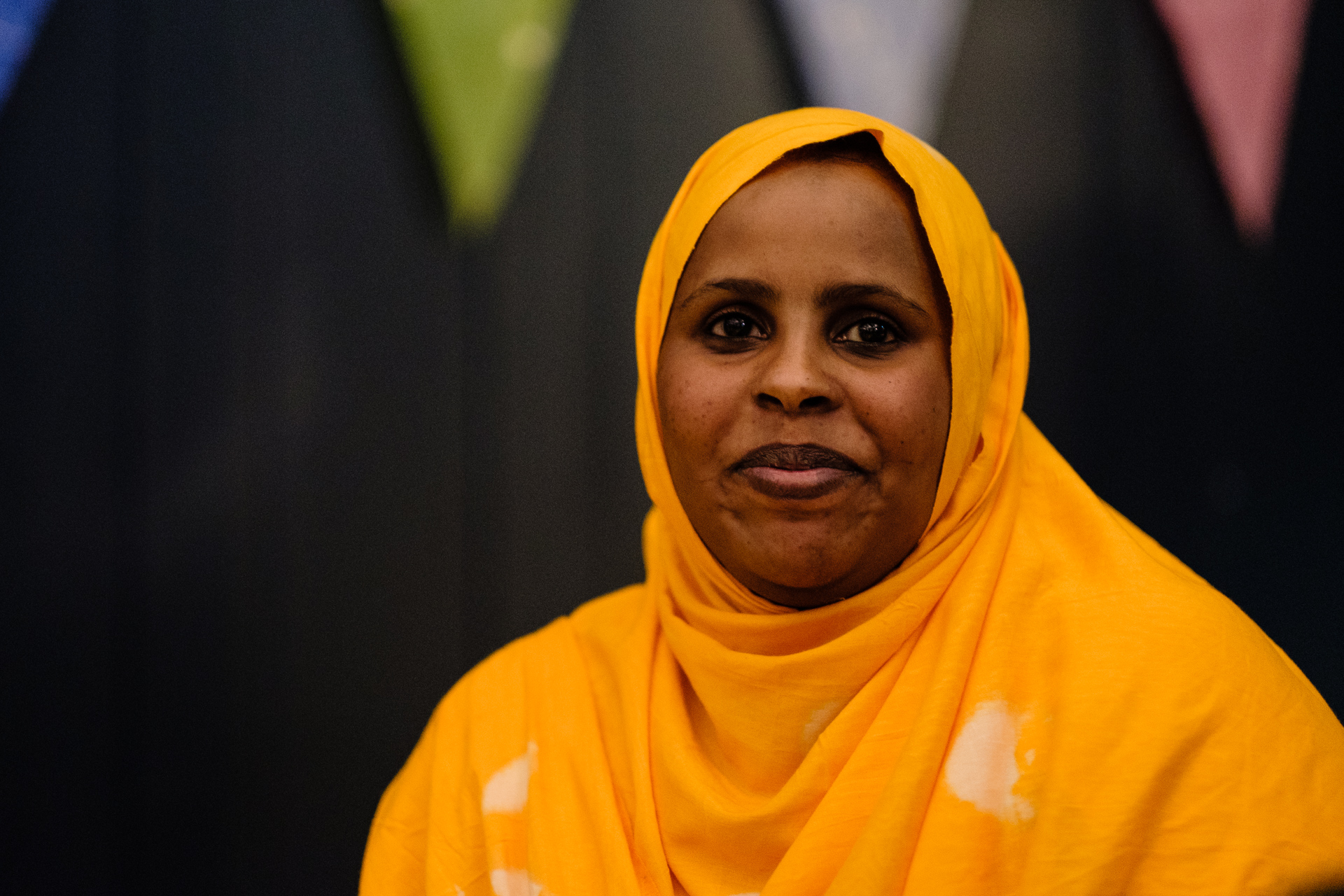 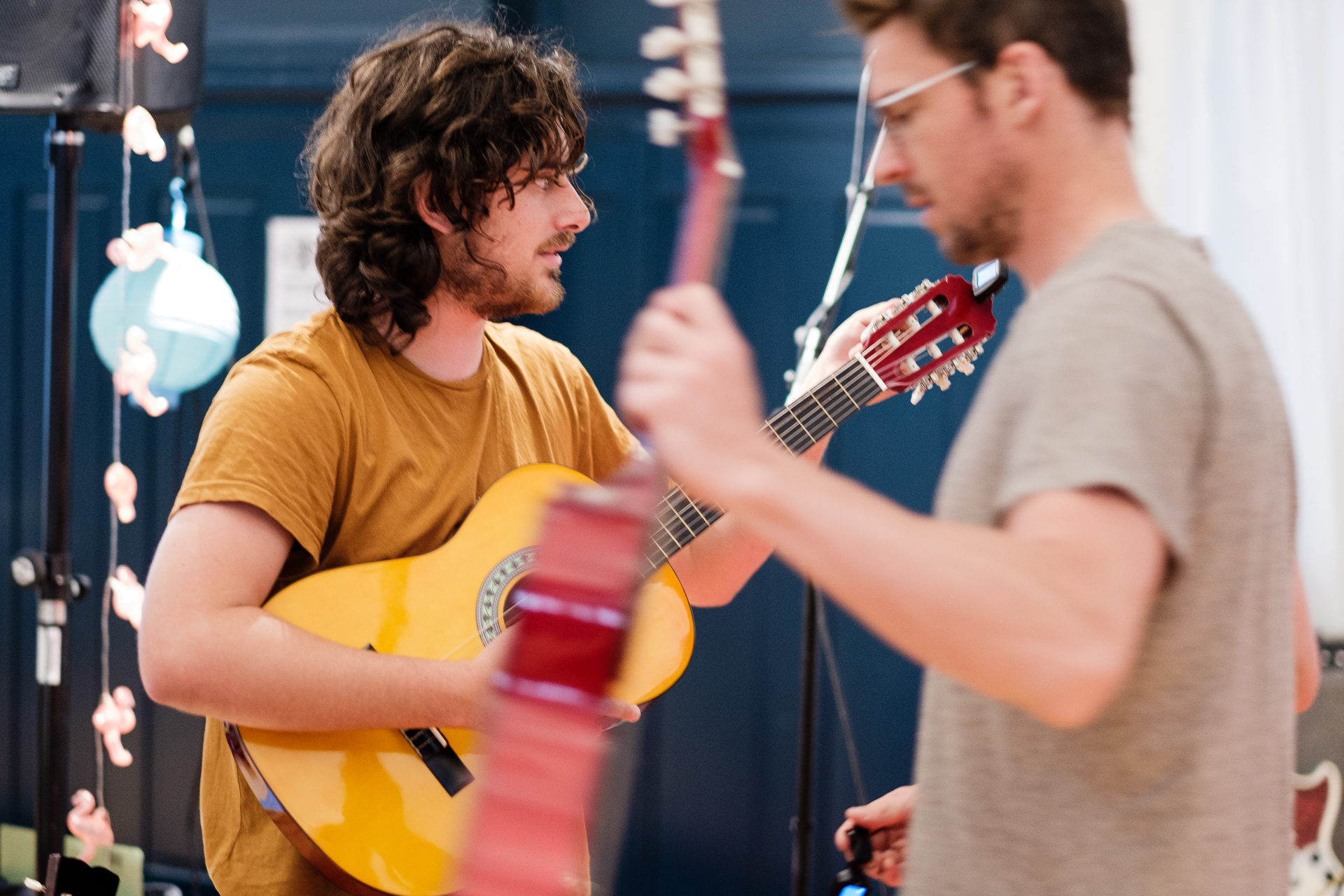 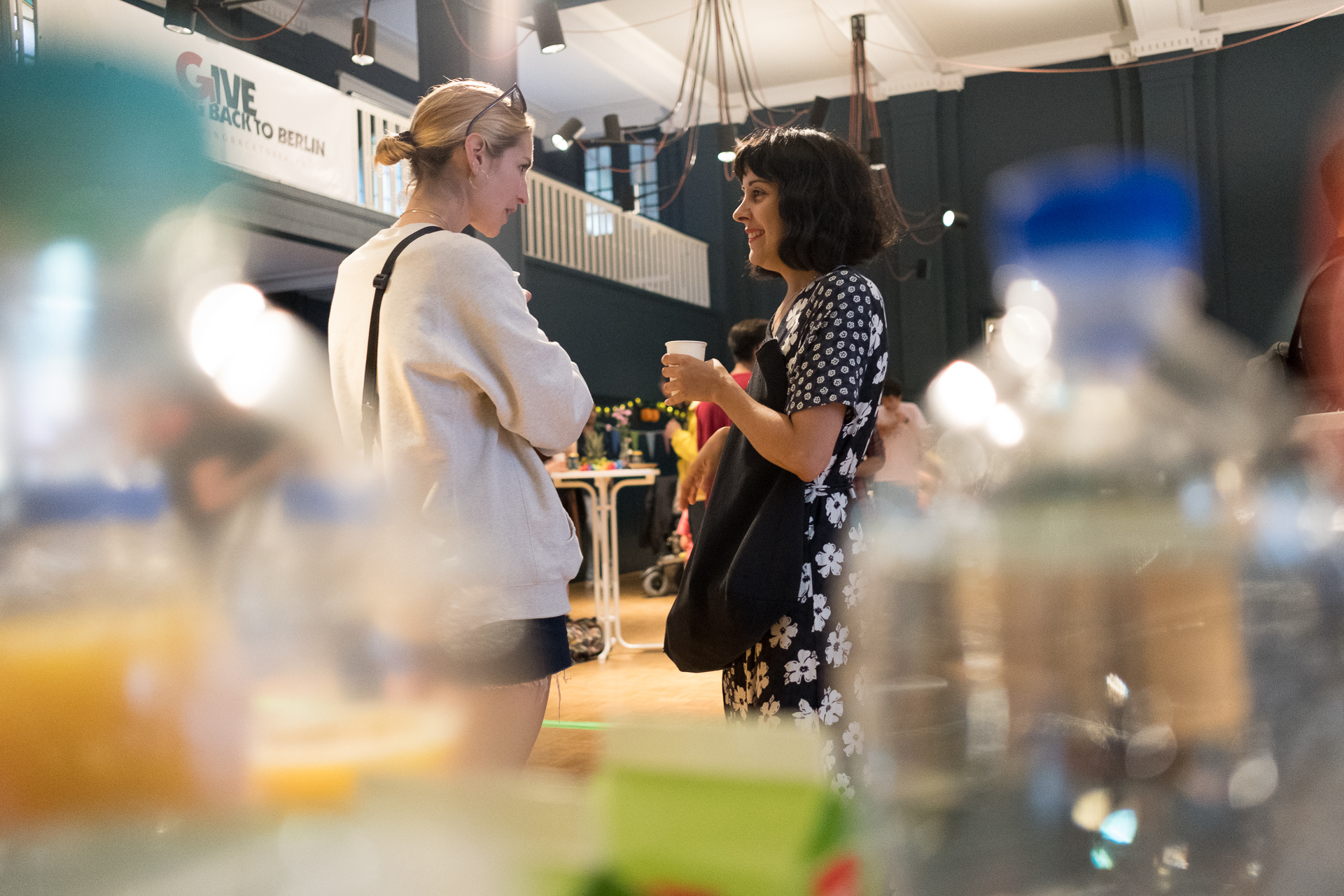 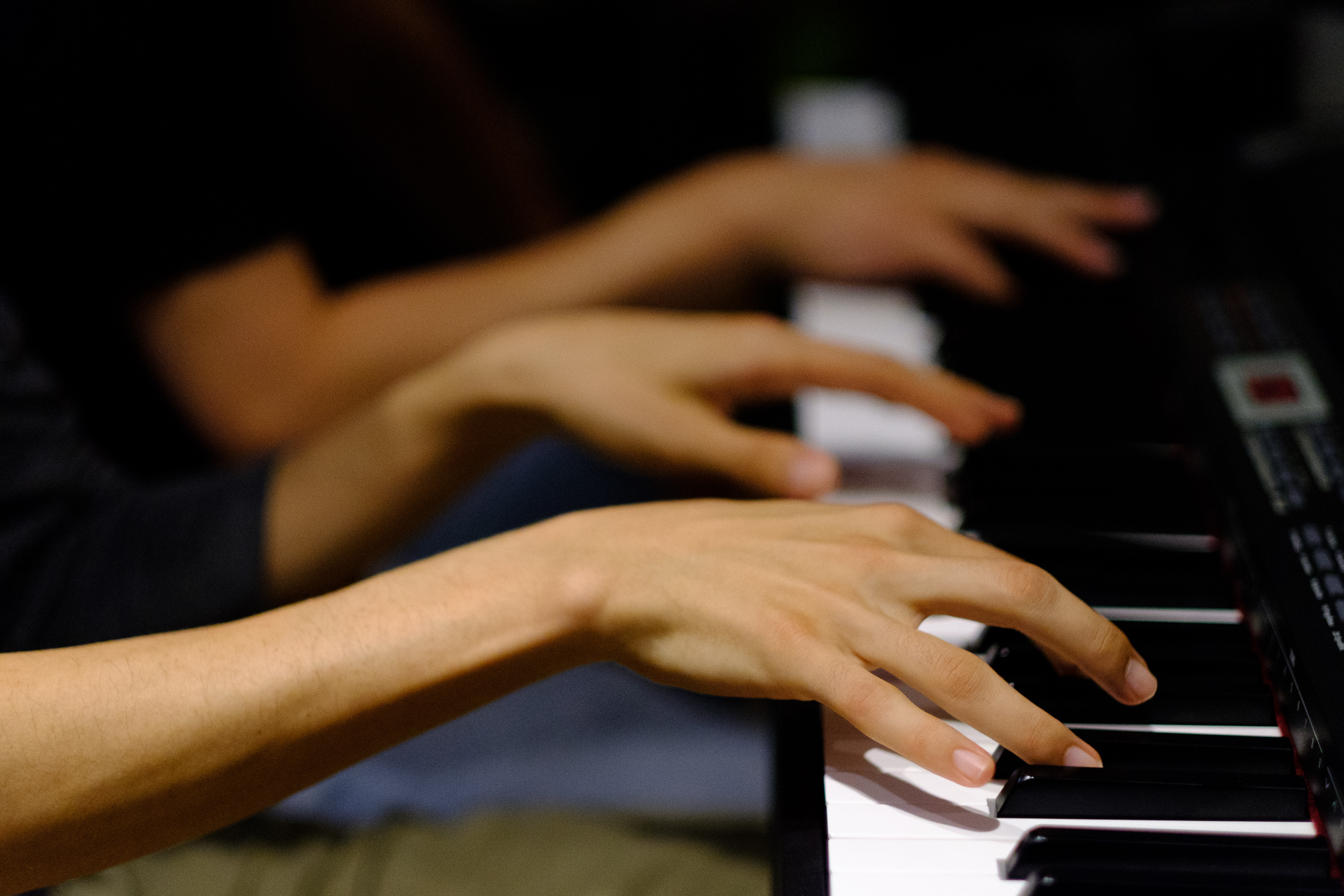 This event is part of GSBTB’s Open City project, which is supported by: