GSBTB Open Music School combined the second edition of its New City Sounds event series with the annual festivities of Fête de la Musique, held each year on June 21. Hosting a bunch of talented artists on our stage, the event drew a big crowd of everyone from local Neuköllners to GSBTB regulars, parents and their children. 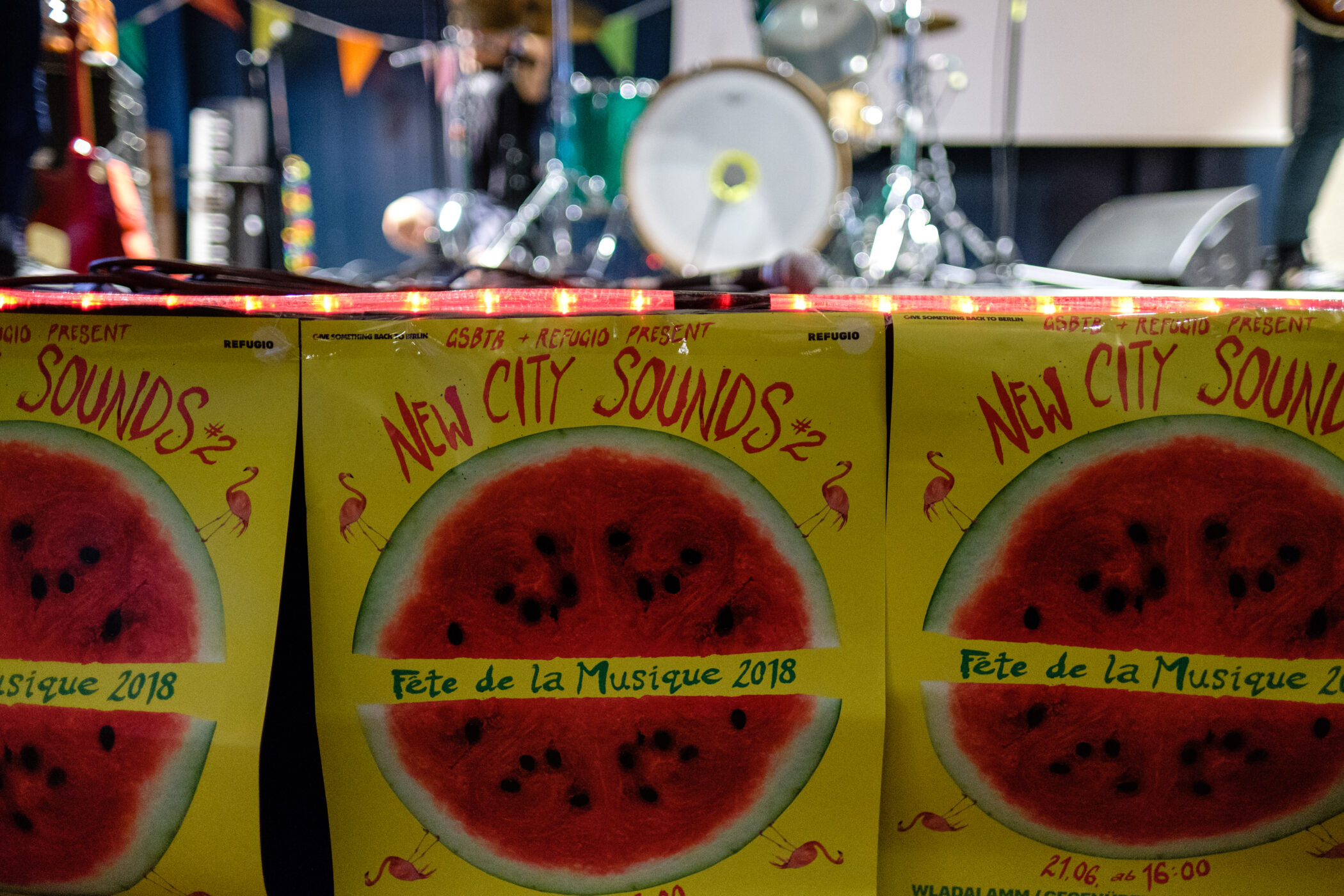 Like last year, the line-up intended to diversify the age groups performing by adding in a couple of kids’ bands. This year, we again invited musicians from Hip Hop Kids Musikschule Henningsdorf, featuring two of the cutest drummers we’ve ever seen!

We also invited our friends from Musikschule Simplay, who had already performed for us at last year’s Fête de la Musique – this year, they belted out a number of classics, including the ever-popular “Zombie” by The Cranberries that got everyone’s attention. 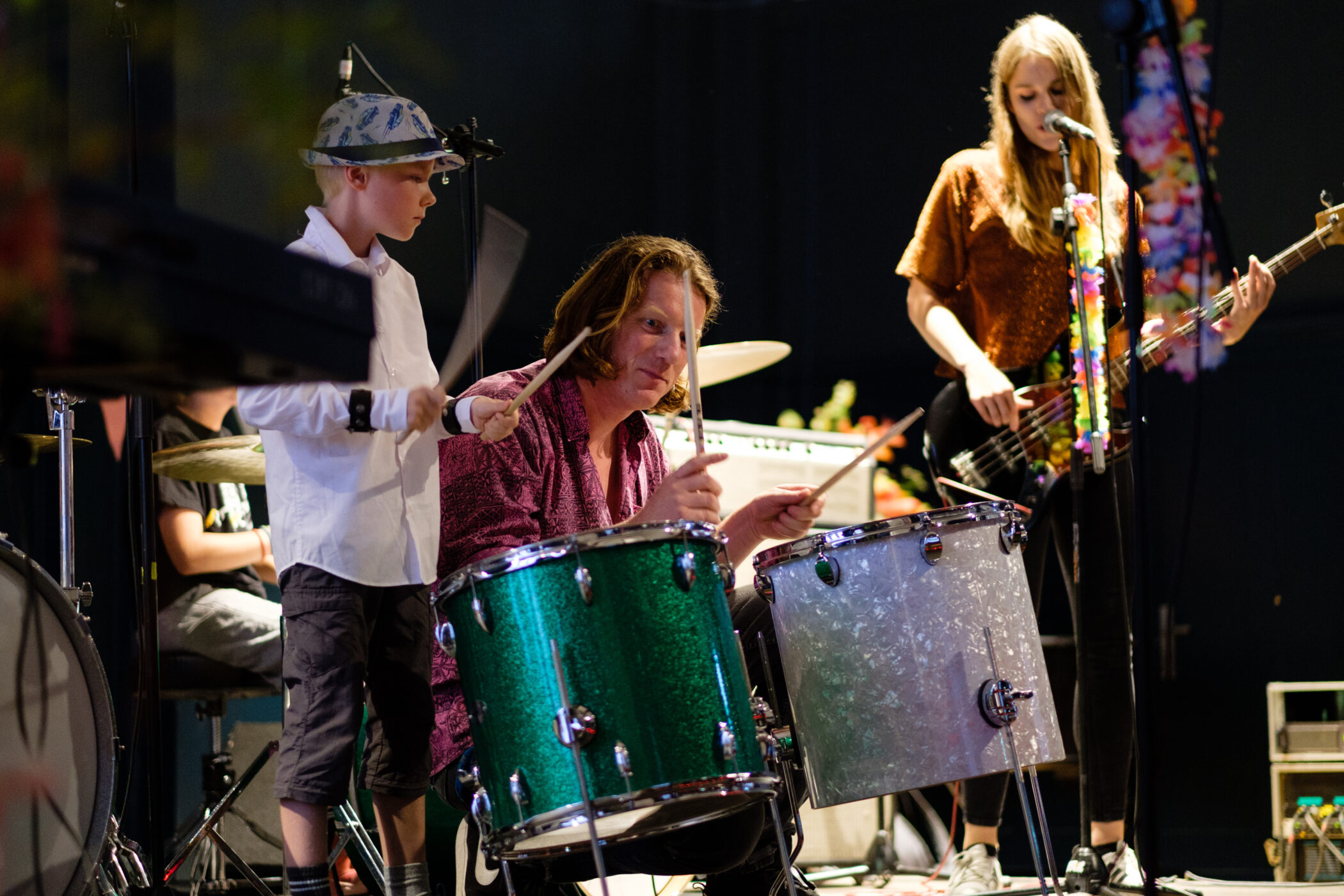 Students from Simplay Musikschule on stage.

Next up was GSBTB Open Music School’s very own Social Singing Group, which had its own little stage in the alcove and sang songs from different countries (and in different languages, including English, German and Turkish!). 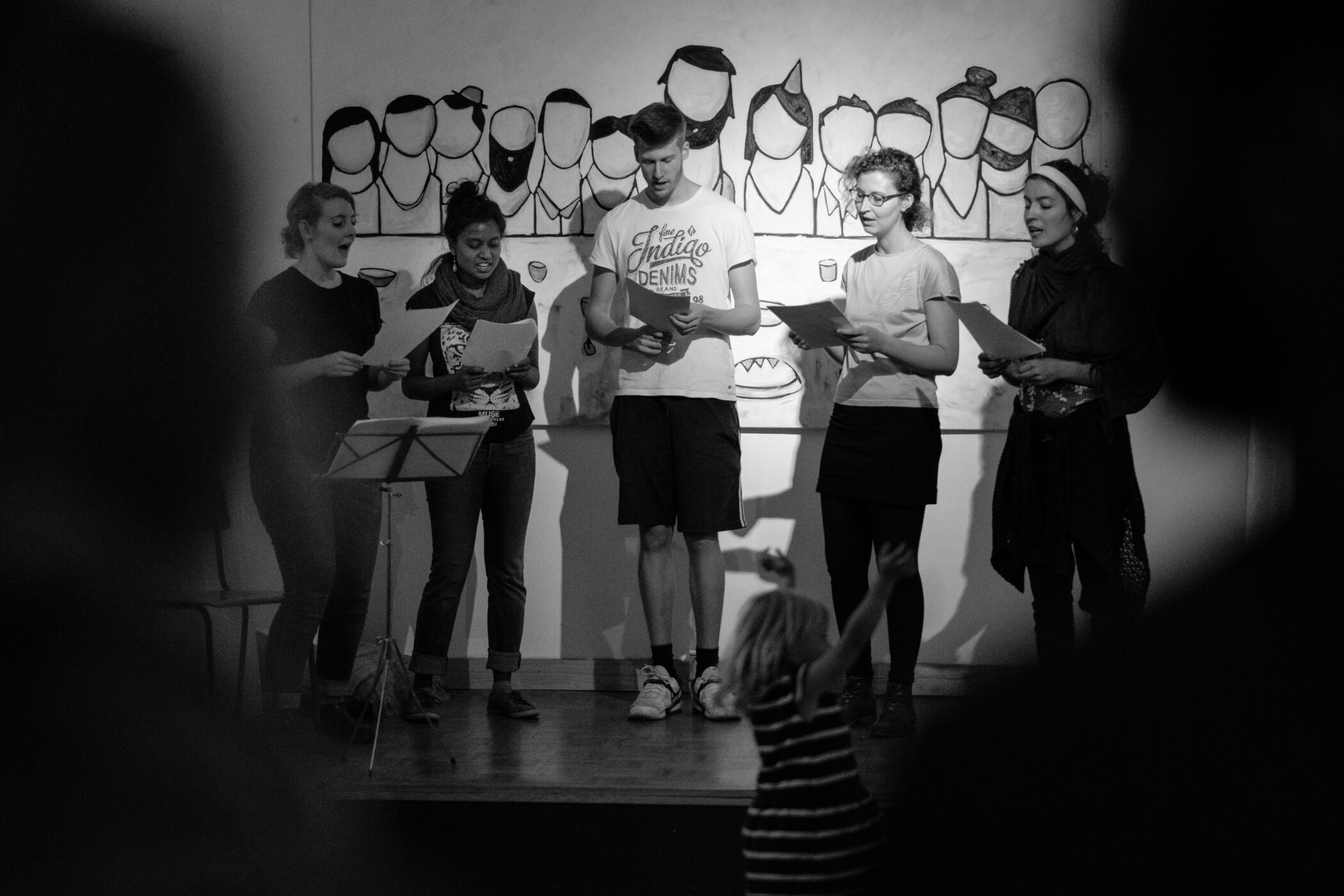 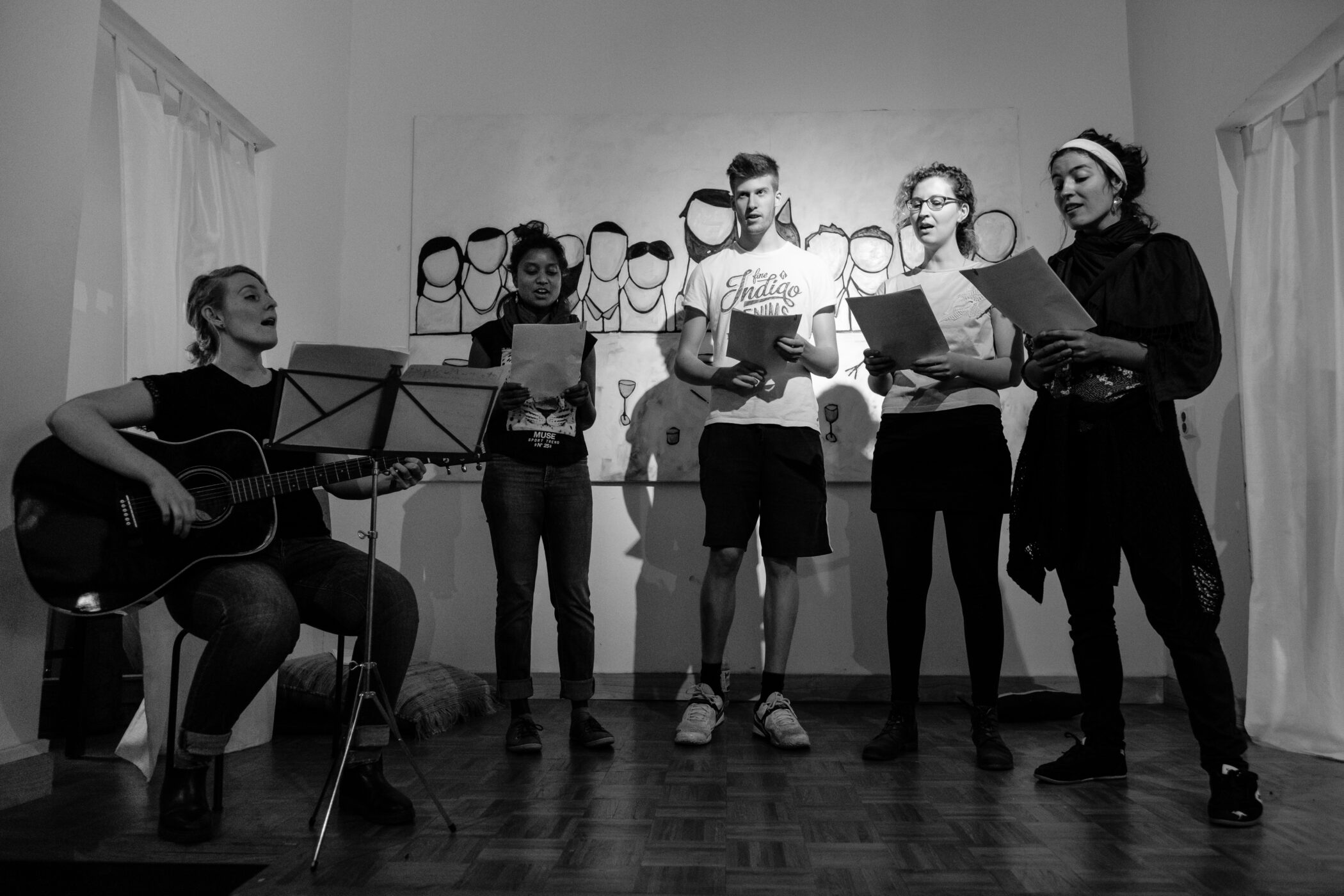 Next up, we had a live performance by the eccentric Sedlmeier, who introduced his unique brand of space pop with an assortment of visuals to boot. 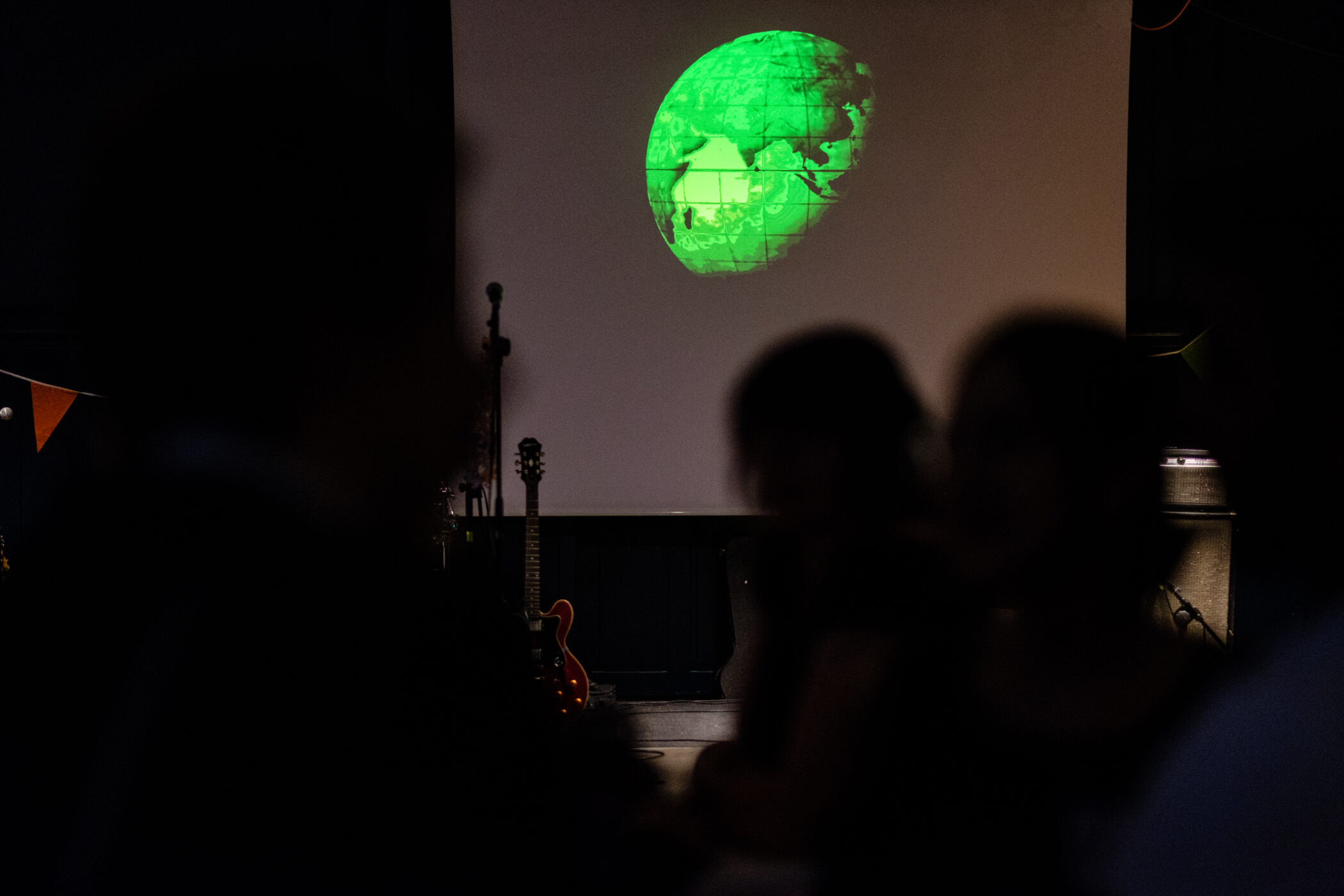 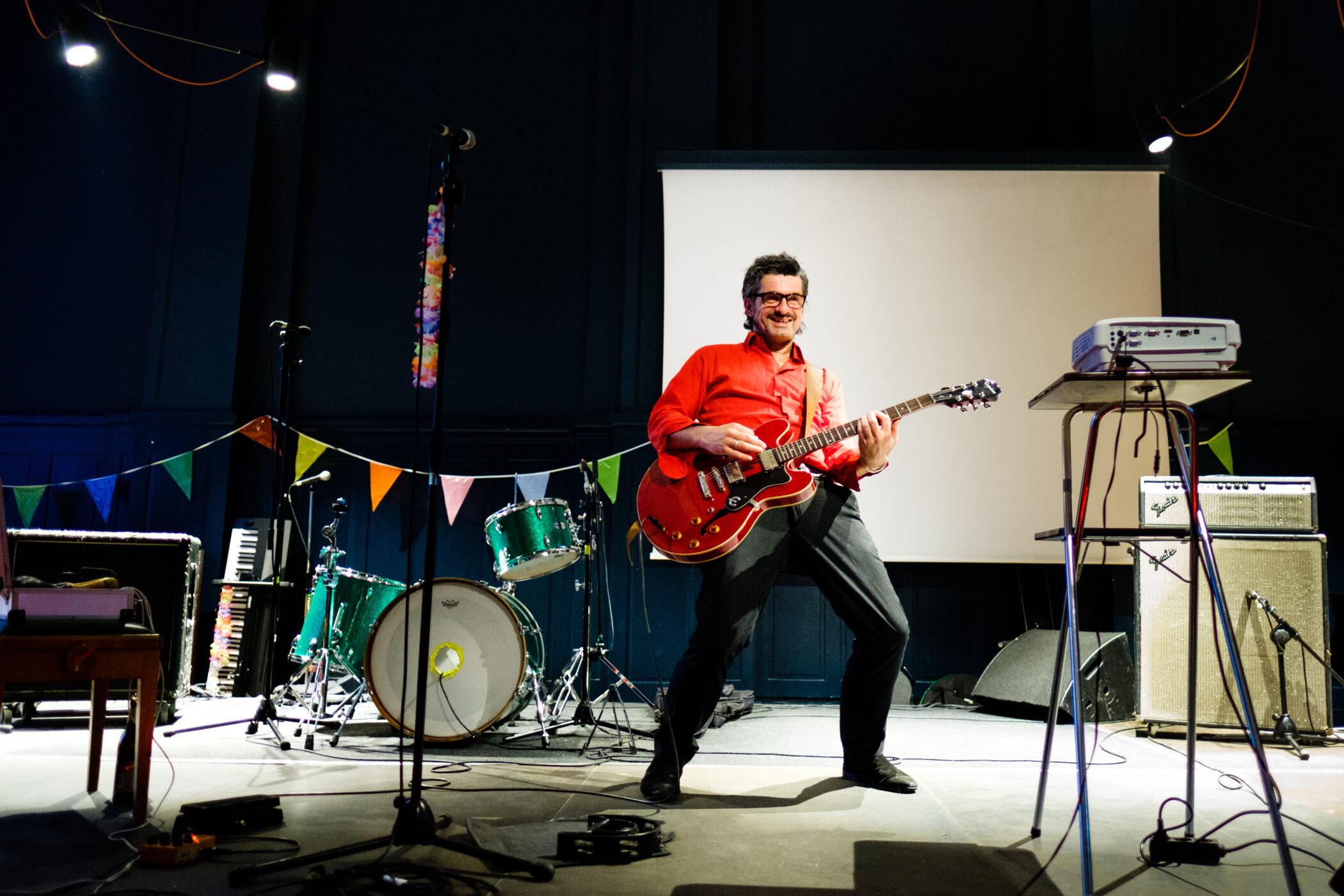 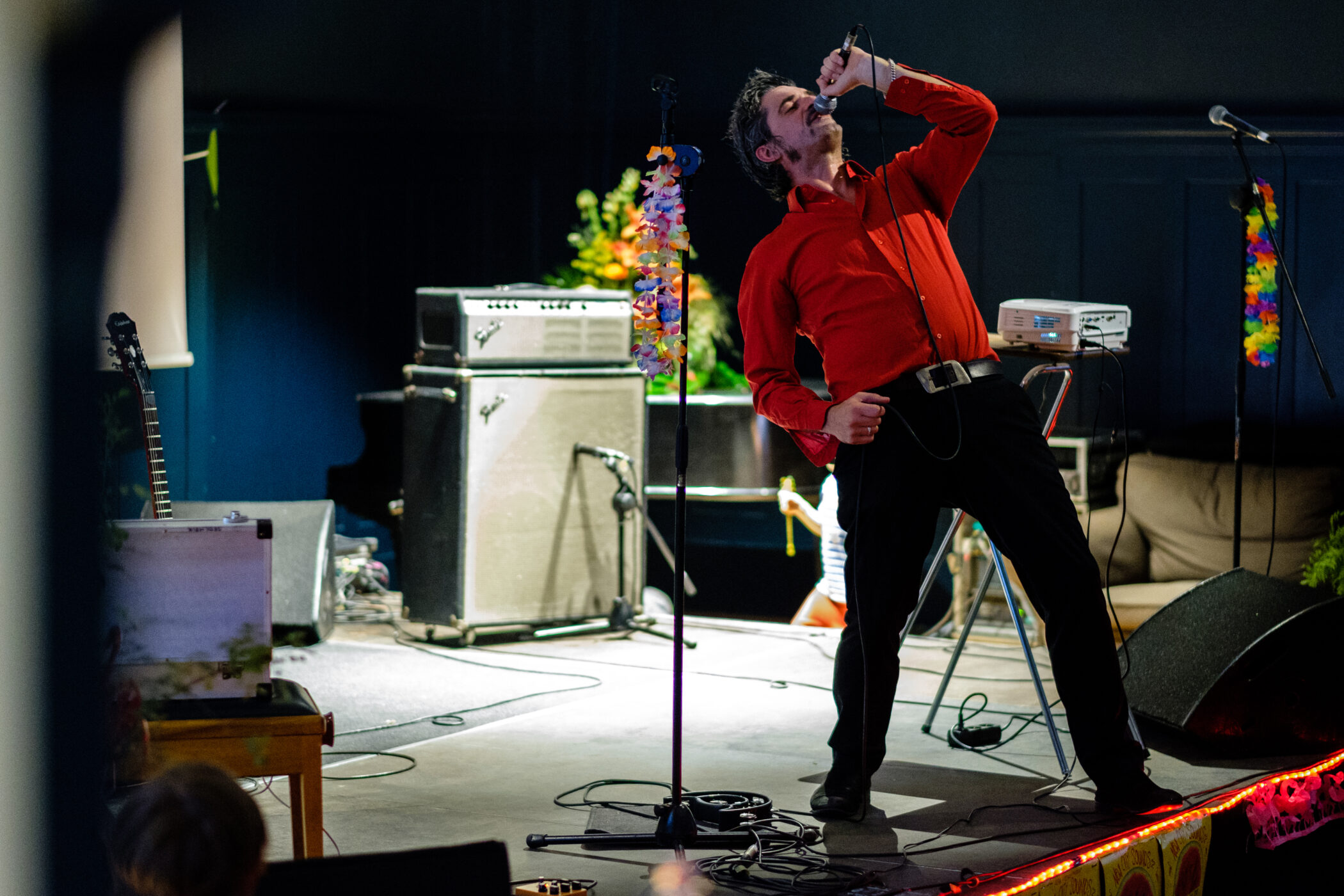 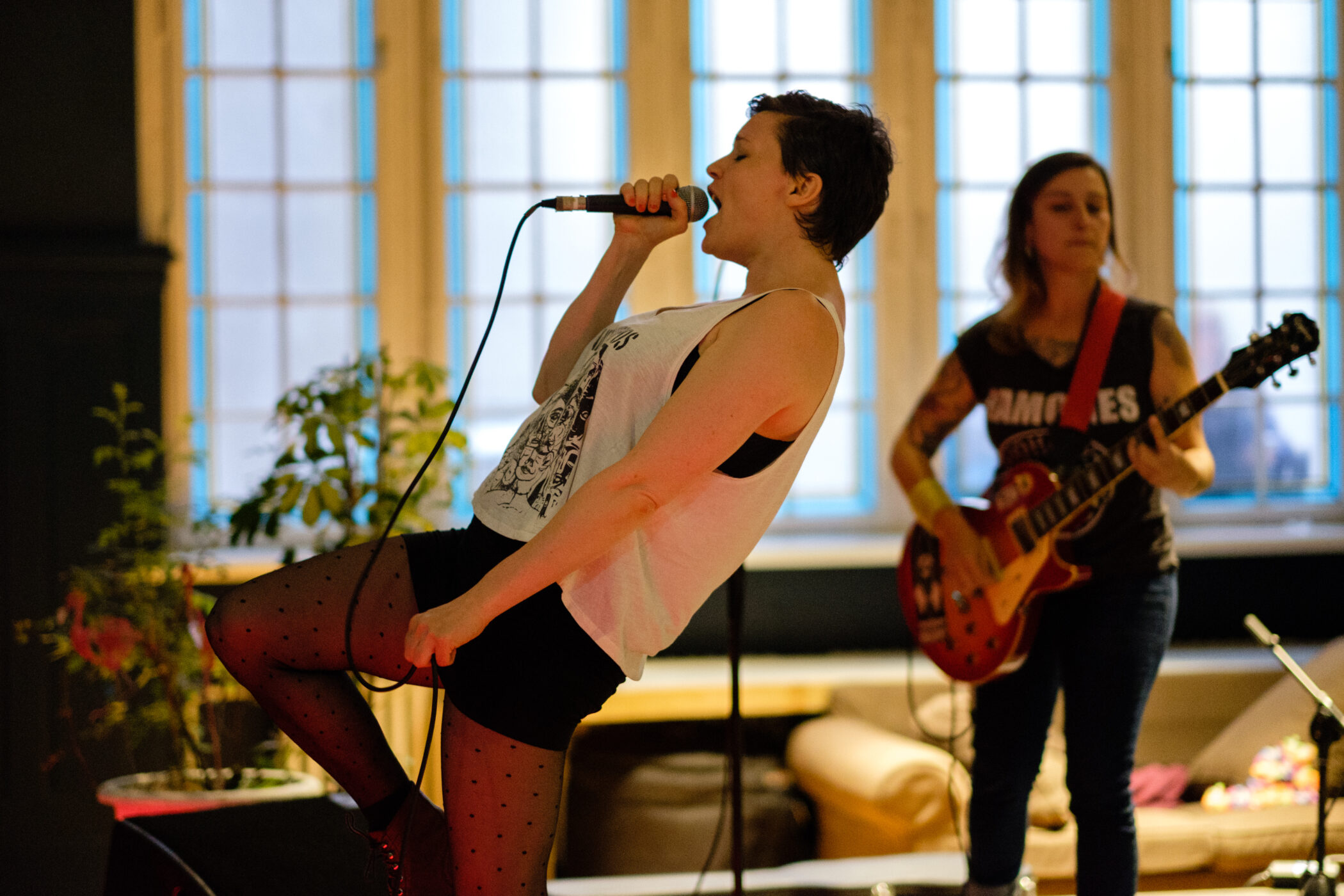 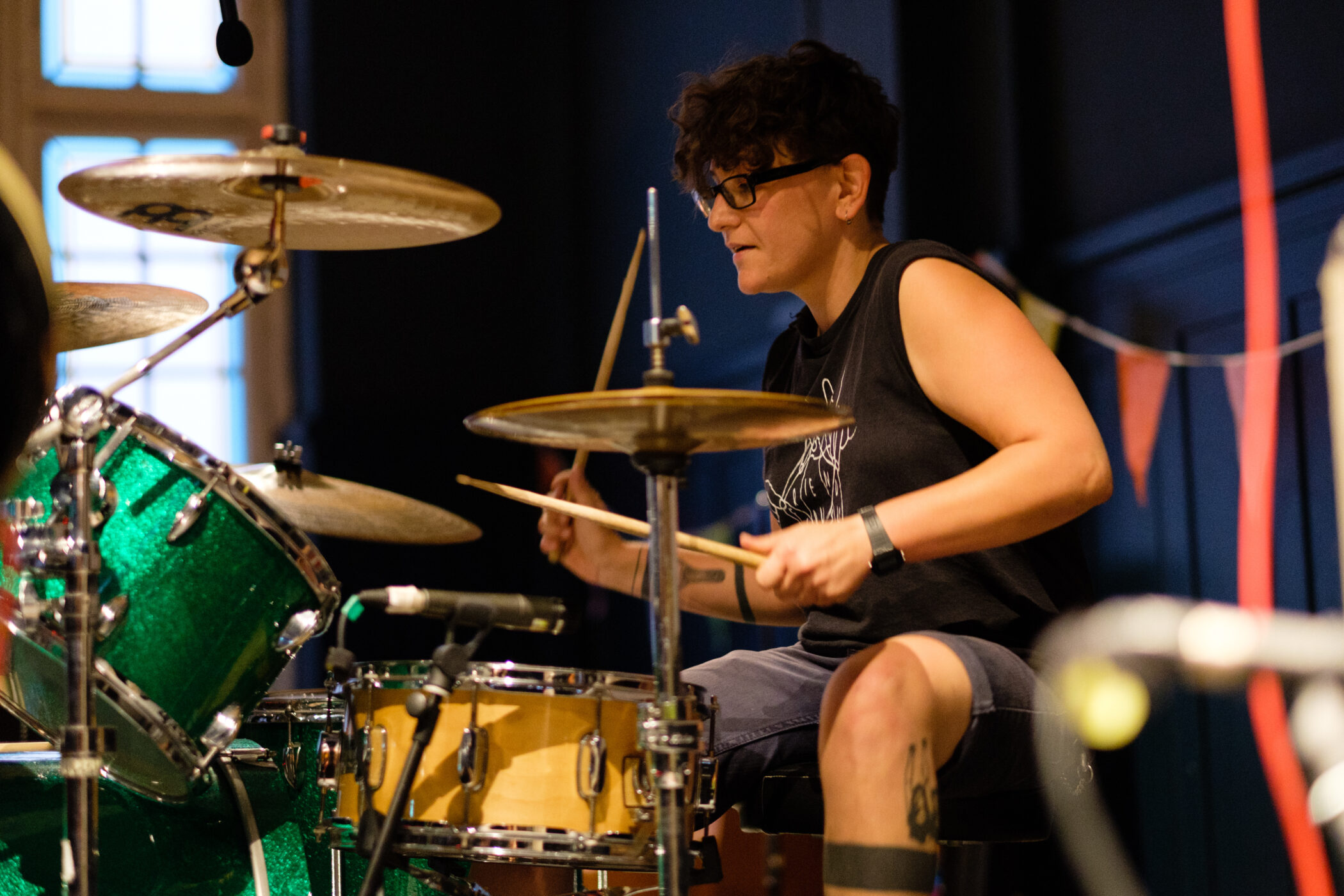 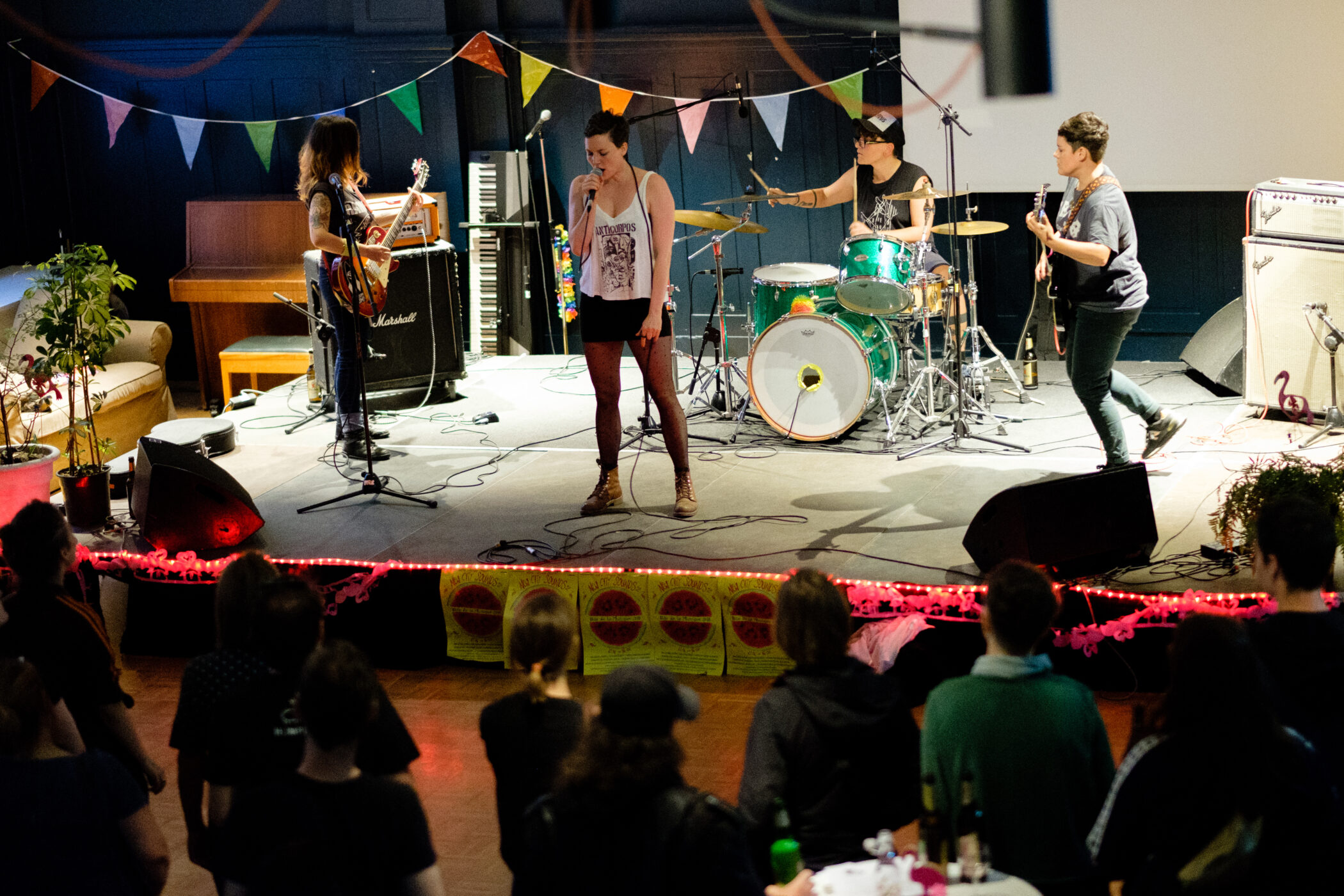 Sharply switching up the genres were an assortment of musicians presenting what they dubbed ‘oriental fusion jazz’, for which the audience sat down to relax, letting the soothing sounds of the various instruments wash over them. 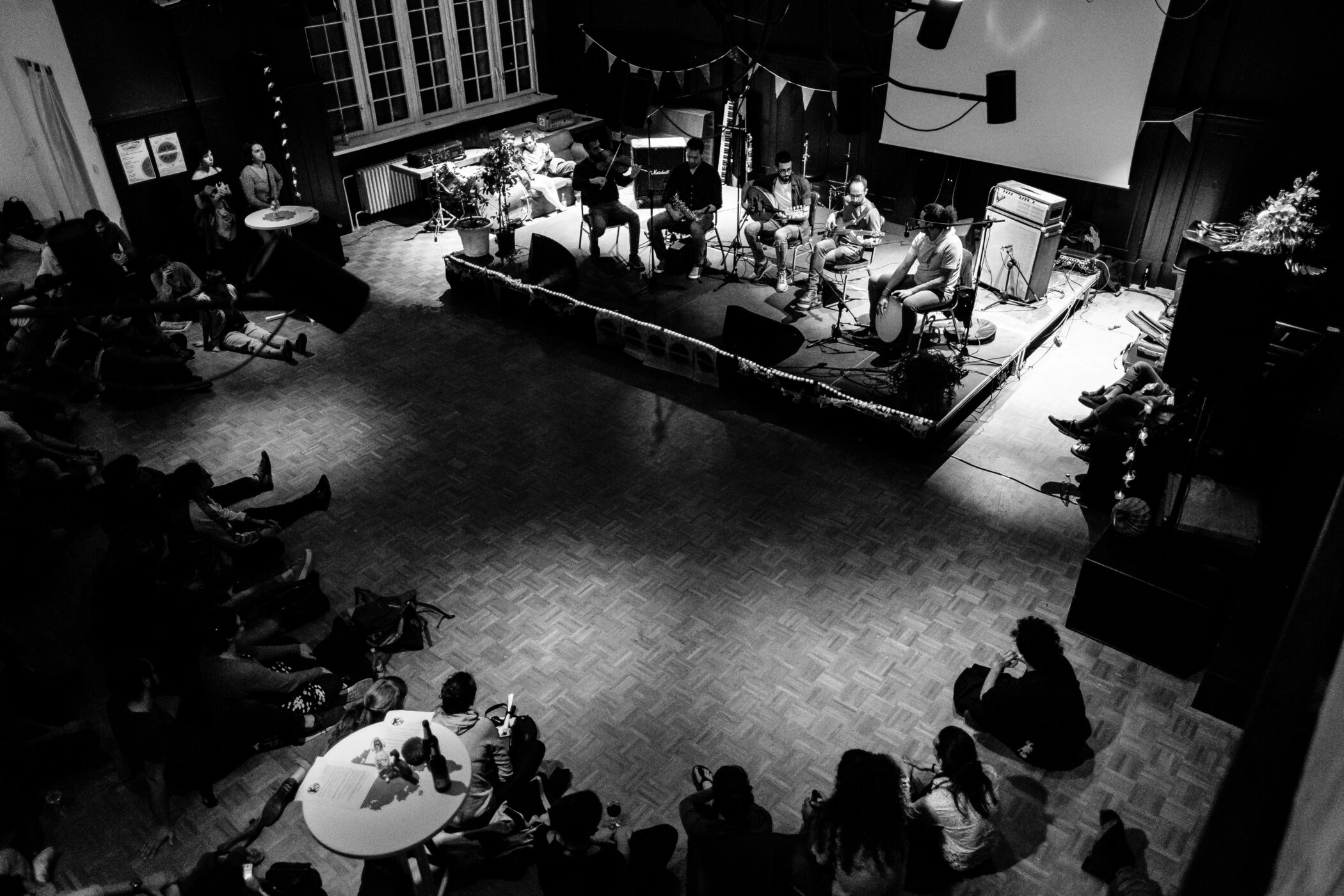 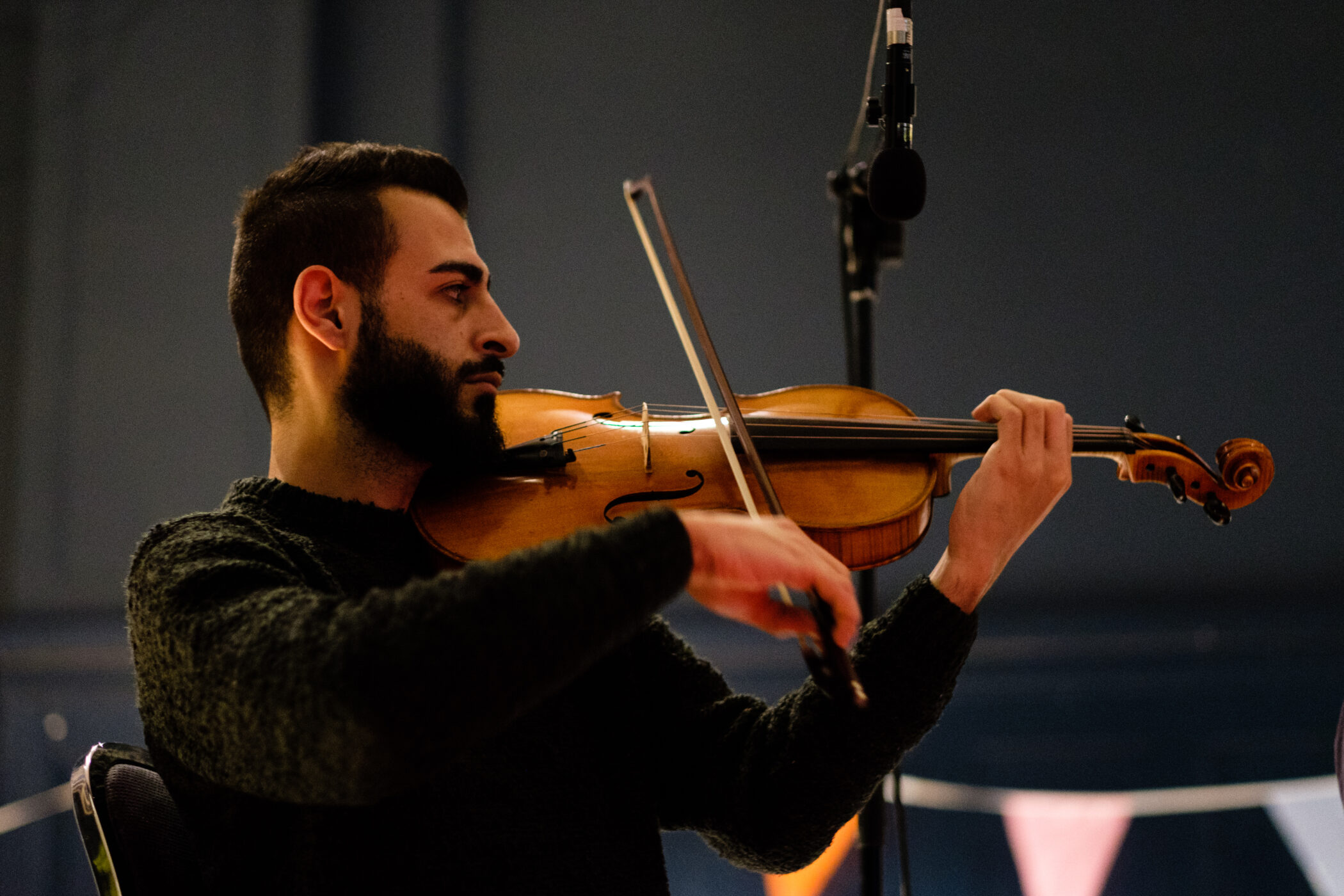 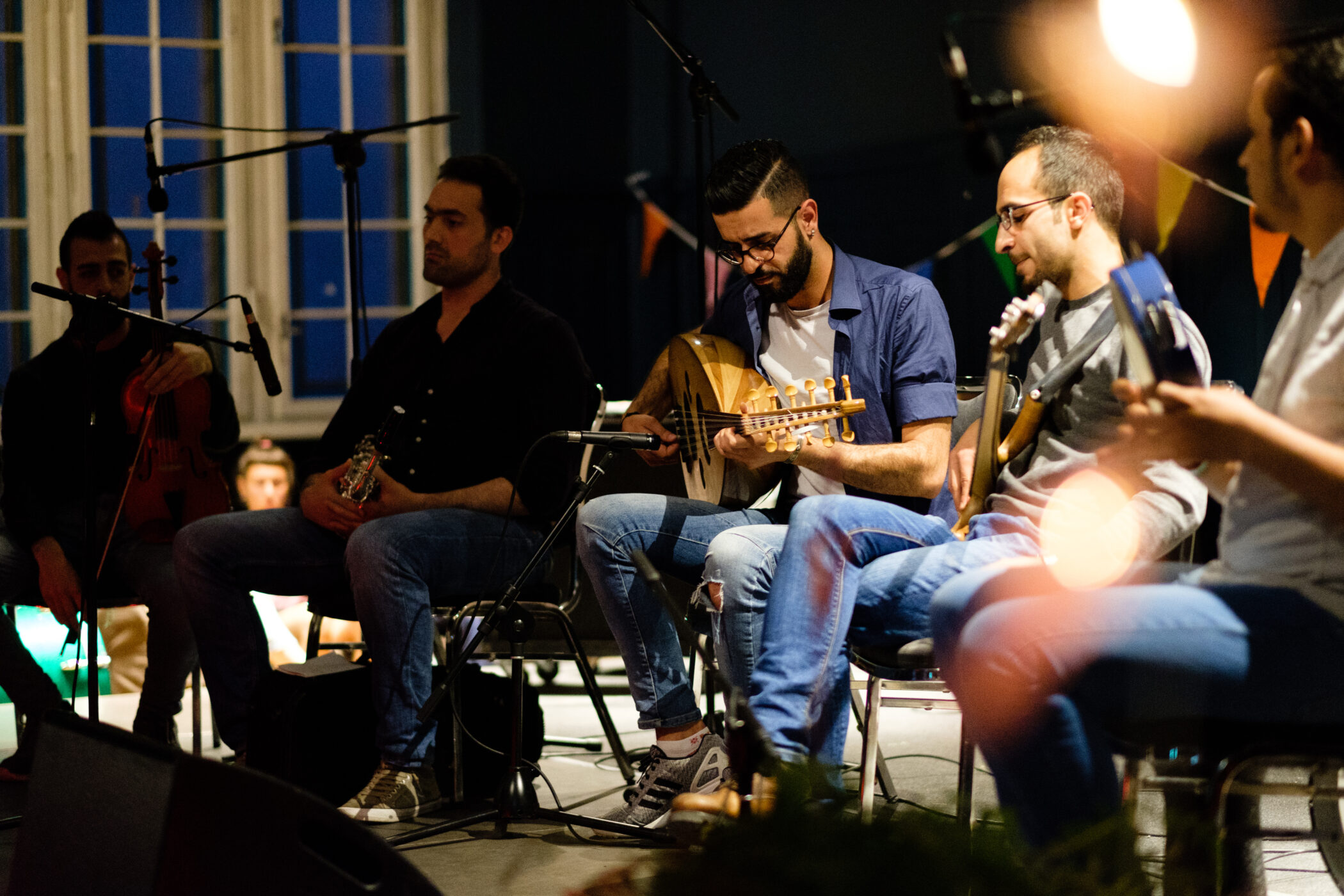 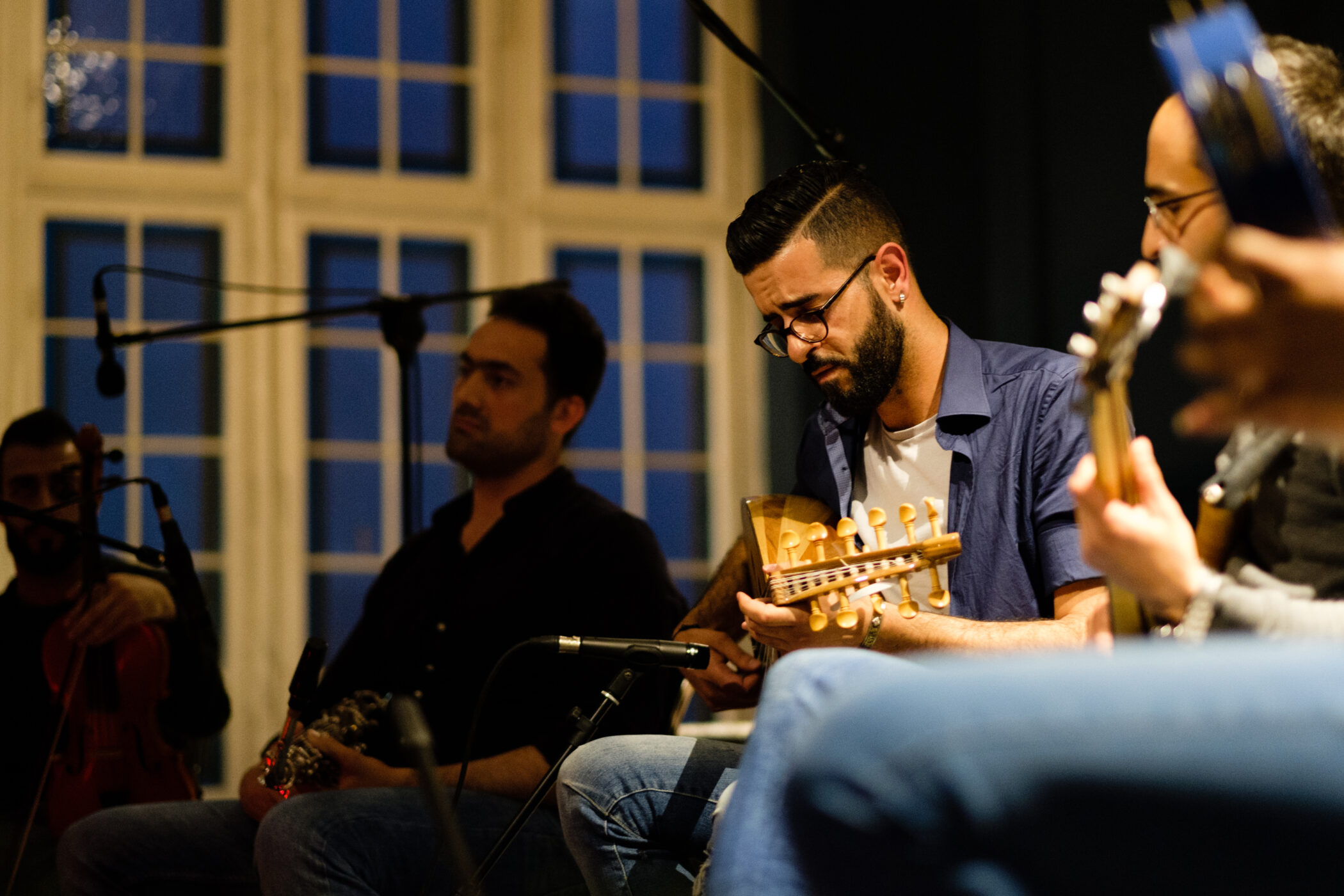 Closing the night were Wladalamm, who describe their music as ‘radical Syrian rap’, bringing the crowd to their feet with their infectious vibes! 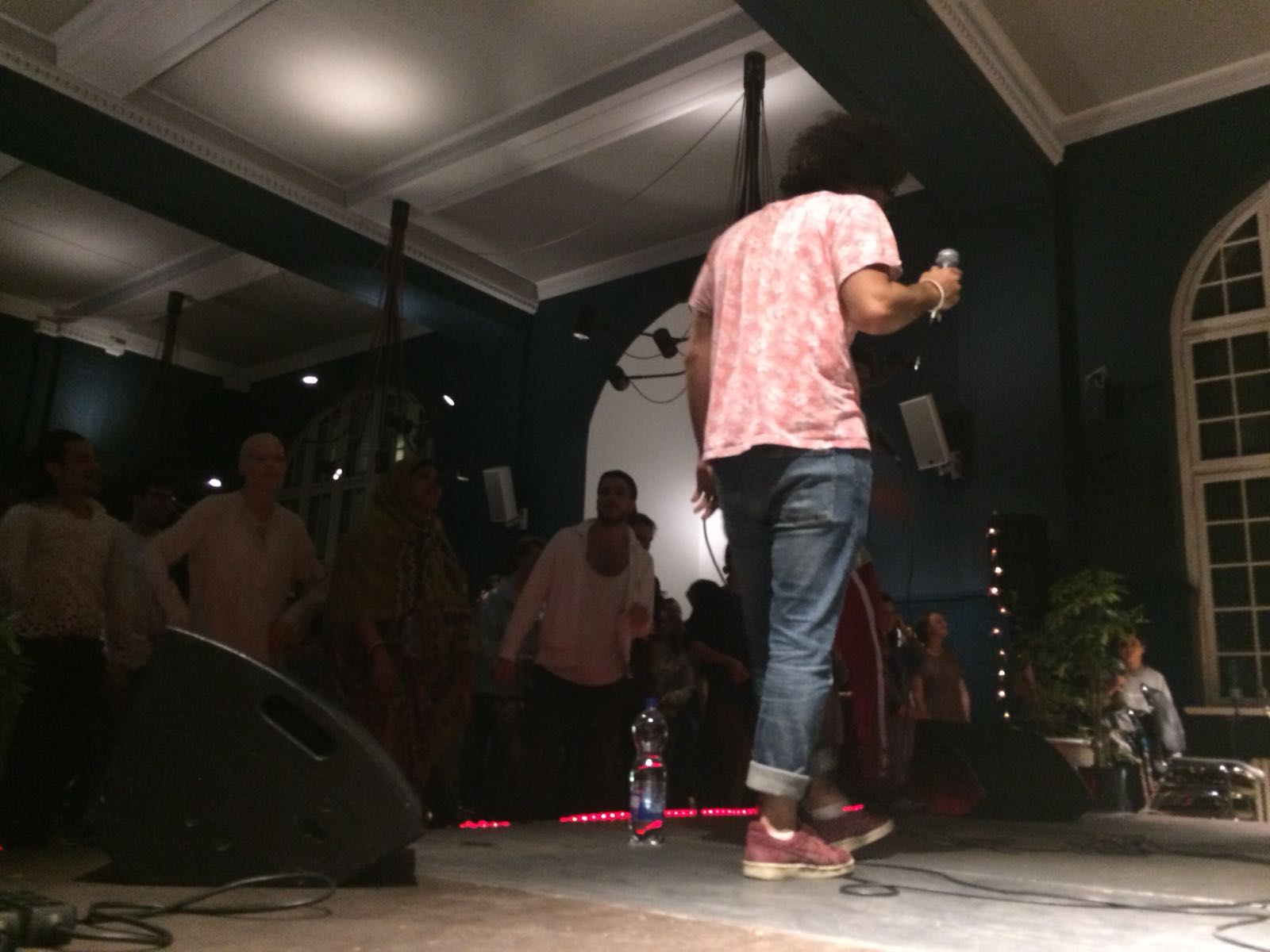 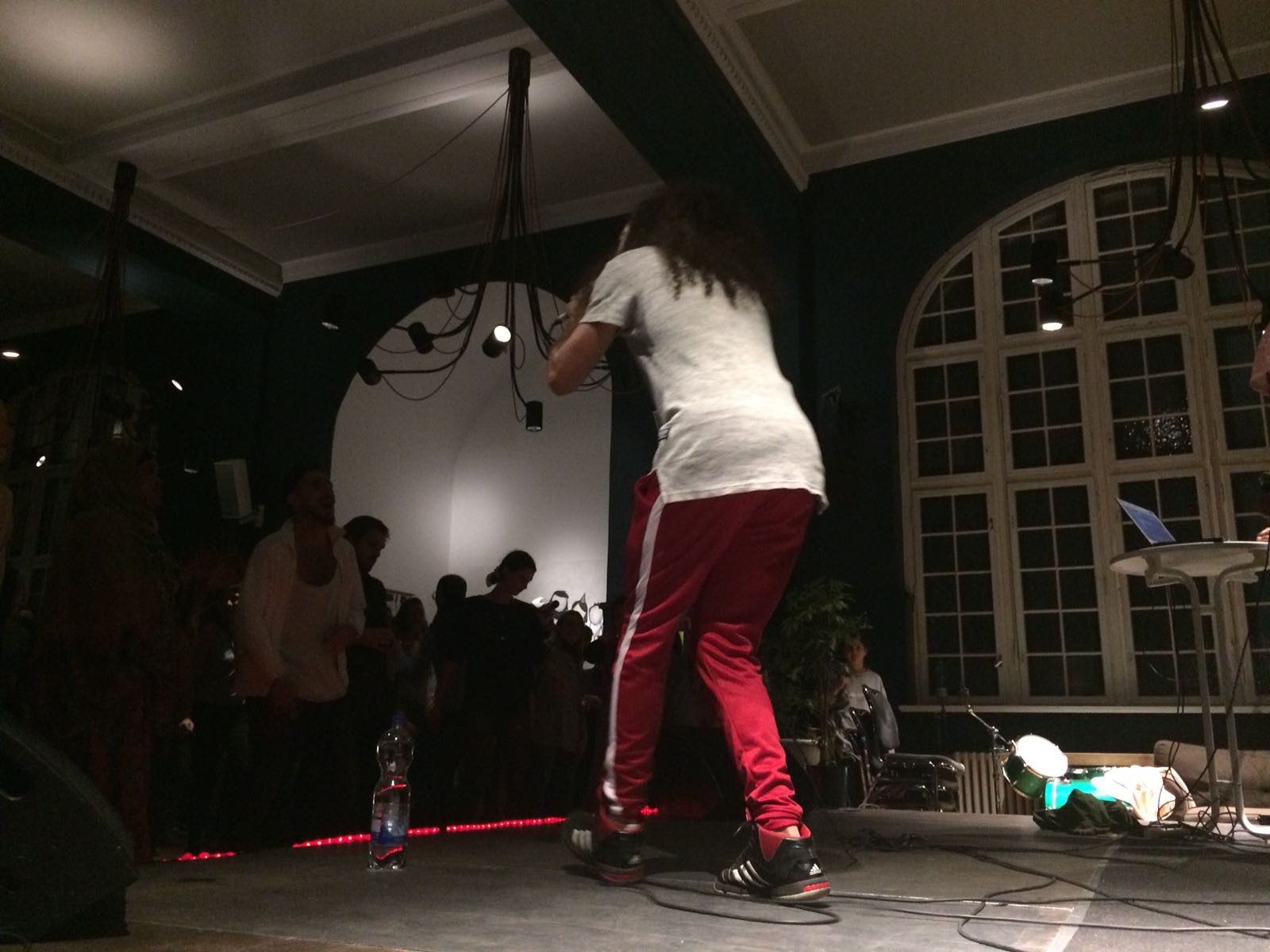 Thanks to all of the performers who took time out to put on a lively show for our audience, as well as our community members, volunteers, cooks and first-time visitors who helped or came out and made the party absolutely banging! Here are some other impressions from the event: 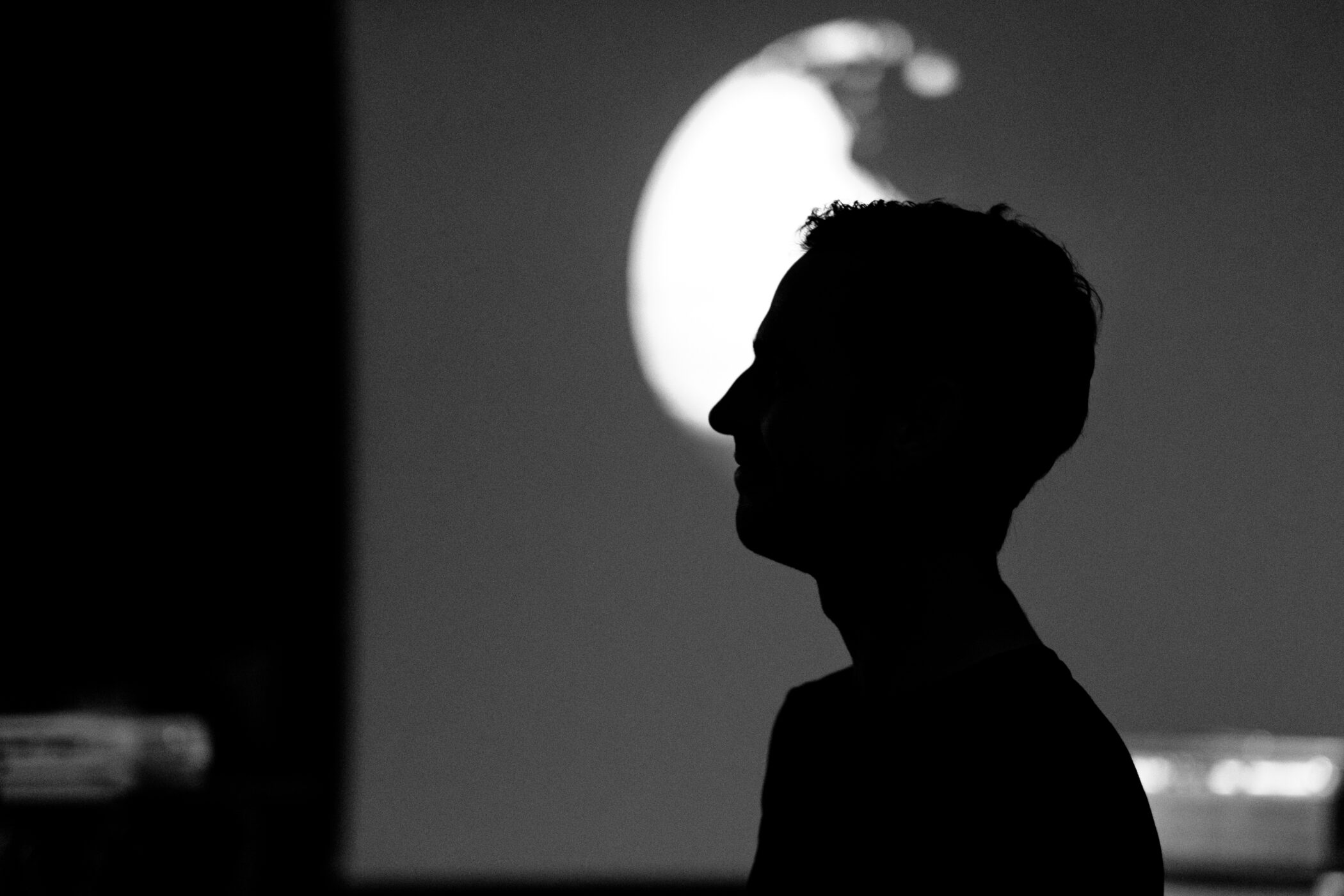 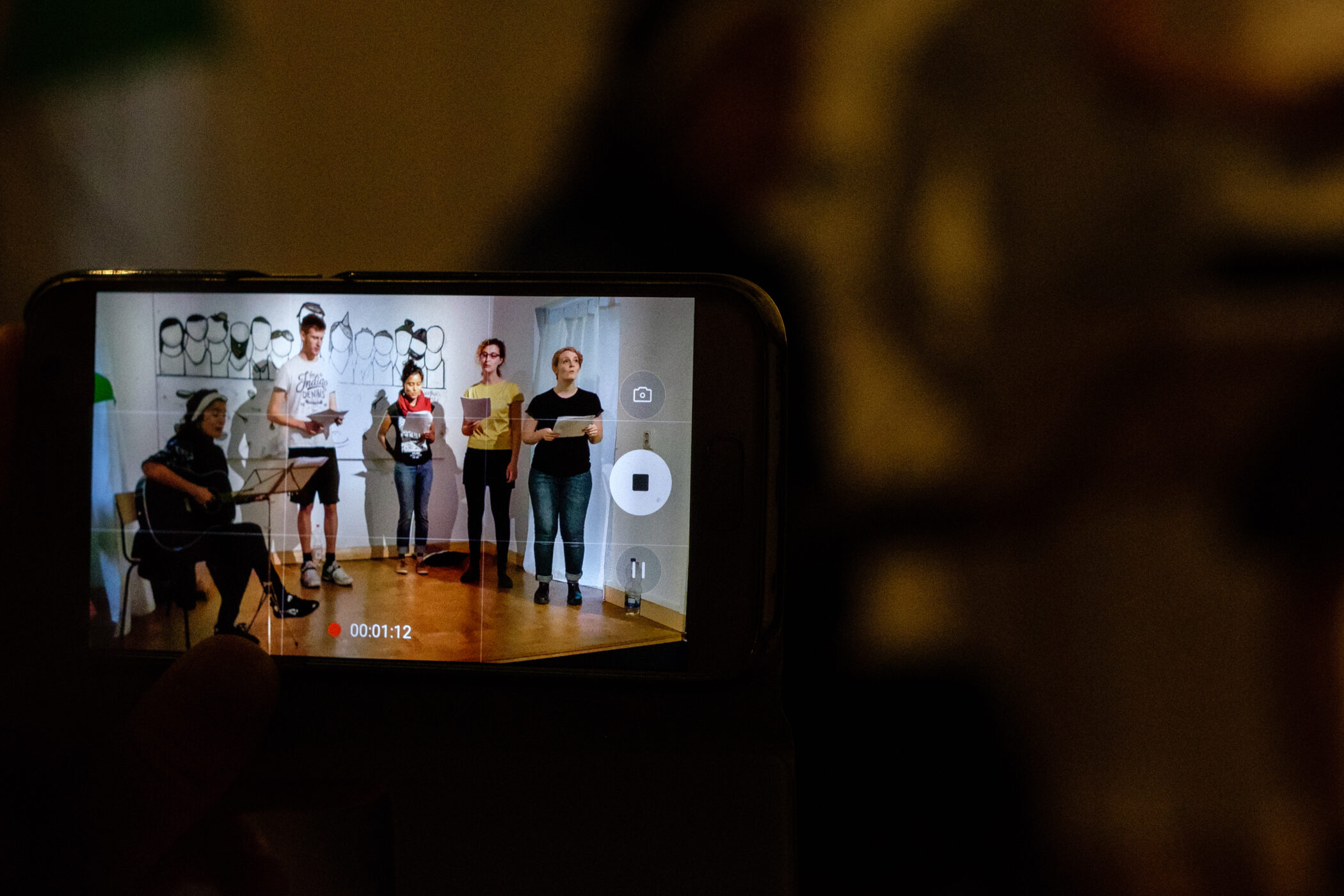 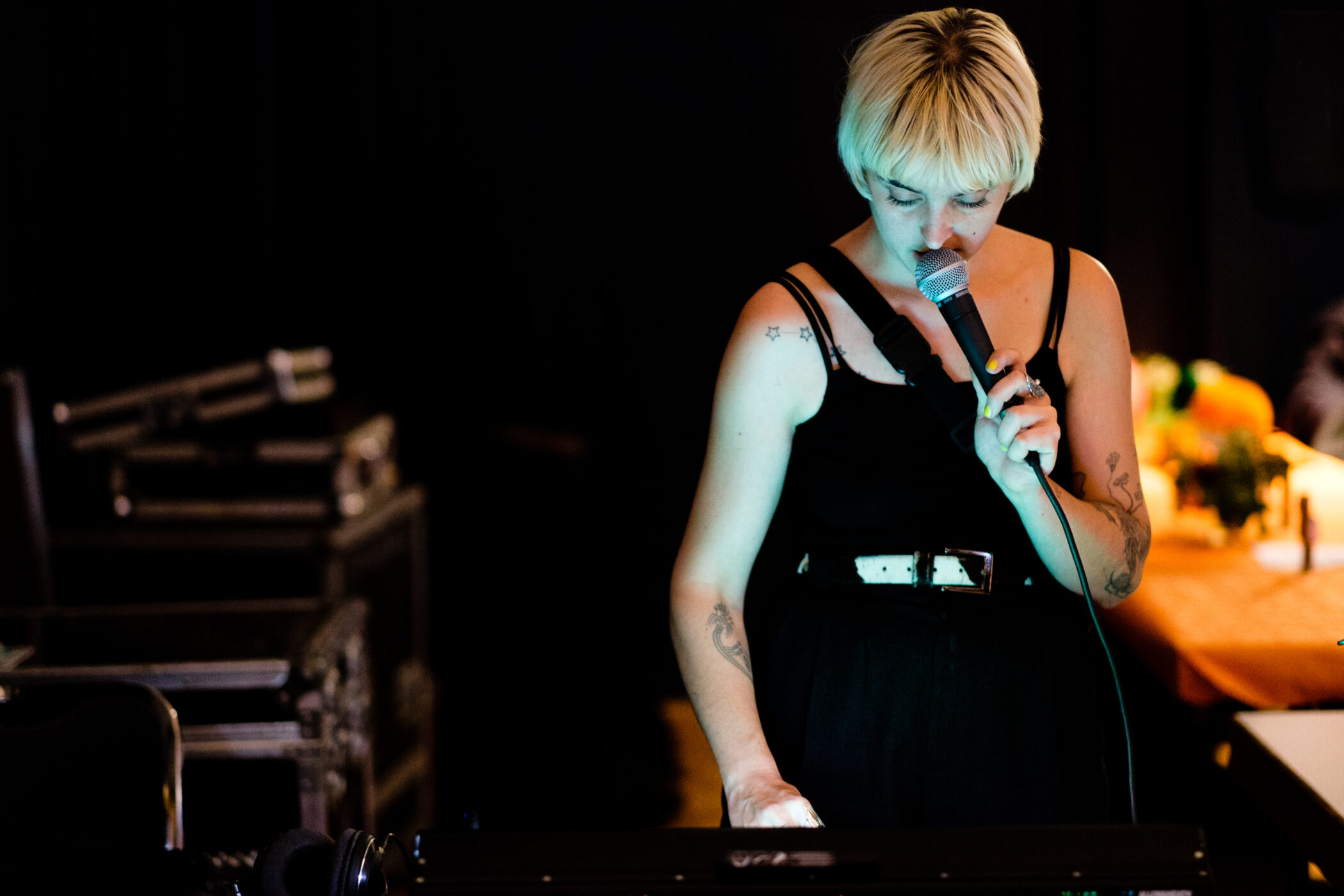 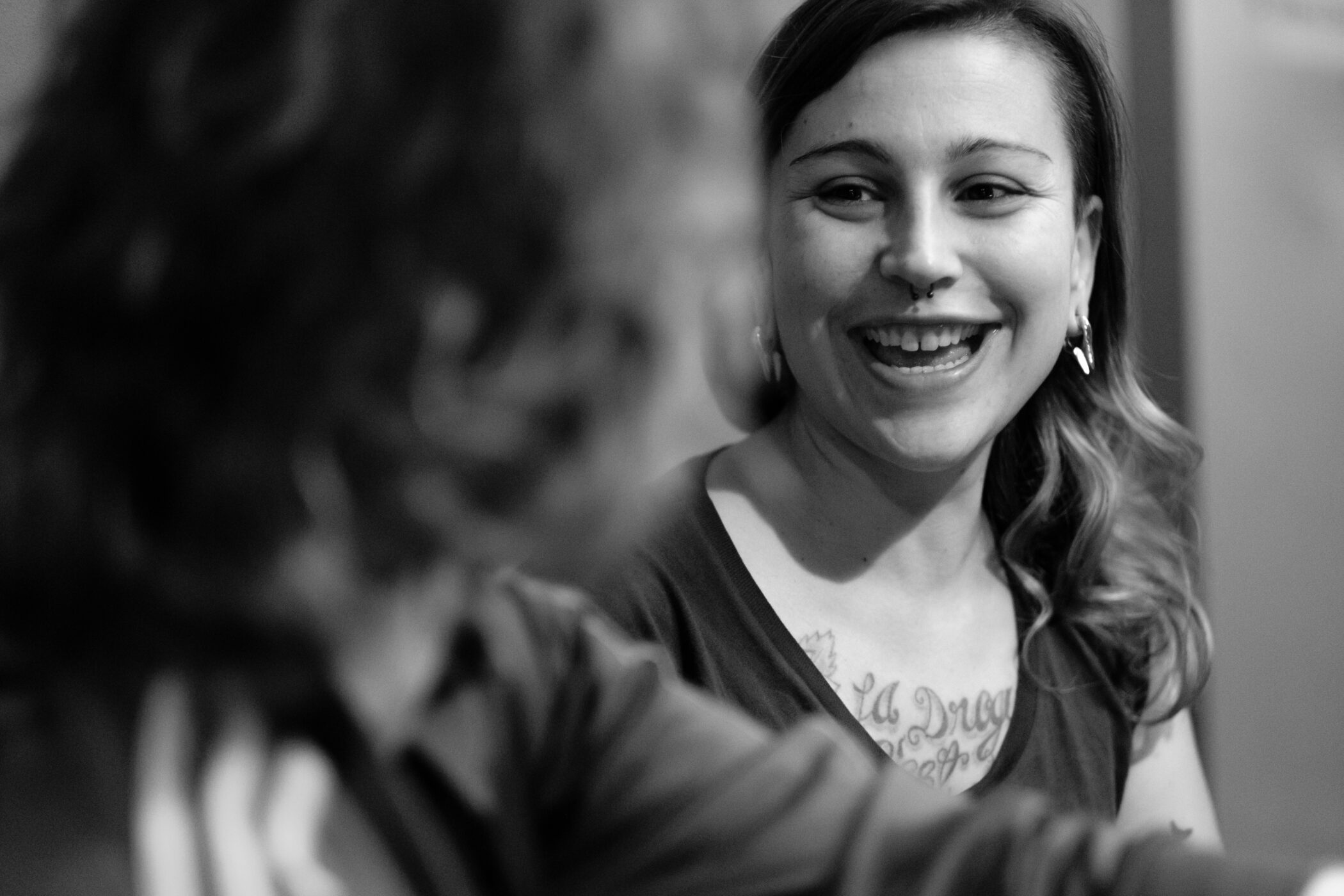