Last week, GSBTB celebrated its 5th anniversary in a huge party at Refugio, complete with a full musical line-up, delicious food, amazing musicians and most of all, wonderful attendees! It was heartwarming to share these moments with you all – find some impressions from the night here!

Putting an anniversary party on is no small feat. Volunteers showed up early at the Saal in Refugio to help decorate the room, cut up posters or set up drink stations. As always, special thanks to the lovely people who took time out of their day to help us do this. 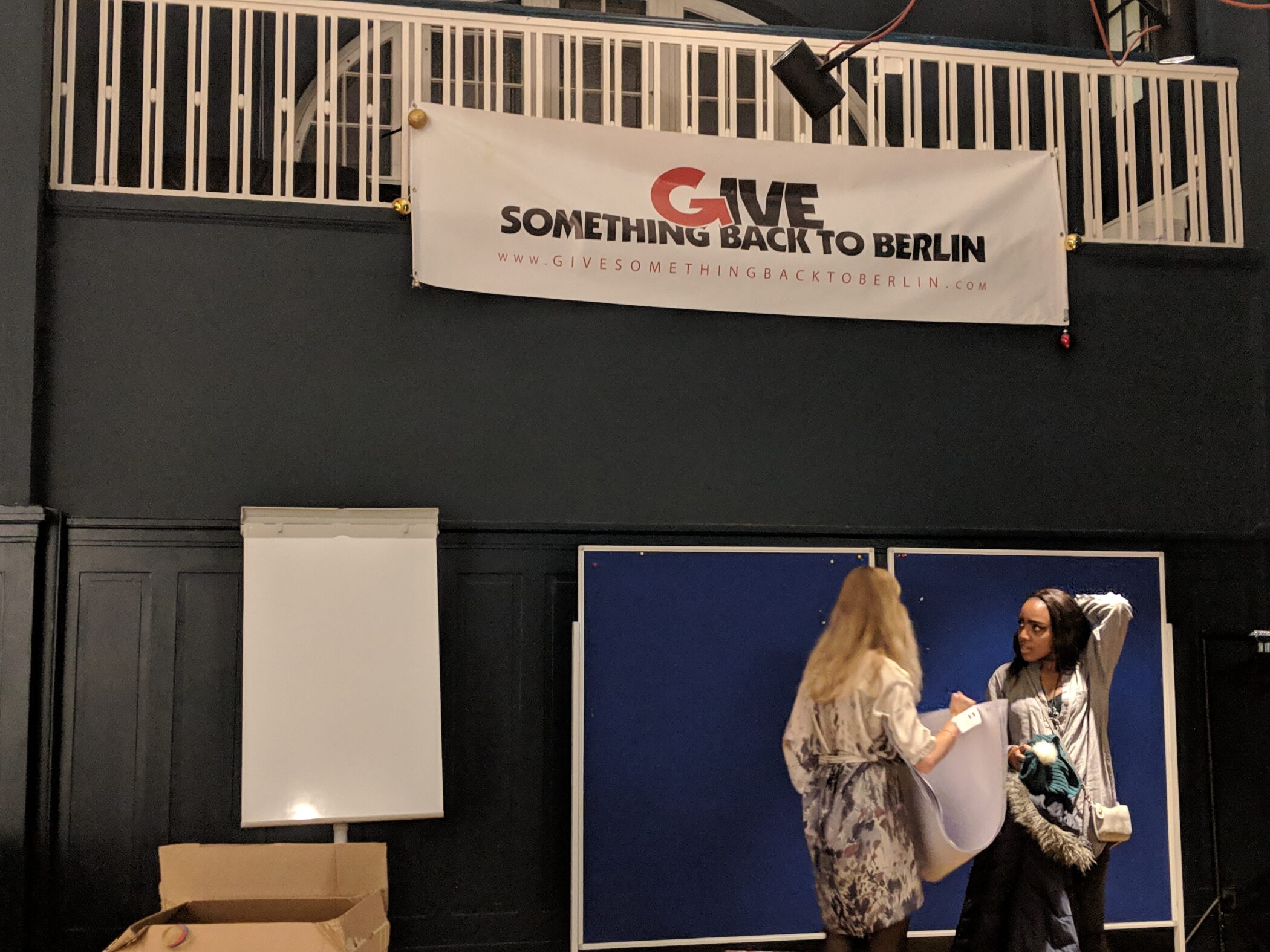 Finally, 7 pm rolled around and people started coming in! 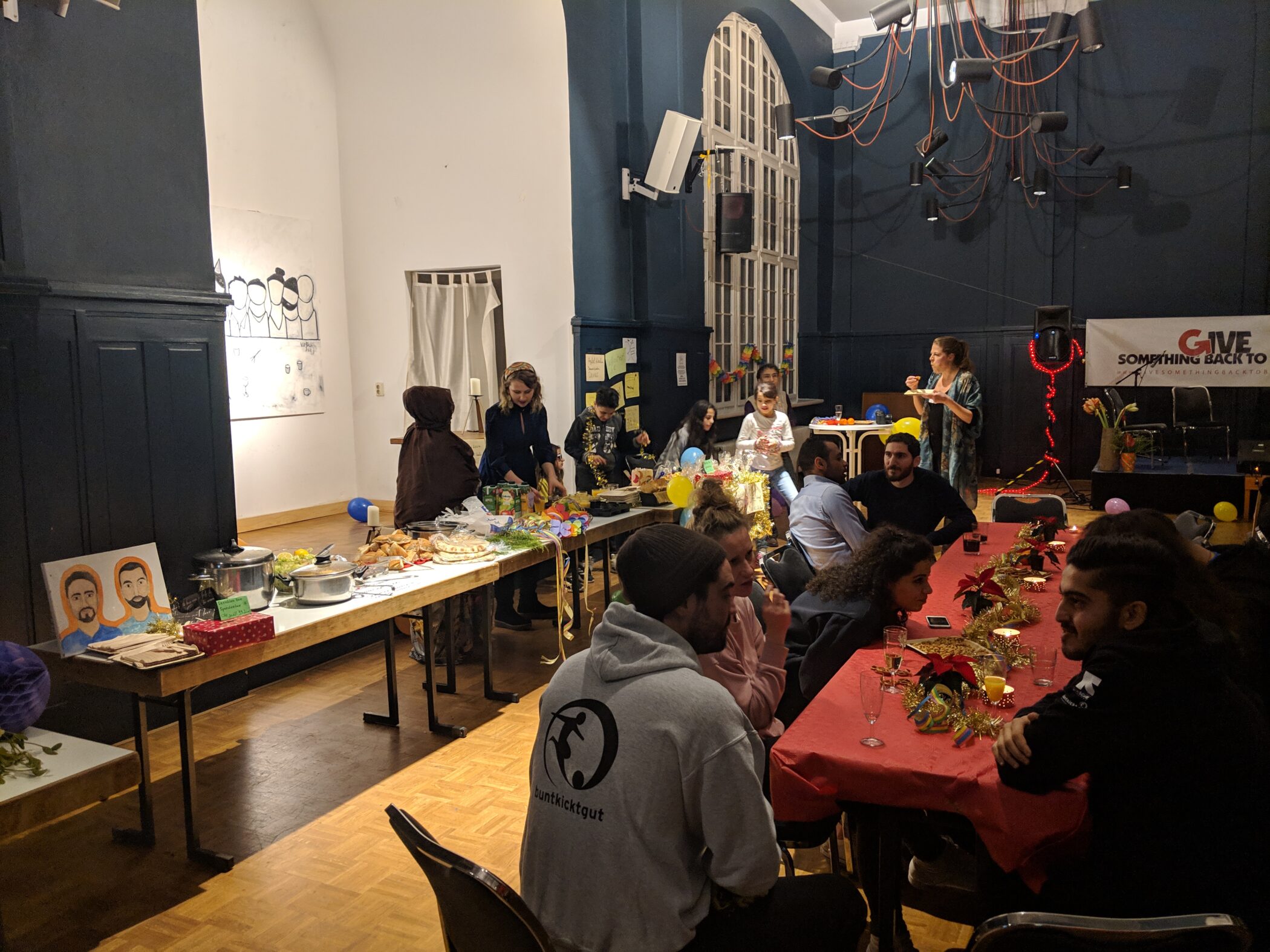 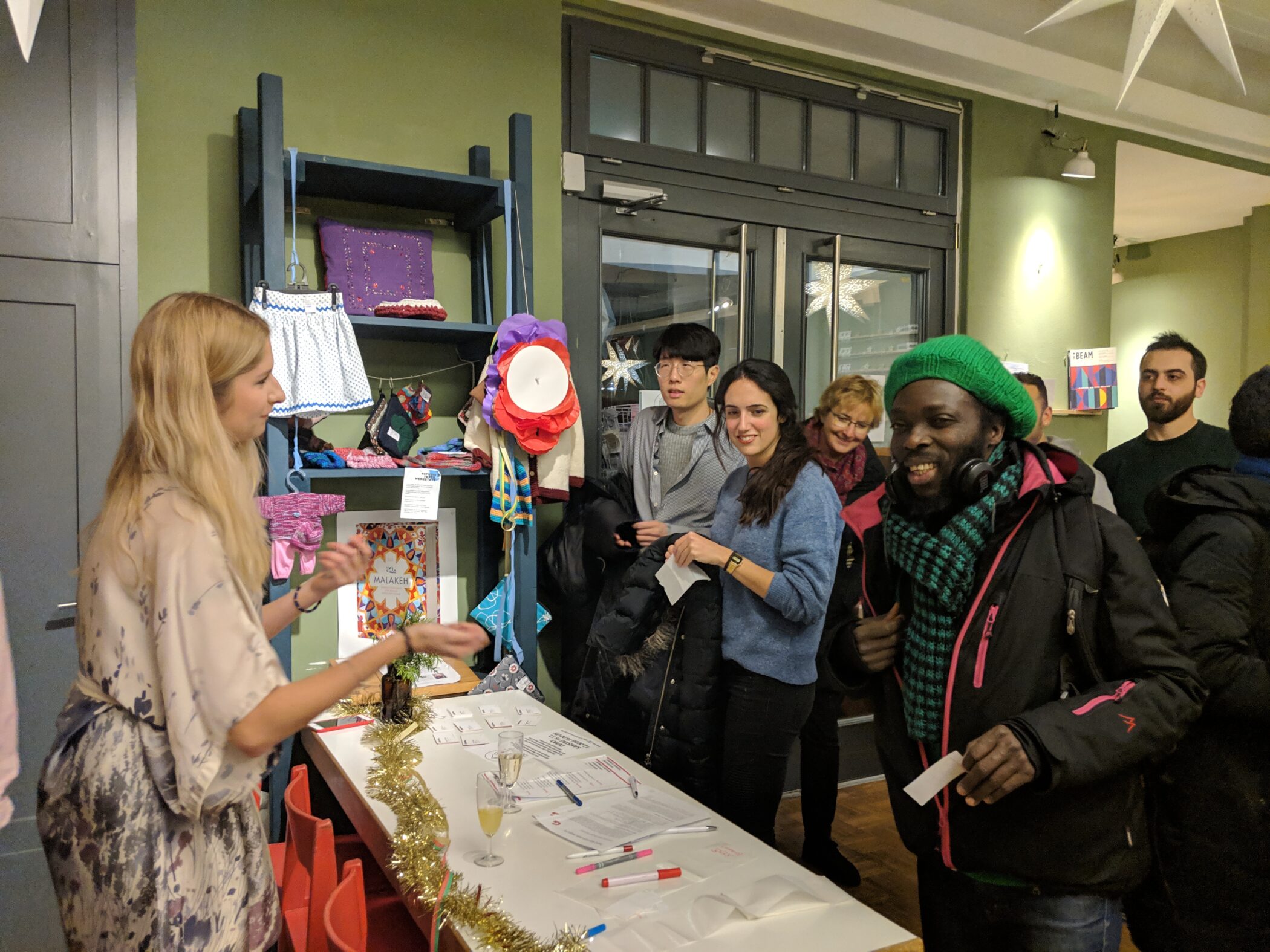 This was shortly followed by a few words from Founder Annamaria and Executive Director Lucy about the journey of GSBTB and how it’s come this far. They were also joined on the stage by Sawsan Chebli, State Secretary for Federal Affairs. 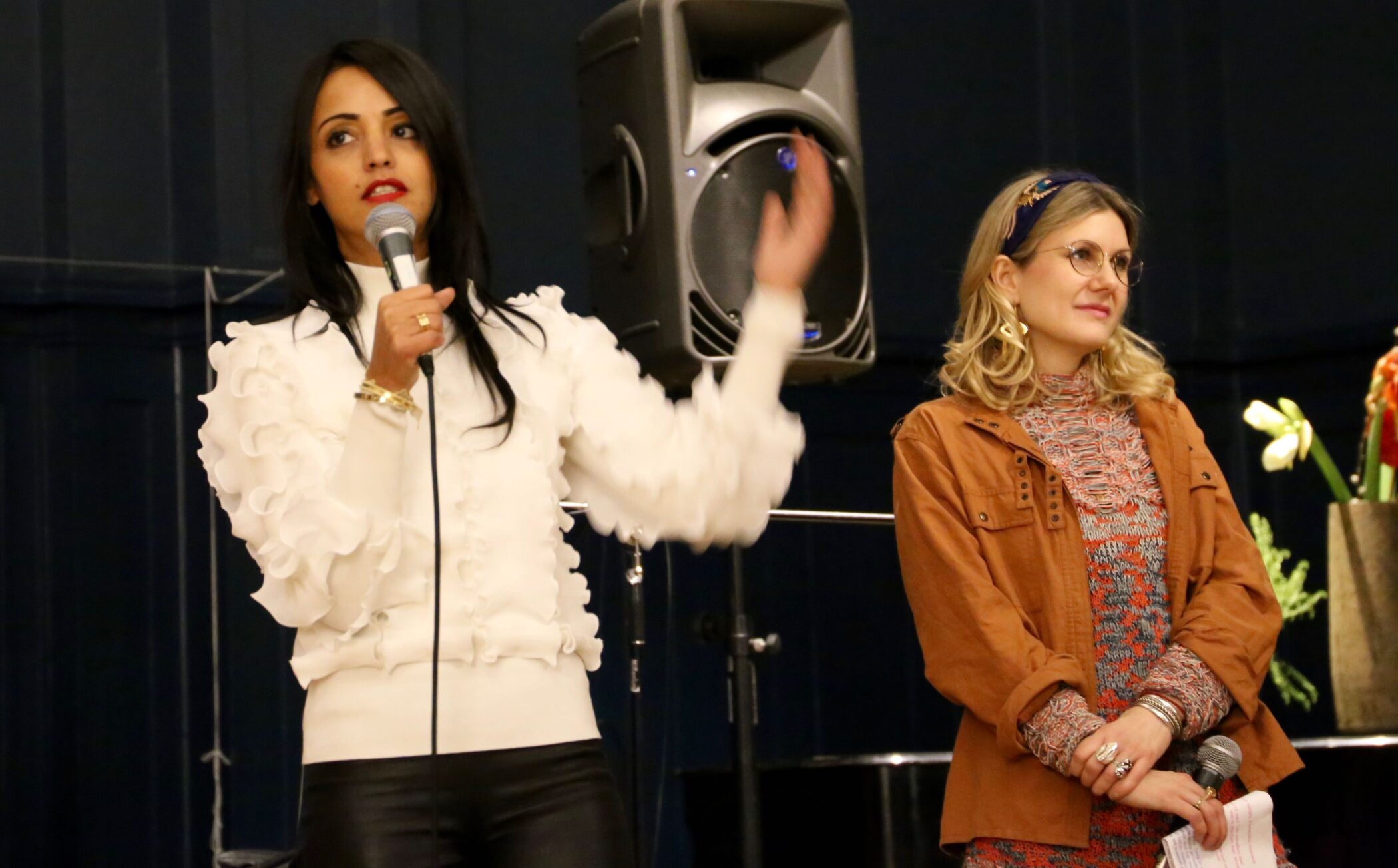 In true GSBTB fashion, we had food made by our very own community members. This time, we also had a dessert section made by children in our community trying to raise funds to go to Jump Haus, a trampoline hall in Berlin. 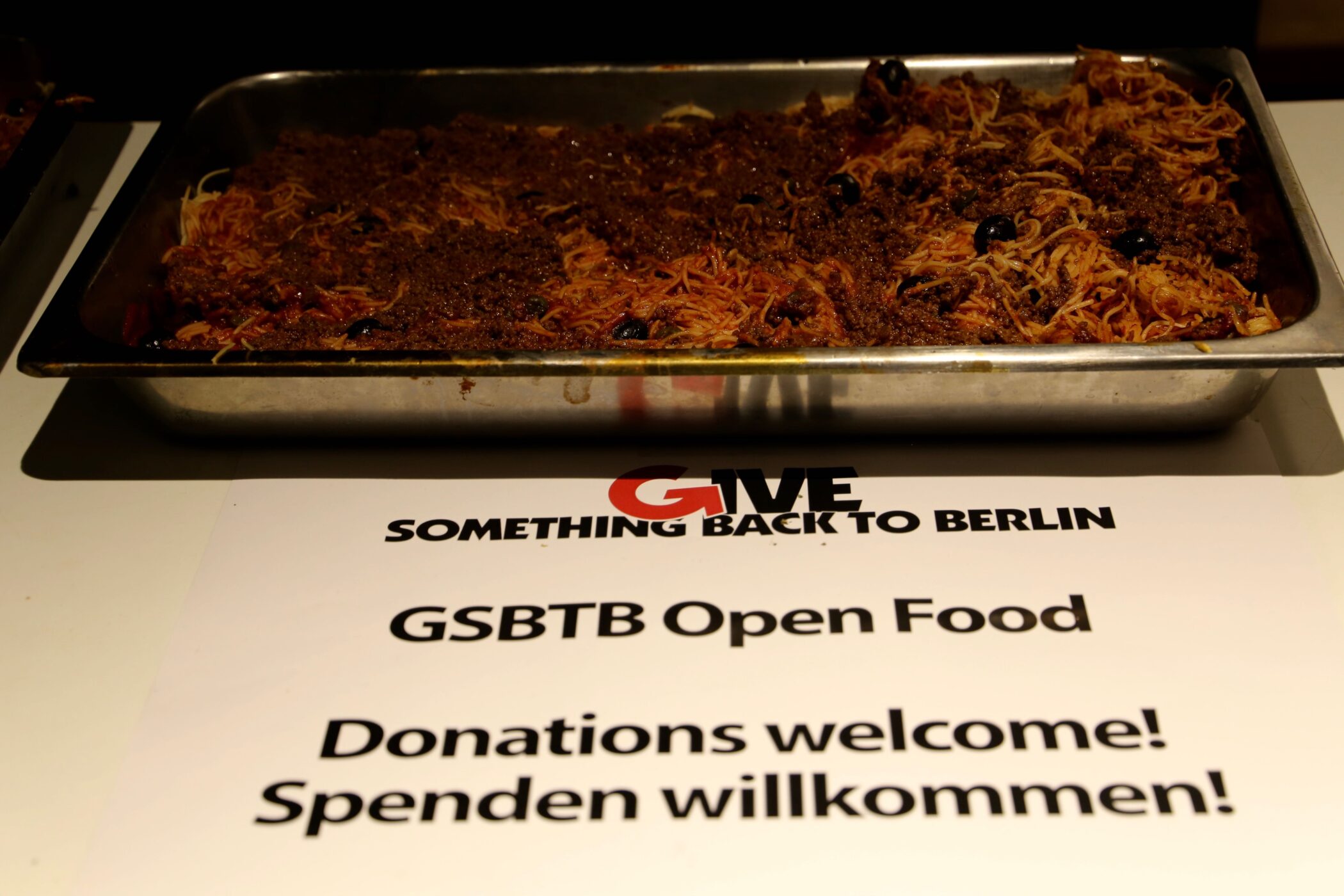 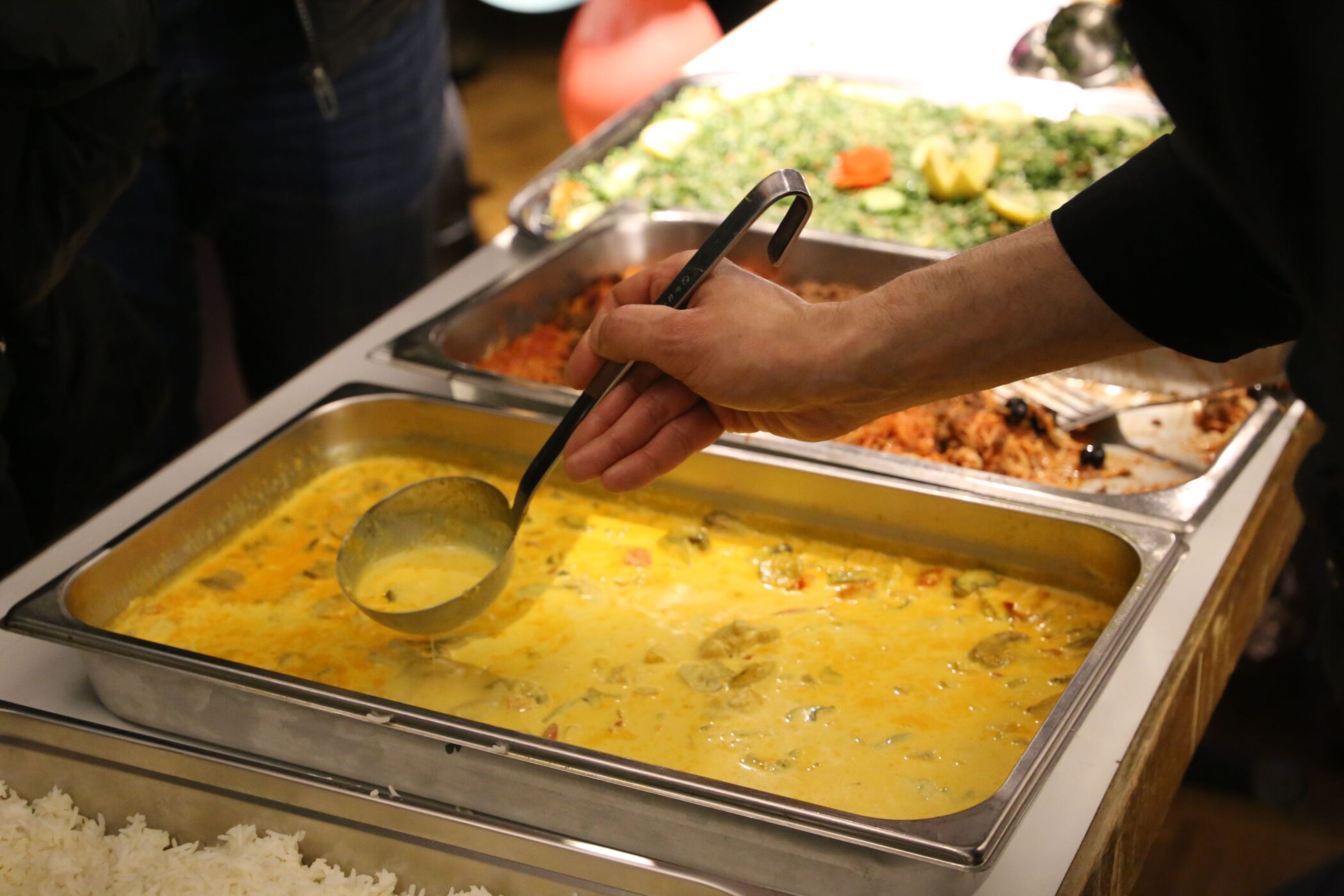 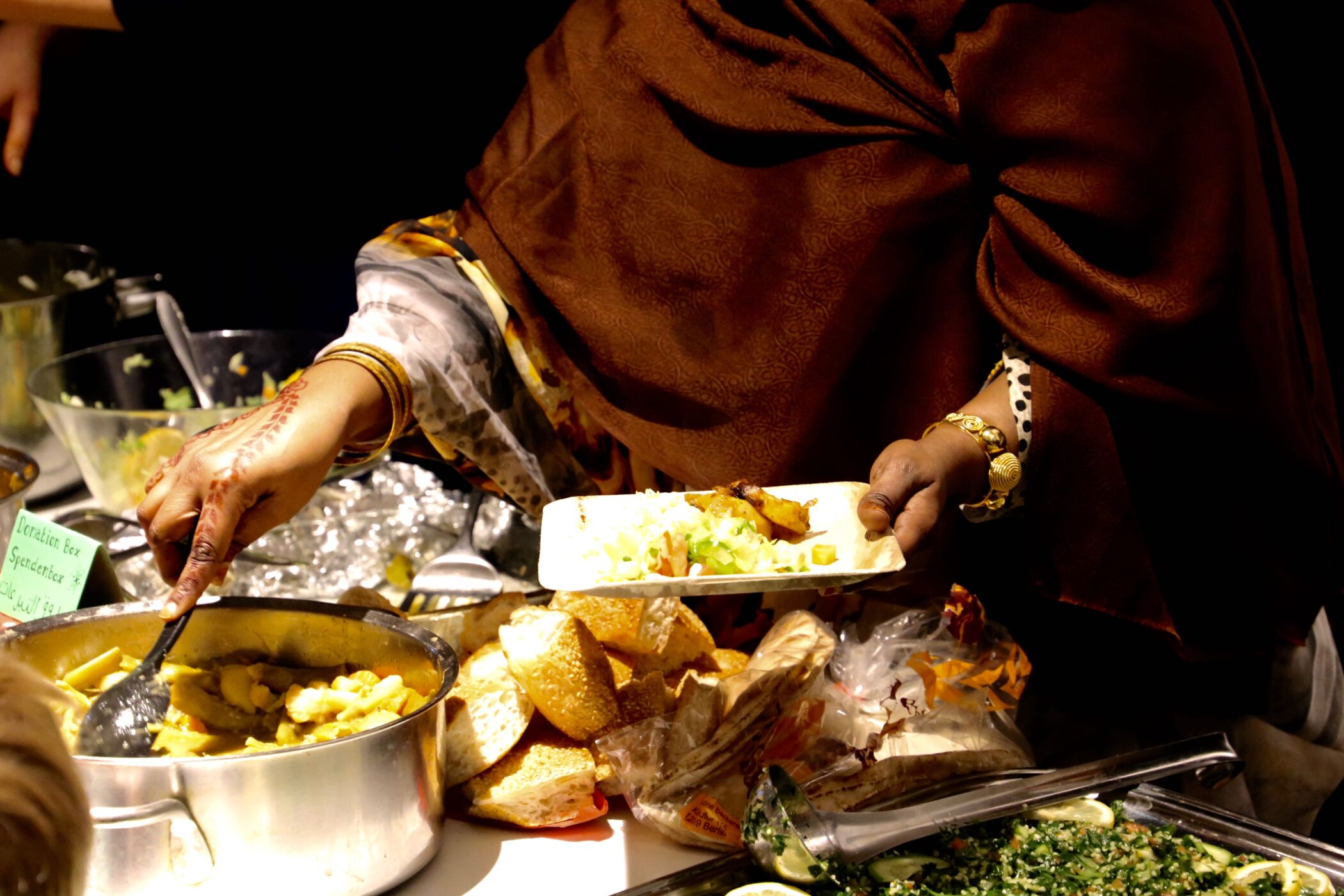 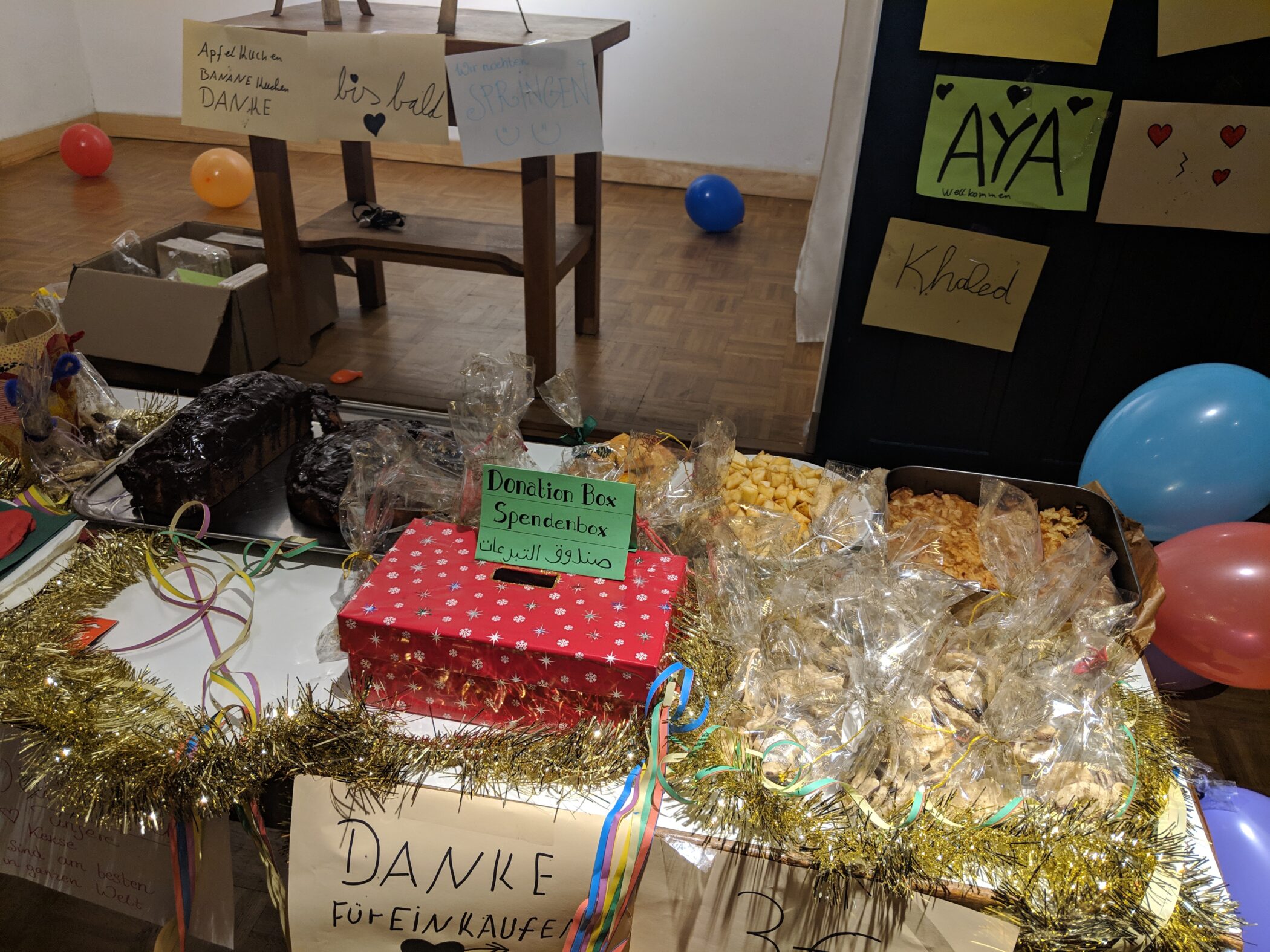 A closer look at the desserts prepared by the kids. Source: Juan Riumalló.

Next up was our music program, which was full to the brim with talented artists showcasing a variety of musical styles. First up was the band “Die Straße 30”, performing a beautiful mixture of sounds, including elements from Spanish flamenco music and other traditional oriental melodies. 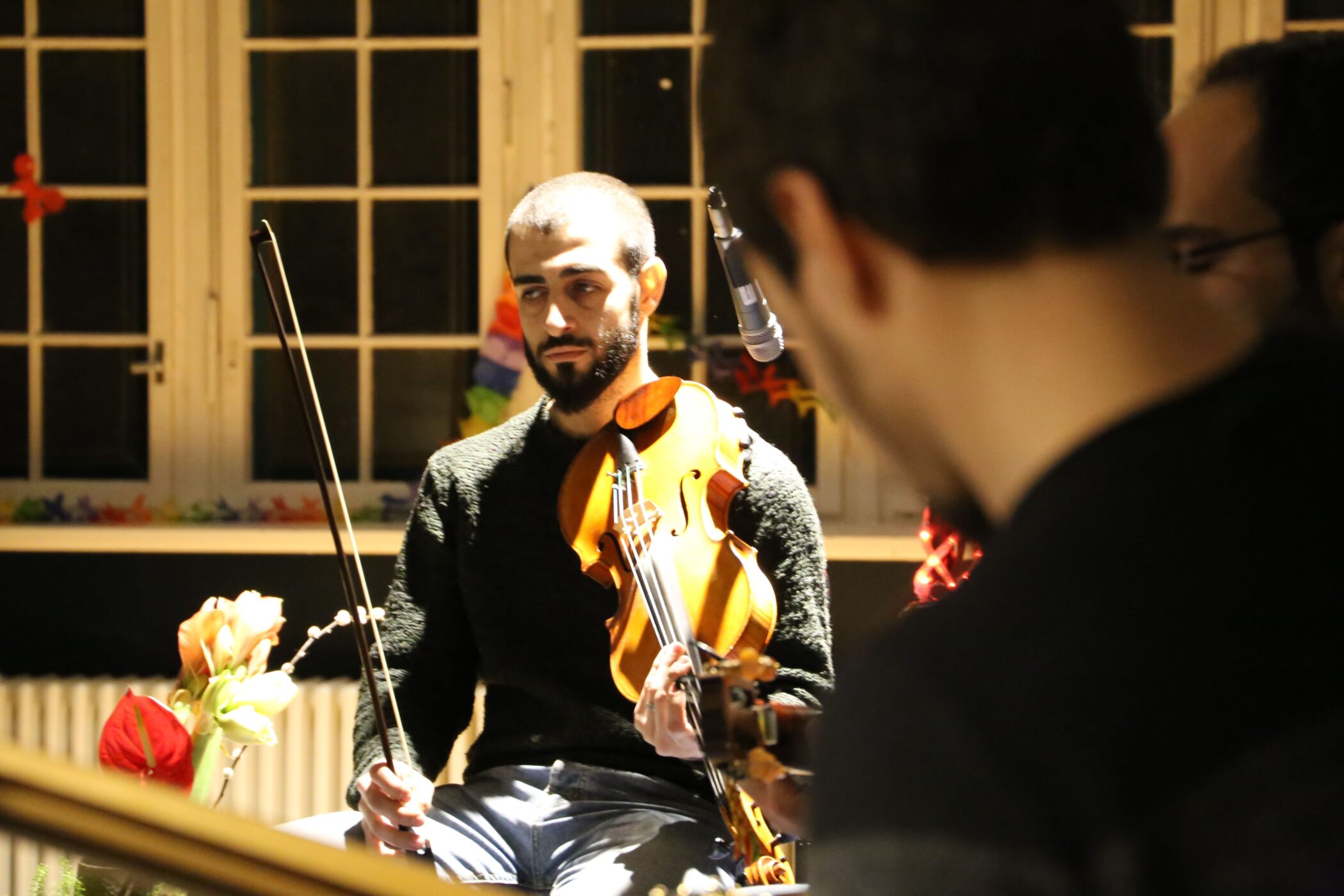 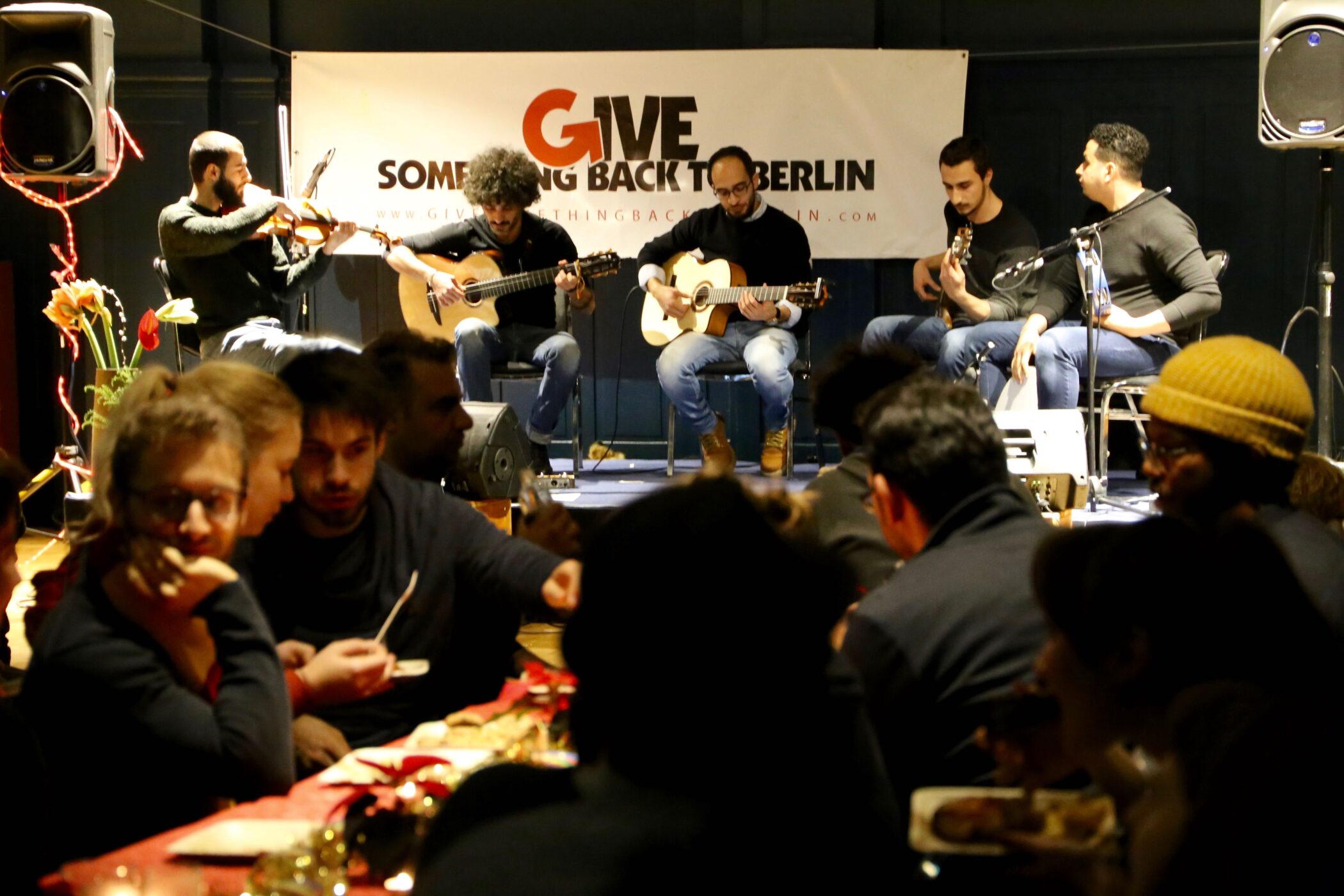 Following this was Syrian rapper, MC and producer Taha, who definitely got the party started! His infectious beats and hard-hitting style got everyone on their feet. 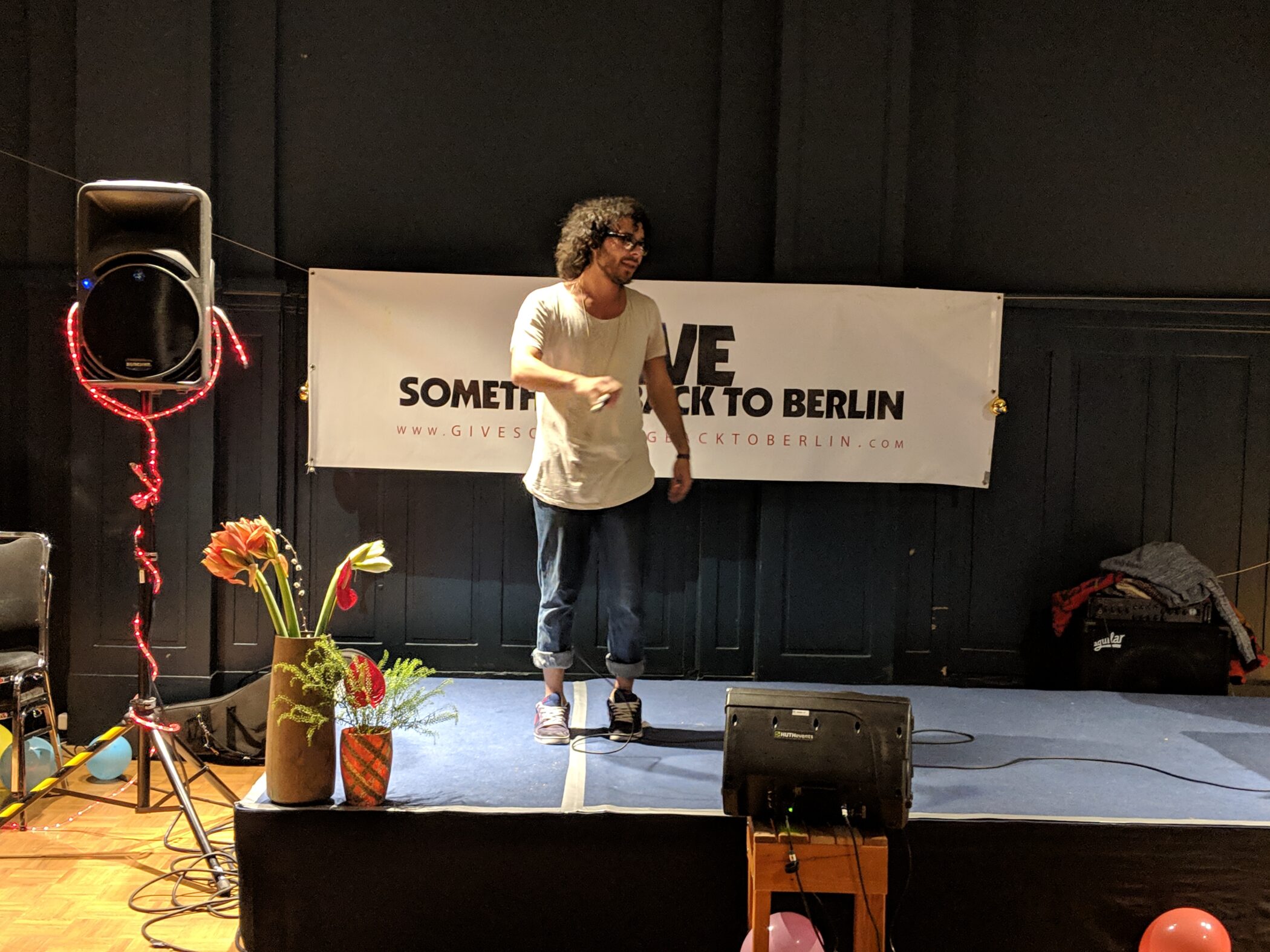 We also hosted Jamac, a Somali singer bringing us a taste of current Somali music – enthusiastically joined on the stage by other attendees! 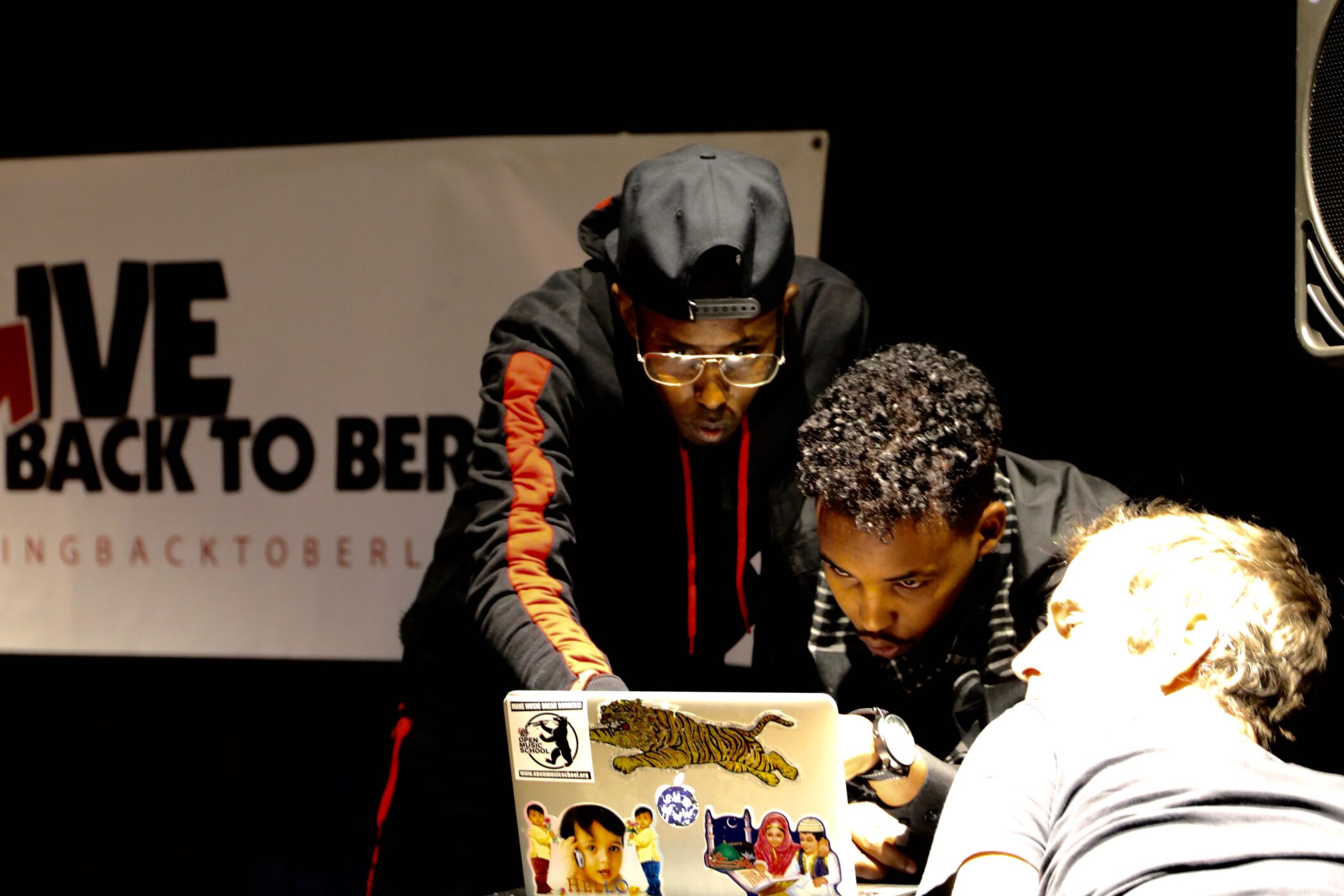 Next up was the Brazilian group Materia Rima, rapping their hearts out – and complete with their very own DJ! 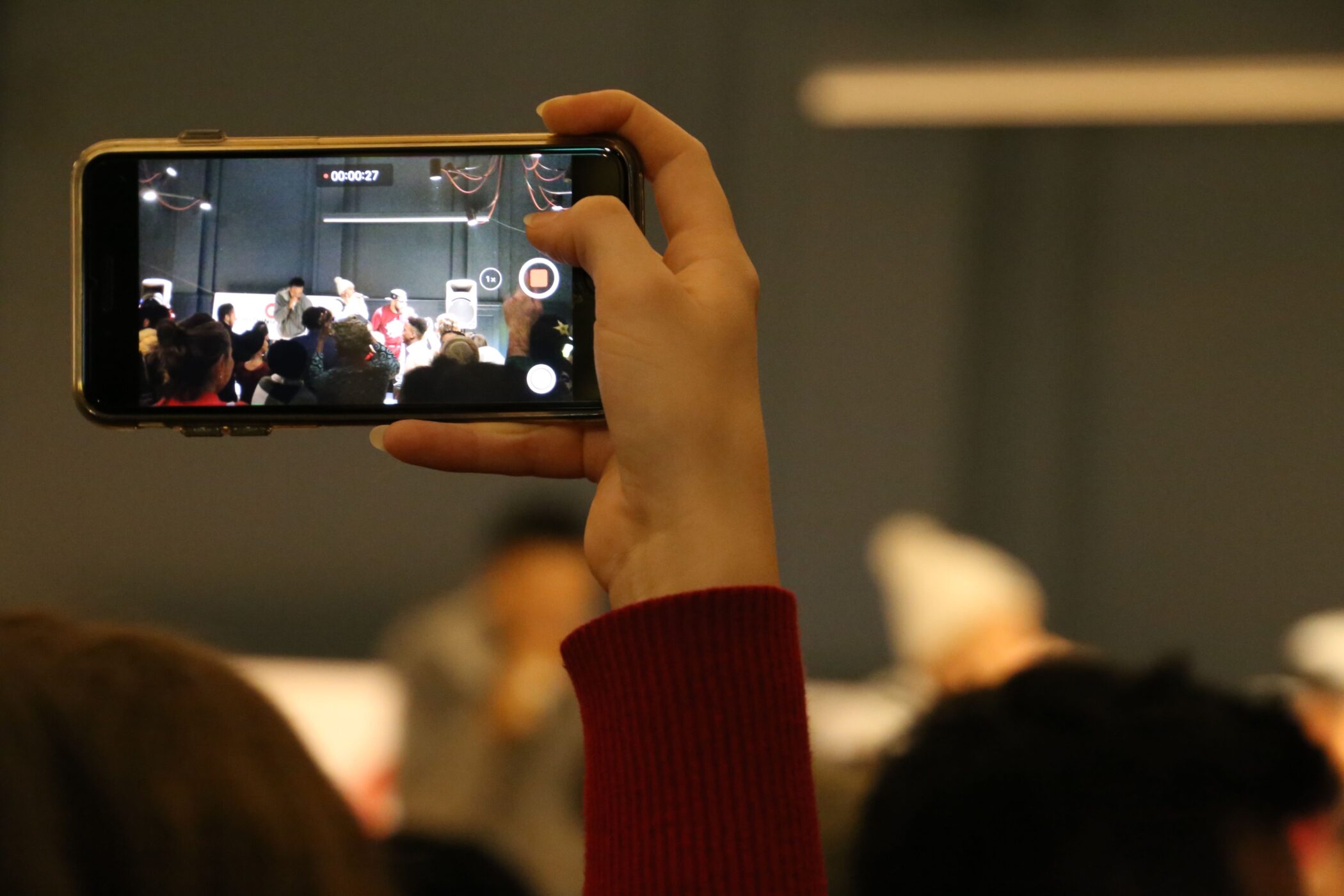 The night closed with underground rap queens Leila A. and Alice Dee, who absolutely killed it! 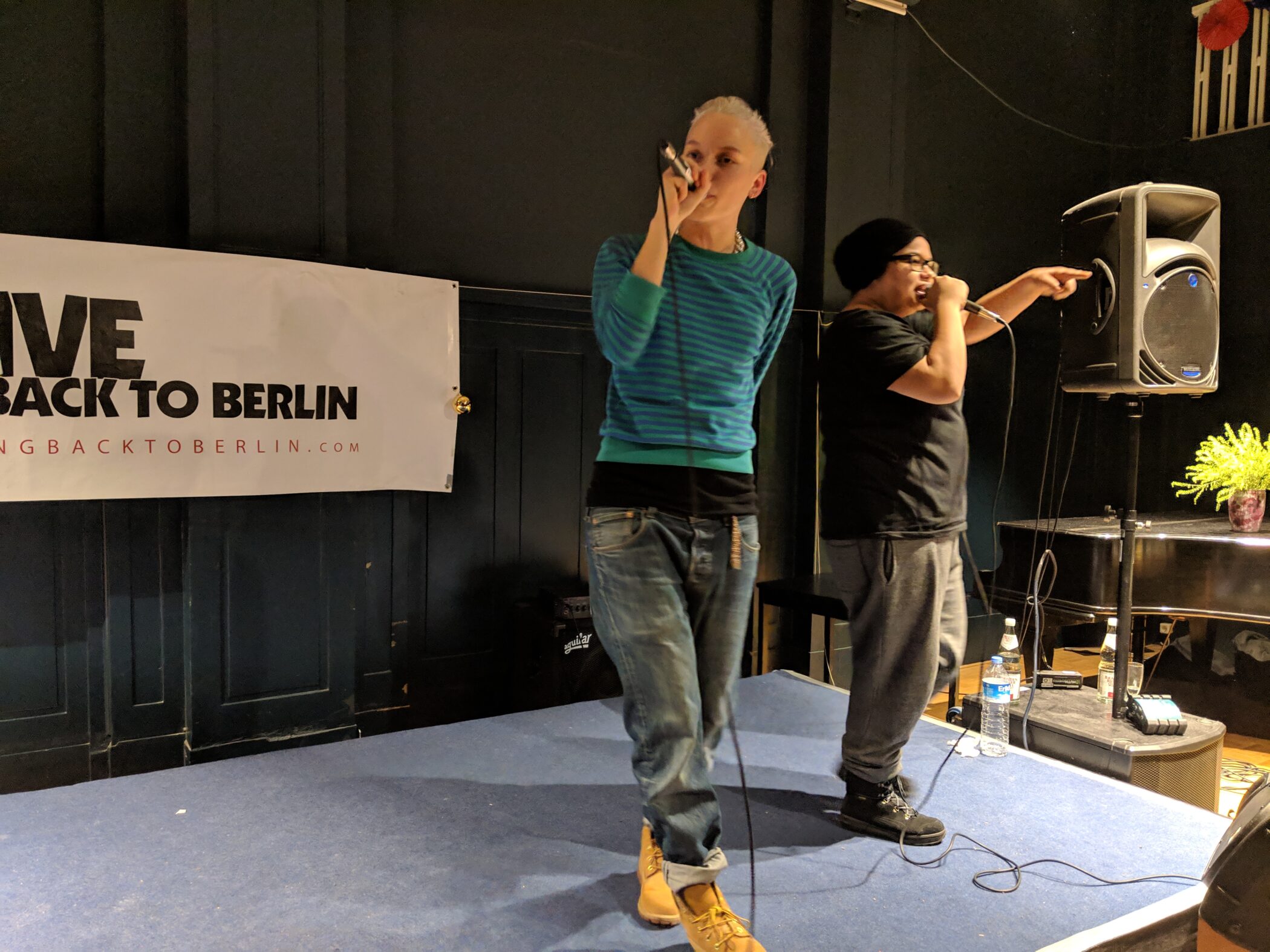 Alice Dee (left) and Leila A. (right) on the stage. Source: Abeera Atif.

This brought us to the end of our program – thanks to everyone who came, ate, danced and celebrated with us! It’s been a wild ride, but with communities and friends such as yourselves, it’s been a great one! Thank you especially to the musicians who graced the stage and got everyone on their feet, and the volunteers who helped set up, serve drinks and clean! This night wouldn’t have been as amazing without all of you.

Here are some other impressions from the night: 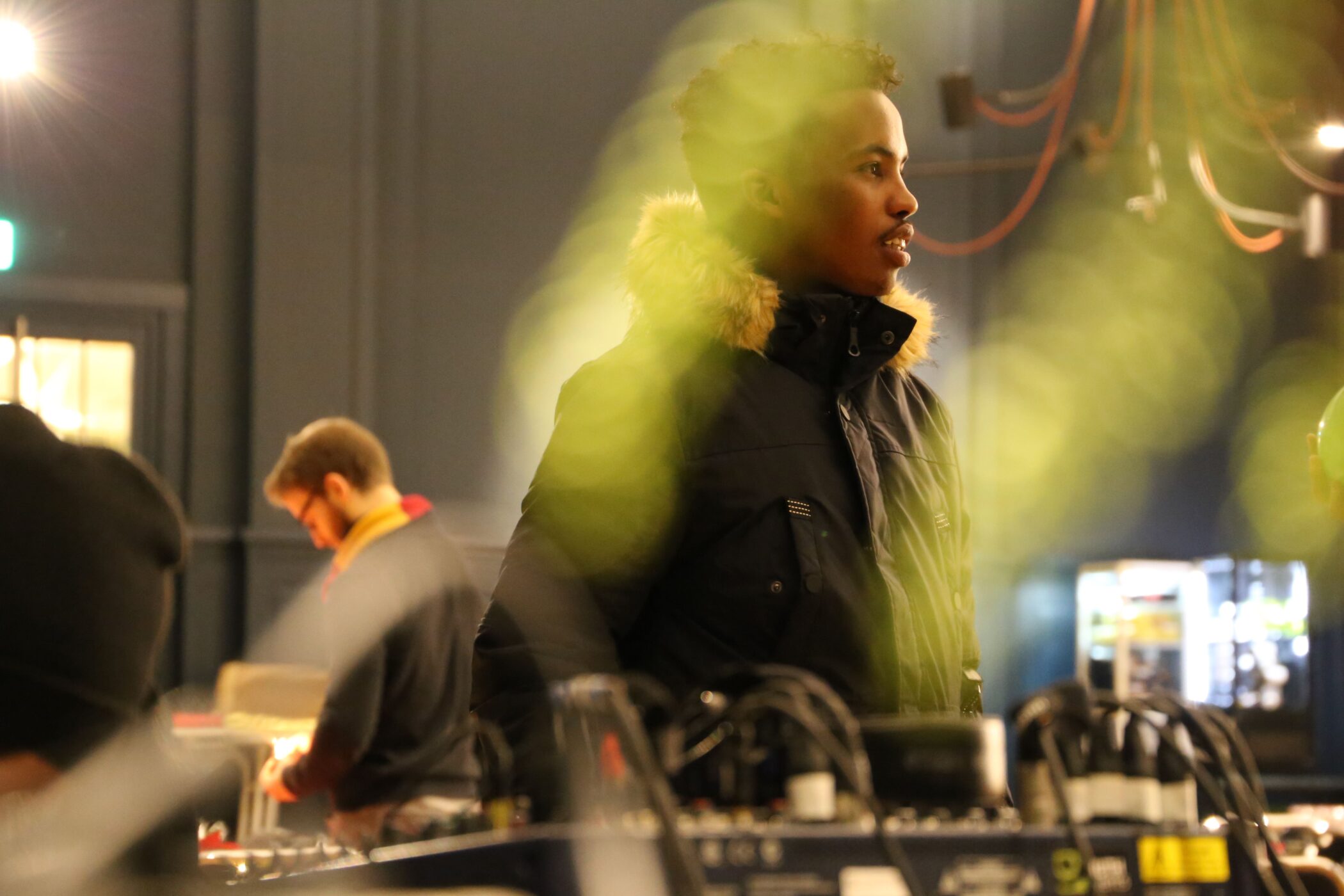 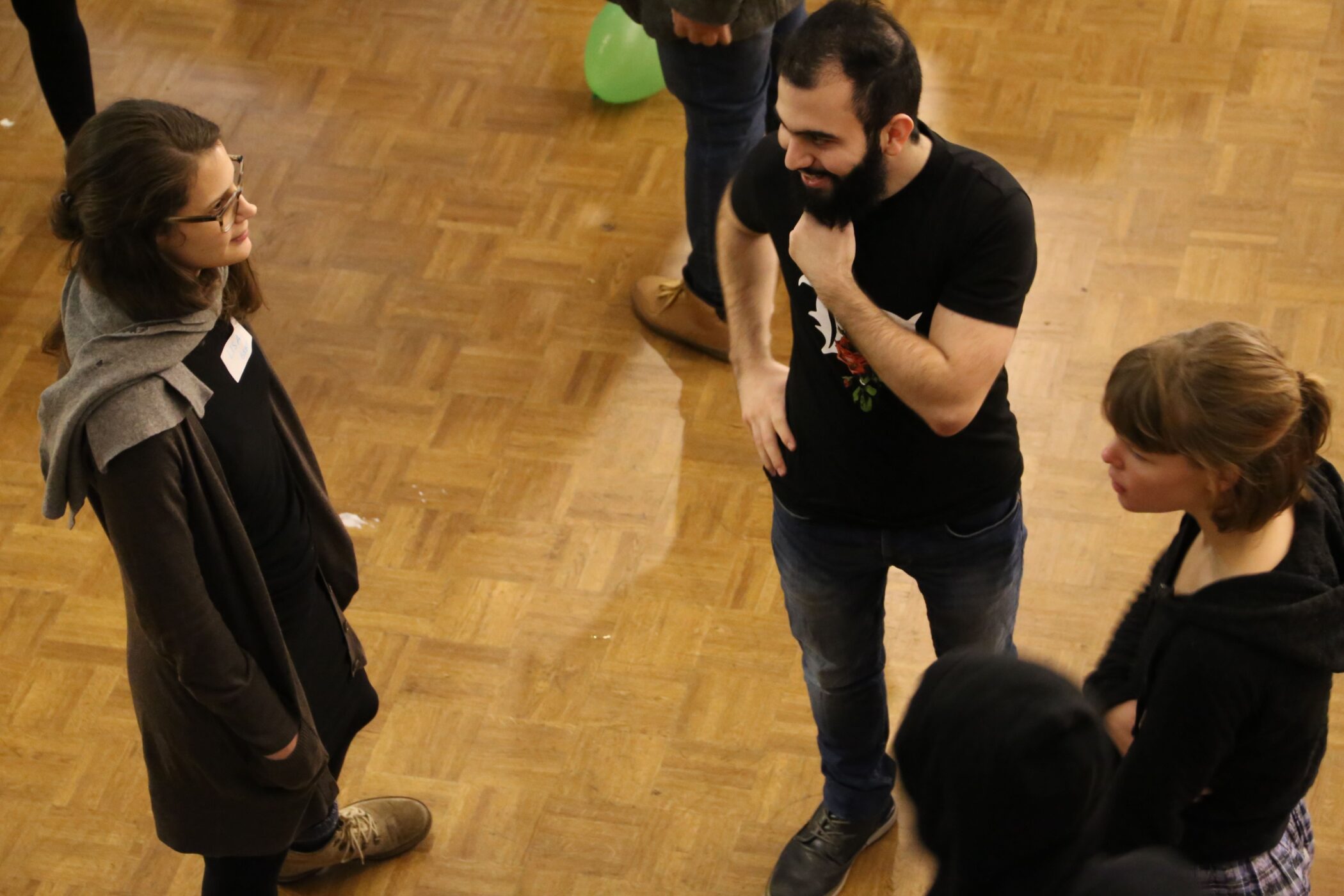 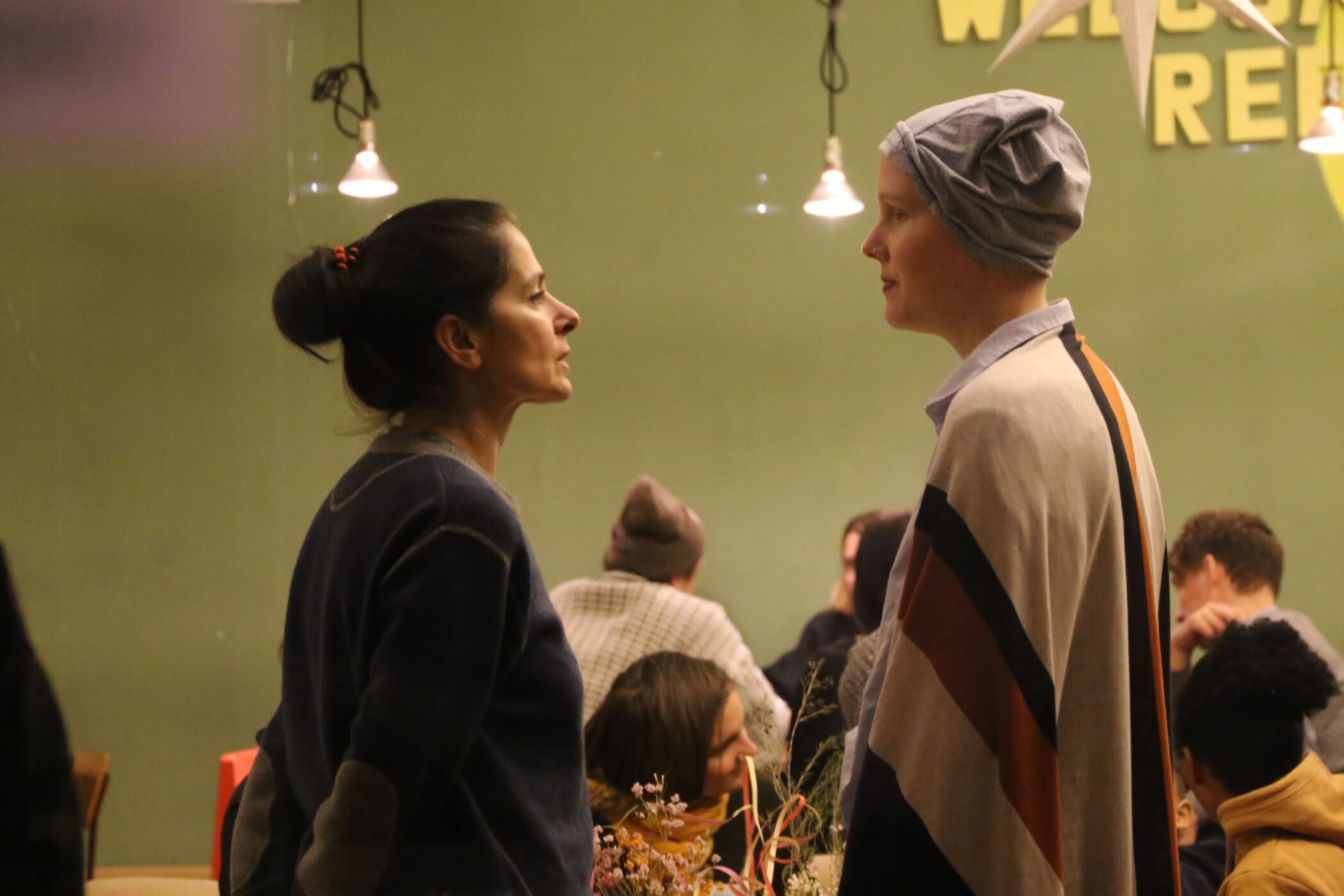 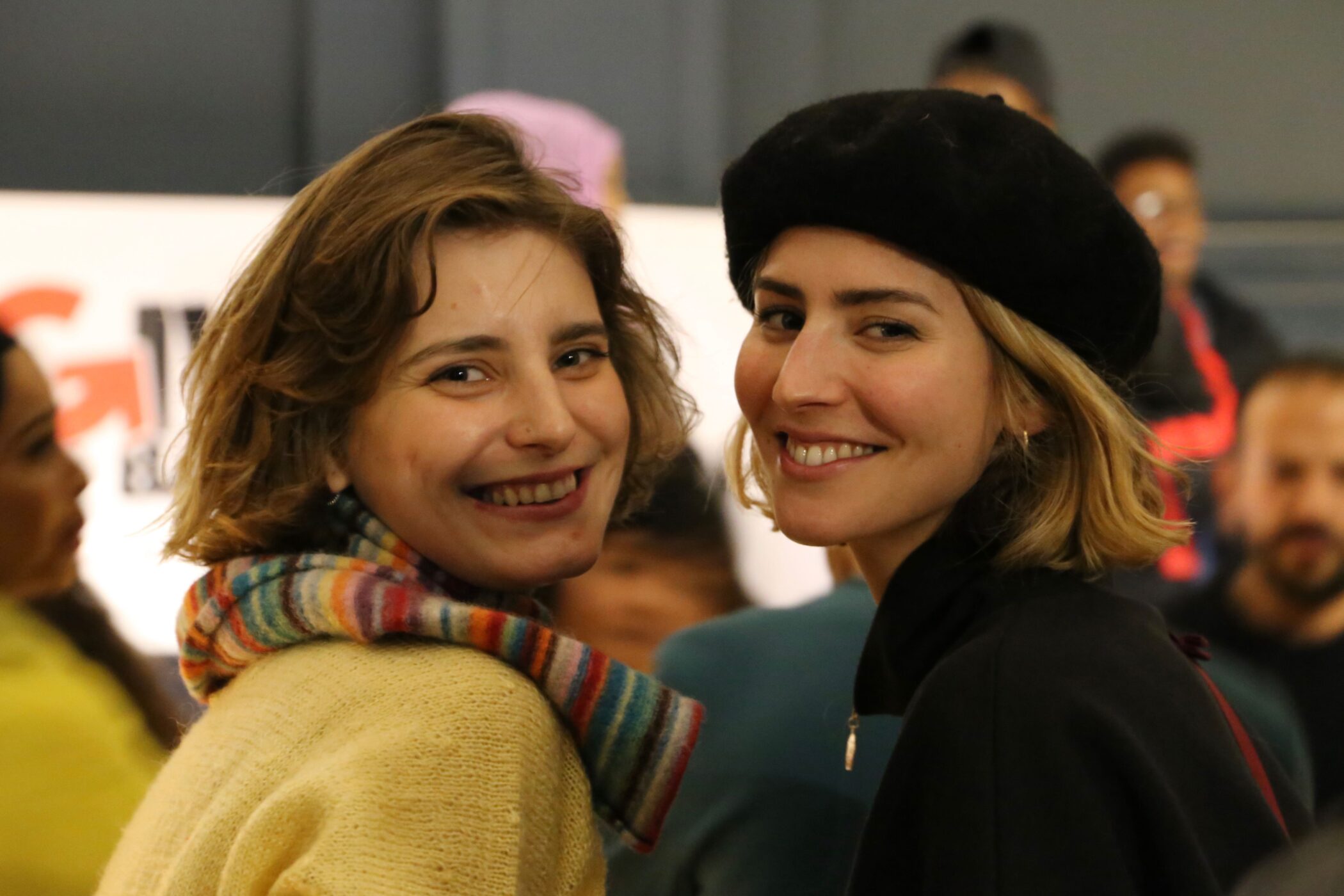 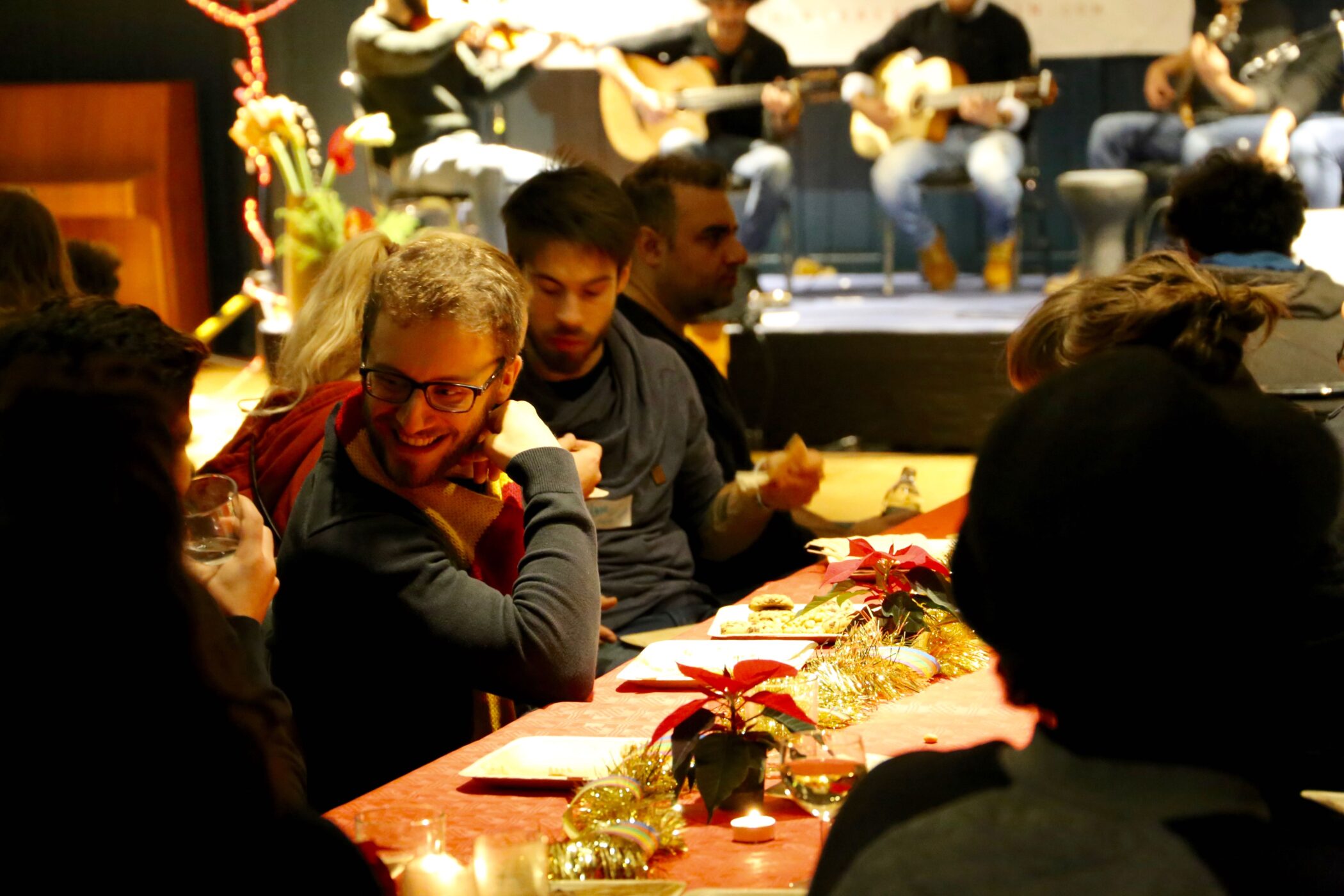 Photos from this section taken by: Juan Riumalló. 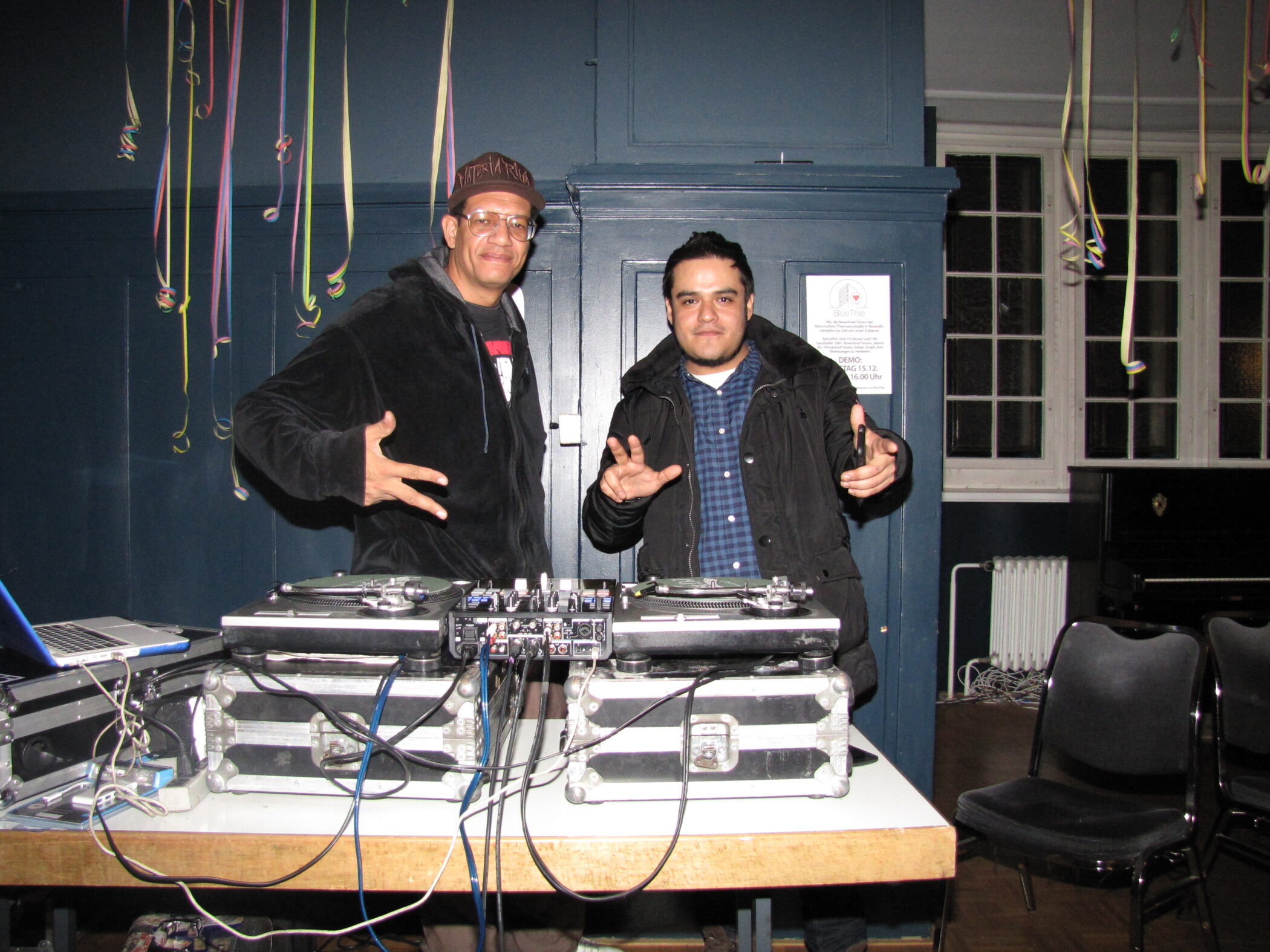 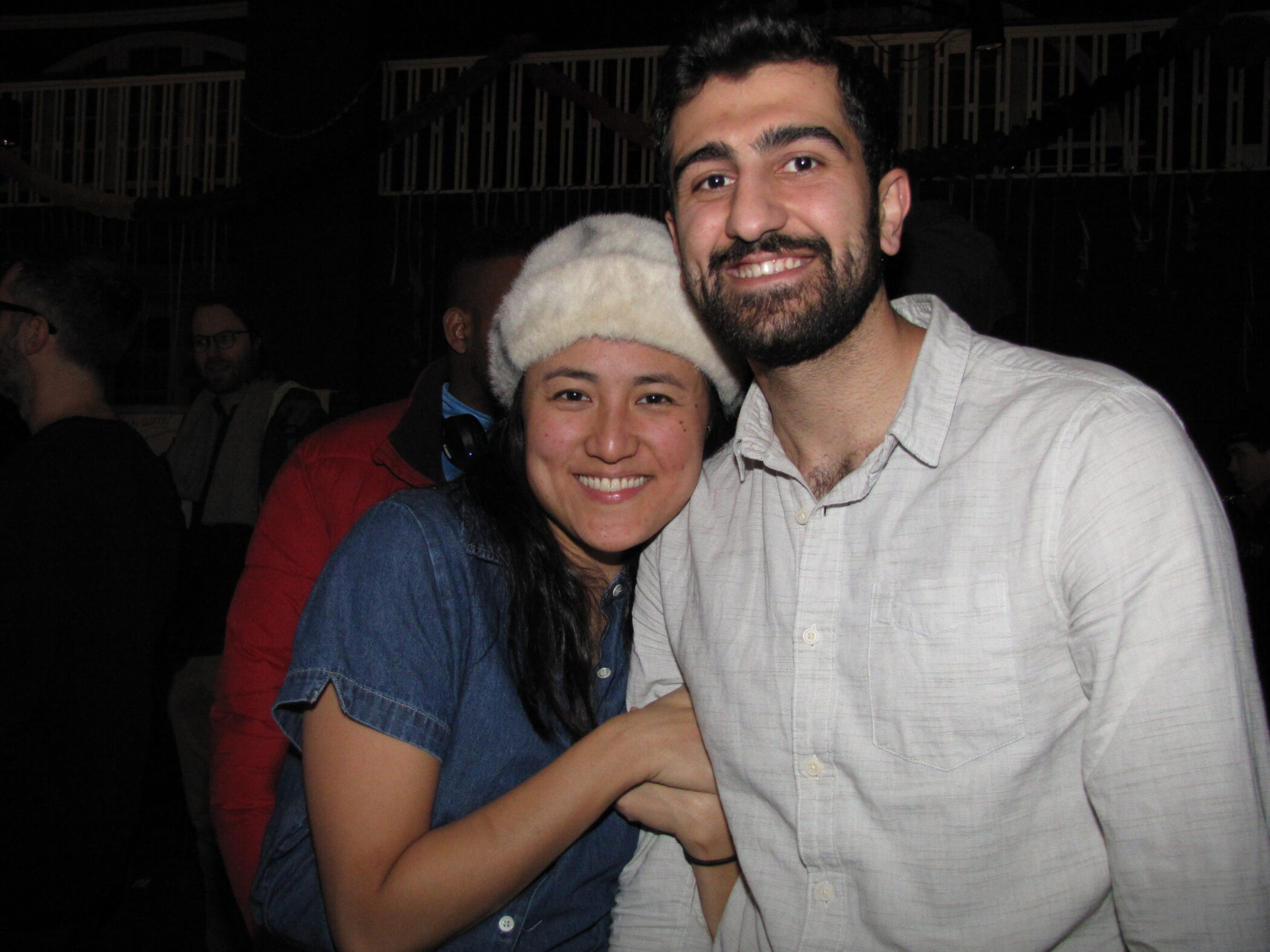 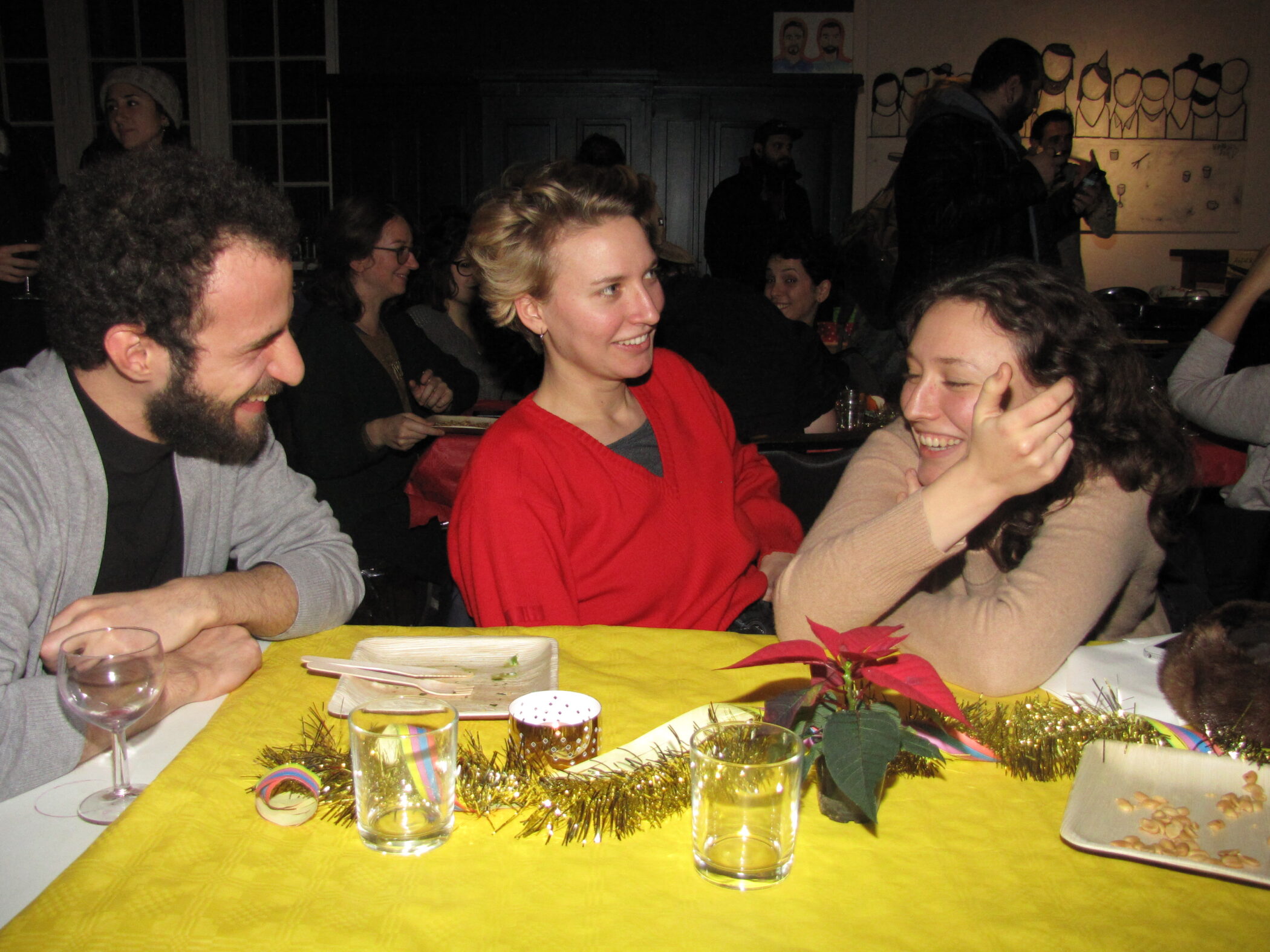 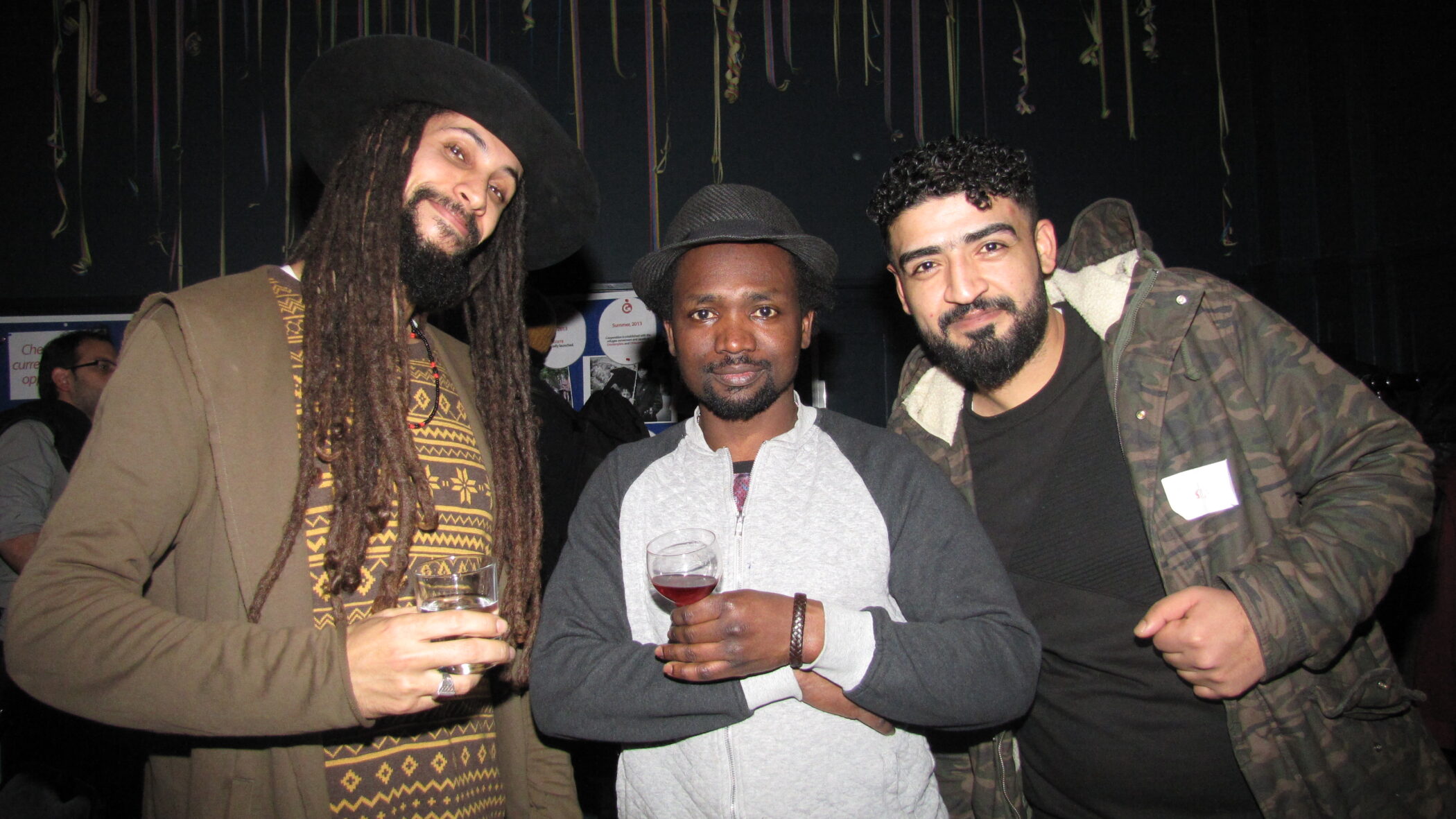 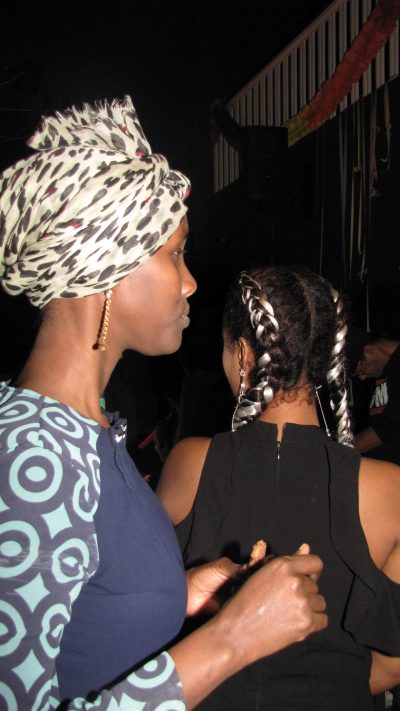 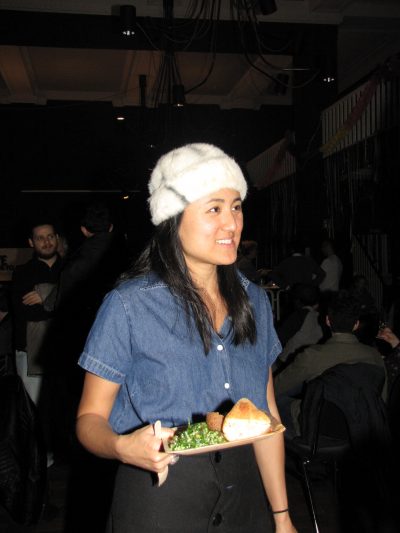 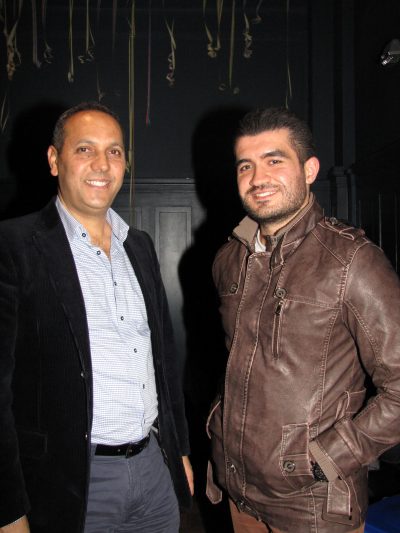 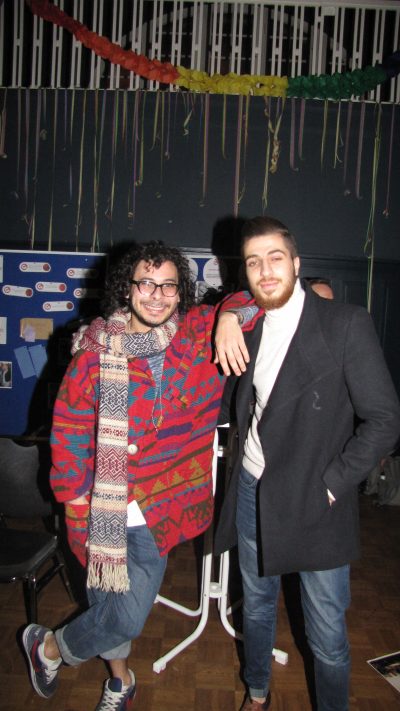 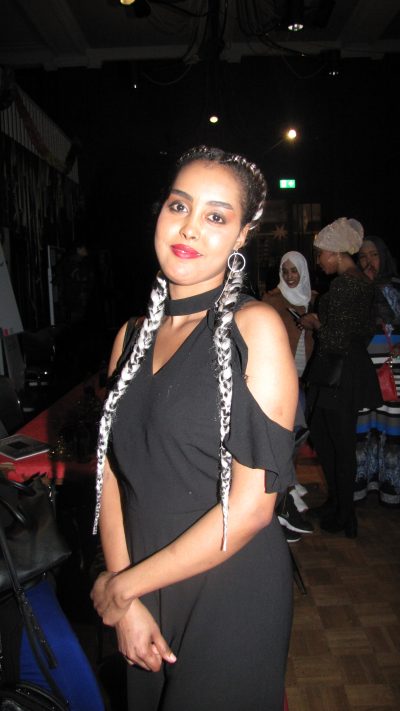 Photos from this section taken by: Caro Gettler.