What connects us all: survivor’s guilt as a universal human experience

Hania Hakiel and Antonia Stasiuk draw comparisons between the experiences of survivor’s guilt in Holocaust survivors with those of Syrian refugees in Berlin, in order to show how such guilt is a fundamentally human experience. This article is the second of a 3-part series on survivor’s guilt. Find links to parts 1 and 3 at the bottom of the article.

The first time the phenomenon of survivor’s guilt was described was during the 1960s by a group of therapists, who researched people who had survived the Holocaust, a genocide of about 6 million European Jews carried out during the Second World War by the German Third Reich. Among the symptoms characterizing survivor syndrome (recurring images of death, depression, persistent anxiety, and emotional numbness), therapists observed that one symptom that is common to many survivors is the feeling of guilt. 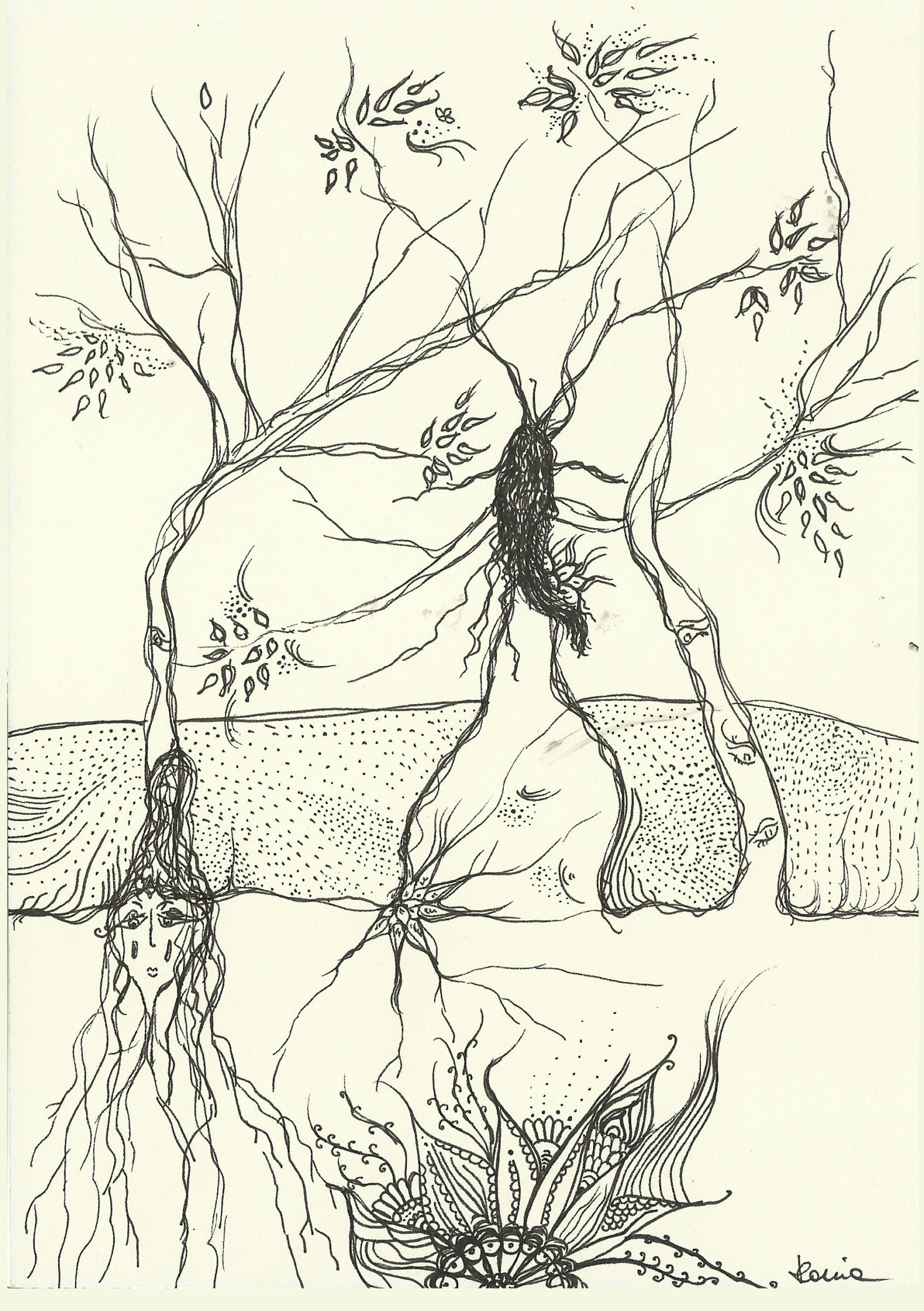 Descriptions of what survivors of the Holocaust felt after the War can be found, among others, in the works of Aaron Hass, an American-Jewish psychiatrist and himself a child of Holocaust survivors. In his article ”Survivor Guilt in Holocaust Survivors and their Children”, he touches upon how people described their own experiences and feelings, including those who confessed that they feel they should not be alive. They keep asking themselves: “Why me? Why did I survive?”, “What am I doing here? I was less than him”, “Why did I survive and not my brother and father?”.

Longer statements come from those who wonder what they could have done differently. For example, a woman named Rose tells us a story how she and her younger sister were taken to the Auschwitz concentration camp (the largest of the Nazi German concentration and extermination camps during World War II, in which over 1 million Jews were killed) in 1944. Rose survived, but her sister did not:

I felt guilty for many years that maybe I should have run back and tried to get her with me or stay with her. Maybe I didn’t do enough to stay together. Maybe I was too selfish about saving myself. You can excuse yourself and say if I had run back my fate would have been the same as hers. There is no logic to my feelings…

An American scholar Lawrence Langer, in his book ”Holocaust Testimonies”, cites another story. Victor survived thanks to a better  and safer job in the concentration camp, for which he had to abandon his ill brother: ”I left him there and I survived [prolonged weeping]. If I forget anything, this I will never forget. I try to justify my act with a practical approach. Can anybody understand it? Can anybody know my pain, my agony… that never leaves me?”.

Despite the fact that the survivor’s guilt phenomenon has been the most thoroughly examined among victims of the Holocaust, it is a universal human experience. Almost 70 years after the Second World War, we hear similar sentences among the refugees arriving in Berlin from war-torn Syria. “Now I know that I should have stayed. I should have opposed my father and never left Syria. I know I would have been dead by now, probably tortured like a rat in prison. But at least I would have died for what I believed in– freedom and justice. I would have died as a worthy man. And now, I am living being dead inside, and every day is a struggle – whether to live here like a zombie or come back to Syria and die with dignity. Every day I wake up having faces of my dead brother and cousins in front of me. I hope they can forgive me,” says 25 y.o. Mohammad from the Damascus suburbs.

In another conversation, Ahmad, a 32-year old man from Homs, talks about the isolation that comes with survivor’s guilt. “I can never post my happy photos on Facebook. I am actually constantly afraid that one of my friends would tag me in something funny. I can’t show my brothers and parents that I am laughing. They may think I have forgotten about their pain. In these photos, what you can’t see is that even when I am laughing and hugging some new friends, I have darkness and emptiness inside.”

It’s like my body is all cool having a döner on Hermannplatz, but my inner me – the real me – eats dinner with my family in Syria at the same time, fearing that death may come any moment.

As we have already mentioned in Part 1, anyone who has experienced a traumatic event, the result of which other people died or were seriously harmed, can suffer from survivor’s guilt. Neither Holocaust survivors, nor Mohammad or Ahmad are alone with their feelings. It is known too well to people who have survived car accidents or even to a twin child whose sibling died in the womb, as this experience is universally human.

Part 1 and part 3 of this series can be found by clicking the highlighted links.

This article was first published in a special mental health edition of the Arabic-German newspaper Eed Be Eed, in partnership with Give Something Back to Berlin.