Getting groovy with the environment through vegetables

Narane-Junior is an environmental activist and local produce-enthusiast who is part of the cool initiative Groovy Vegetables, which aims to bring fresh, organic produce to Berliners. Jamie Sussman met up with him to talk about his role in Groovy Vegetables, the state of environmental sustainability in Berlin, ways through which individuals and industries can reduce their ecological footprint, and his favourite vegetables. 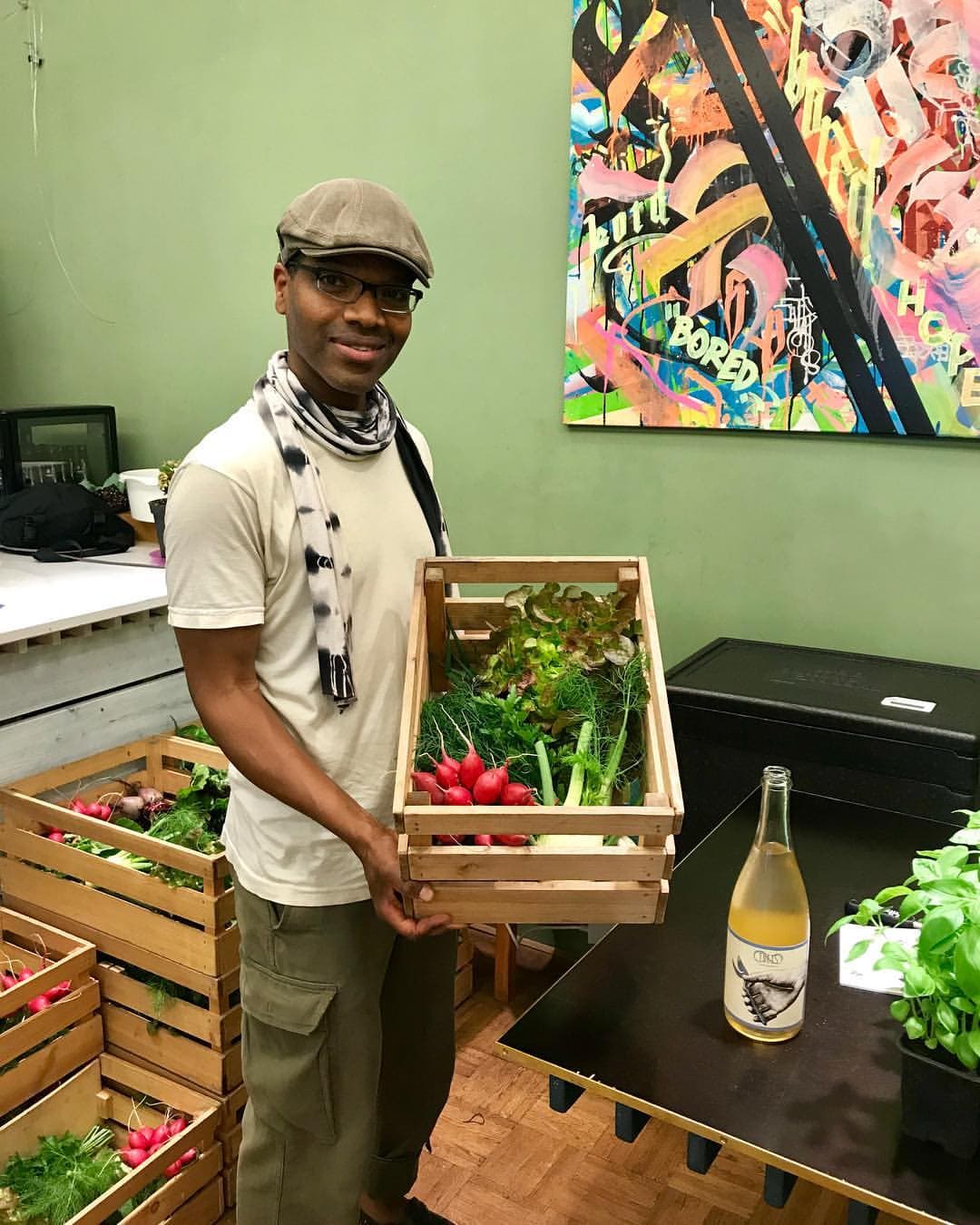 How did you start Groovy Vegetables? How would you define being a “21st century nomad”?

Living throughout Europe, where we would often move from one town to another, looking for a better and healthier environment is where the term “21st-century nomad” came from. I lived in Lisbon, and then moved to London. I would live primarily in progressive capital cities with lots of noise, movement, light, technology and frequencies in the air. I started to realise that I had become far more sensitive towards my environment, and slowly started to withdraw towards the outskirts of the city. My desire to observe various scenarios — from cities to settlements, where people lived communally — this is where the term “21st-century nomad” comes from, as we are essentially looking for the perfect place for ourselves. I then wanted to bring up a family in Germany, where we had found the right location. We live by a national park, in a naturally protected area, by the standards of nature conservation. Working with small-scale farmers (having learned from everywhere I have lived) — this was the trigger to start Groovy Vegetables; moving from the nomadic aspect to an open-ended journey, and bringing certain personalities to vegetables along the way. 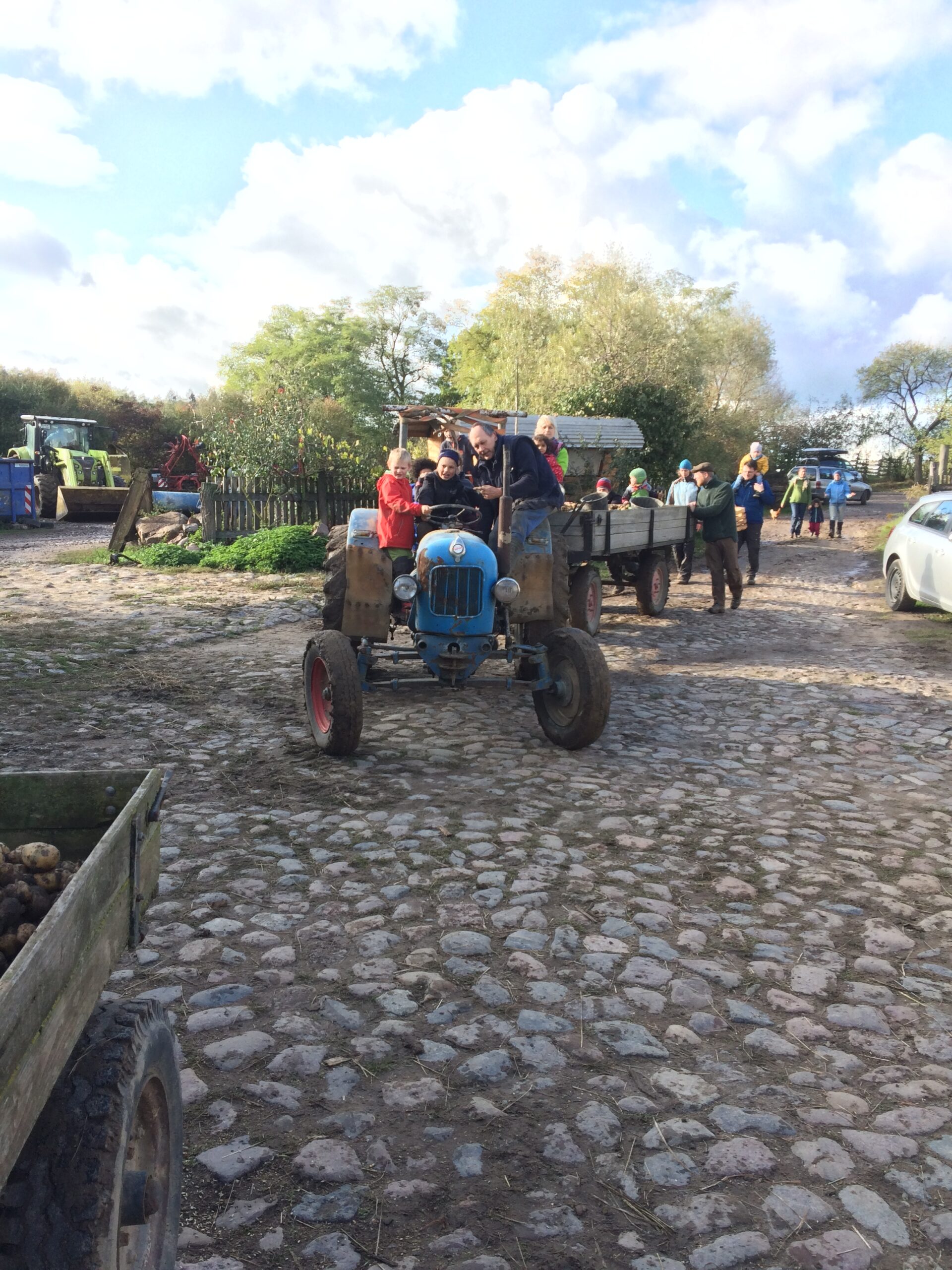 What would be the differences in the cities you have previous lived in vs. Berlin?

Wherever I have lived, there was a major concern for humanity. Humanity is extremely sensitive, it’s savvy, and citizens are always ready to get their hands dirty. In Portugal, France, Spain, and the UK, we came across various incentives that pointed towards a ‘permaculture drive’ — these were people, completely leaving cities and forming a community in the countryside, and eventually settling in the city as a permaculturalists. This became a whole way of living in and beyond Europe.

Permaculture is multidisciplinary, with a holistic view on the well-being of nature, and rests on the premise of instilling a great humility for all. All of these communities felt the same way about the environment, living in air pollution, and the natural degradation of air quality. We have to adhere to a stance for the earth, and shake the system collectively to achieve this humility. Figures such as Greta Thunberg help speak towards the communities I have lived with, and the values that we share. At Groovy Vegetables, we are concerned about the future for our children and the planet. It’s a huge mess out there. Through an exchange of information and resources on permaculture, we all know that there is a common ground that we can achieve. 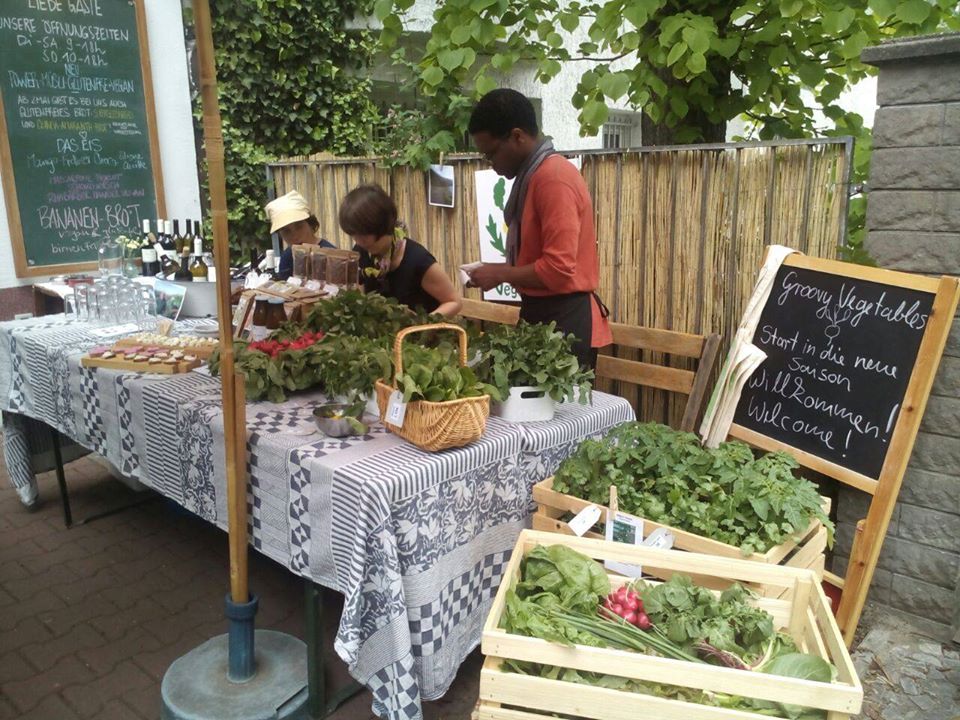 What does it mean to be an active member of the so-called “ethical economy” ?

It would be an economy that is centered on humanity and the planet through social cohesion. The ethical economy takes happiness into consideration towards the work we produce, rather than a profit-driven economy. I tend to work with the farmers directly in order to know their passions and struggles — for example, why they would compromise their dreams of what kind of plants they want to produce versus the industry standard. It’s my responsibility to support them. We tend to look towards the passion that they have, create a niche market, and place these issues to center of the conversation (such as selling tomatoes throughout the season).

Ethics come with a monetary value; however, we can place incentives that focus on human and environmental well-being instead of being driven towards profits, as long as there is an ethical place set for humans and the environment. Ethics and economy is shifting the paradigm to value the well-being towards our health and the health of the planet. We aim is to address these issues in a slow and pragmatic way. 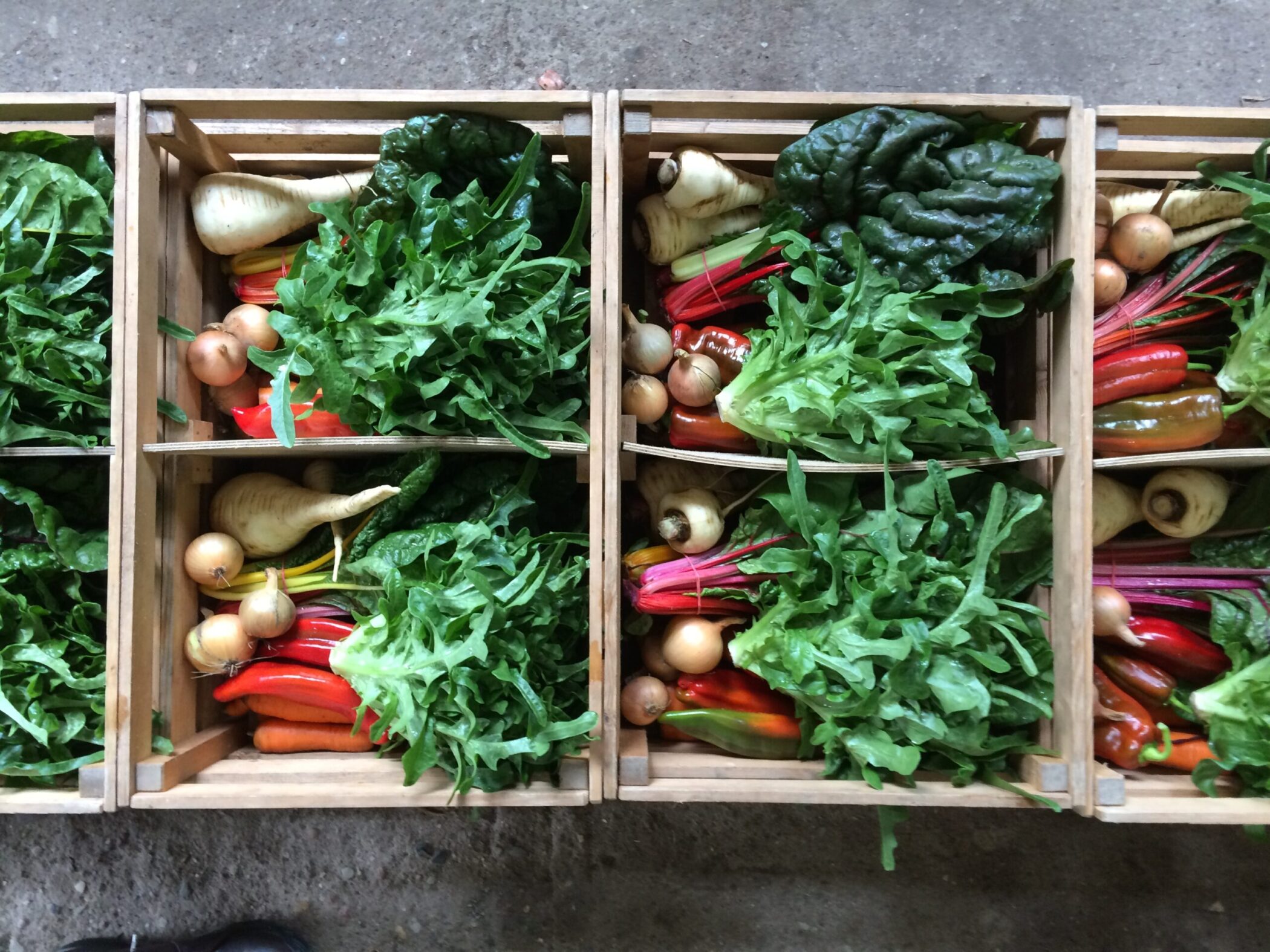 How would you define the state of sustainability in Berlin? What are Berliners doing well (or terribly) towards maintaining bio-sustainability?

Berliners are very eco-driven, and focus on wanting to contribute to making the world a better place through the history and culture of the city. Looking at their efforts in recycling, still only 15-20 percent of the rubbish produced by every household in Berlin is recycled. All of us are concerned about the environment in Berlin, even with a lack of proper infrastructure. I do think it’s the big players who are some of the biggest polluters — the authorities and the system itself.

The big polluters are the industry. Each of us collectively plays a role in the significant number of pollutants, but the production and manufacturing industry could take a larger role in sustainability, playing an environmental role such as when designing new, innovative and less wasteful technology. The other aspect is the whole system of production — and the system is intertwined. When we are looking at packaging such as in foods, there are lots of elements that don’t make any sense and are purely wasteful. They should adhere to the ‘cradle-to-cradle principle’ — that is, ensuring all that is produced can be reused for other purposes at the end of its cycle. Thinking of alternatives through technology is important, as there is no industry that doesn’t interact with another industry. With useless additive packaging in plastic, the packaging industry (which works alongside the food industry) should use the cradle-to-cradle principle. Packing should be designed to be reused or biodegradable at the minimum. As individuals, we can do a lot of things; however, the efforts of big players matter more at the end. 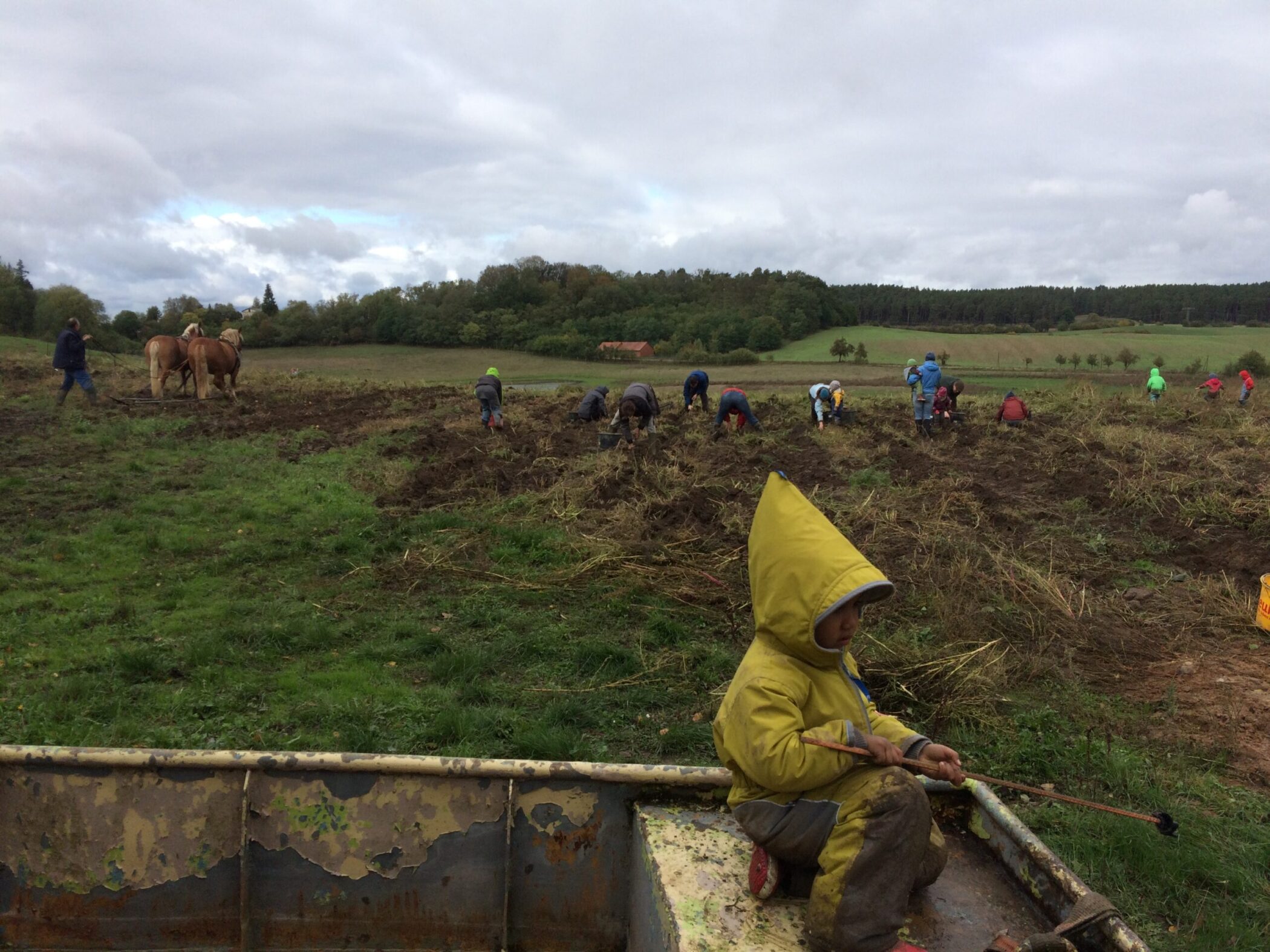 What would the difference in environmental impact between buying from a local farmer versus a supermarket retailer?

In supermarkets, we see wall-to-wall plastics. I would like to see either more recyclable plastic and paper packaging wherever it makes sense. One of the materials often used for food exportation is styrofoam; it leaks a property called styrin, which is a fluid and cognitive through water or fat. If you have fish sitting on a package made out of styrofoam, it’s contaminated. People who produce styrofoam normally leave or rotate out of the industry after ten years, due to the exposure of this chemical causing their health to suffer. It can also lead to a lack of fertility for males, as well as brain damage. Of course, one package of foods that wrapped in styrofoam will not reflect these symptoms on the consumers. Everything we use on a daily basis creates a styrene residue — which in 5 to 10 years could make our bodies more vulnerable to health issues such as cancer. I think supermarkets can try to use alternative solutions such as glass, or focus more on alternative technologies.

If the farmer is keen on the effects of packaging and waste, they should consider paper and glass, a very common material that they can find. Plastics have been an affordable tool for farmers in the dairy industry — but if farmers are interested in sustainability, they can be a leading voice on recycling or even precycling. 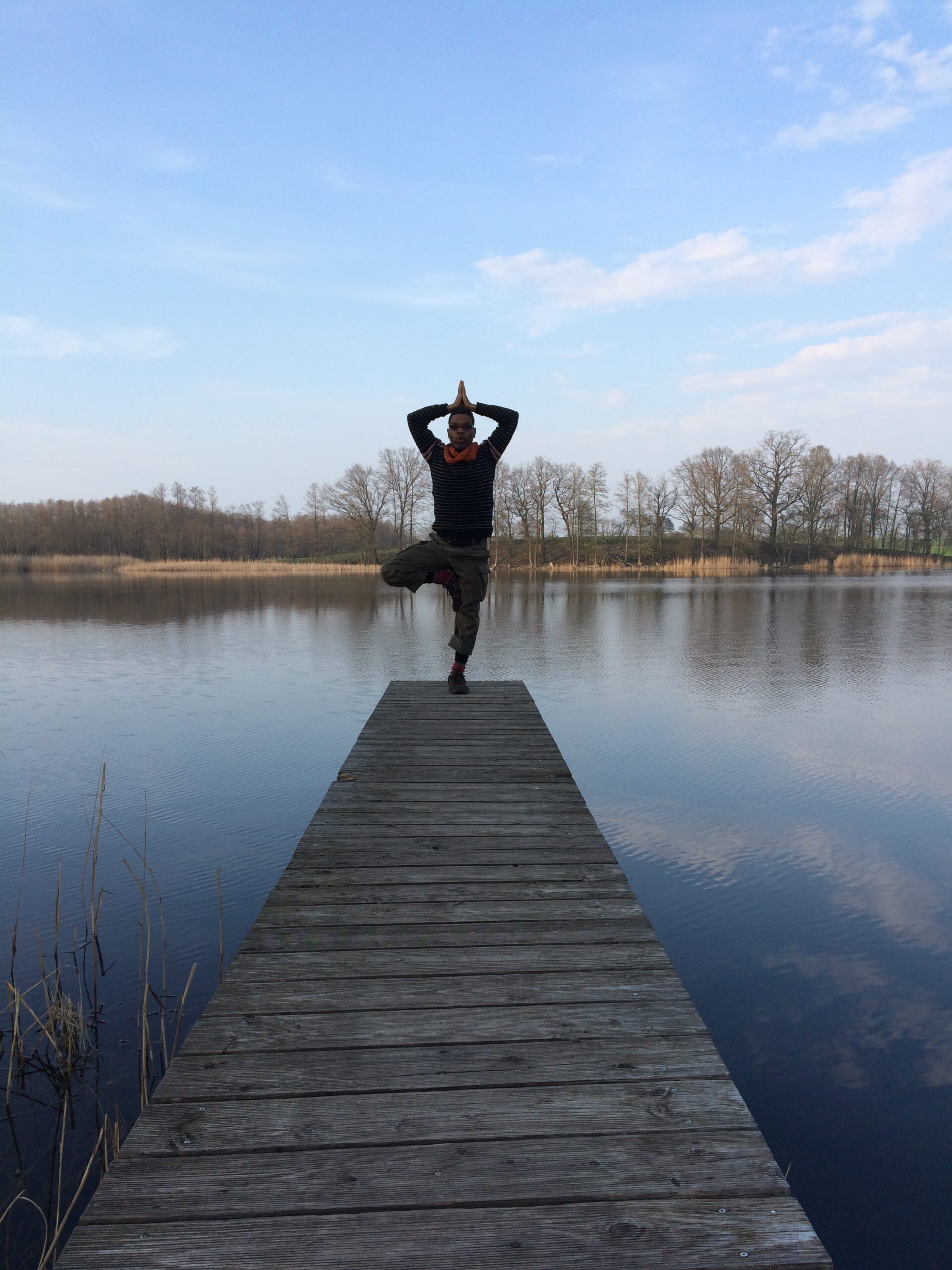 Getting some fresh air away from the city. Source: Groovy Vegetables.

How do you balance being a parent, a business owner, a community member, and an environmental activist within the Groovy Vegetables model?

Well, it’s a lot of things to balance and juggle. I’ve got a three-year-old kid, which is an interesting phase in their mental health and well-being. We are not the only ones facing the challenges within our children’s lives. They aren’t isolated from the natural environment, so activism and ecology makes sense, as this is our inherited burden. Juggling between learning about ecology and teaching humility is a process that goes on and on. It takes passion, commitment and love for the planet and our fellow human beings — following a dream of doing better for ourselves, getting out of our zone of comfort, and interacting with people who hold different perspectives. Holistically, I have learned a lot through these experiences, such as how people label the green movement and share these movements. The conversations can take many of our actions, thoughts, and impact into account. 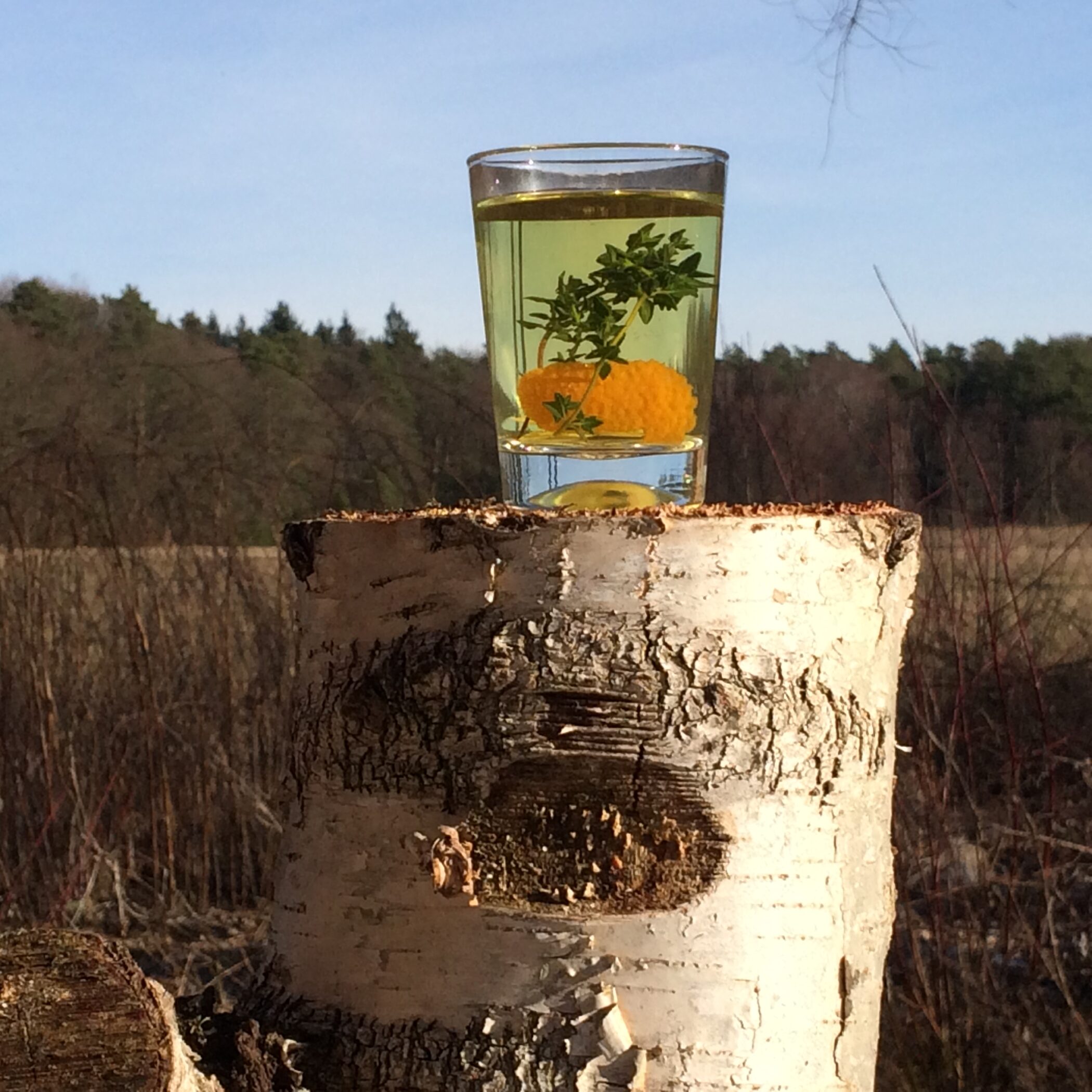 What would you recommend as a quick winter meal one can create using your produce?

I wish I had a better answer. But the reality is harsh — it’s winter and nothing grows. What we do at Groovy Vegetables is to ask the farmers themselves what they can grow. Some farmers have glasshouses, so they can grow greens in the winter, and we are now working with a bio-dynamic farmer with a frost-free greenhouse. We also work on creating crates made from local wood cut during the winter that are then used to store our vegetables. Apart from green leaves and green produce from a frost-free greenhouse, we are also connected to Mediterranean specialties in Sicily and Catalonia, working with young farmers who are wine, olive oil and citrus producers. I decided to merge with them to place an emphasis on organic produce, while getting a much-needed boost of vitamin C. Unfortunately, CO2 exposure is inevitable throughout this process. However, I advocate for industries to look into new forms of environmentally-efficient production methods. We are looking towards minimizing CO2 production where it makes sense, but we really should look more towards the car industry to act. 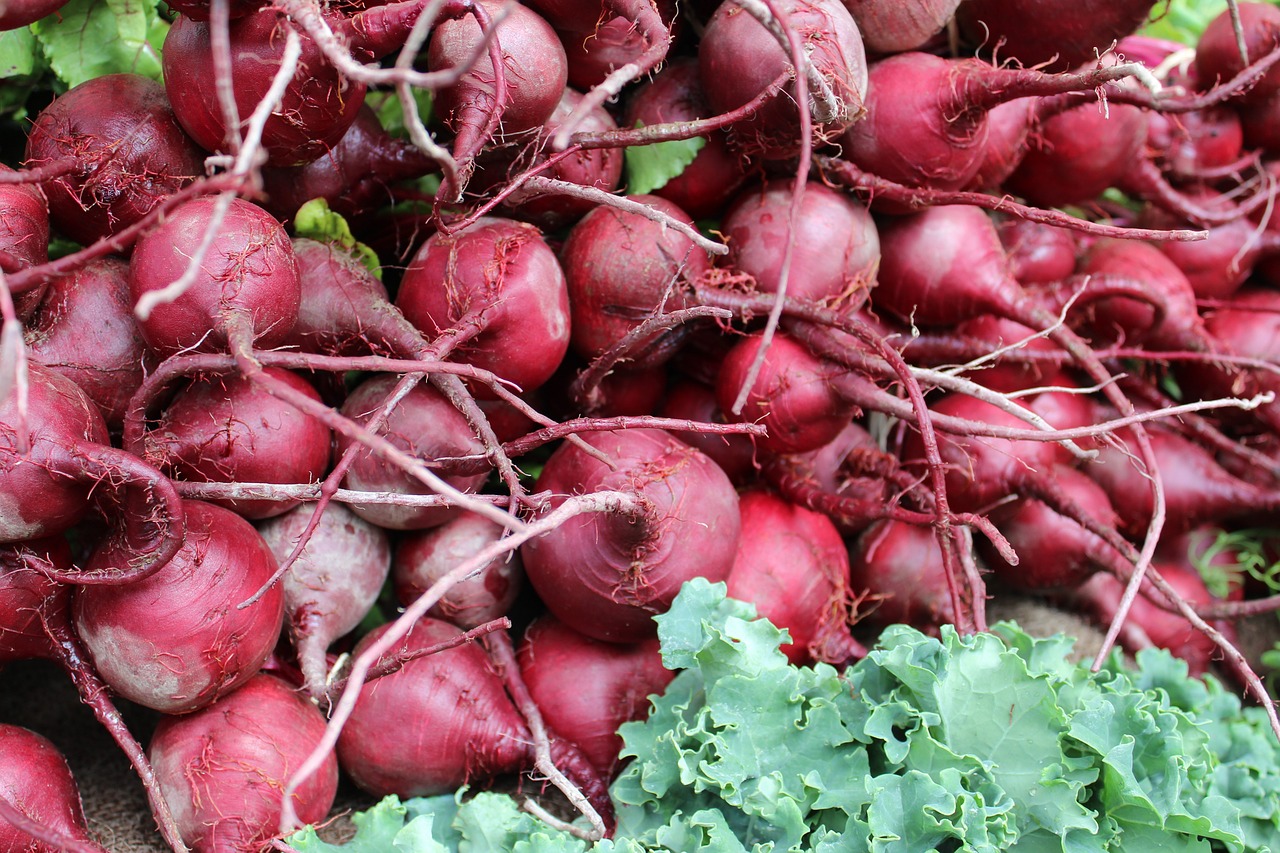 Thank you so much for your time. One final question: what are your go-to food cravings or favourite vegetables to grow?

I love beetroots as a root vegetable — that red colour is very strong! I also love beans; chickpeas and kidney beans are my go-to. Loads of water and fibre!