What 8 March is really about – testimonies from Open Hearts Space

We interviewed some of the remarkable women of the Open Hearts Space community and asked them what 8 March (International Women´s Day) represents for them. They come from all around the world and have different backgrounds; some are volunteers, others participants, but they all share a desire to make this world a juster place for women. They told us about the women´s rights situation in their home countries, the topics and struggles close to their hearts, and their hopes for the future. 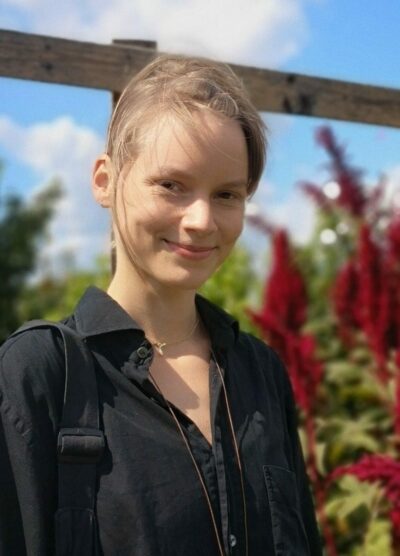 “This is a day to remind us that things are not really getting better – despite more awareness and the rise of mainstream feminism. Gender-specific violence, oppression, and exploitation are prevalent. And in times of crisis and in the current pandemic, these issues are becoming more severe. In Germany, we see the same discussions over and over again, especially around representation politics. That might serve the ones at the top and it might be good to tell those stories – but it does not include those in the margins, the ones in need, or the ones part of the working class: it does not include the many. The struggle for our rights has to be seen in the context of the oppressive and exploitative capitalist system that we live in. I’d like to see this in conversations within mainstream feminism more – otherwise, we are only fighting the symptoms, not the causes. On the way towards change, the practice of collective care, the centring of marginal voices, and the dismantling of patriarchy even in small ways are really needed. There can be experiences of healing and liberation alongside that path for all of us.” 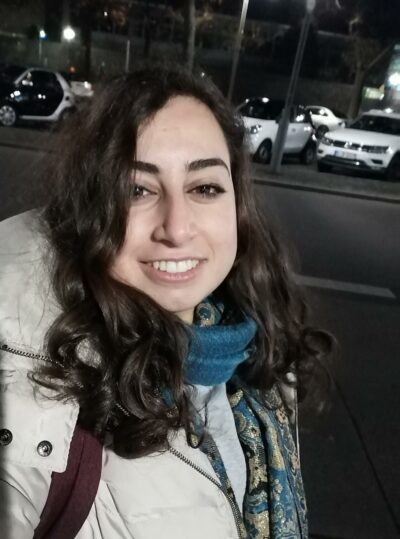 “There is still lots of work to be done. I believe that there is a rooted system that will necessitate a long time in order for it to change. We need to keep talking about how to be ourselves without the pressure from the outside and how we can be in the best place we wish for us as women, by changing the factors that limit us. Talking about women’s rights is a very wide topic that touches upon all the aspects of life. I believe that one important topic should be how to empower immigrant women and help them navigate the new communities on their own. Many women I know are struggling to find their place between the home community and the new community. They are not able to express themselves or take control over their life. My wish for the next years is to see more immigrant women taking their place in the community and expressing their own mix of cultures.” 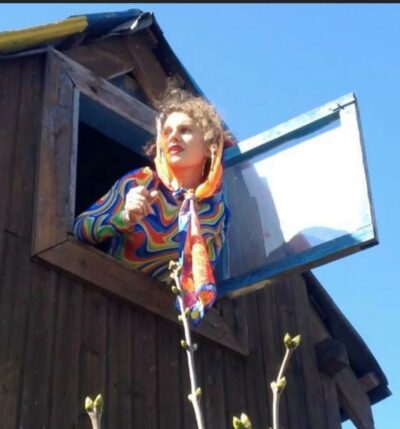 “These days Womxnhood feels like a playful see-saw balance between my feminine and masculine energies and exploring vulnerability and softness in new empowering ways, rather than in terms of being overly accommodating. The conversations we have about women’s rights need to be intersectional because the glove of white and/or western feminism does not fit all, nor does it address the layered struggles that more marginalized identities experience. In this conversation, I find it important that we take time to look at the complex (cultural) contexts and the varied reasons and ways in which sexism operates in each given context. It’s about equity, not equality. The invisible labour that women do in society should also be discussed and made more visible to men. Womxn’s roles in my two homes (California and Slovakia) are very contrasting, but I am proud of the progress Slovakia is slowly making, and I think it is important to not banish all forms of more “traditional” homely womxnhood and embrace only the more Western liberated vision. We must explore everything in between and above, for we are infinite and in our identities and possibilities.” 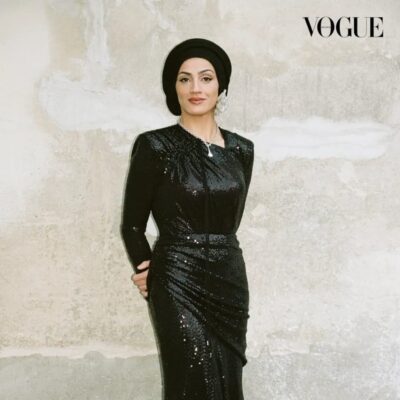 “Maybe 8 March reminded me that women were finally able to prove that they have the right to exist on this planet and that their fights and strength could change things. This day also reminds me of the women in my country and thinking of them, my heart gets filled with sadness. Some of those women are brave enough to say what they believe. My wish for this day is for all the women around the world to be free of any form of oppression or limitation so that this world can finally smile again.” 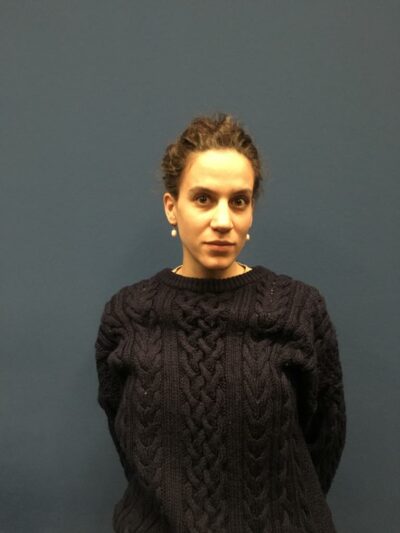 “I know that women’s rights are a vast topic that touches many aspects of our lives. However, if I had to choose one issue closest to my heart at the present moment, it would be the issue of abortion in Poland, my home country. I am aware that limited access to abortion and complete lack of it is not only a topic for Polish women because, for example, in Europe, we can also talk about Malta or Lichtenstein. But since I am Polish myself, this topic significantly moves and makes me angery. In October 2020, the constitutional court ruled that it is unconstitutional to terminate a pregnancy when there is a high probability of severe and irreversible fetal impairment or an incurable life-threatening disease. The two other grounds that still allow for legal abortion are when the pregnancy poses a life threat to the pregnant woman’s life or when there is a reasonable suspicion that the pregnancy resulted from a criminal act like rape or incest. The previous law in effect since 1993 was already very restrictive; its supporters defined it as an “abortion compromise”, and the women who were pushing for total legalization of abortion called it the “rotten compromise”. What is important to know, is that in 2019, out of all the abortions performed legally in Poland, over 97% of them were made under the premise of fetal impairment. This means that by banning such abortions, they are practically banned in general in Poland. Of course, women have fought very bravely during all this time. They have been demonstrating and have mobilized a huge part of society to fight. And they do not stop fighting, whether it is in the streets, collecting signatures, or simply supporting each other.” 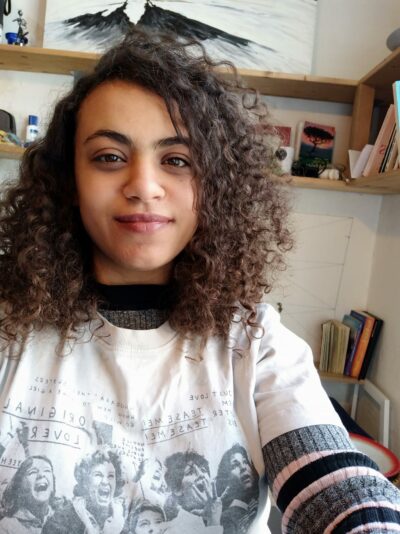 “International women’s day and the month that follows it represent a longstanding fight against patriarchy, and it speaks of women’s sovereignty and resilience in fighting social injustice and the ancient persisting patriarchal system. I am very proud that women have been coming together across the globe for decades to stand in solidarity for women’s rights all over the world. As young women, we have learned how to be more proud and secure in our femininity without leaning on masculinity to be seen or heard or to get the things we want. We learned how to love ourselves and our gender and tap into the power of femininity. I’m also really proud to see that nowadays teenagers learn about women who gained leadership positions and were able to underscore what can be achieved when we lead with a drive of human rights, evidence and compassion. And, of course, there is still such a long way to go. In Egypt, my home country, many conversations have led to campaigns against sexual harassment and rape. I believe that this is a positive thing, even if those struggles have been taking place for the last three decades. I am happy that this is being talked about. Women finally stopped asking politely for their fundamental rights to be respected, such as being sexually harassed or having the final say over their bodies. We have a voice, and we should stop asking politely for our God-given rights.” 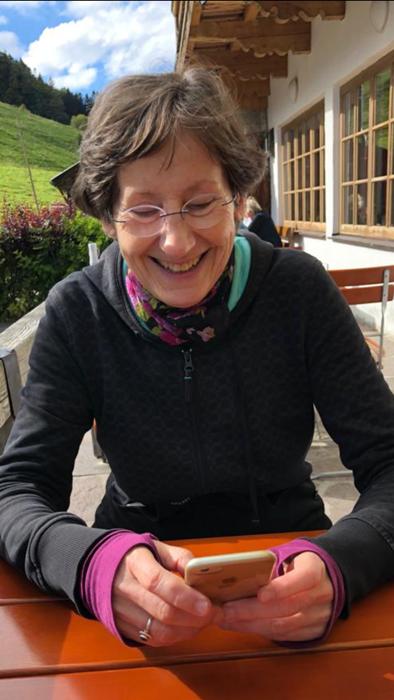 “It makes me angry because as long as we have to celebrate women’s day, it means that the cause of women is far from where it should be. Of course, we have women such as Sanna Marin in Finland, Ingrida Simonyte in Lithuania, Erna Solberg in Norway, Victoire Tomegah Dogbe in Togo, and Angela Merkel here in Germany. But according to how you count it, only 19 or 21 women are chief of state or government out of 193 countries. According to a source in the EU, the gender pay gap in the EU is still around 14% and in Germany, it was about 19% in 2019. And as far as for my country, France, women earn an average of 13 to 19 % less than men. In the public service in France, we have 59% to 70% women working in hospitals and only 16% of women in leading positions. Yes, things have changed. Women don’t need their husbands’ authorization anymore to open a bank account like it was the case for my mother. But I am afraid that equality is far from being a reality. There is still a lot to be done at the level of education. And by that, I don’t only mean in schools but also at home. What counts is what we say and what we do.” 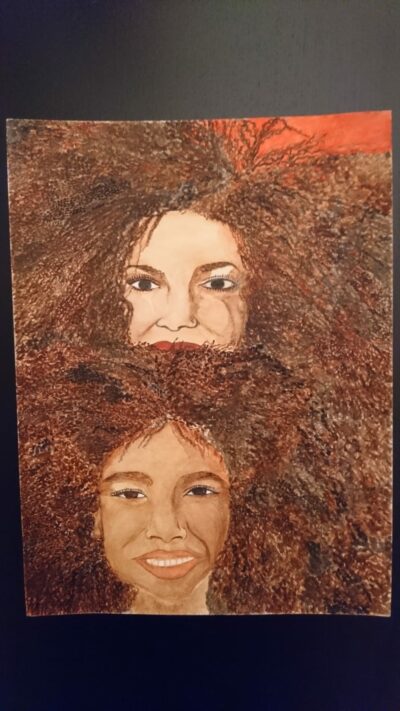 “To me, this painting represents the feminine heritage. What a mother transmits to her daughter and what we inherited from past generations, which can also serve as a form of protection. It also represents the inner child present within every woman.
I also wanted to address the fact that many women straighten their hair to adapt to specific beauty standards. In this sense, this painting also speaks about liberation from those standards and the full acceptance of oneself. I find it interesting to see how this phenomenon is still inherited from colonial times, where afro-textured hair was described as wild and unsightly. There was an attempt to control it in the same way that nature and women were being controlled. When in reality, this is what protects us. In this sense, it is also a metaphor of the feminine hair and nature in general, as we are destroying forests and the natural habitat of many other species.”

Bissan, student and intern at the Open Hearts Space, Syria 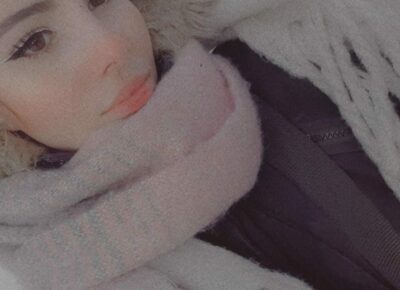 “The women’s rights situation in my country is not good. Harassment and honour murders are still a reality. In general, women are still mostly seen as reproductive bodies, and it is still often their job to raise children and take care of the home. Being a feminist always came naturally to me, as I grew up in a rather anti-feminist environment. I started questioning gendered roles very early on at the age of 10, asking myself why women had to stay home and why men were telling them what to do. It didn’t make sense to me. So I would say that I started my feminist journey a long time ago. Being a feminist gives me hope that fewer women will be raped, harassed, told what to do, or have their freedom taken away in the future. And as I see it, this is already getting better. I can see an improvement in my country. Over the years, mentalities changed, and people started realizing that women belong everywhere. They can work on construction sites, they can be engineers, doctors, astronauts, anything they want!” 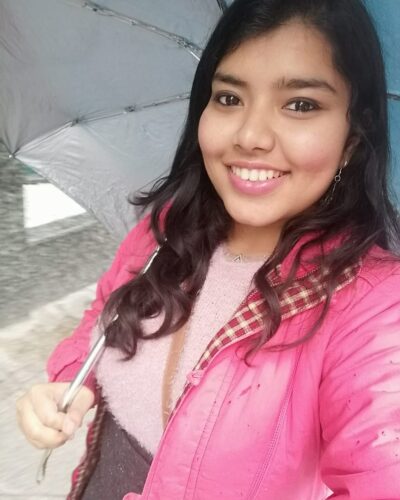 “This month should be an opportunity to celebrate the feminine essence, the feminine strength, and the contributions that 50% of the world’s population can make if given the right place and opportunities. I think that it has been far too long that we have been asking men to provide us with those chances and possibilities. It is time we take the responsibility into our own hands, and I would love to see more women in all sorts of fields. I am an engineer, and I don’t see many women in my area. I would encourage women to take full steps to be the first ones in whatever they wish to pursue in life. We don’t need anyone’s permission, we have to do it ourselves, and I want women to be celebrated as equal contributors to society.”

Image by Vonecia Carswell on Unsplash